Terenure College RFC say there will be a festival-like atmosphere and a huge welcome to everyone in their local community for their Energia All-Ireland League Division 1A semi-Final this Saturday.

The hospitality has also been extended to supporters of Lansdowne for the mouth-watering meeting of the two sides at Lakelands Park with a 2.30pm kick off.

Mark Hamilton is one of Terenure’s team managers. He is in his 13th season in their 1st XV’s backroom team and says it is a privilege to be involved. He told IrishRugby.ie:

I honestly don’t think I’ve met a closer bunch of lads. Everyone has bought into our goal this season. It’s an absolute pleasure to be involved with them.

“There’s tremendous ability throughout the first and second squads, but what really sums it up is how tight they are as friends off the pitch.

“They train, gym and recover together but they’d spend time with each other away from rugby as well.” 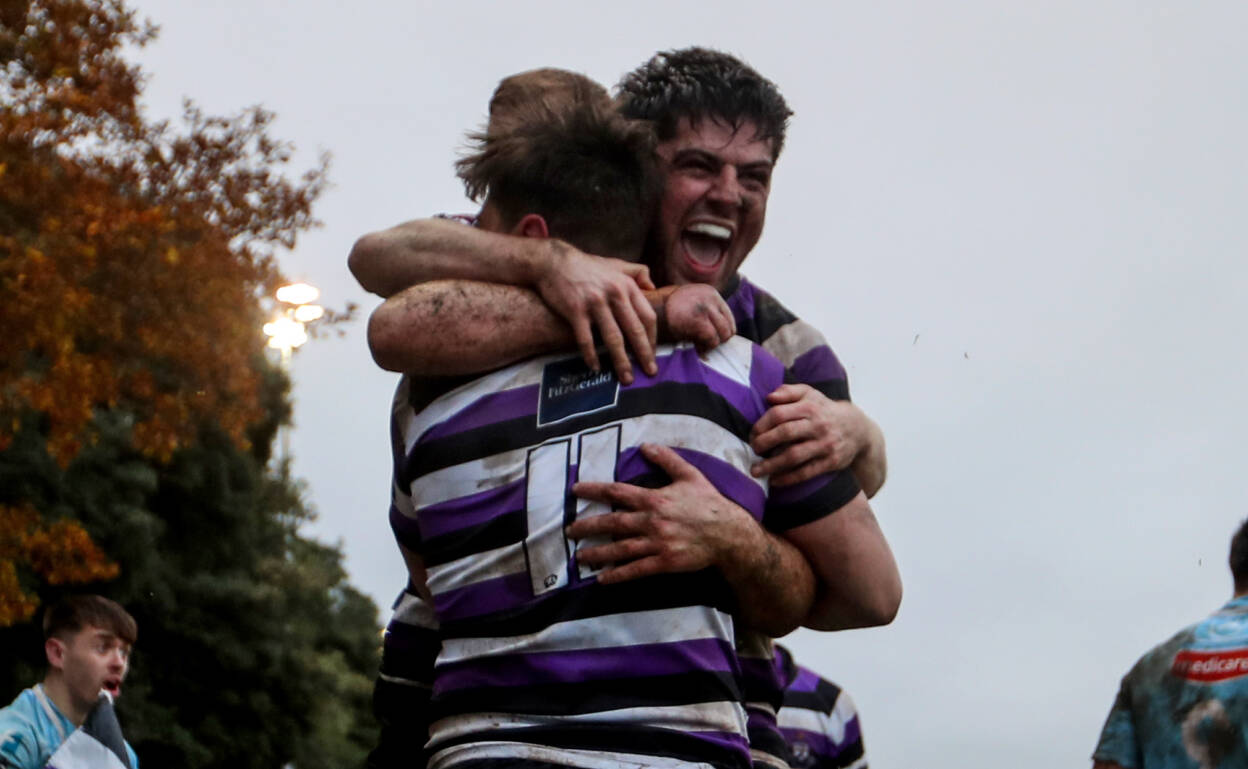 Terenure have been working hard in recent years and throughout the pandemic to make Lakelands Park a welcoming place for everyone in their community with the right rugby offerings to match. Hamilton says it has influenced the mix in their men’s 1st XV also.

“There’s a fair amount of lads who’ve come through the school in Terenure but then there’s another chunk of lads who haven’t and they bring a really good balance to the group.

“They’d do anything for the club and they know what the club means to our community. We’ve been in some tight encounters already this season and that will and want to represent the club has really stood to us.”

Like Clontarf on the other half of the draw, Terenure College have seen a real boost in support this season – one that has helped drive the team all the way to the playoffs.

“The crowds have been brilliant,” say Mark, who is also team manager in the Ireland Club XV set-up. “It creates a buzz at every game, not just at home but away as well because the travelling support have been phenomenal.

“Again, there’s a real mix of people who are new to the club but we’re seeing all those minis, underage players and parents in the club really get behind us. The numbers have been huge and the lads appreciate it so much.” 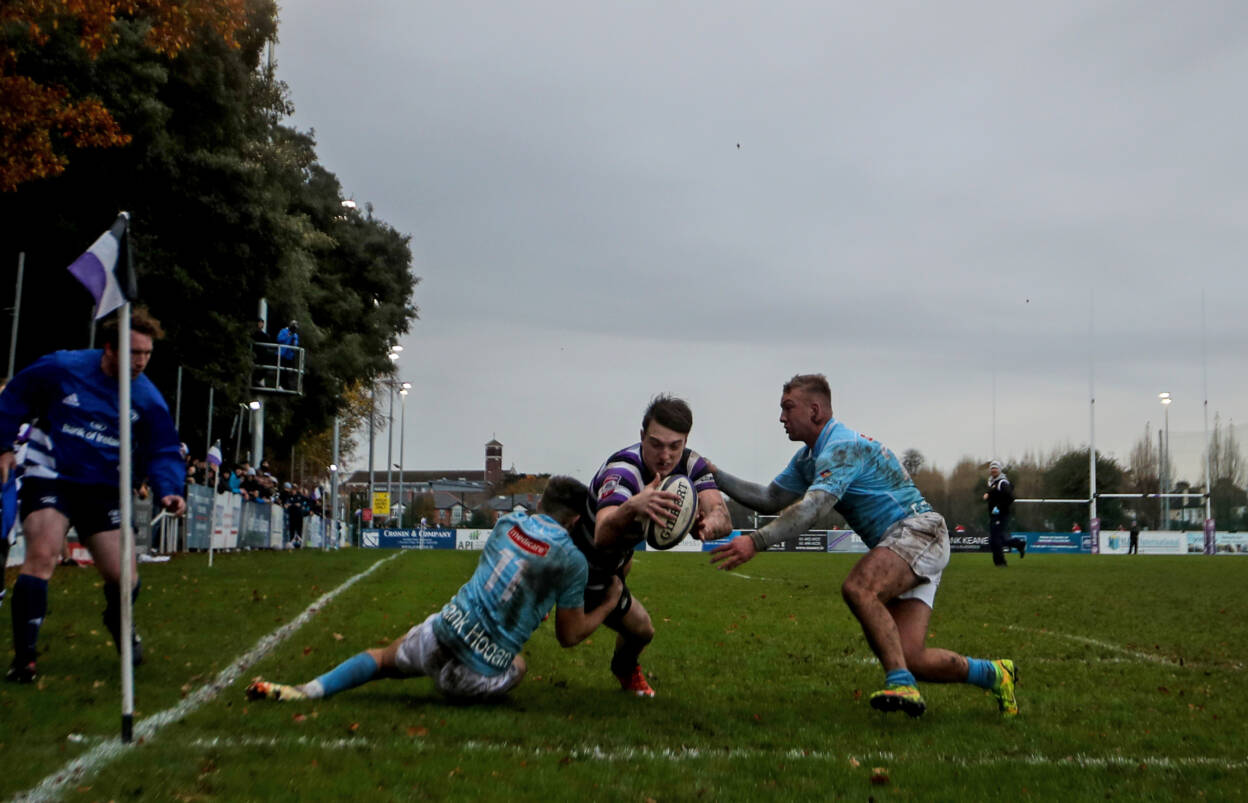 It is clear that the success in the club is not solely defined by the fortunes of their ambitious Energia All-Ireland League team.

As ‘Nure’s director of rugby Ian Morgan comments: “We have six men’s teams and an Under-20 team, we’ve been developing offerings for women and we’ve got the Terenure Tigers team for rugby players with a disability.

“Initiatives like our team of the month also helps to bring the club together because players from every team can be nominated.

“Coaches from every team attend a monthly rugby review meeting, they get to know each other and it helps with the huge buy-in we’re getting from players going to each other’s matches.

“The biggest producer of support is players. They are enjoying their rugby and they’re getting their mates to come down. It’s a good place to watch a game, especially with the outdoor seating and the pizza truck.

“Most of our games are on a Saturday and when you have a seconds game taking place the same day, you know there’s going to be a buzz in the club that night.”

He added: “The coffee truck has been a huge success. It brings people in from the local community. They can go for walks here, have a coffee and know that they’re welcome to matches, but people have to know when they’re on.

“You can go four or five weeks without an All-Ireland League home game and social media has been a huge help with that. People know they are welcome and know when games are on.” 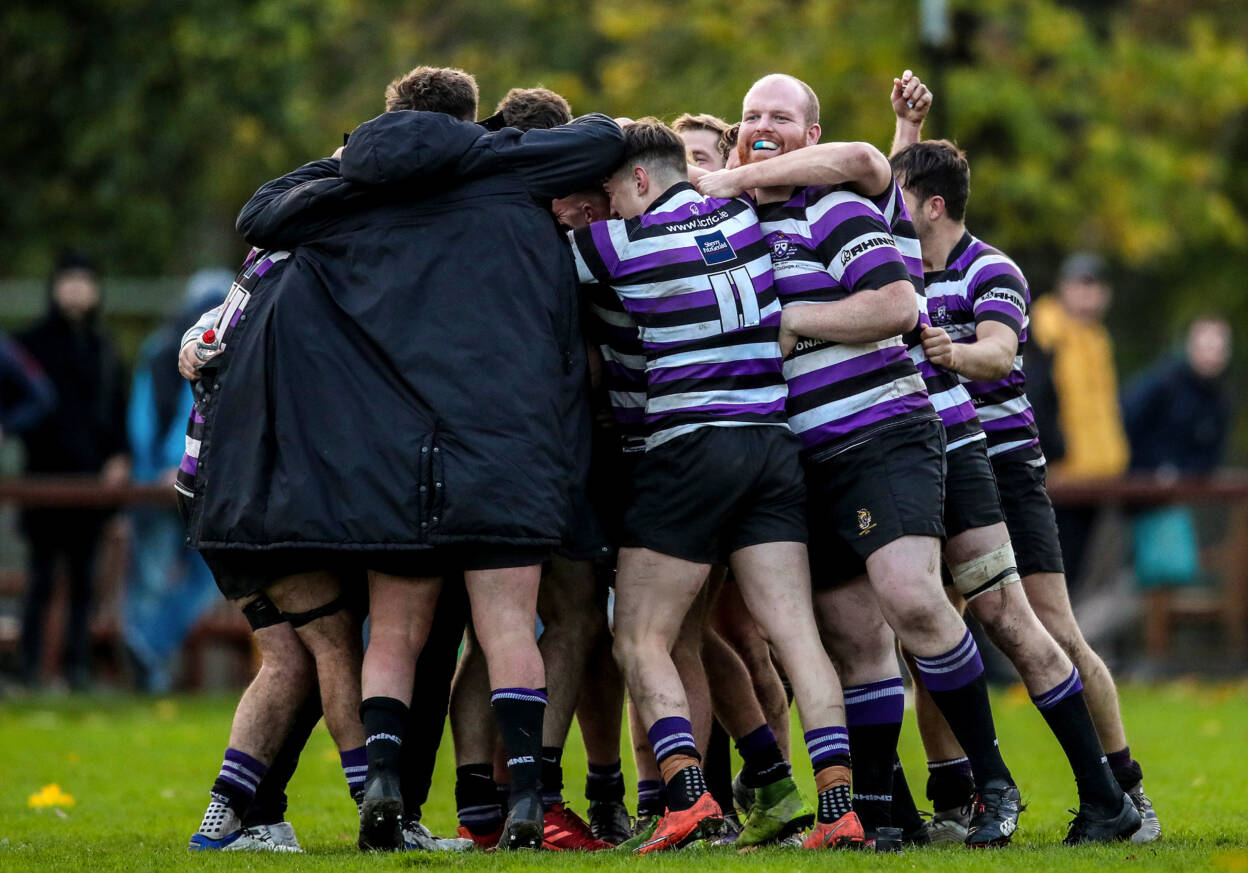 With great momentum behind the side’s results and a groundswell of support in full voice, is there a risk that Sean Skehan’s charges might get ahead of themselves?

“No,” says Hamilton, plainly. “Managing expectation can be difficult but this team will just keep doing what they’ve been doing. They’re a grounded bunch and they’re taking everything in their stride.

“A number of the squad would have been involved in the 2018 semi-final which we lost at home, 22-15, to Cork Constitution and that will also stand to them.

“I’m 13 years in the backroom team but nearly 20 years involved in the club, and this is the hardest working team I’ve seen.” 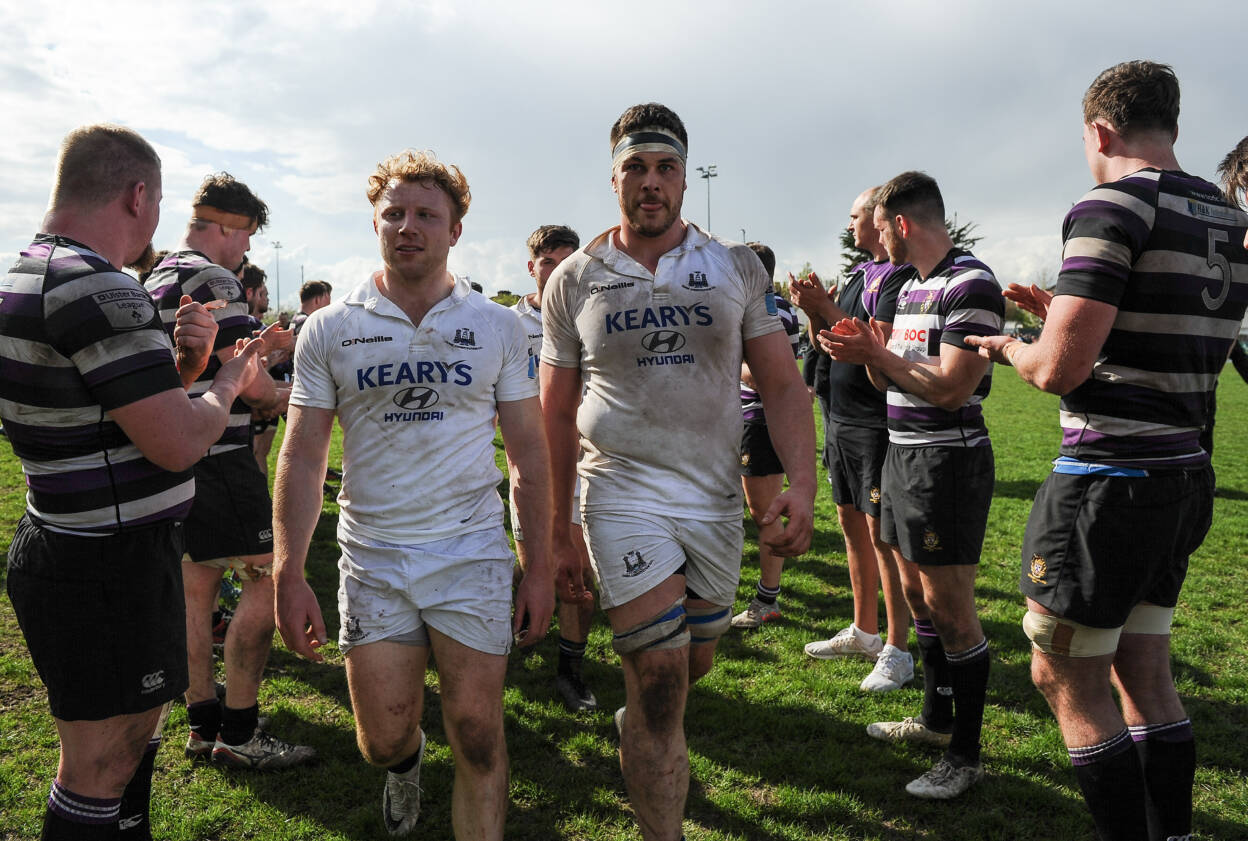 While the quality of rugby between two of the most exciting teams in the division is assured, ‘Nure are pulling out all the stops to ensure a full day of entertainment.

“We’re bringing in a marquee so we can accommodate as many of the extended local community as possible. We want the Lansdowne supporters to know they are really welcome too.

“The pre-match lunch is sold out already but we’ve a waiting list and there will be lots of food options and entertainment for anyone who can make it to the match. It’ll be a special day for the parish.” 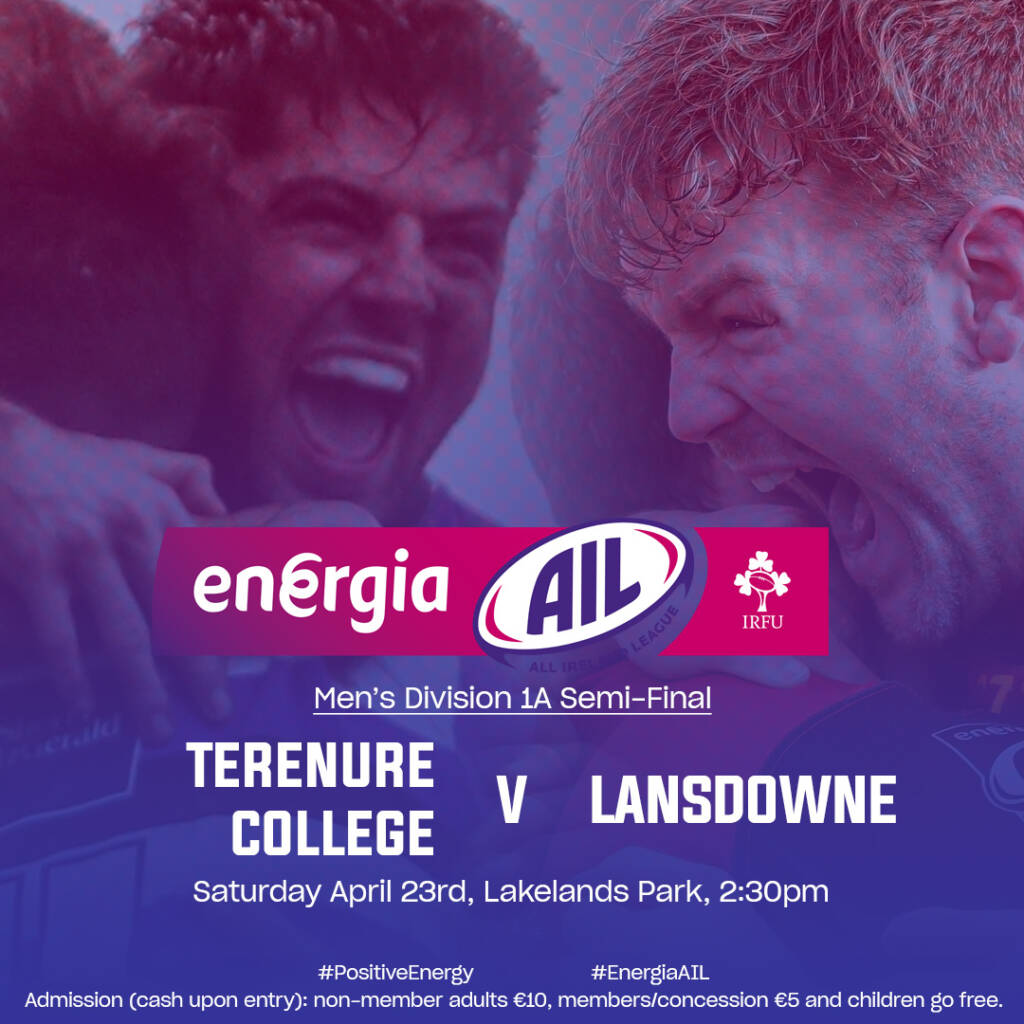 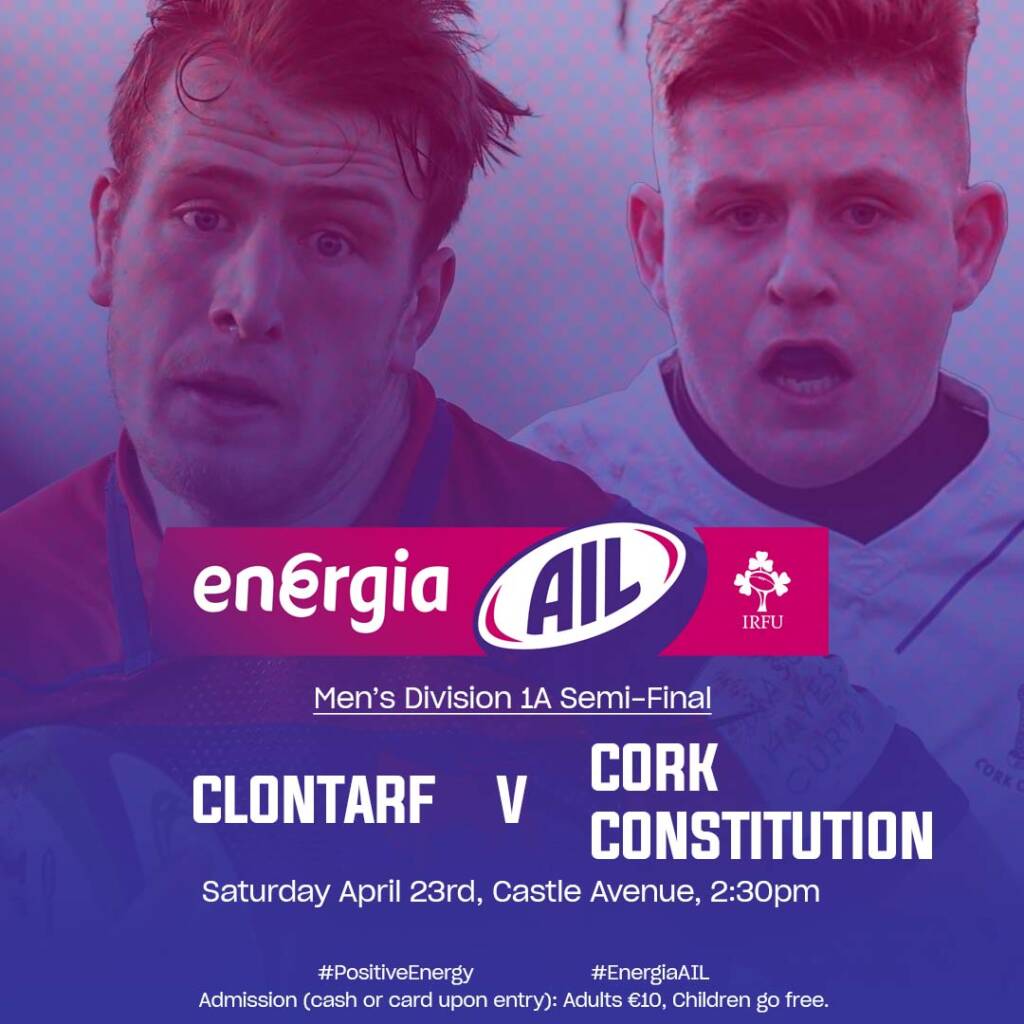