The wonderfully-named Matisse Lamarque d’Arrouzat emerged as the unlikely hero as Cork Constitution clinched an Energia All-Ireland League semi-final place with a 21-17 comeback win over Lansdowne.

The Frenchman’s first league try for the club, with five minutes remaining in today‘s Temple Hill thriller, saw Cork Con dramatically hold onto fourth spot in Division 1A, setting up a trip to table toppers Clontarf in two weeks’ time.

Needing a final round victory to hold off Dublin University’s charge, former Con captain Niall Kenneally raided in from the right wing for the game’s opening try in the 13th minute.

However, Lansdowne, who were already guaranteed to finish at least third, gradually cranked up their attack. They built through the phases before springing winger James Reynolds over out wide to close the gap to 7-5.

The visitors made it a quick-fire double, Andy Marks releasing Stephen Madigan for the corner to edge them in front. Then, a brilliant attack, sparked by centre Marks, right on half-time saw full-back Eamonn Mills go over. Charlie Tector converted for a 17-7 lead. 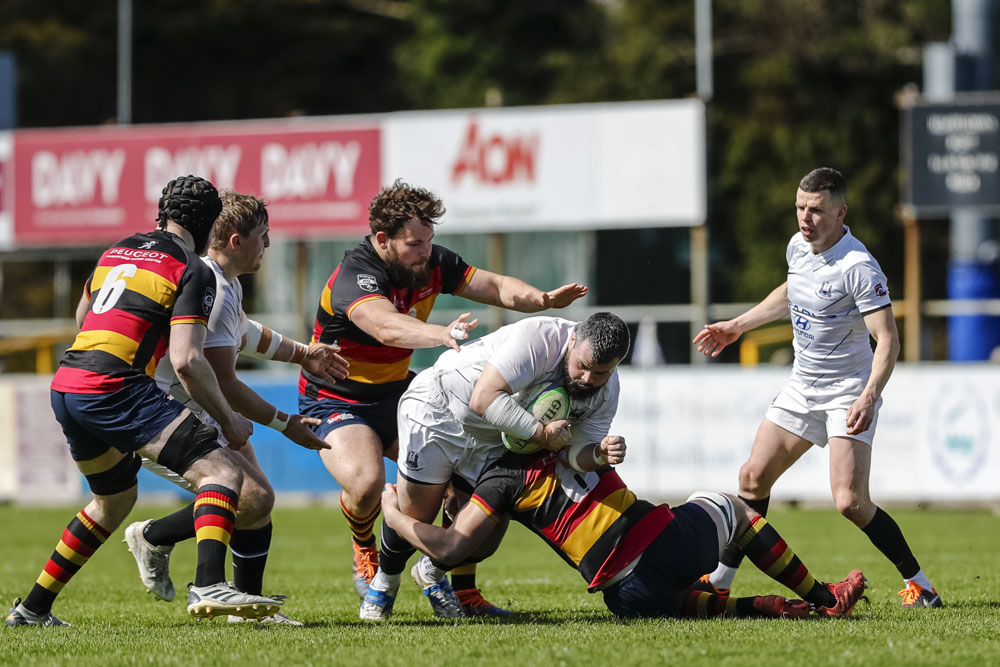 Brian Hickey’s half-time words had the desired effect for Con, with Munster’s Sean French breaking through to send second row Cian Barry in under the posts in the 44th minute.

Skipper Aidan Moynihan converted, but Con were forced back on the defensive when hooker Max Abbott was sin-binned for a deliberate knock-on as he attempted to intercept a Lansdowne pass.

In his absence, the reigning Division 1A champions were tenacious in their tackling and kept Lansdowne at bay. Indeed, with their Rory Burke-inspired scrum in dominant form, the Leesiders pressed on for the match-winning try.

Their handling and lineout let them down in a couple of promising situations, but Larmaque d’Arrouzat collected fellow replacement Duncan Williams’ inviting offload and powered in under two defenders for the decisive score, converted by Moynihan. 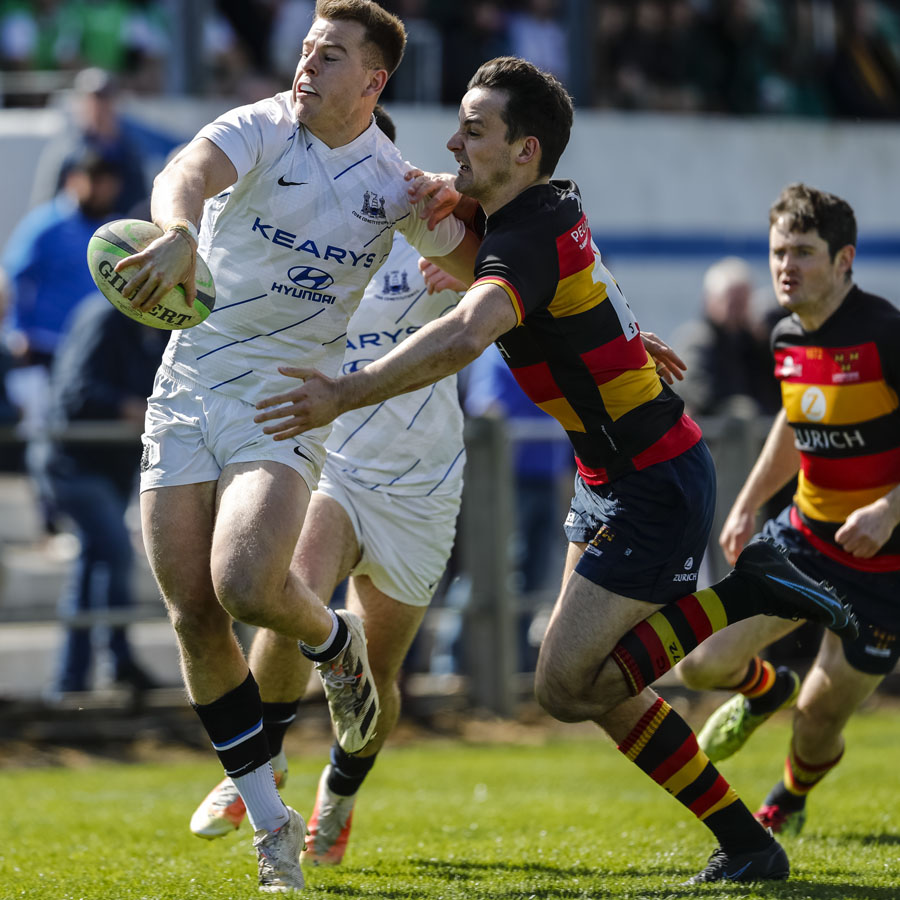 Lansdowne will be away to Terenure College who cemented second place with a runaway 50-14 triumph away to UCC.

The Cork students have a relegation play-off against Ballynahinch to plan for, so facing in-form Terenure was a tough ask for Neil Lucey’s much-changed selection.

‘Nure’s Craig Adams had a hat-trick of tries by the 50-minute mark, taking his season’s haul to 14. The visitors finished with eight tries in all, Adams’ fellow winger Caolan Dooley accumulating 15 points with a try and five conversions.

Clontarf wrapped up the regular season with their 17th win, overcoming a spirited UCD side 35-17. ‘Tarf’s prolific hooker Dylan Donnellan sits proudly at the top of the try-scoring charts with 17 tries, following another brace at Belfield.

Leinster’s Chris Cosgrave converted his own try, in response to Tadhg Bird’s opener for ‘Tarf, and Ross Deegan scored from a cross-field kick to keep UCD hot on the league leaders’ heels. 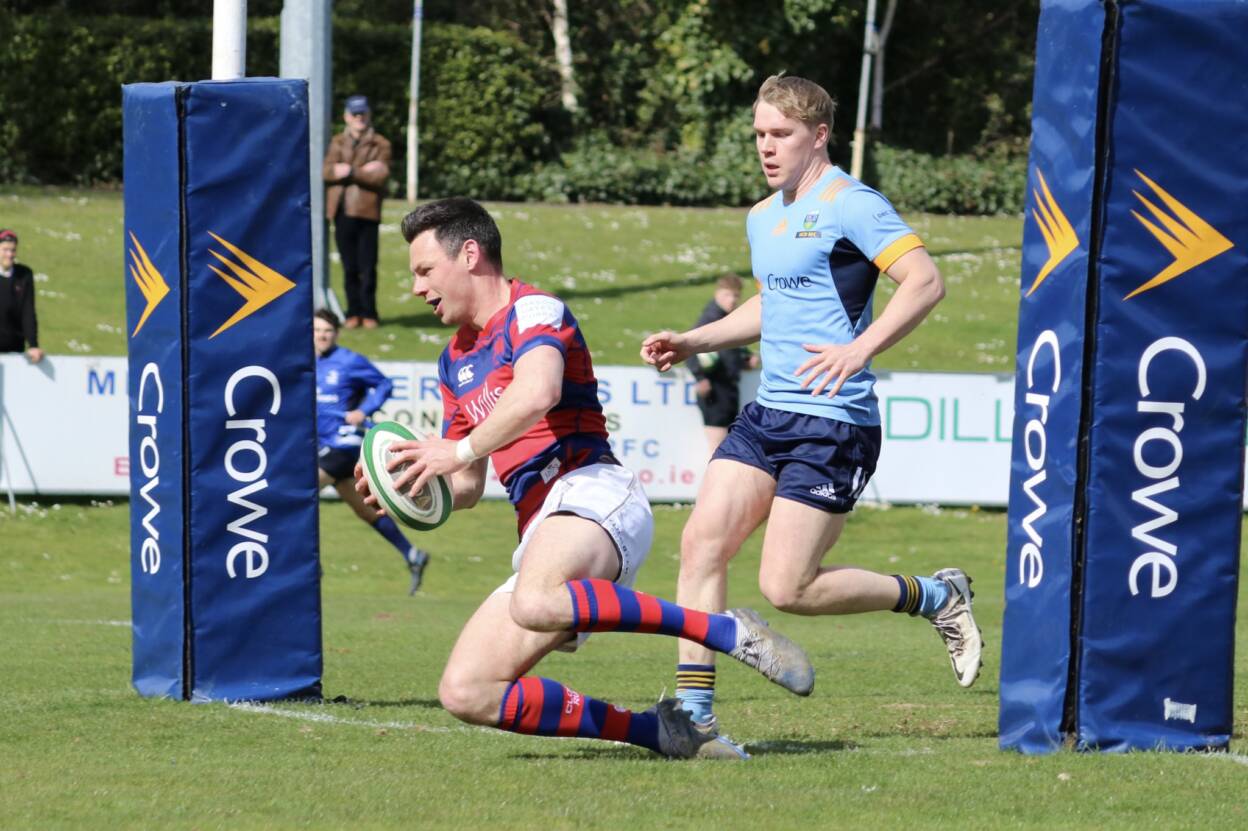 However, Clontarf captain Matt D’Arcy darted in under the posts in the 37th minute, and nine minutes into the second half, Donnellan deftly jinked around full-back Cosgrave’s attempted tackle to move Andy Wood’s men into a 28-12 lead.

Tony Smeeth’s youngsters were hoping that Cork Con would slip up, but agonisingly they missed out on the top four by a single league point.

Tricky winger Ronan Quinn picked up two second half tries, before the Light Blues rallied with half-backs Ed Barry and Tony Butler both dotting down. Leinster’s Max O’Reilly had the final say for the visitors, with Quinn the provider. 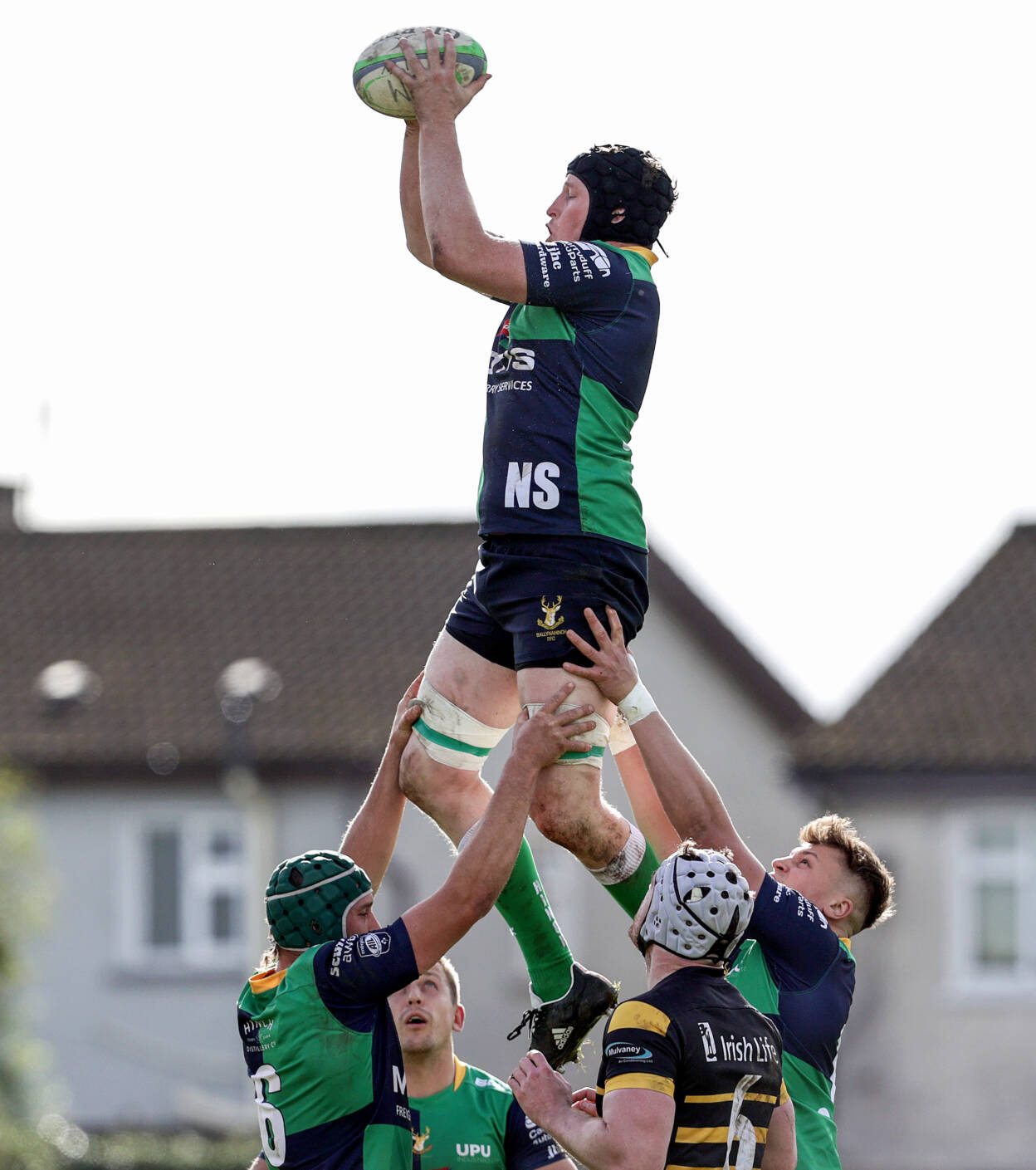 Preparing for their two-legged relegation shootout with UCC, Ballynahinch had a timely first win since February as they got the better of Young Munster on a 17-10 scoreline.

Ulster Academy back Conor Rankin showed his place-kicking ability with four well-struck penalties for ‘Hinch. Hooker Josh Hanlon drove over for their try, while Eoin O’Connor and Shane Malone claimed the Cookies’ tries.