Edel McMahon believes her Wasps club-mate Sam Monaghan has the ability to kick on and become a regular starter for Ireland, following an impressive TikTok Women’s Six Nations debut for the lock.

The IQ Rugby forward certainly caught the eye against Wales last Saturday with eight lineout wins and some brilliant offloading, one of which set up Linda Djougang for Ireland’s second try at the RDS.

Part of an unchanged squad this week, the Meath native is hoping to make her presence felt against France, the world’s third-ranked team, in the cauldron that is Toulouse’s Stade Ernest Wallon.

Asked about Monaghan’s progression, which saw her make her Ireland debut during last September’s Rugby World Cup qualifiers, McMahon said: “Sam is brilliant, she’s an athlete. Even from our first day coming up to Wasps you knew she had the eagerness to learn, you knew she had the raw ability.

“There’s an environment there for players to back themselves. I believe that Sam can do those offloads because I see her doing it in training.

“I’m actually not surprised she gotten a few charge-downs because she’s a bit of a charge-down queen now. We instil that belief in each other so then it just becomes a habit.”

Clare woman McMahon is also hoping to get a run of Test matches under her belt after an untimely knee ligament injury, combined with the Covid-19 pandemic, broke up the momentum built by her Ireland Players’ Player of the Year nomination in 2020.

While disappointed to start the 2022 Championship on a losing note, she was still encouraged by how the back row combination fared – she had Dorothy Wall and Brittany Hogan alongside her – and Ireland’s return of three tries off limited possession. 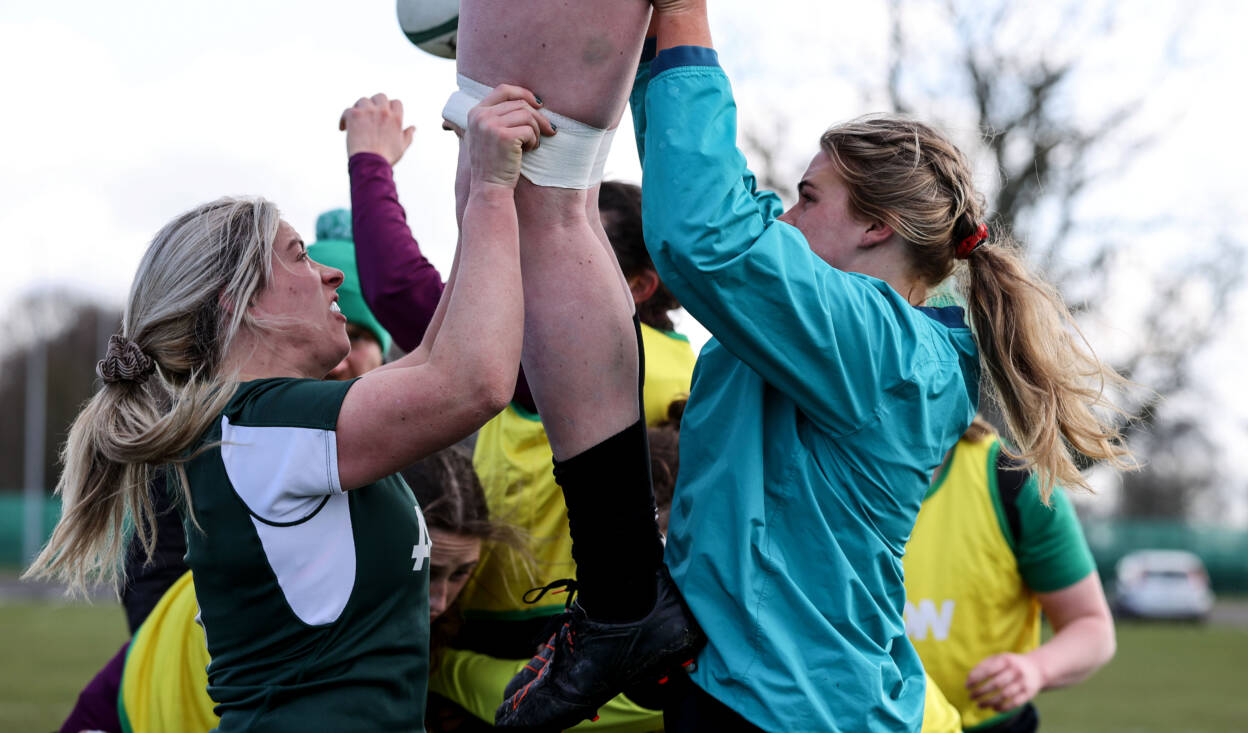 “I definitely came away from the game knowing that a lot of things went right for us,” she insisted. “Even just looking at the possession, between 60 (for Wales) and 30, and then how much we converted was very positive.

“There were a lot of things that we could fix, a lot of things we were already working on. Looking at that maul defence, fixing up a few tweaks in structure in attack and defence.

But, as a whole, I thought we got to grips with the game-plan that Greg (McWilliams) wants us to set out with very quickly in the last two weeks. It’s a very new system, everyone’s bought in very well.

“We had glimpses there where we had the shape and we were set up and we were exactly where we needed to be, just execution or turnover ball that just coughed up easy possession.

“Disappointed (with the result), it’s never easy to lose but certainly it was easier to take away knowing that we were trying very well to execute the plan that we just picked up.”

McMahon, who made her debut during the 2018 Six Nations, was typically busy throughout against the Welsh, making 27 metres from four carries and landing 16 successful tackles, including one dominant one.

Given Wales’ success at set-piece time and France’s own strengths in that area, improving Ireland’s maul defence is simply a must according to the openside flanker.

“Just decision-making for competing in the air. Just looking at different tactics that we probably could have decided differently in the (Wales) game and how we would have executed those,” she acknowledged.

“There’s so many elements of the game that you have to work on – breakdown, lineout, lineout attack, maul set-up, maul D. There’s a lot of things that we still need to tick off.

“The last three weeks we’ve been learning so, so much. We’re hoping to build on every element of those over the campaign. That’s certainly one area we need to fix heading into a powerful French pack.” 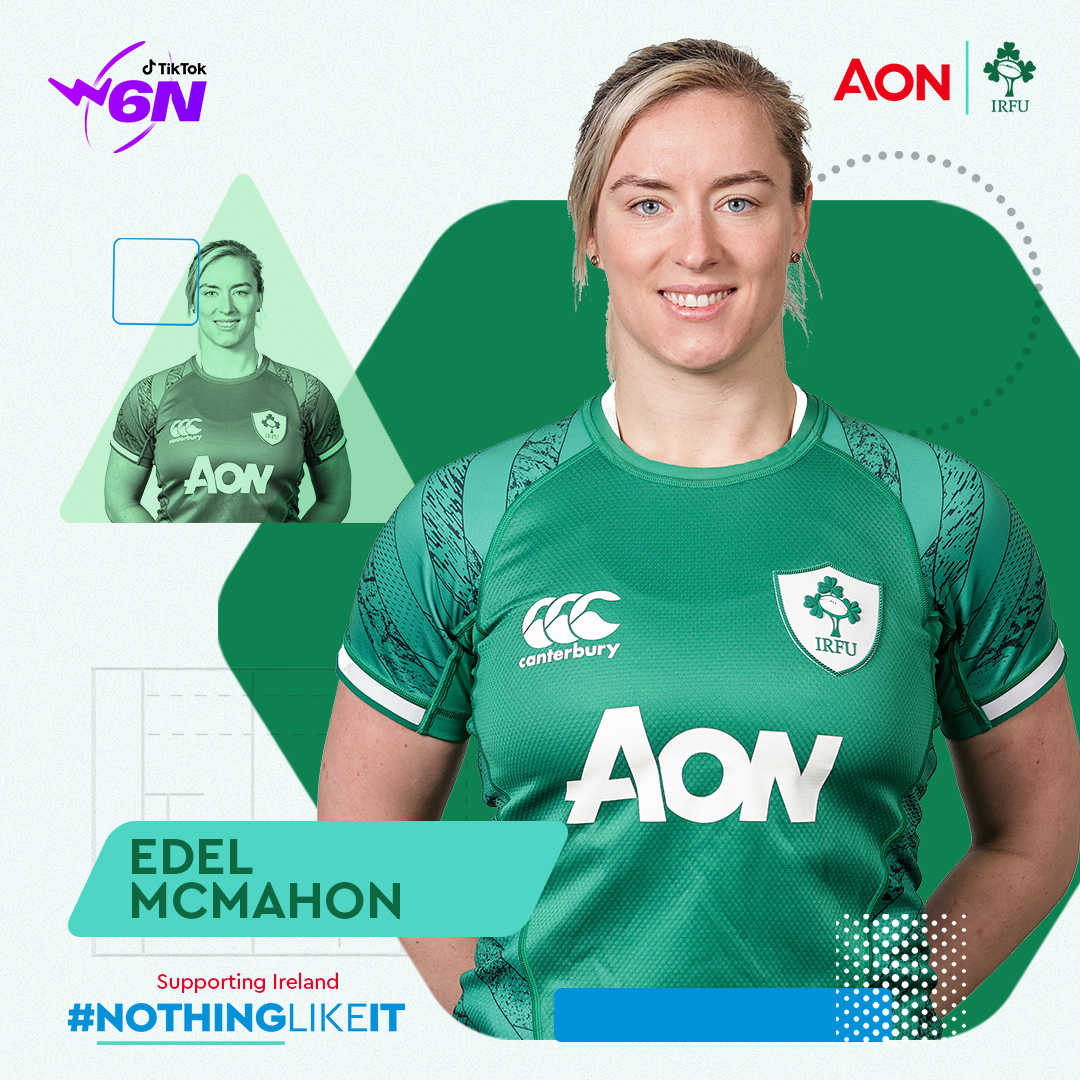 The 28-year-old from Kilmihil first came to prominence with Galwegians in the All-Ireland League when she was a Biochemistry student at NUI Galway.

Despite her move across the Irish Sea, she remains a firm fan of the AIL and was impressed with the standard of rugby it produced this season, especially as it gave regular game-time to players pushing for international selection under a new head coach.

Asked about her own build-up to the Six Nations, she said: “Unfortunately I picked up an injury in December, so I had been out for a while and it was good to get a run-out against Harlequins before coming into the Six Nations.

“I needed that high-level test game in the Prem to kind of help me get straight back into international level. The league (in England) has been good, but it’s actually been really positive to see that the AIL is back up and running.

I watched the AIL games when I was home and watching them on the live stream on TG4. From both ends now it’s been great just to get games. Greg has been really pushing that as well.

“I know we’ve had probably a shorter window of camps but he allowed the opportunity for players to get game-time, both home and away, so I think that’s been quite valuable for players this time around.”