Ireland’s James Culhane has been named the Under-20 Six Nations Player of the Championship. The UCD number 8 was a standout performer as Ireland sealed a Grand Slam, putting in a series of sensational displays from the base of the scrum.

Richie Murphy’s side sealed the clean sweep with a 59-5 bonus point win over Scotland at Musgrave Park in the final round, with Culhane dotting down for one of nine tries.

A thrilling late victory in France proved to be the lynchpin of Ireland’s successful campaign and Culhane was once again one of the key performers.

The award is voted on by the captains and head coaches of each team, as well as members of the media who cover the Championship. A Team of the Championship was created using votes from the same panel.

Culhane follows in the footsteps of England’s Jack van Poortvliet, who became the inaugural winner of the award last year.

Commenting on the award, Six Nations Director of Rugby Julie Paterson said: “This year’s Under-20 competition was an outstanding edition of the Championship and we expect many of those who played in it to go on to have long and rewarding careers in rugby.

“James was one of several outstanding back rowers to feature this year and should be very proud of earning this award.

“We wish him and all the other players who featured in the 2022 Under-20s Six Nations all the very best and look forward to following their careers in both club and international colours over the coming years.

“We now look forward to our Under-18 Six Nations Festival, which features Men’s and Women’s events, and to continue to working with our Unions to develop the next generation of players.” 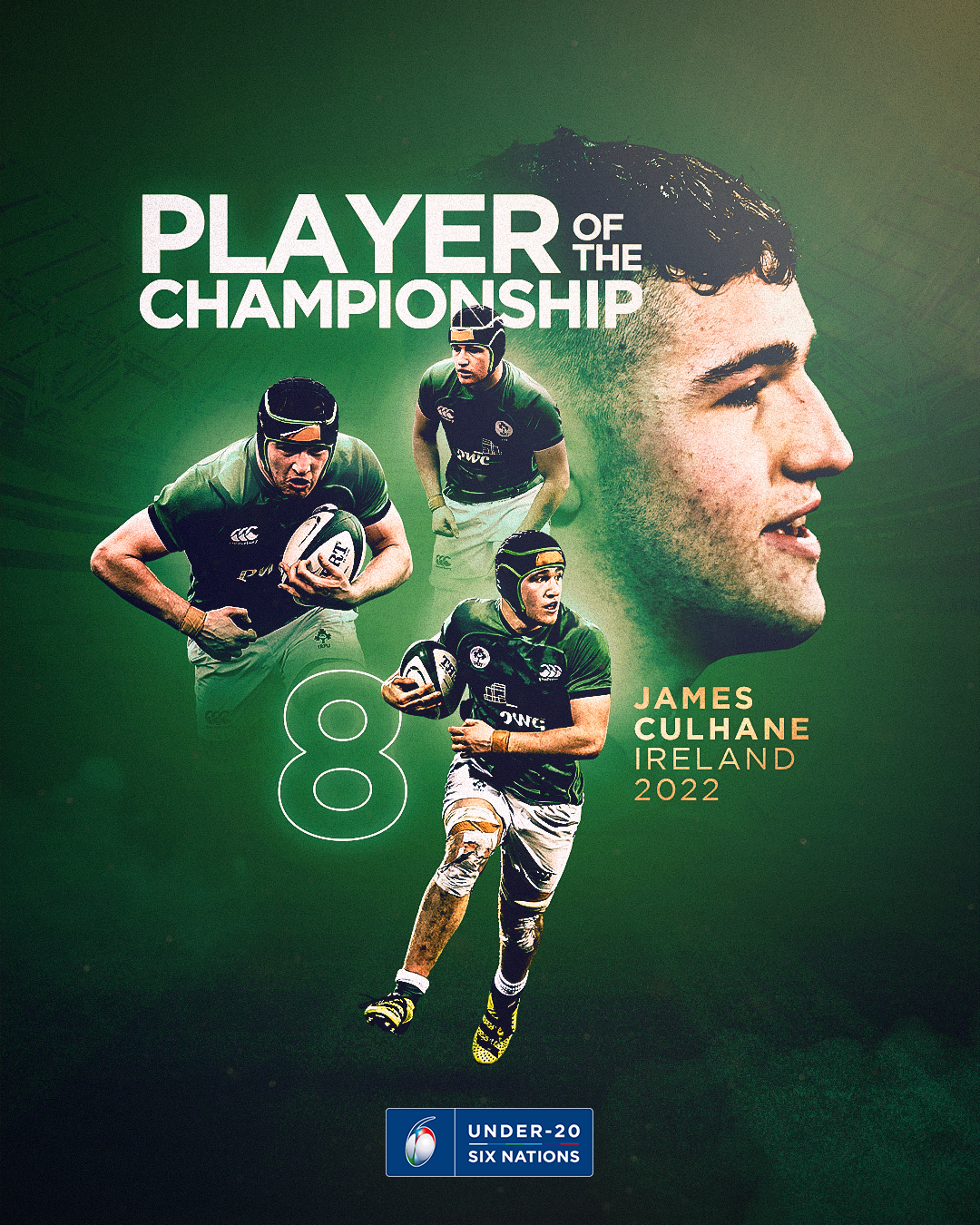