Ireland Women’s captain Nichola Fryday has experienced the joy of winning a Six Nations game against France, being part of the 2017 squad that edged them out 13-10 in a titanic tussle in Donnybrook.

Eimear Considine was on the left wing that day and they are the only two players in Saturday’s Ireland side that know that feeling. However, past meetings will count for little given the make-up of the two line-ups in Toulouse.

It is a fresh start for Ireland under Greg McWilliams, with two debuts already and a number of new combinations, while France, who make seven changes this week, have eight players in their squad aged between 19 and 22.

Ireland’s record against the French is poor with 16 defeats in 19 Six Nations matches (including all nine so far on French soil), but Fryday knows they are capable of causing an upset.

“Every team has that belief in them,” the second row insisted. “You don’t go out thinking you are going to lose a match – that is the way you are driven as athletes, you want to win matches.

“You want to stand up to the bigger teams in Europe as the perceived underdog. If we can get what we can bring to the table right tomorrow, and really impose ourselves physically on them as well, it will be a tight game.

“I said from the start this Six Nations will be one of the closest in comparison to previous years as the quality across all six teams is really high.

“So, you would like to think you will see these shock wins come to fruition. If we go out and play the game we want to play, it will be a good day for us.” 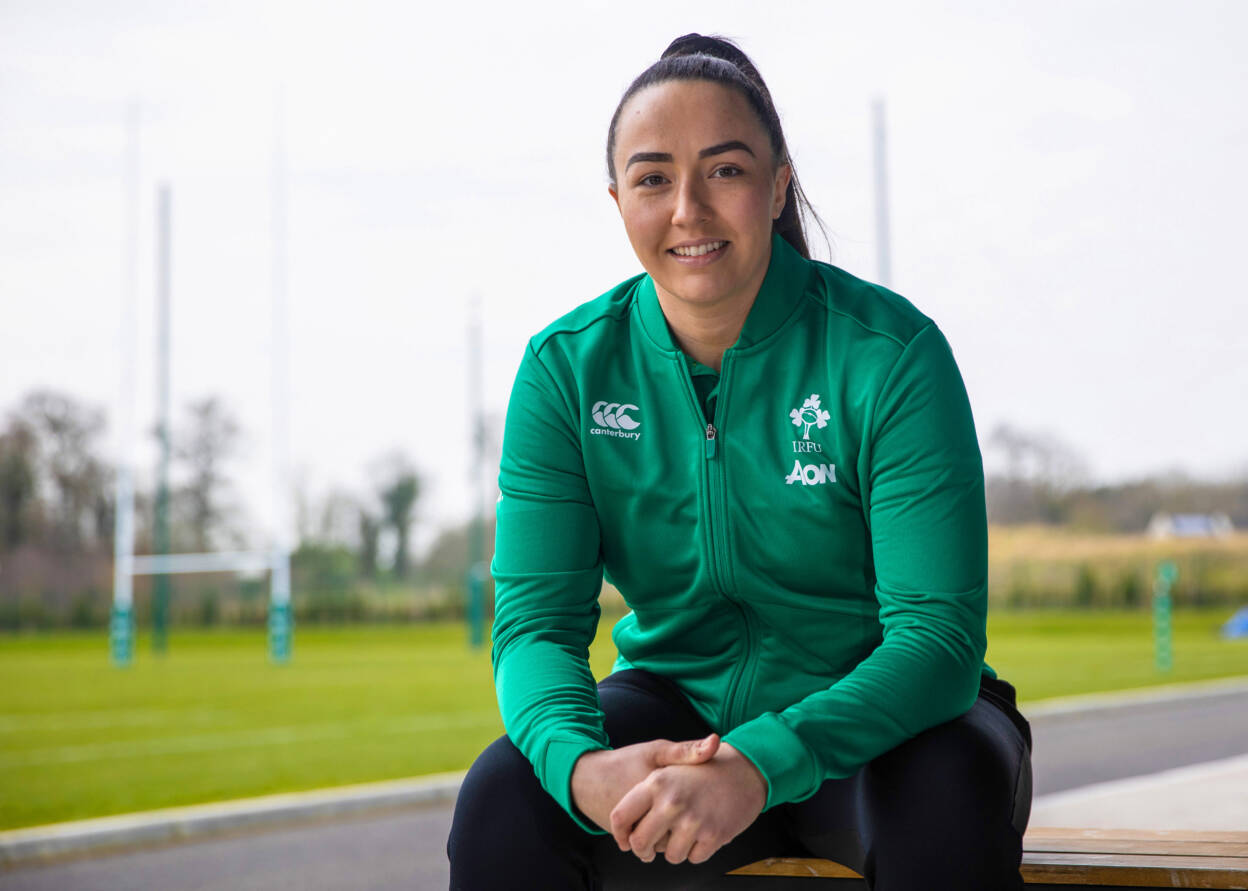 The Offaly native said that Ireland cannot get overawed by France’s reputation as one of the best sides in the world, as they look to improve their results on the road. They have lost five of their last seven away matches in the Six Nations.

Some big defensive collisions await as Ireland (13) and France (11) made more dominant tackles than another other teams during the opening weekend of the tournament.

Dorothy Wall and Neve Jones, with three each, were two of just three players to make more than two dominant tackles. More of the same will be required to hand les Bleues only their second home defeat in 22 Championship outings.

Fryday commented: “Look, they are athletes and we are athletes, that is the way you have to look at it. They’re human at the end of the day. They’re not superior humans.

“Yes, they’re extremely good rugby players and an extremely good team but at the end of the day they are humans. They are not bigger and better. You have to look at it in that sense.

“You have to go out and put your body on the line against a team like France, and stand up to them because if you let their status affect you in any way you’ll be playing in your shell, and that’s not what we want.

“We want girls to stand up to them and take them on physically. With teams like England and France that’s what you have to do to make it a good contest.”

Very few Irish players get to experience playing in front of a big crowd at Toulouse’s Stade Ernest Wallon. This will be Fryday’s second run-out at the famous ground, following her appearance off the bench when Ireland lost 24-0 in February 2018.

France’s 39-6 win over Italy in Grenoble last week drew a crowd of over 13,000, and that vocal home support is sure to continue tomorrow. For Fryday, it will be about soaking up that atmosphere and trying to turn it around in Ireland’s favour. 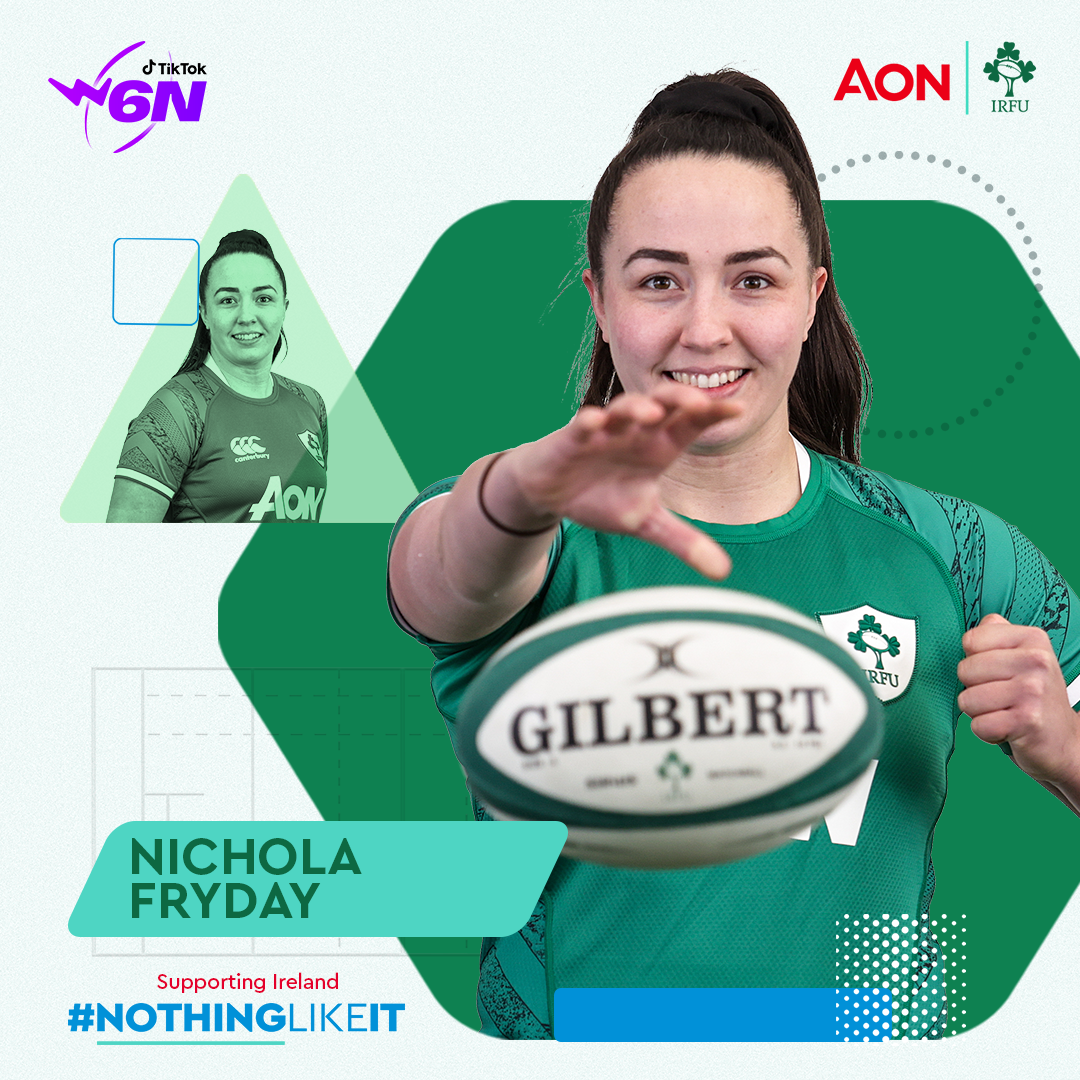 “You have to enjoy these moments in rugby. It’s going to be an incredible atmosphere in Toulouse, but at the same time we can’t let the occasion override everything else,” explained the 26-year-old.

“We still want to go out on the pitch and we want to perform. We want to implement what we want to do. That’s going to be the thing for us, but I do think girls should enjoy these moments because in Test rugby these are ones you look back on.

“I remember the last time I played here in Toulouse (four years ago) and it’s one of those matches that sticks out for me with the atmosphere and the crowd. The girls, they’ll look back on this like a huge memory.”

Ireland’s best hopes rest on making it an extremely tight contest up front, as it was back in 2017 when the girls in green went toe to toe with a big French pack, with a second half maul try from Leah Lyons proving crucial in the end.

“That was a huge day. Those ones stick out in your memory because it was a real battle on the pitch that day,” recalled Fryday.

“I’d hope that we can front up and make it that battle again tomorrow and make it hard for them. I’m looking forward to it.”