Out-half Nicole Cronin says Ireland are relishing the chance to pit their wits against a highly-rated France team in the second round of the TikTok Women’s Six Nations.

It is destination Toulouse for Saturday’s hotly-anticipated encounter, and while Ireland played les Bleues there back in 2018, only current captain Nichola Fryday was involved in that 24-0 defeat.

With retirements and a high level of player turnover since then, including Niamh Briggs’ progression from out-half to assistant coach, this will be a whole new experience for Cronin and her team-mates.

“Going to France is always a huge challenge,” insisted the Limerick native. “The buzz over there, the atmosphere in the stadium. You can’t say the French don’t support their squads.

“It’s going to be different for a lot of the girls here to be in that environment, but I think it’s one that they’ll relish to be honest.”

Cronin has been involved in previous Six Nations campaigns as a scrum half, but this is her first one in the number 10 jersey. She was not sure what to make of the positional switch when it was first mooted at Munster earlier this season.

“We were getting prepared for the provincial season with Munster. Niamh (Briggs) and Matt Brown came up to me and said would I throw my hand in to play at 10 in training. They seemed to think it worked.

“I wasn’t overly impressed about it at the start. It’s good but it’s difficult. The learning on the fly and to be in control of so much, especially at international level it’s a lot quicker.”

Cronin was a key cog in Munster’s Interprovincial title-winning team, finishing as the tournament’s top scorer with 26 points (including two tries).

With her soccer background and strong international rugby roots from her Ireland Sevens career, the 29-year-old certainly has the all-round game to make it in a more enhanced play-making role at this level.

Briggs, who has been there and done that as a Grand Slam winner and Rugby World Cup semi-finalist, is certainly backing her UL Bohemians star to make the Ireland number 10 jersey her own.

Highlighting what a brilliantly instinctive and multi-skilled player Cronin is, the former Ireland captain revealed: “Even when I was playing, Nicole’s rugby intelligence was phenomenal. Not only that, her ability to play off the cuff is probably one of the best I’ve seen.

“When I got an opportunity to go in with Munster this year, I spoke to Matt Brown about, ‘let’s get her playing towards the try-line as opposed to the touchline and see how we get on’.

I’m not sure she was too happy about it at the start! But she has definitely taken to it like a duck to water. She’s learning and improving all the time. Incredibly astute off the pitch in terms of wanting to get better.

“Forever asking questions and trying to make sure that she’s continuing to develop. That was definitely a huge step in her development last weekend. She did some really, really good stuff and stuff that we’re working on this week.

“In terms of her natural rugby ability, she’s probably one of the best players I’ve ever played with or coached, in terms of her ability to go off the cuff. I loved that and I’m really continuing to encourage it.” 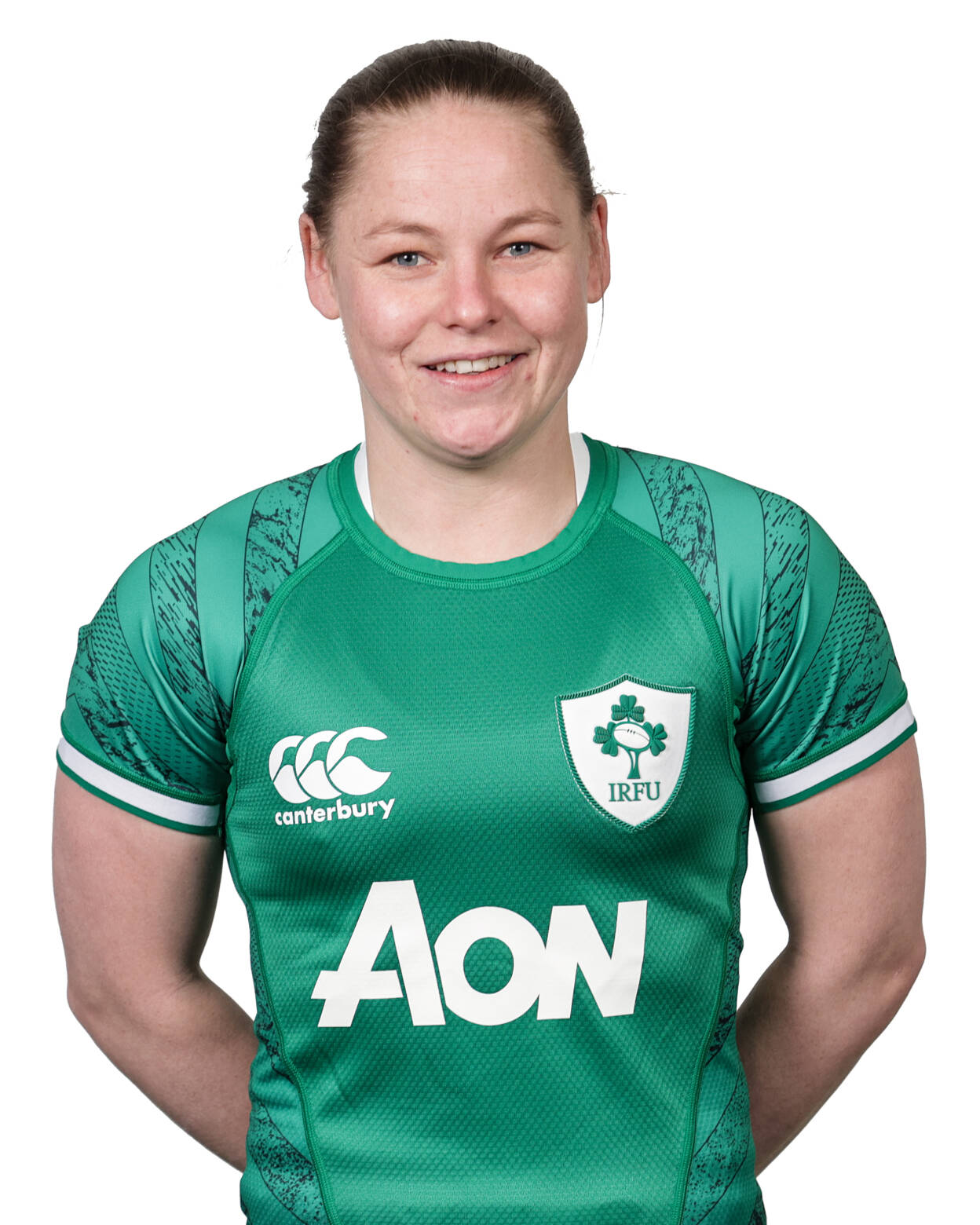 Cronin has been involved in the Ireland set-up before, winning 17 caps, but her shift to number 10 comes at the start of the Greg Williams era. The Wales game last week saw her combine with new cap Aoibheann Reilly and Stacey Flood in a fresh 9-10-12 axis.

Despite the result it was an enjoyable experience for the trio, with the player more commonly known as ‘Spud’ remarking: “Last week was a pretty special day. I could have been a prop last week for all I cared, getting back into the green jersey!

“I just hope I can build on it and stay in the jersey. The three of us are kind of sharing knowledge across the board. Obviously it was Aoibheann’s first cap and I thought she went incredibly well.

“Stacey obviously was in the 10 jersey last year. Between herself and Niamh (Briggs), they’ve given me a huge amount of knowledge to take and bring forward.”

Cronin is quick to praise Briggs for the faith she has put in her and the constant advice she provides. It is clear that the two have a close bond and that the inaugural Ireland Women’s Sevens Player of the Year is up for the challenge. 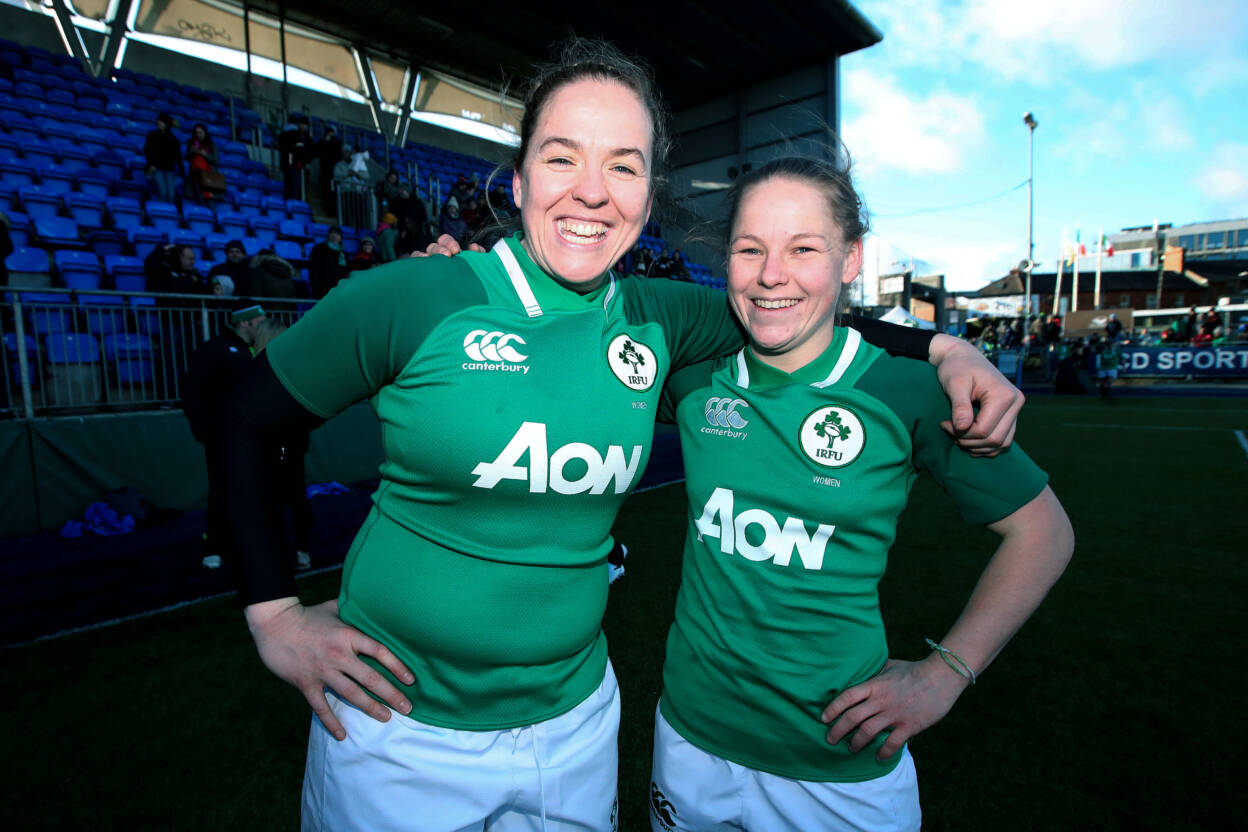 “It’s tough, there’s a lot of learnings with it, but there’s plenty of people around me that are showing me the way.

“I still think I have a long way to go, but I’m there and I’m in the hotseat. It makes it a little bit easier (having Niamh there as assistant coach).

“It also has its challenges because Niamh obviously played there (at number 10) for quite a bit, and she knows the ‘ins’ and ‘outs’ of it a whole lot better than I do, so it gets a little bit pernickety at times.

“It is enjoyable, but it’s tough. But it’s brilliant to have Briggsy there because she’s literally led me to where it is at the moment.”

In adjusting to her new position at half-back, she readily admits: “You need to be quicker in your judgement of what to do. But it’s really enjoyable playing try-line to try-line as opposed to 9, playing touchline to touchline.

You have an opportunity to go forward and you can see things really, to be honest, that you can have a bit of a break, you can set someone through a hole.

“At 9 sometimes you get lost in just the passing of it because that’s what you’re there to do. I kind of like to explore a little bit.”