Ireland Women’s head coach Greg McWilliams is confident that young scrum half Aoibheann Reilly will put her best foot forward when debuting against Wales on Saturday.

Reilly, who only turned 21 in November, will pair up with the recalled Nicole Cronin in an exciting new half-back partnership for the TikTok Women’s Six Nations opener at the RDS (kick-off 4.45pm). Tickets are available here.

The Ballinasloe youngster made her World Series debut for the Ireland Sevens team in Dubai in November, and she helped Blackrock College mount a strong bid for Energia All-Ireland League glory in the last few months.

She now steps up to become the first new cap under McWilliams, who has also selected uncapped forwards Christy Haney and Anna McGann on the replacements bench.

“She understands her role well and she’s very talented. She’s somebody who’s got a massive future, and I’m just excited to see her go out and play.

“You’d say to somebody like Aoibheann, ‘Just worry about doing your own job, you don’t do anything special. Just do what you do, and you’ll be fine’.

“But it’s just making sure that she enjoys the occasion and takes it all in because they’re special occasions, you want them to enjoy these occasions.

“Aoibheann is just another player who has got the opportunity to go out and do something special for herself, for her family, and for the group.” 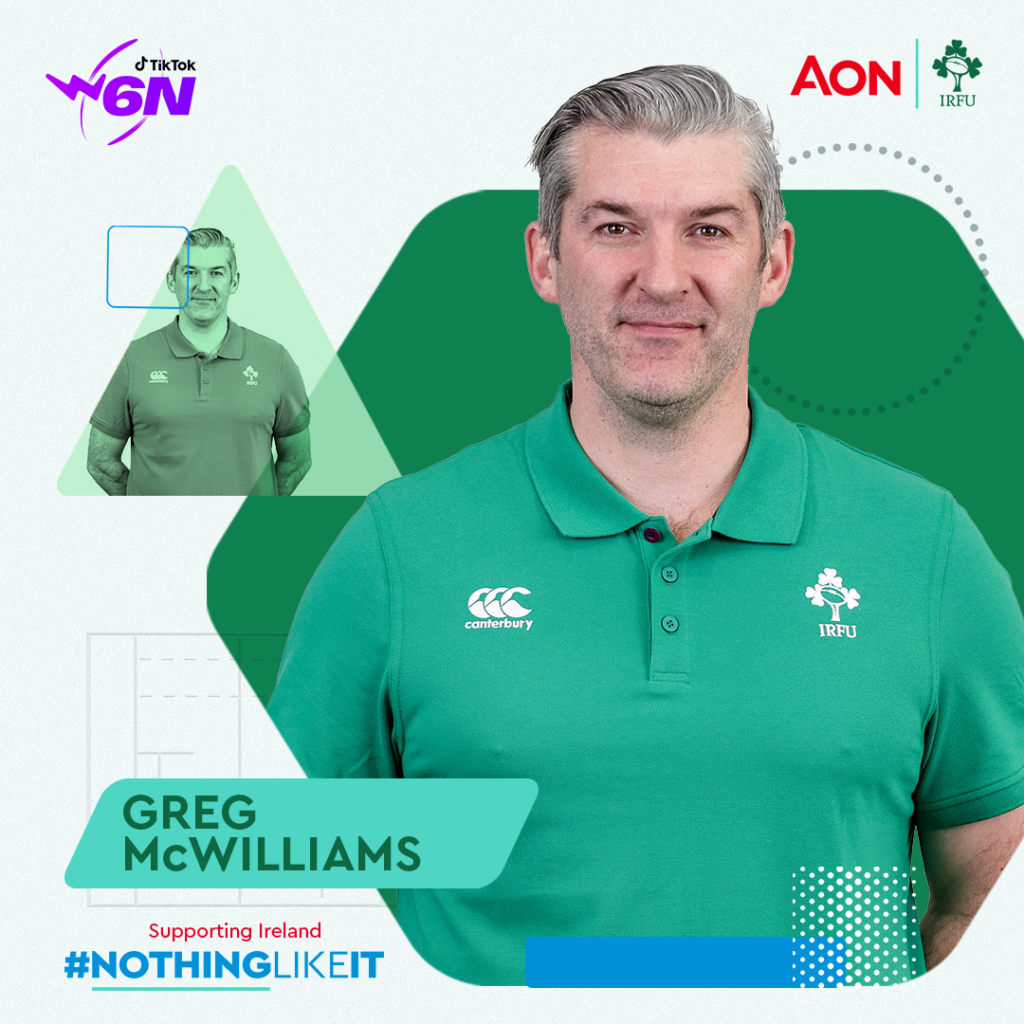 Reilly’s close friend and fellow Ballinasloe native, Beibhinn Parsons, is held in reserve on this occasion as McWilliams manages her game-time following her recent return from injury.

Wales will be wary of Parsons’ potential impact off the home bench, especially given she scored four tries against them in their last three Six Nations meetings with Ireland.

Ireland Sevens captain Lucy Mulhall makes the move to the left wing, following her 15s international debut at centre during the Rugby World Cup qualifiers. She has added to her 15s experience with recent AIL runouts with Wicklow.

With Eimear Considine and Amee-Leigh Murphy Crowe also starting in the back-field, McWilliams admitted: “I think we’ve selected a brilliant back-three. In the modern game, you want your back-three to be really active.

“They’re nearly like extra centres. sometimes they’re like back rowers. The game has changed and I think we’ve got a really good mix in the back-three.

“And I think having somebody like Beibhinn to be able to come off the bench to provide an impact is good for us, and I’m looking forward to seeing it operate at the weekend.” 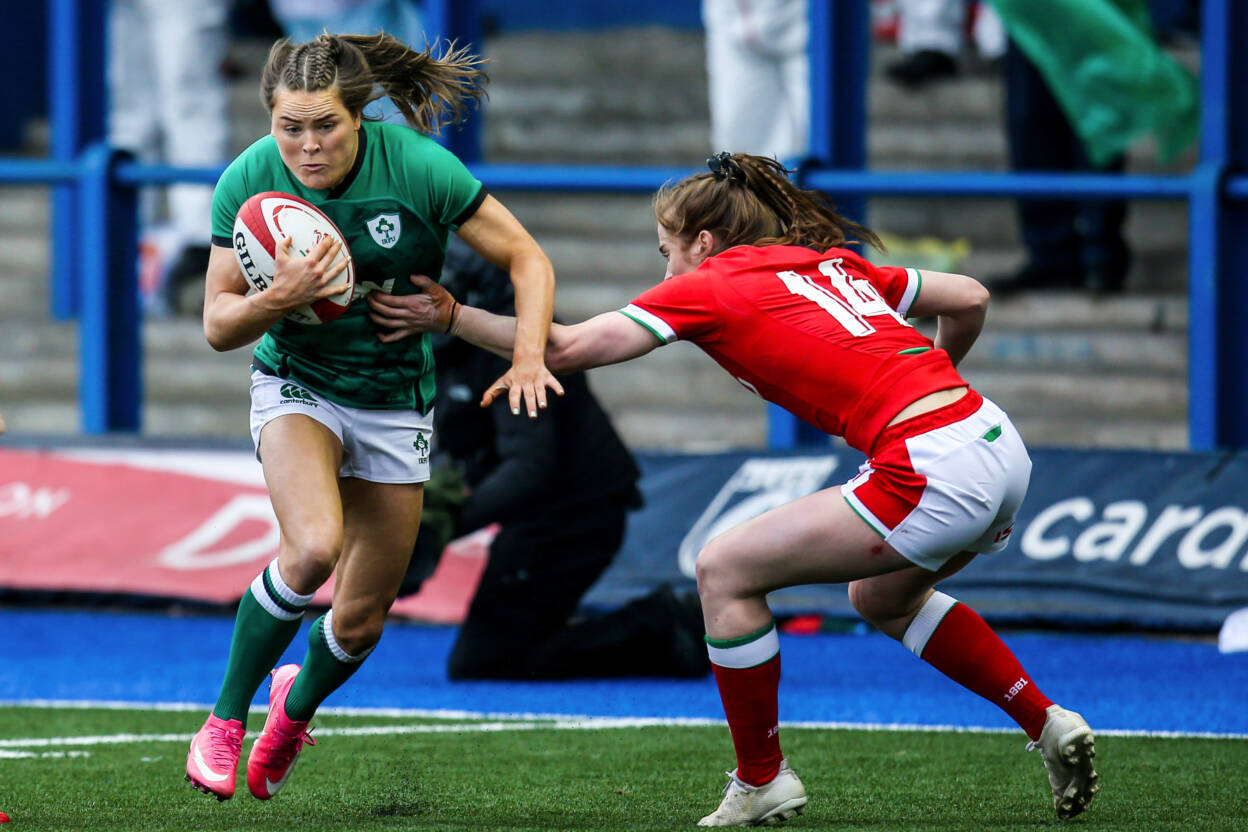 He added: “Beibh’s been working really hard. I think it’s right for her to come off the bench. I think we need to be smart about how we use all of our players.

“Beibh’s been training brilliantly but we just need to make sure that we look after her minutes. To have her to come off the bench to add that impact is going to be really important for us – along with Anna McGann and our tight five reserves.

“We’re going to use our bench and we hope to see her coming off and doing some damage, hopefully.”

The new Ireland coaches, which include assistants Niamh Briggs, Dave Gannon and Rob Sweeney, are not paying too much heed to last year’s encounter which saw Ireland run out 45-0 winners in Cardiff.

Both sides have seen plenty of changes since then, retirements and a fresh dawn mean Ireland retain only five players in their starting XV from that day – Considine, Eve Higgins, Linda Djougang, newly-appointed captain Nichola Fryday and Dorothy Wall.

Wales have significantly strengthened their set-up, led by new head coach Ioan Cunningham, with the historic establishment of 12-month full-time WRU contracts for a dozen of their leading players.

Those contracts came into force in January, along with part-time deals for 12 other players, and McWilliams is expecting to face a much-improved Welsh side in Ballsbridge.

“I don’t look back on that fixture from last year because you’re dealing with a completely different animal. Remember, they’ve all got momentum going towards the Rugby World Cup,” he added.

“There’s seven or eight players that are playing for Bristol in the Premier 15s, at a good standard. I mentioned the likes of (Siwan) Lillicrap or Jasmine Joyce, you’re also looking at Megan Webb and (Robyn) Wilkins and (Keira) Bevan in the half-backs.

“Ioan Cunningham, their coach, is somebody who I mentioned before, I’m in a WhatsApp group with him that Bernard Jackman created and he’s a smart coach, he offers a lot. 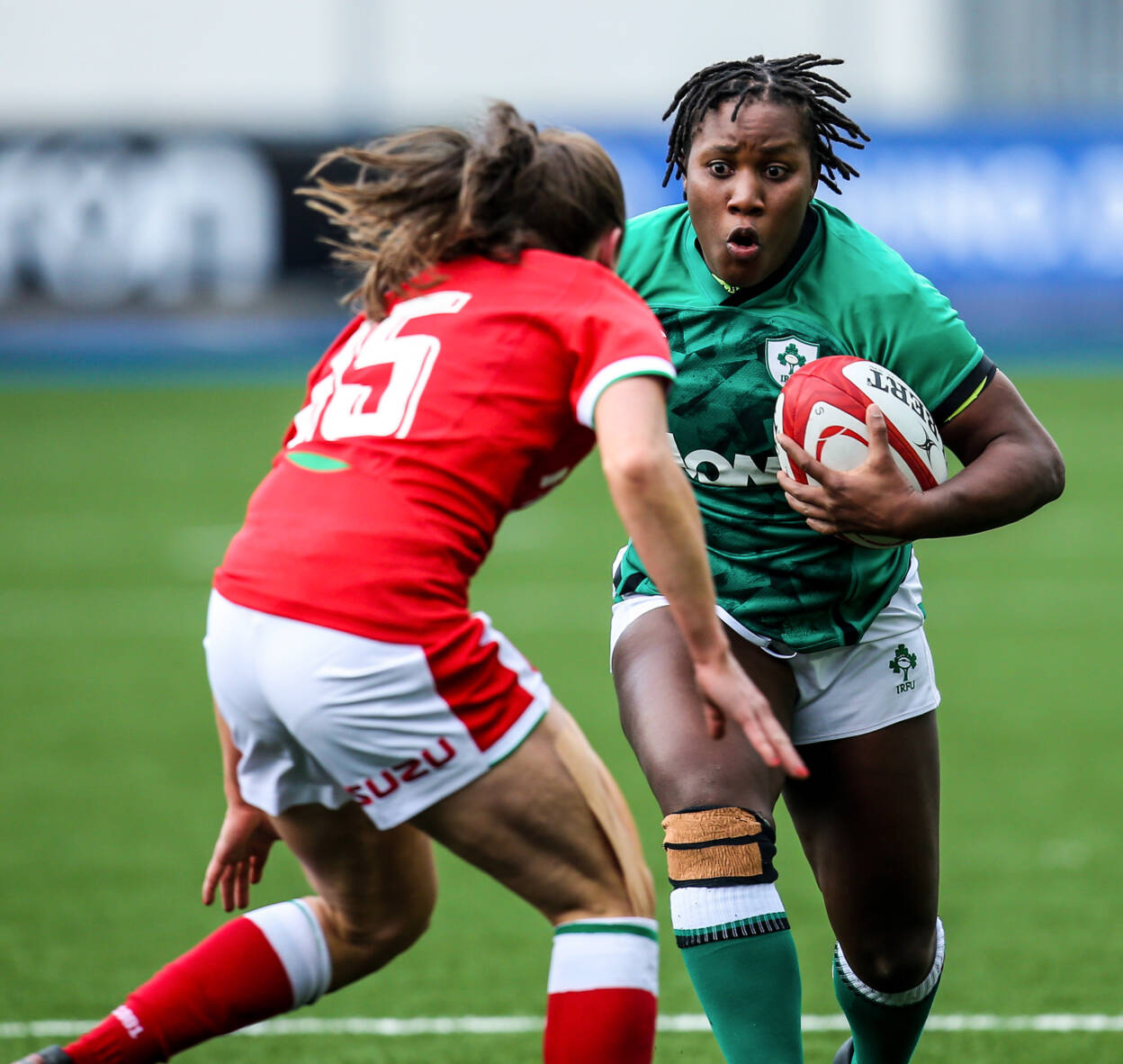 “I think Wales have got the right person to lead that programme. I think (WRU Performance Director) Nigel Walker, behind the scenes, is doing great work with the community.

“I think It’s a completely different outfit that we’re picking. I think it’s a great one to start with. There’s always a good ding-dong with Wales and I think they’re going to come out ready to go.

“Wales are prepping for a World Cup and they’re going to have their ducks in a row. They’re very good, they did well in their November Tests and against the (USA) Falcons last week. We’ve got our work cut out and we’re looking forward to giving it a go.”