The Tullamore RFC clubhouse will be bursting with pride when Nichola Fryday captains Ireland for the first time in their TikTok Women’s Six Nations opener against Wales on Saturday.

Fryday began her rugby career with Tullamore in 2014 while studying agriculture science in UCD, and provincial and international honours followed just two years later with her debut for Ireland first, and then Connacht.

While she has since gone on to play for Galwegians, Old Belvedere, Blackrock College and currently Exeter Chiefs, she was quick to pay tribute to her local club this week when speaking about her appointment as Ireland captain.

“I owe a lot to my home club of Tullamore. I started there with them in my second year of college and I always say that it was the girls there and the coaches there that installed the love of rugby in me,” she admitted.

“If I’d gone into that session and they hadn’t been as welcoming, or I hadn’t enjoyed it as much, maybe I wouldn’t have gone back to it.

“I find that’s the draw to rugby and that’s what your local clubs bring is that love for the game. They’re still some of my closest friends even though I’ve moved on to different clubs.

“They’re still my number one supporters and they’re the ones I always kind of go back to when I’m at home. They’ve definitely installed the love of rugby into me.”

She has been enjoying the sessions so far under McWilliams and assistant coach Niamh Briggs, the blend of youth and experience in the squad coming together off the pitch too with trips to adventure centres and Irish language classes. 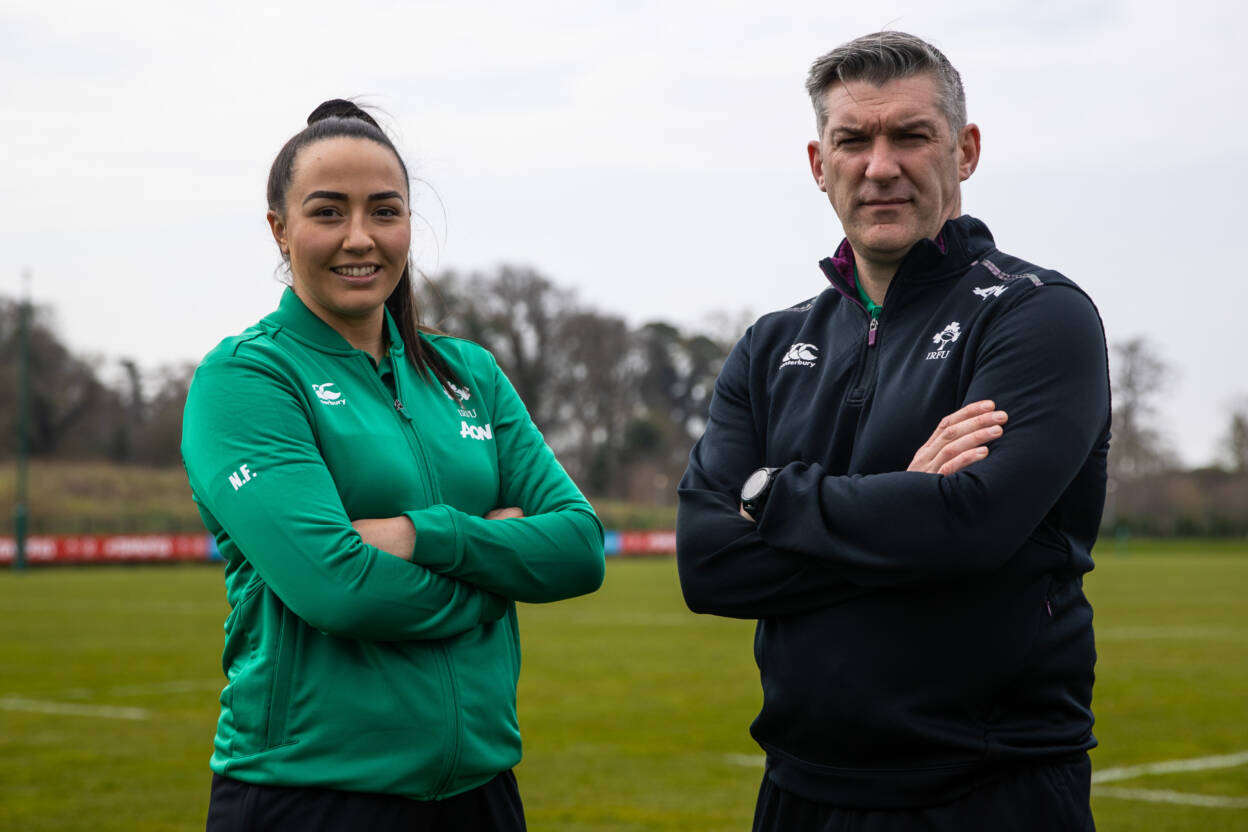 McWilliams’ involvement of her parents in the captaincy announcement made it hit home even more, as Fryday explains: “It was a mixture of emotions (when I found out). I found out alongside my parents, Greg included them in the Zoom call so that was really special to me.

“They’ve been behind me the whole way since I’ve come into the set-up, so it was really nice to have that aspect to it. It was a very nice touch. It meant a lot to me and my family.

Providing support to Ireland’s new skipper will be the other members of the squad’s leadership group – Hannah O’Connor, Kathryn Dane and Nicole Cronin – as Fryday leads the team into a new era with nine uncapped players across the wider squad. 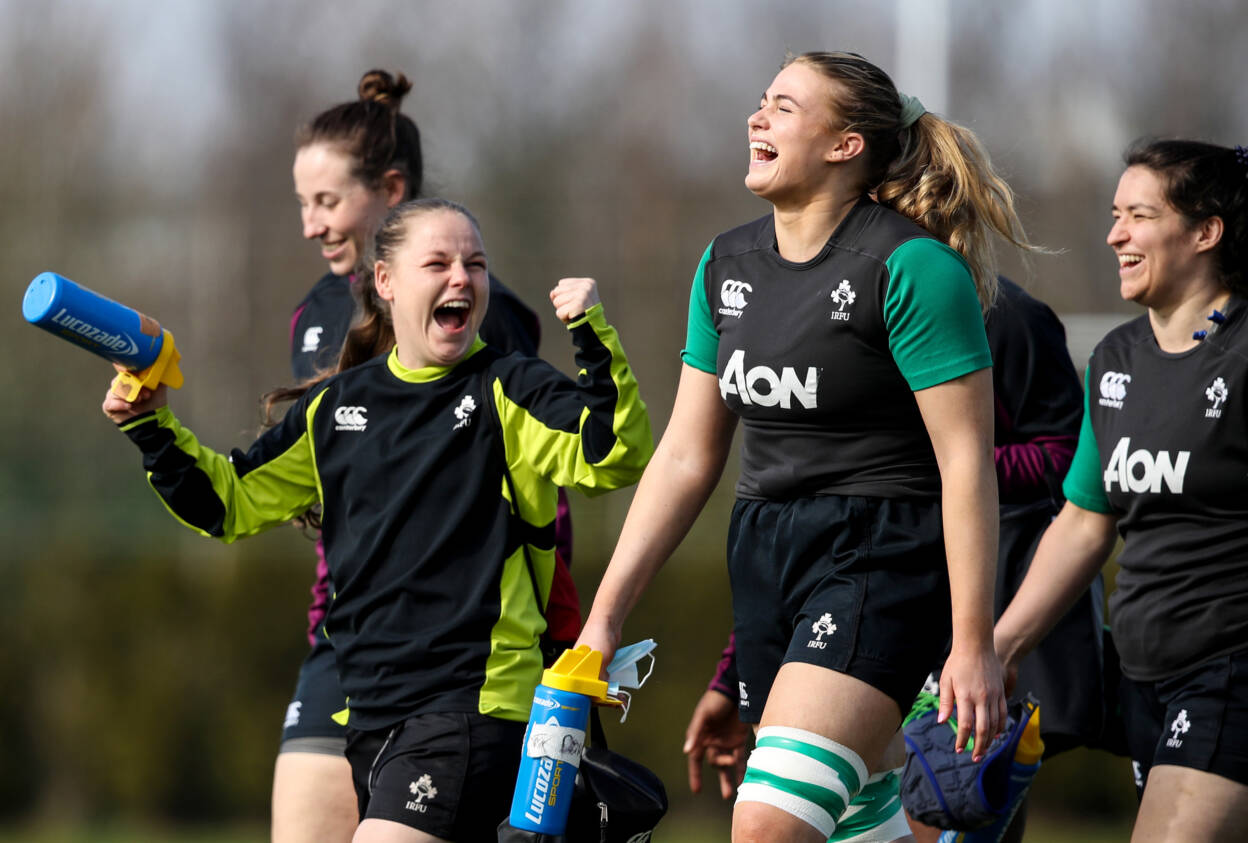 “We have the leadership group, individually they’re very strong leaders and then their game knowledge is very strong. To have them supporting me is a huge asset,” acknowledged the 26-year-old lock.

“Then there’s still other leaders amongst the group that have been in the squad for the last four or five years, that are really strong leaders and players.

“For me, I’ll be trying to pull upon as many people as I can because you’re only as strong as the people you have around you.”

Fryday, who has 22 caps to her name, got a taste of the RDS atmosphere in November when Ireland rebounded from their Rugby World Cup qualification disappointment with back-to-back wins over the USA (20-10) and Japan (15-12).

She was the Aon player-of-the-match against the US and cannot wait to play again at the Ballsbridge venue, with the RDS Anglesea Stand already sold out for the first ever Six Nations game to take place in the RDS. 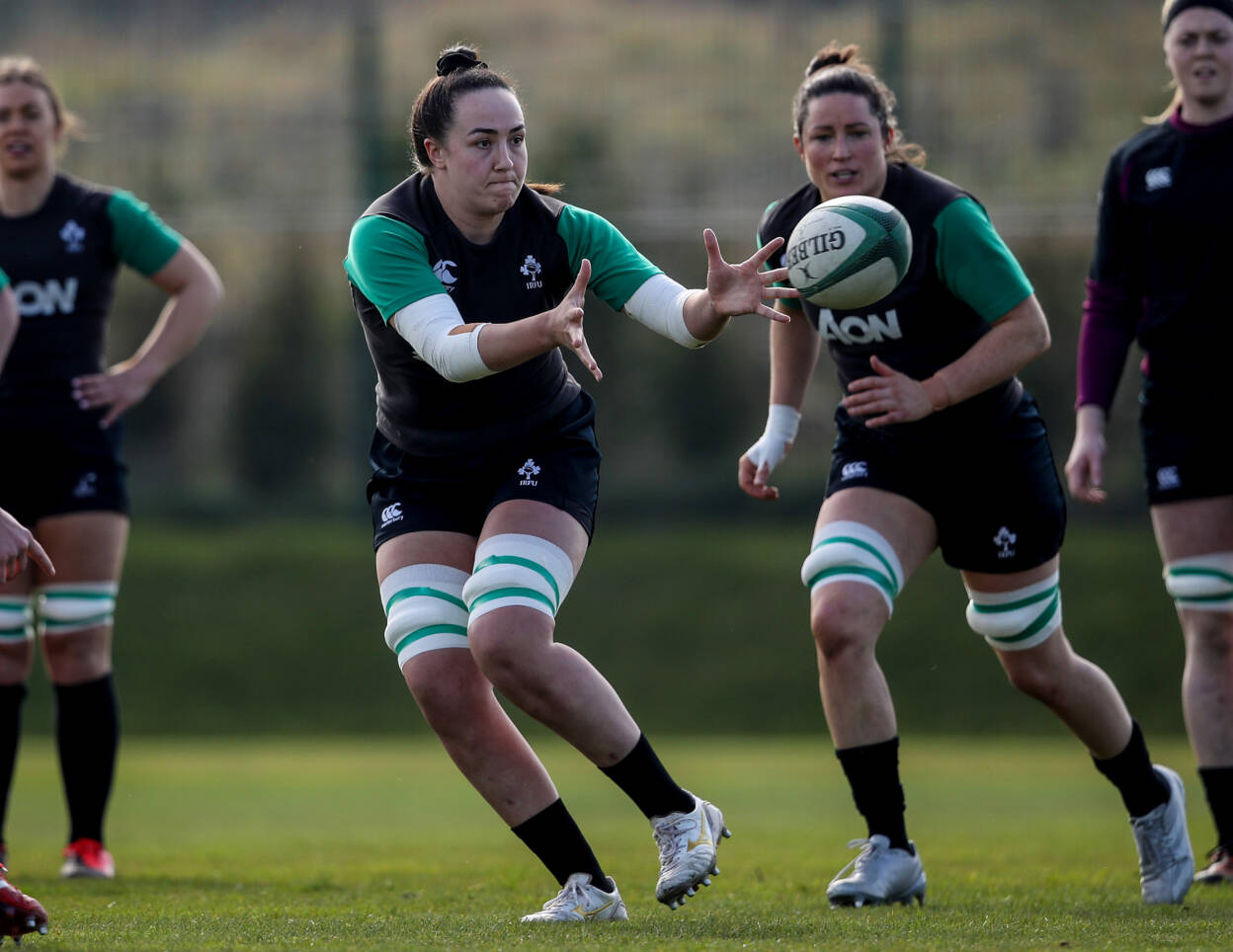 Ireland have won seven of their last 10 clashes with Wales, including a 31-12 win in Donnybrook in 2020 and last year’s 45-0 success in Cardiff. Going off their preparations, Fryday is hopeful for a strong first showing.

“It’s been a lot of ball-in-play focus. Just girls getting out and playing at a really high intensity, so that when we come to matches it feels easier,” she explained.

“That’s been really good the last few weeks. There’s been a really good buzz around camp playing that style and that system with Greg. We’re really just looking forward to taking the pitch now on Saturday.”

Offering her assessment of Wales and Ireland’s own eagerness to get the show on the road, Fryday added: “The Welsh are going to be physical, they are every year. They’re strong ball carriers and they’re going to be looking to get a first win, just like us.

“We just want to have really positive performances and give our supporters something to get into the stadiums and support us for.

“Just play exciting rugby and that’s what we’re focusing on as a group, looking forward to some good positive performances.”