Ireland full-back Hugo Keenan has expressed his delight at the news that Jonathan Sexton has signed a new IRFU contract that will bring him up to next year’s Rugby World Cup in France.

Having initially began his professional career with Leinster in January 2006, Sexton went on to make his Ireland senior debut just under four years later.

He has gone on to become a pivotal figure for Ireland at Test level, picking up his 100th cap during last November’s victory over Japan at the Aviva Stadium.

Set to turn 37 in July, Sexton is still going strong as a talismanic out-half and is the captain of both his province and his country.

After watching from afar as his fellow Dubliner represented Ireland at the 2011, 2015 and 2019 World Cups, Keenan will be hoping to share the field with the dynamic number 10 at the 2023 tournament.

“To have him here until the World Cup, although he’s getting old, he’s still got it in fairness! It’s brilliant. I haven’t congratulated him yet, but I will do.”

Since starting a 20-16 win over England there in the 2010 Six Nations Championship, Sexton has gotten used to playing in the cauldron of Twickenham Stadium with 80,000-plus supporters. 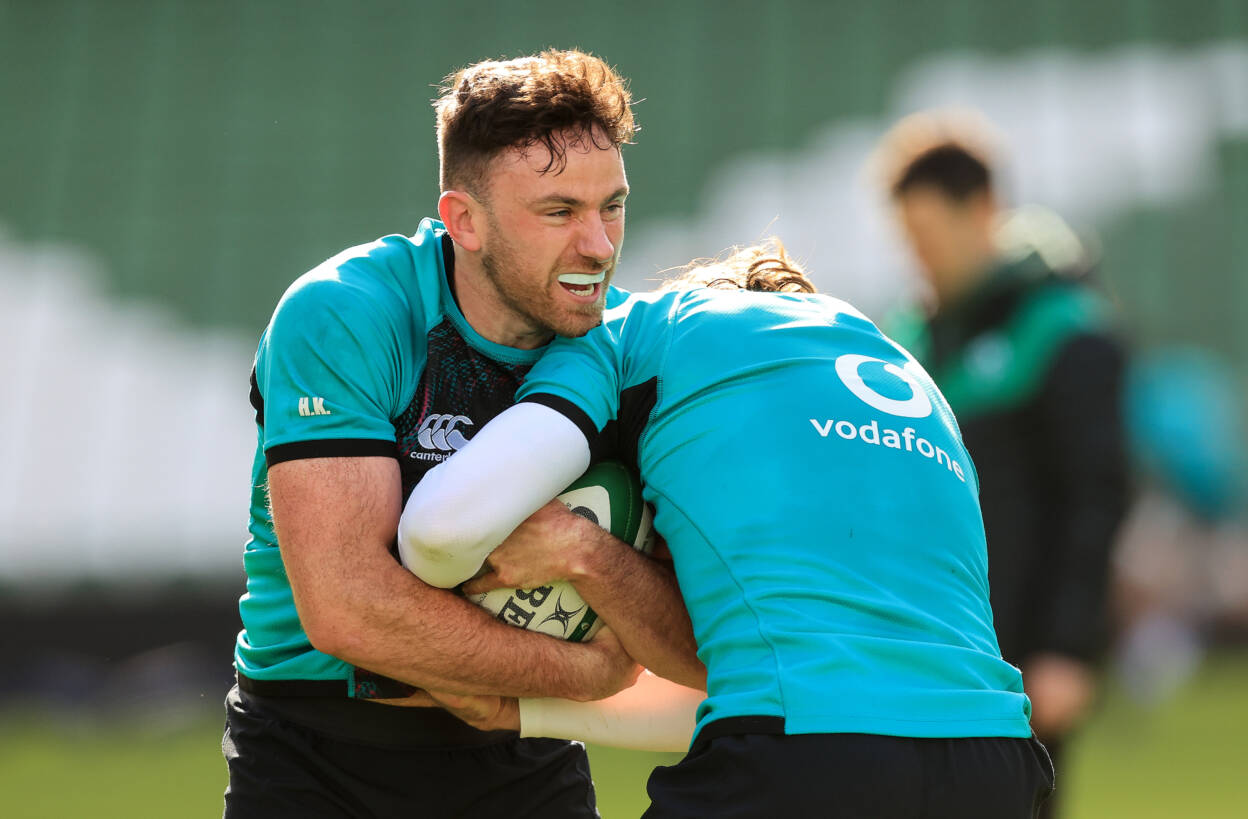 For Keenan, who made his international debut in the middle of the Covid-19 pandemic, this is something he has yet to experience, despite having played there twice in the past.

I’ve played in an empty stadium there in the Autumn Nations Cup two years ago now and in the London Sevens as well. I’ve never actually properly experienced a full 80,000 Six Nations game over there.

“We’ve been chatting about it during the week, what sort of atmosphere we’ll be coming up against, but I’m sure there’ll be loads of Irish there.

“That’s what the lads have been saying. You can always see green over there. The lads are even saying 20 or 25,000 supporters nearly getting into the stadium. It will be great to be involved hopefully. I think we’re all looking forward to it.”

Whereas Owen Farrell was England’s captain when Ireland faced their old rivals during last year’s Six Nations, he has been a notable absentee in the 2022 tournament due to an ankle injury.

While his ability to play at inside centre means he is not necessarily a direct replacement, much of England’s attacking play has gone through Marcus Smith, their exciting new young out-half.

Even though Farrell has played a crucial role for the team since Eddie Jones assumed the head coach reins in 2016, Keenan believes they still carry a massive threat without him.

“It’s still going to be such a big challenge. I know he (Owen Farrell) is a key individual for them, but the likes of Marcus Smith, Henry Slade, they’re both brilliant footballers in their own right.

“They’ve been stepping up and they’ve a few new young lads coming into the fray over the last year, who have been going well for them and are exciting players in fairness. It’s still going to be a huge challenge.

“It’s never an easy one going over there and you can see that by all the recent results, how difficult it is to go there and win. We won’t underestimate the challenge in front of us.” 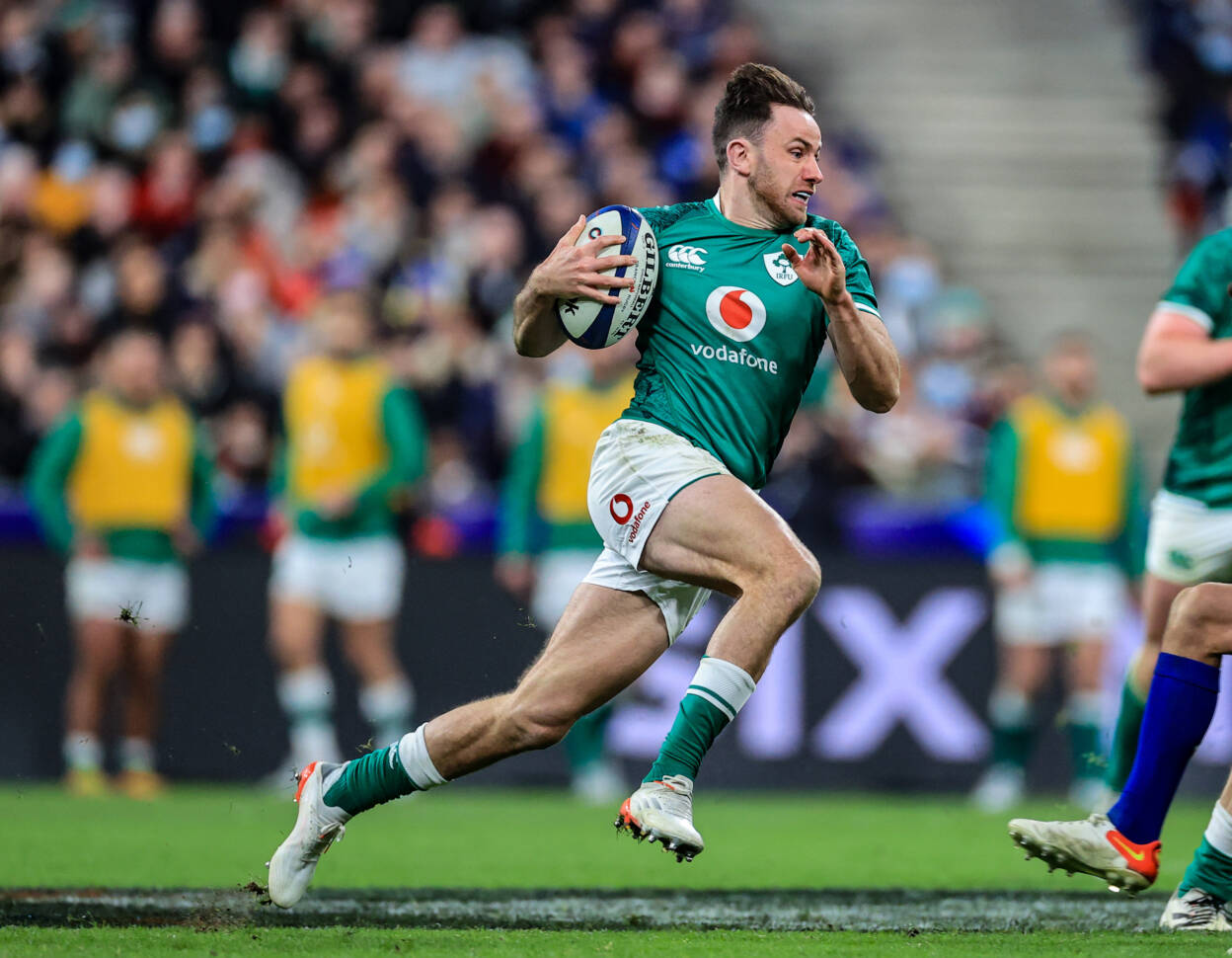 Keenan will, of course, be hoping to receive the nod to start the game in London after not being involved for the visit Italy last Sunday week.

That broke a run of 18 consecutive Test starts for the Leinster flyer and with Michael Lowry chipping in with a brace of tries on his international bow at full-back, the already ferocious competition in the back-three has stepped up a notch.

“Mikey went great, didn’t he? He’s electric and he got to show that. It was great for him. I’m sure the lads have been saying it before, but he’s such a good guy. Such a gent and he has been playing great rugby for Ulster,” acknowledged Keenan.

In fairness to him he deserved his shot and took it. Mikey got his two tries and you saw with all the smiles on the faces of the lads how much it meant to him but also the whole team. It was great to get another debut.

“It also adds to the depth of the squad and if you look at any position, there’s always going to be competition. I think it’s a healthy thing to have.

“There’s six or seven back-three (players) in here and we’re all champing at the bit really, all of us, trying to put our hands up and take that jersey. It’s definitely healthy and it’s great to have.”