Having missed out on the first two rounds with a hamstring injury, Ireland winger James Lowe is delighted to be back for today’s Guinness Six Nations clash with Italy at the Aviva Stadium (kick-off 3pm).

Following impressive displays against Japan, New Zealand and Argentina in the Autumn Nations Series, Lowe was hoping to hit the ground running with Ireland at the beginning of 2022.

He was forced to watch on as Andy Farrell’s men took on Wales and France in recent weeks, but will pick up his 10th cap against the Azzurri as part of a back-three that includes the fresh faces of Mack Hansen and Michael Lowry.

“I put a lot of pressure on myself for the last four weeks to make sure if I was lucky enough to be called back up that I’d be in the best possible shape that I could be, to give myself the best opportunity,” explained Lowe.

“Throughout my rehab it wasn’t just making sure my hammy was right, it was getting the rest of my body (right) and making sure my skills (were up to scratch).

“I was throwing a ball against the wall for an hour a day. I was throwing the ball up in the air and looking at myself catching it. Just little things like that and I’m absolutely thrilled to be back in a new-look back-three and I’m excited.

“It was a frustrating period. I literally pulled my hammy the day before the Six Nations squad was announced. It wasn’t very fun.

“But I had a good four or five weeks to make sure that if I did get an opportunity, I’d take it with both hands.” 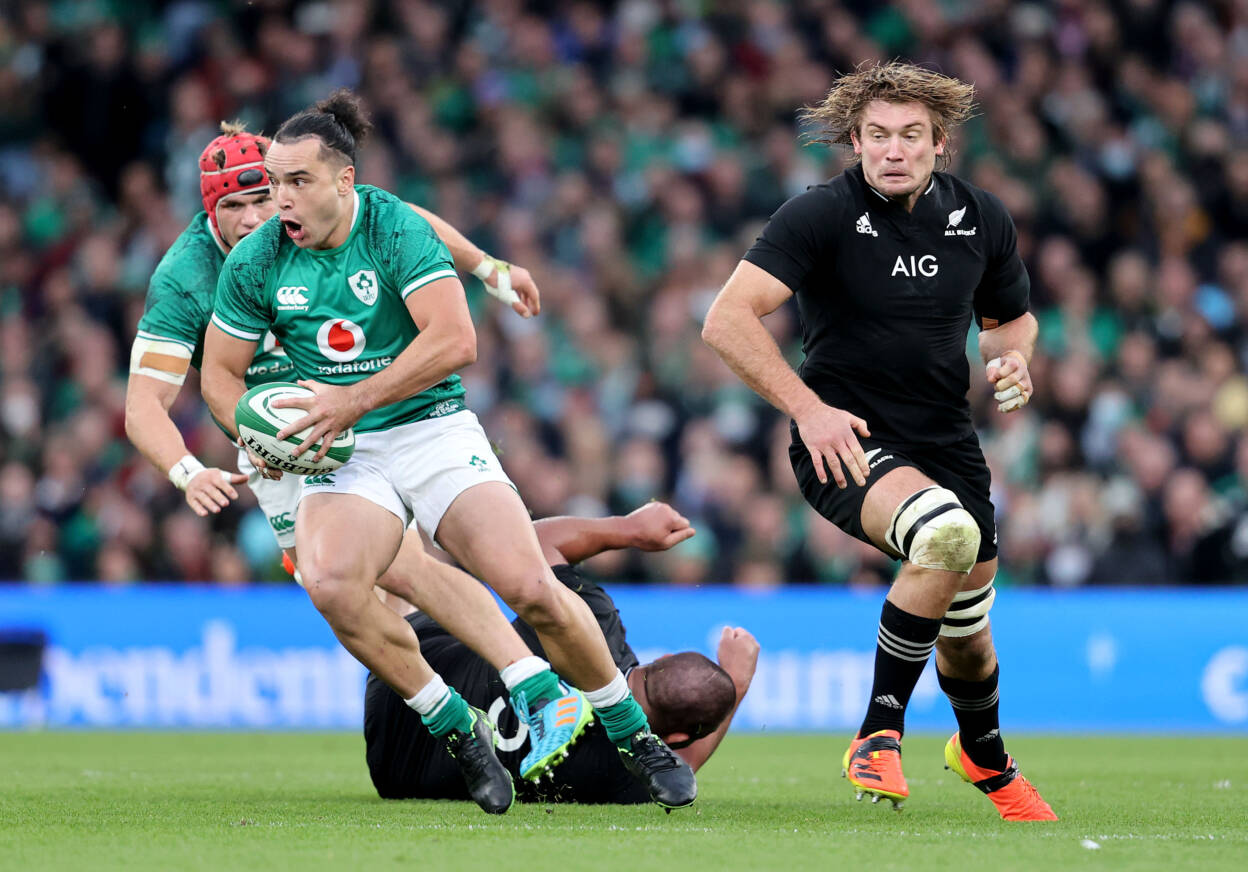 A debutant against Wales in the Autumn Nations Cup back in November 2020, Lowe acknowledges that he initially found it difficult to find his feet in senior international rugby.

The defensive side of his game came under intense scrutiny, but the longer he has been in the Ireland set-up, the more comfortable he has become.

I’ve come on in leaps and bounds in terms of my defence inside the system. That stuff doesn’t make me nervous anymore.

“I work on it every day, I visualise different situations and I make sure that if I do get something wrong, I talk to the right people and I ask them what they think I should be doing.

“We’ve got an amazing team of analysts behind us who can clip everything up to seconds before what happens and to seconds after.

“It’s just about decision-making and making sure you hit the right person. I’ve got no anxiety when it comes to defence anymore. I feel like I know what I’m doing.”

Like so many – both inside and outside of the camp – Lowe has been impressed with what he has seen of the aforementioned Hansen and Lowry.

Whereas Hansen made his international bow in the first round win over Wales, the latter will pick up his first cap on the back of excellent form for Ulster in the United Rugby Championship and Heineken Champions Cup.

The selection of this back-three combination means that Hugo Keenan misses out on a matchday squad for the first time since February 2020 – a round Six Nations third round defeat to England that pre-dated the Covid-19 pandemic. 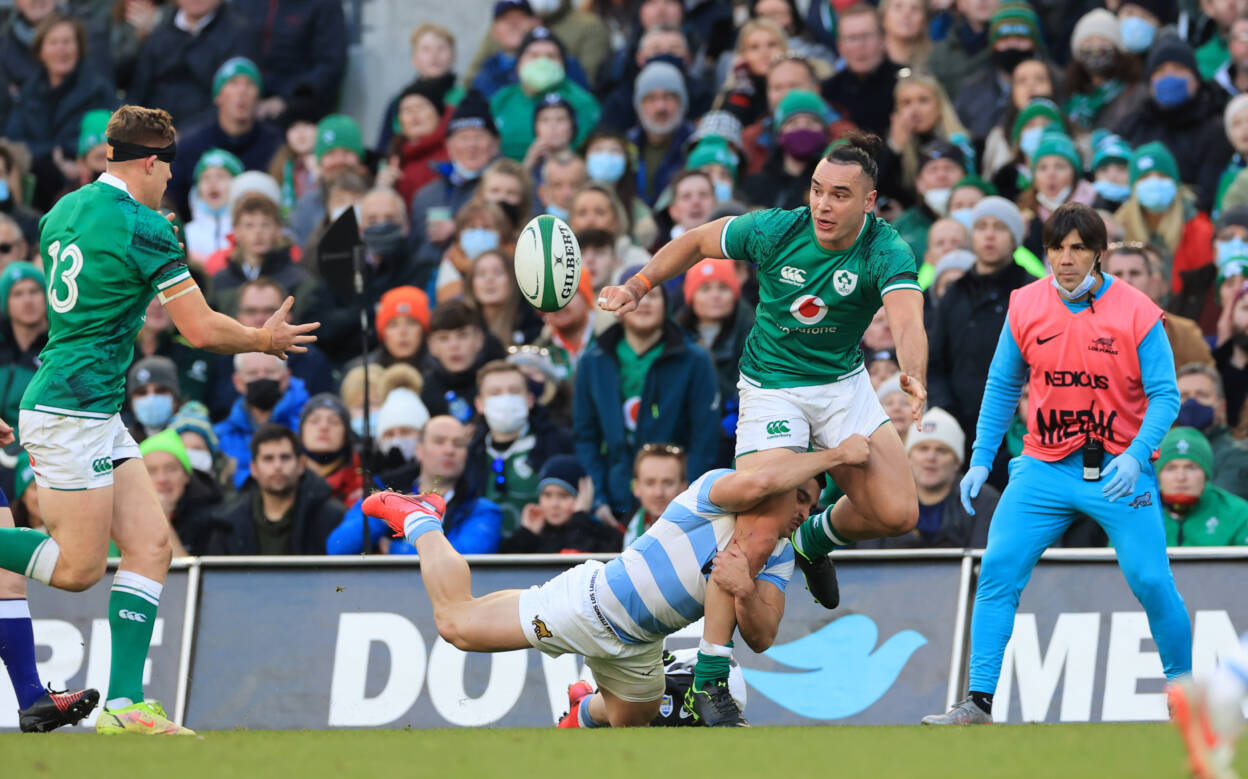 Lowe revealed that his Leinster colleague Keenan has still been playing a big part in their preparations for today’s game against the Italians.

“It has been a good week. I know Hugo’s not playing this week, but he’s still heavily involved and he’s pretty much the brain’s trust. I’m not going to lie, he’s the dude on a Sunday night who will be going through the clips that Simon (Easterby) sends in.

“Him and Simon have a good relationship, and they are hand in hand most nights before dinner! I lean on him, he does a lot and that filters through to all the back-three.

“In terms of Mack, he’s highly athletic. Watching him train, watching him run around with ball in hand, he’s an impressive athlete.

“Lowry is a small boy, 76kg, but size isn’t any means to deter him. He’s physical enough for a small frame. He’s got some skill-set and he turns up in good positions on the pitch.

“His kicking game, running game, catch-pass, I can’t fault him. I’ve only been in for a week, but the way he holds himself, the questions he asks, it’s impressive. I don’t see why what he’s done throughout the week won’t lead to a good performance from him,” he added.