Ireland captain Jonathan Sexton has admitted it was difficult to watch on from the stand during the recent 30-24 Guinness Six Nations defeat to France.

Ruled out of the Paris showdown with a hamstring strain, Sexton travelled over with the squad but was a reluctant bystander as Andy Farrell’s men came up short against les Bleus.

Having suffered a difficult loss to the same opposition at the Stade de France in October 2020, Sexton had earmarked the game in his diary for quite some time.

It was not to be for the veteran Leinster out-half, but he has since regained full fitness and is available for Sunday’s visit of Italy to the Aviva Stadium (kick-off 3pm).

“I’m not the best spectator. This game (against France) was particularly tough. It was a game I almost had in my head for the last two years, based on what happened there previously,” he said.

“I thought I was in a great place to go and put that to bed. Put those demons to bed and it was bad timing to pick up the small injury like I did.

“There were some great learnings for the team in there, but it was definitely tough to watch.

“I trained fully at the back-end of last week and did physio the day we played the (Ireland) Under-20s. Then trained fully again today and yesterday. Good to go thankfully.”

In his absence, Sexton’s former provincial team-mate Joey Carbery, who replaced him for the final quarter of the first round win over Wales, was thrust into the limelight for his first Six Nations start.

The general consensus was that Carbery handled the Paris cauldron in impressive fashion and this came as no surprise to the Ireland skipper.

“I pulled out early on the Wednesday and was hoping it wasn’t too bad, but we went for a scan and it was bad enough to rule myself out of the game. We’ve been swapping in and out all the time, but I thought he did well.

When you get called in late, it’s always tougher I suppose. Joey would have been preparing the same anyway, knowing him. He’s a very good professional and always does his prep right.

“I don’t think it would have affected him too much, but he was composed on the day and did well. It’s good for him, having had a tough time with injury to get back.

“He’s played a few games now in the summer and then against Argentina and France. He’s getting those games in the international arena under his belt. He’ll be much better for it.” 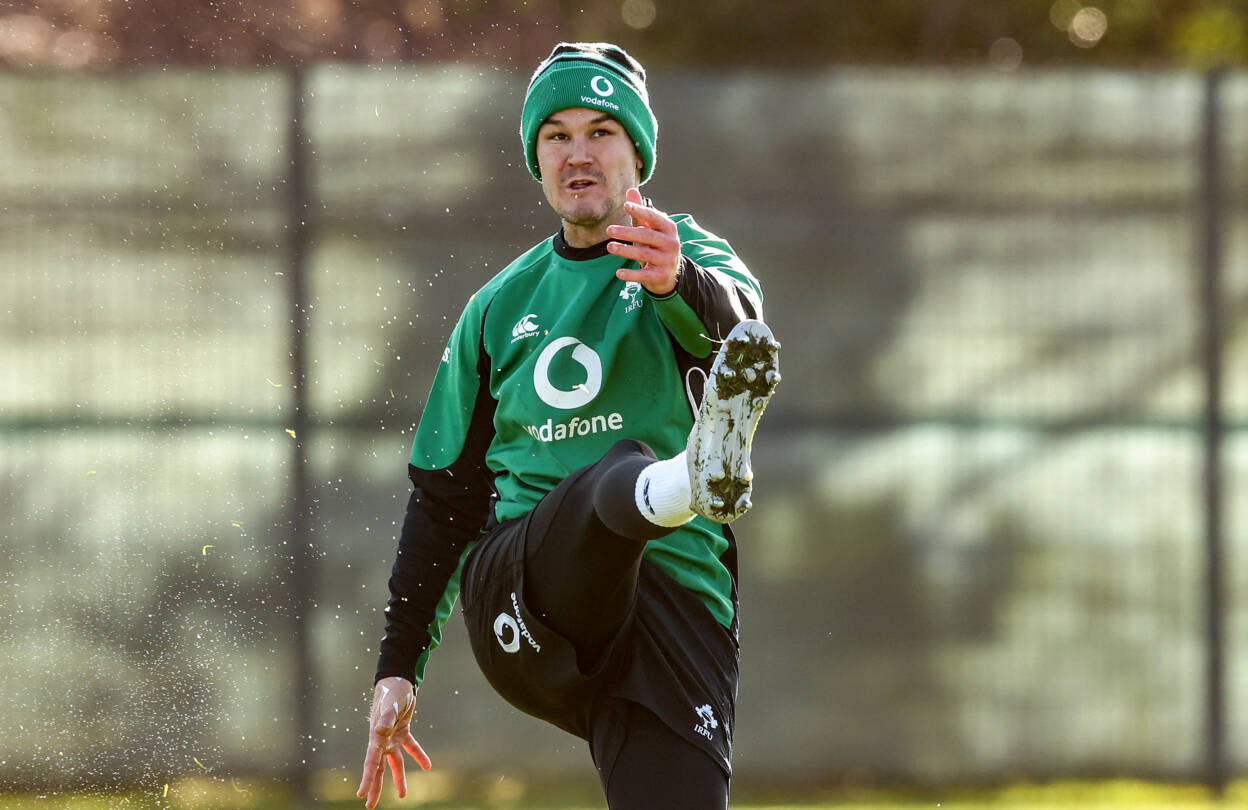 Carbery’s confident performance the last day out – and the return of Jack Carty during the closing minutes of the game – means that competition for Ireland’s number 10 jersey remains at a high level.

Yet, as Sexton himself points out, this has often been the way for him from both a provincial and international perspective.

“I’m well used to competition. I’ve had it my whole career. Whether it was early doors with Ronan (O’Gara) and Felipe (Contepomi) in Ireland and Leinster.

“Then when you get the jersey, you always have someone else you’re competing with over the years. Like Ian Madigan, Ian McKinley, Paddy Jackson and Joey.

“Joey has been around a long time. He’s 26 now, so I’ve been used to it for the last five years. It’s nothing new really. Nothing has changed for me.

“What’s important to me is to make sure that I prepare as best I can. There’s no point in worrying too much about what other people are doing. You’ve got to concentrate on yourself and that’s what I’ve always tried to do.

“Of course I respect other 10s. At Leinster, I’ve got great competition with the three guys there. It’s nothing new.

“But like I said, it’s just to focus on yourself. Make sure you’re fit and firing when you do get the chance to play.”

If selected, Sunday’s encounter will marked the 11th time Sexton has faced Italy at Test level. To date, he is yet to come out on the losing side against the Azzurri, having missed Ireland’s 2013 Six Nations defeat to the Italians.

When he played a starring role in Ireland’s 48-10 victory in Rome during the third round of last year’s tournament, Italy were coached by Franco Smith.

South African native Smith has since moved into the new role of Head of High Performance within the Italian Federation, with Kieran Crowley now in charge of the national team. 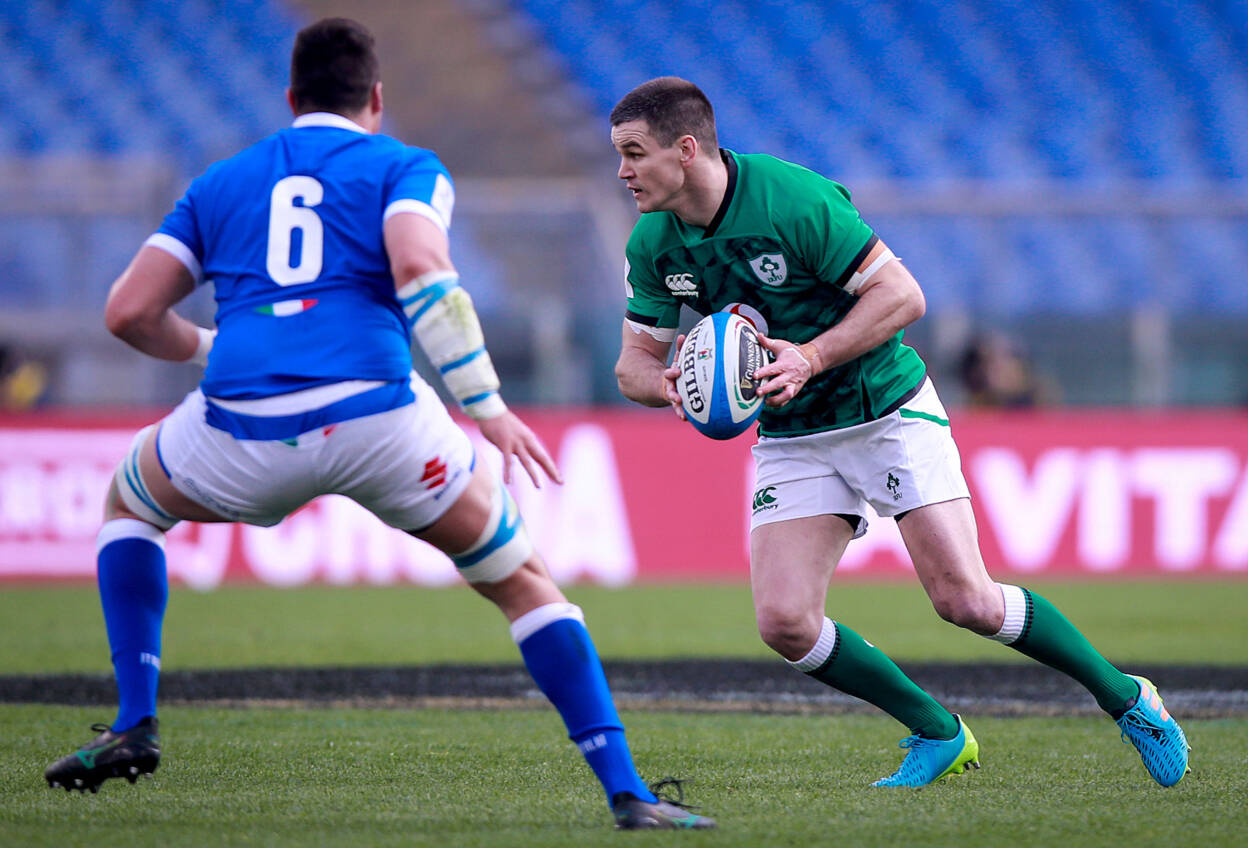 Sexton has come up against New Zealander Crowley on a number of occasions in the past and believes he is already laying some strong foundations in the Italian set-up.

“I’ve always been really impressed with any team I’ve played against with Kieran Crowley as coach. With Treviso, Canada at the previous World Cup (in 2015) and now Italy,” he added.

You can see some of the improvements they’ve made already in the first two games. I think it’s clear they’re in a little bit of transition as is the case every time that you get rid of one coach and bring in another.

“It takes time to bed down ideas and to get everyone to buy into them and be good at them. They are in a little bit of that, but I think we’ve seen big improvements compared to where they were last year.

“We’re very mindful of some of the very good individuals they have throughout the team, and we’re giving them the full respect they deserve in terms of how we’re analysing and preparing this week.”