Dave Kilcoyne believes a strong start will be the key to a successful outing for Ireland against Italy in the third round of the Guinness Six Nations on Sunday.

Andy Farrell’s men sit third in the table following a 29-7 bonus point win overWales at the Aviva Stadium and their 30-24 defeat away to France, a week later.

The Kieran Crowley-coached Azzurri, on the other hand, have suffered back-to-back losses at the hands of France (37-10) and England (33-0).

The Italians led the French 10-8 during the first half of their recent clash, though, and Kilcoyne acknowledged that Ireland will need to prevent them from gaining early momentum at Irish Rugby HQ this weekend.

“They’ve started very well against teams. They’ve put a lot of teams under pressure at the start, they’ve been unlucky with some results,” said the Munster and Ireland prop.

“We can only look at ourselves. I try not to look at other teams. You look at yourself, trying to improve yourself and your team as best you can.

“Italy are on their own mission to try and get better, as are we. Look at someone like Monty Ioane or (Paolo) Garbisi, they’ve these incredible players.

“When it clicks for them, it really does. You have to be really on point against them and I think a good start against them is crucial.” 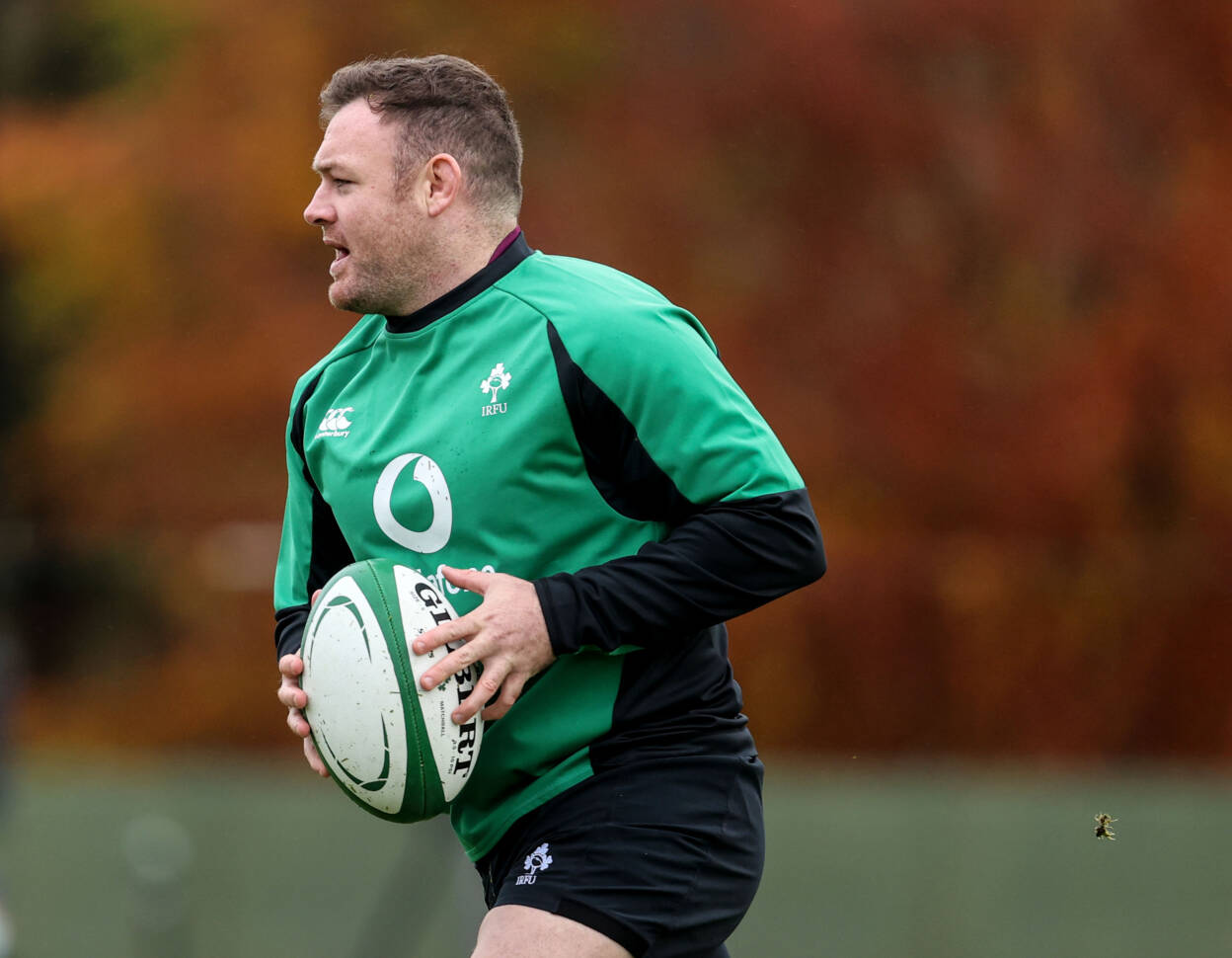 Kilcoyne, who made his 200th appearance for Munster in their United Rugby Championship victory over Edinburgh last Friday, has accumulated 45 senior caps with Ireland.

With his most recent run-out in green was in last July’s home win over the USA, he has had to be patient since then as he battled Andrew Porter and Cian Healy for a spot in the matchday squad.

The Limerick man will be eager to get back on the pitch this weekend, but regardless of who is selected on the day, his attitude and mentality will remain the same.

“I think if you’ve that negative attitude and it’s ‘why me?’, you don’t survive in this environment. It’s a very honest environment in here. ‘Faz’ gives it to you straight. That’s all you can ask for as a player.

“Then it’s up to you. There’s no room for hanging your head here and ‘poor me’. It’s about making yourself better to make the team better.

You’ve got to be coming in here bouncing. This is a place where it’s a high-energy environment, high octane. Everyone bounces off each other.

“If you’ve a negative mindset in here, you’re not going to survive. That’s the way it should be. There’s no room for people moping around.

“It’s to help prepare whoever is involved for the weekend and hopefully you’re doing your job at training and that gets you involved.”

Kilcoyne, who turned 33 in December, did feature prominently during last year’s Six Nations, seeing game-time in all bar one of Ireland’s five matches.

Injury saw him forced off against England with just 20 minutes gone in the game, but that was a day when things really started to click for this Ireland squad under Farrell.

They continued on an upward trajectory after that point, winning a further six Tests before this month’s trip to Paris which still provided some encouragement despite the result.

When asked about what areas he feels Ireland have improved on over the past 12 months or more, Kilcoyne said he believes they have developed their game across the board. 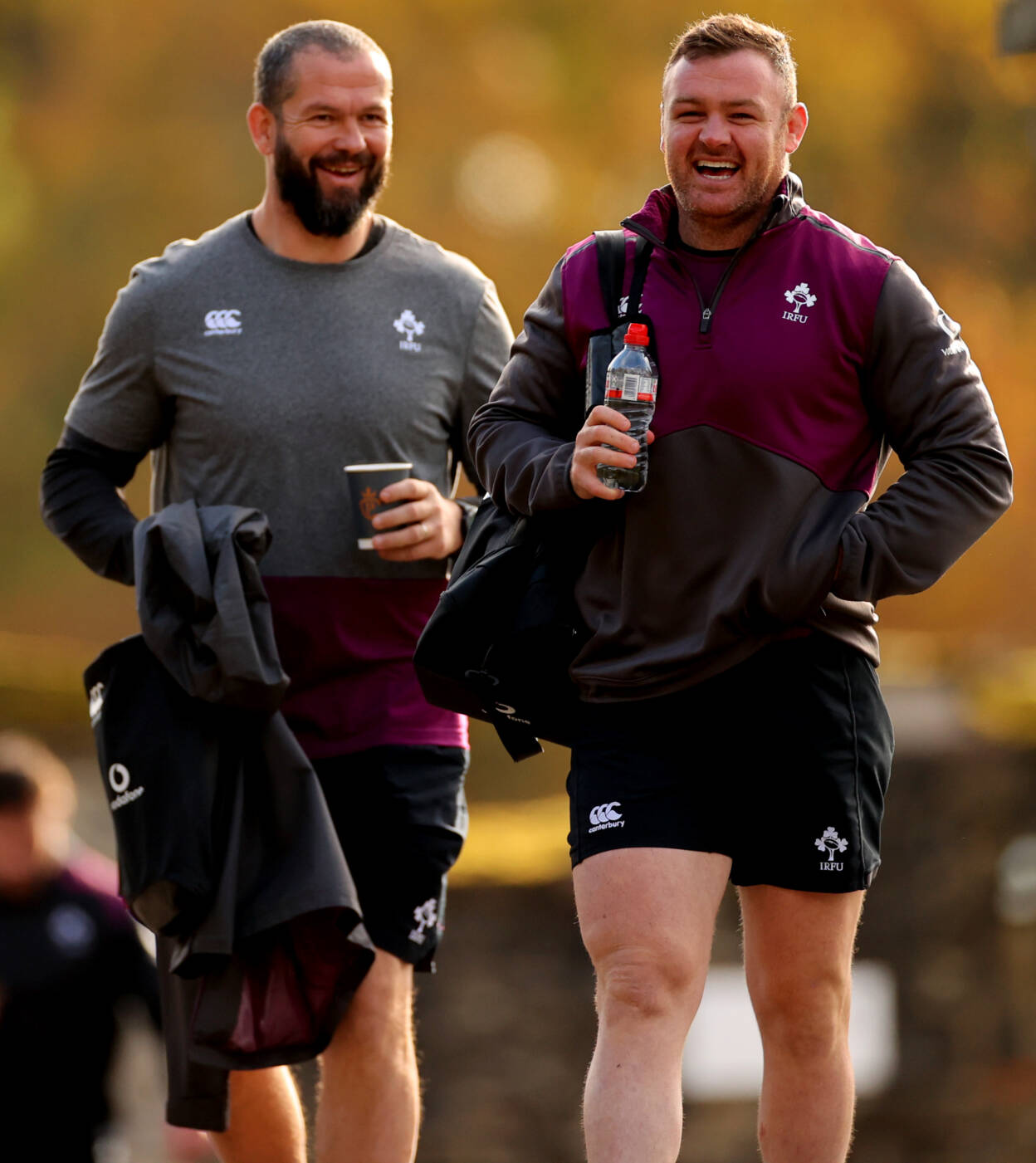 “That’s the thing with Faz. We’re trying to push our boundaries here and get better in every area. There’s no room for complacency in this environment and that’s the beauty about it,” he added.

“Everyone pushes themselves. You look at even breakdown, the contribution Paulie (Paul O’Connell) has made since he’s come in around our maul.

“Si (Simon Easterby) in ‘D’, Fogs (John Fogarty) at scrum and Catty (Mike Catt) in our attack. I think every area has progressed, but I think there’s more scope for progression, which is the really exciting thing.

“I think Irish rugby is in a very healthy state, but it’s up to the lads who get chosen at the weekend to keep pushing the boundaries that the coaches are asking them to push.

“Give a performance that everyone knows in here we’re capable of giving.”