Musgrave Park plays host to the Energia Bateman Cup final between Lansdowne and Young Munster. Kick-off is at 1.45pm tomorrow. Admission (cash upon entry): adults €10, concession €5 and children under 16 free.

In 1928 the Cookies saw off Lansdowne and in a coincidental twist of faith, Gearoid Prendergast’s side face the same opposition in the final at Musgrave Park this time around as well.

Ahead of the decider in Cork, we caught up with Prendergast who described it as the biggest game that the club has had since they won the All-Ireland League title back in 1993.

“It’s massive. There is a strong affiliation with the club because of the history associated with that (1928) match, and then of course ironically with Lansdowne, so it’s kind of scripted, isn’t it?,” said the Munsters head coach.

“Hopefully it goes our way on Saturday but we’re under no illusions. We’re coming up against a very strong Lansdowne side so it’s going be a very, very tough game, but hopefully a wonderful and enjoyable game to watch.”

The Bateman Cup clash throws together two very evenly-matched teams who met in October in a cracking Division 1A contest on the Aviva Stadium’s main pitch.

On that occasion it was the Limerick club that got the better of the headquarters club, but Prendergast believes that the 24-20 victory will have no bearing this time around.

He has been impressed with what he has seen from Lansdowne, who are looking to win this prestigious All-Ireland Cup crown for a seventh time – including last year when they deemed joint winners due to Covid-19 – and is expecting another serious battle. 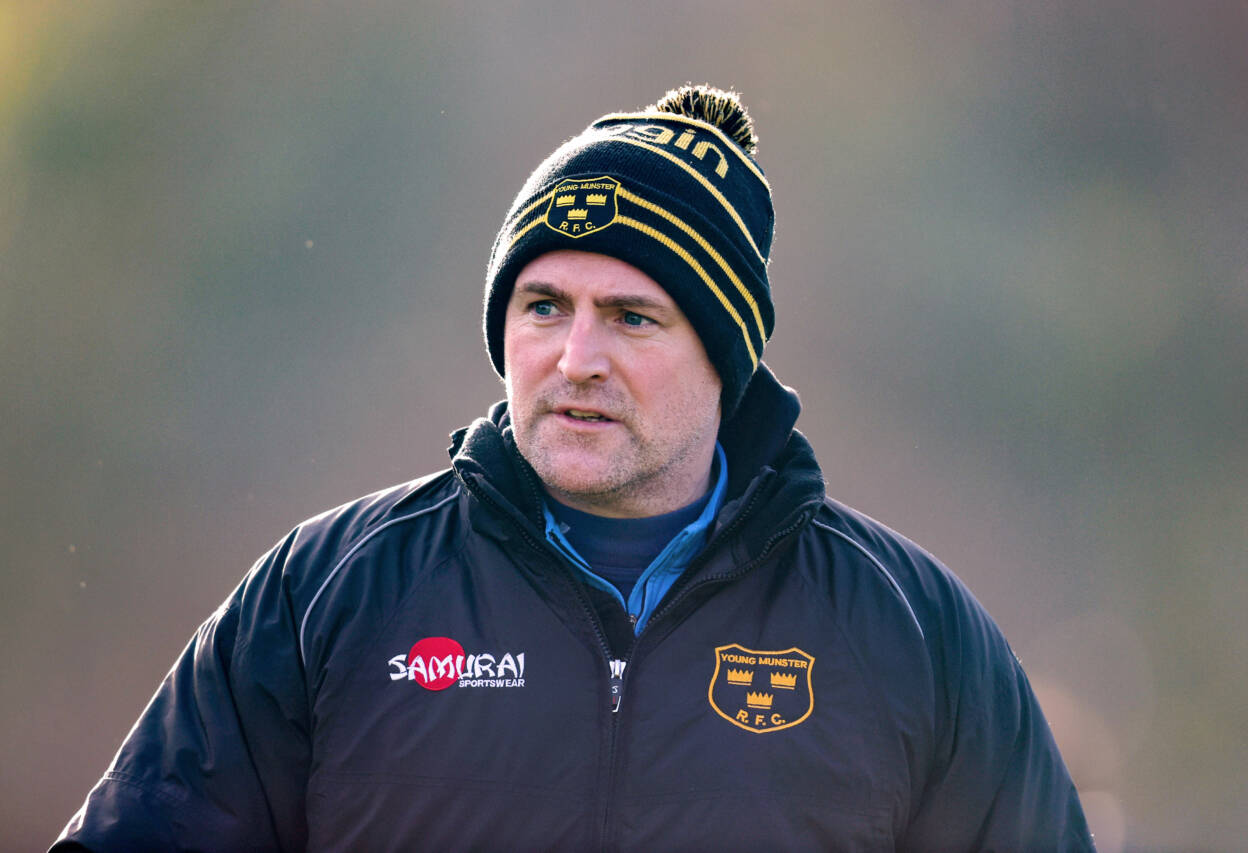 “They’re very talented right the way through,” he said of Mark McHugh’s charges. “There is a strong depth in their squad as well  – they have some very experienced guys blended with some really good talented young players coming through in the Leinster system as well.

They can be very dangerous from every part of the park so you’ve got to be on your game all day long. We know them and had a good result to get back in the Aviva but it’s a final.

“It’s a different game and probably some different players involved as well for both sides, so it’s going to be an interesting one.”

Young Munster have had good runs in cup competitions in recent times, winning the delayed 2021 Munster Senior Cup and as well as reaching the Bateman Cup final, they will compete in the Munster Senior Cup decider once again this season – a fixture against local rivals Garryowen next month.

“We have thrived in the cup scenario recently, but we’ve also had disappointment in recent years as well,” admitted Prendergast. “A lot of them been in the Senior Cup and quite a few against Cork Con.

“I suppose you use these stories to motivate you to achieve better things in the cups. We’ve developed a bit of a habit of winning cup games and this is the biggest one yet, so we are really excited about this.”

It has been a season of mainly highs in the All-Ireland League for Young Munster, but there have been some lows too as they come into the Bateman Cup final on the back of defeats to Garryowen and Dublin University in their last two games.

Although those losses have seen them slip out of the top flight’s top four, Prendergast is generally happy with where his team is at.

“Yeah, there’s been a few games that have been quite frustrating, for want a better word, but it’s always going to happen in a season this long with this many games.

“From a broader perspective I’m quite happy with the way the season is going. We’re still very competitive in the AIL and have strong chance of making the top four.” 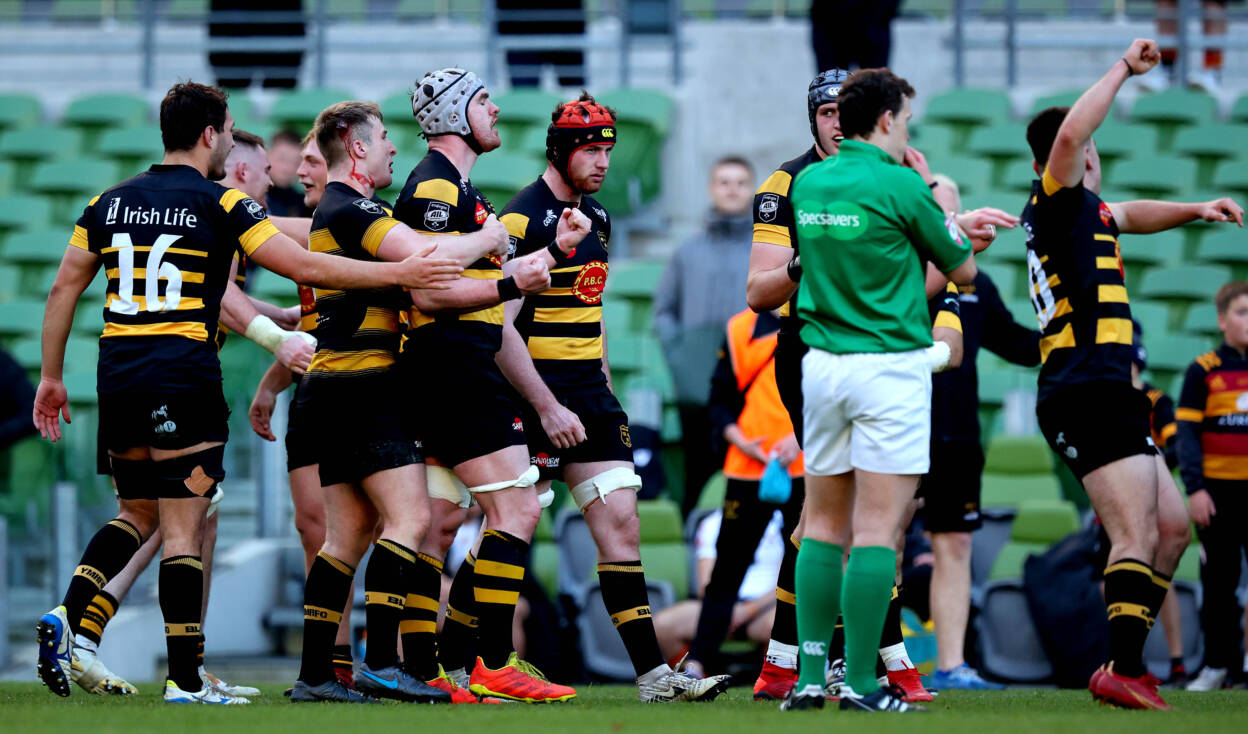 Tomorrow’s encounter takes place on the artificial pitch at Musgrave Park and should, weather permitting, be a highly entertaining match.

Prendergast reckons that Lansdowne could have an advantage due to their experience of playing on the Aviva’s all-weather back pitch. Nonetheless, he is hopeful that his players can replicate that winning performance from October.

“If you’re talking about a pitch that’s the closest thing to 4G, it’s probably the Aviva. It was in incredible condition so you know in terms of that (Musgrave Park) will be very similar. It should suit both teams to play,” he acknowledged.

It was definitely one of the more entertaining games of the season so far (when we met in the league) and we got a lot of attention afterwards for that.

“Conditions play a big part as well. Will it be wet? Will it be windy? You have all those things to think about, but it’s a matter of getting out there now and getting ready for it.”