This is Jack Boyle's second season with the Ireland Under-20s, after playing in last summer's U-20 Six Nations Championship in Cardiff ©INPHO/Laszlo Geczo

Following several weeks of hard graft behind the scenes at the IRFU High Performance Centre, Ireland Under-20 prop Jack Boyle was thrilled to see it all come together in their Six Nations opener against Wales.

Played in front of a large partisan crowd at Musgrave Park, Richie Murphy’s youngsters began their campaign with a runaway 53-5 bonus point win.

Having not been involved in December’s warm-up match against a Munster Development XV at the same venue, this was Boyle’s first experience of playing at Musgrave.

He did play in front of a sizeable attendance for St. Michael’s College in a narrow Leinster Schools Senior Cup semi-final defeat to Newbridge College at Energia Park in March 2020 – shortly before Ireland entered into its first national lockdown – but this was an entirely new level for Boyle and his team-mates.

“It was brilliant. That was the first time probably all of us had played in front of eight or 9,000 people. That part of it was really special and then the performance side of it was also great,” he said.

“To see some of the stuff we were working on, some of that stuff that we knew or understood that Wales would throw at us. We were delighted with it.”

Whereas most of the players in the current Ireland U-20 squad have struggled to get consistent exposure to rugby since the Covid-19 pandemic started almost two years ago, Boyle counts himself as one of the lucky ones.

That aforementioned 25-22 loss to Newbridge ensured that his schools rugby days were already at an end, and just over a year later he was included in the Ireland squad for a summertime U-20 Six Nations.

“I didn’t actually stop training that much. I was in Leinster the whole time and then I was lucky enough to get selected last year,” admitted the Leinster Academy loosehead, who has also been getting game-time this season with UCD in the Energia All-Ireland League.

“I’ve pretty much been going about my business the same way. The social side of things is obviously cut off a bit, but that’s starting to open up now again. The rugby side of things kept going for me really.”

Boyle is glad to be playing his second age-grade Six Nations in a more traditional fashion, after making four appearances during last summer’s Covid-19-restricted, one-venue tournament which was held at Cardiff Arms Park.

The year last year was a bit different with Covid, so it was the five or six weeks over in Cardiff. We didn’t get a normal run of it.

“This year is the year where we get to express ourselves more and play in front of 8,000 people really, which is brilliant.”

Jimmy Duffy, a stalwart of Connacht Rugby, has come on board this year as the Ireland Under-20s’ forwards coach. He was also involved with the Tonga national team on their northern Hemisphere tour earlier this season.

Speaking about Duffy, Boyle admitted: “He’s brilliant. His attention to detail on things that you wouldn’t even think of really is just incredible. He keeps us on our toes and he is really good, to be fair.” 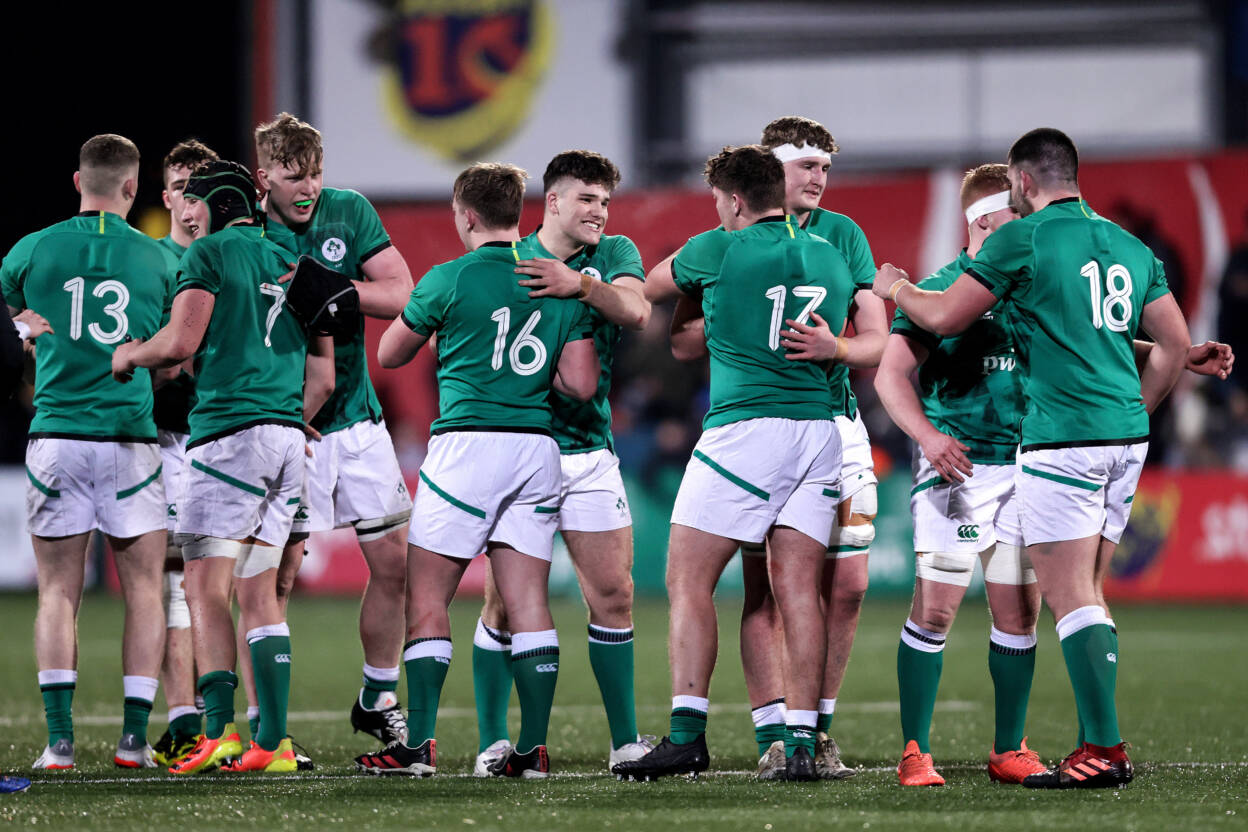 The 19-year-old front rower is part of a strong Leinster contingent in this Ireland U-20 squad with 13 of the 31 players selected hailing from the eastern province.

As much as he appreciates this familiarity, he is also forging a strong bond with those from the other three provinces as well as IQ Rugby’s Chay Mullins. He added:

Once you kind of get into gear and you’re in the Irish bunch, you kind of forget about that provincial separation.

“It is a good help, but we’re all pretty much best mates now at this stage with the six of seven weeks we’ve had together.”