Garry Ringrose is pictured during Ireland's training camp in Quinta do Lago in Portugal, ahead of the start of the Guinness Six Nations ©INPHO/Ryan Bailey

The Guinness Six Nations opener will mark almost two years to the day since Irish Rugby HQ was last sold out for a Championship game.

Ringrose missed that fixture having suffered a hand injury during the previous week’s 19-12 victory over Scotland. This only helps to make him more excited for the challenge that lies ahead this weekend.

Speaking on team announcement day, he said: “It’s tricky to put into words the feeling. I won’t do it justice, but it’s just incredible getting a chance to play in front of a full Aviva.

“We’ve had some special days in the past and thankfully I’ve managed to enjoy them and be part of them. That kind of motivates you to try and do that again.

“With the Six Nations and the context of what has happened over the last two years, we’re always talking about the light at the end of the tunnel, but it does seem that it’s something you’re allowed to say now. 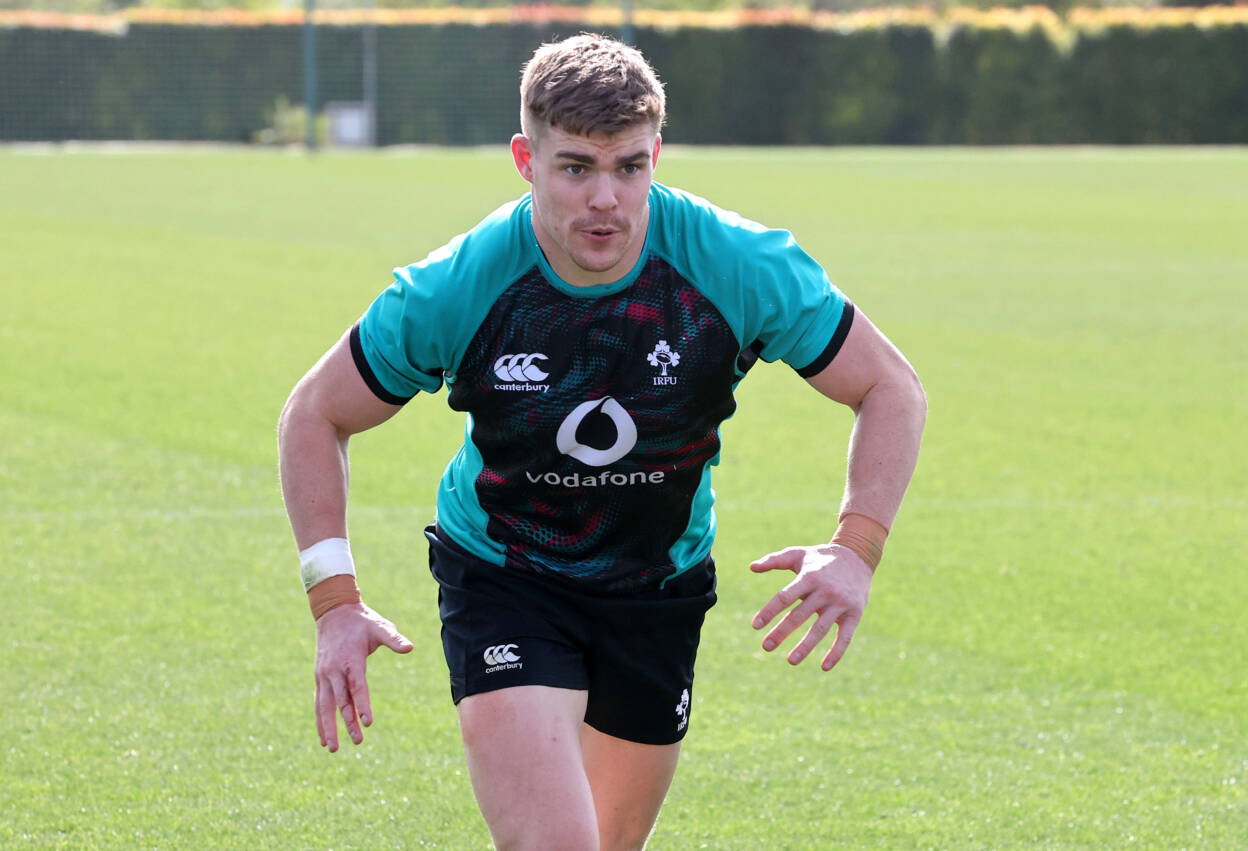 Of course, Ringrose did play in front of a full Aviva during last November’s Autumn Nations Series, with the arrival of New Zealand to Dublin, in the middle of the three-game campaign, seeing Ireland fans travelling from far and wide to witness an engrossing contest.

Andy Farrell’s men enjoyed an unbeaten march through the autumn, building on an impressive end to last year’s Six Nations as well as the back-to-back summer Test wins over Japan and the USA.

While Ringrose acknowledges it was a satisfying way to round off the 2021 calendar year, he insists that the Ireland squad has to continue pushing forward.

“That’s the only thing certainly I’ve been focusing on and the group has been talking about and focusing on.

“Obviously it was cool to be involved in some of those results, but that’s the past now. It’s about building and growing, trying to be better at every opportunity we get. That’s all that matters really to us.”

Although he featured in the back-three on a number of occasions in the early stages of his Leinster career, the 27-year-old has primarily been used as an outside centre for both province and country.

For Wales’ Josh Adams, his opposite number on Saturday, the switch from wing to midfield is a relatively new one.

This has partly been brought about as a result of a long injury list within the Welsh ranks, and Ringrose recognises he has to be ready for an unorthodox approach from the Swansea native.

“There’s an element of unpredictability and maybe a little bit of fear factor from that perspective. There wouldn’t be a huge amount of tapes to be able to watch of him playing at 13,” he acknowledged.

“However, there is that relationship between the 13 and the winger, and how to defend. Especially how teams are defending nowadays.

“Someone who can defend on the wing like he can and as well as he can, that’ll be no problem for him in the centre, I’m sure. There’s that bit of fear factor of what to expect or to be ready for. 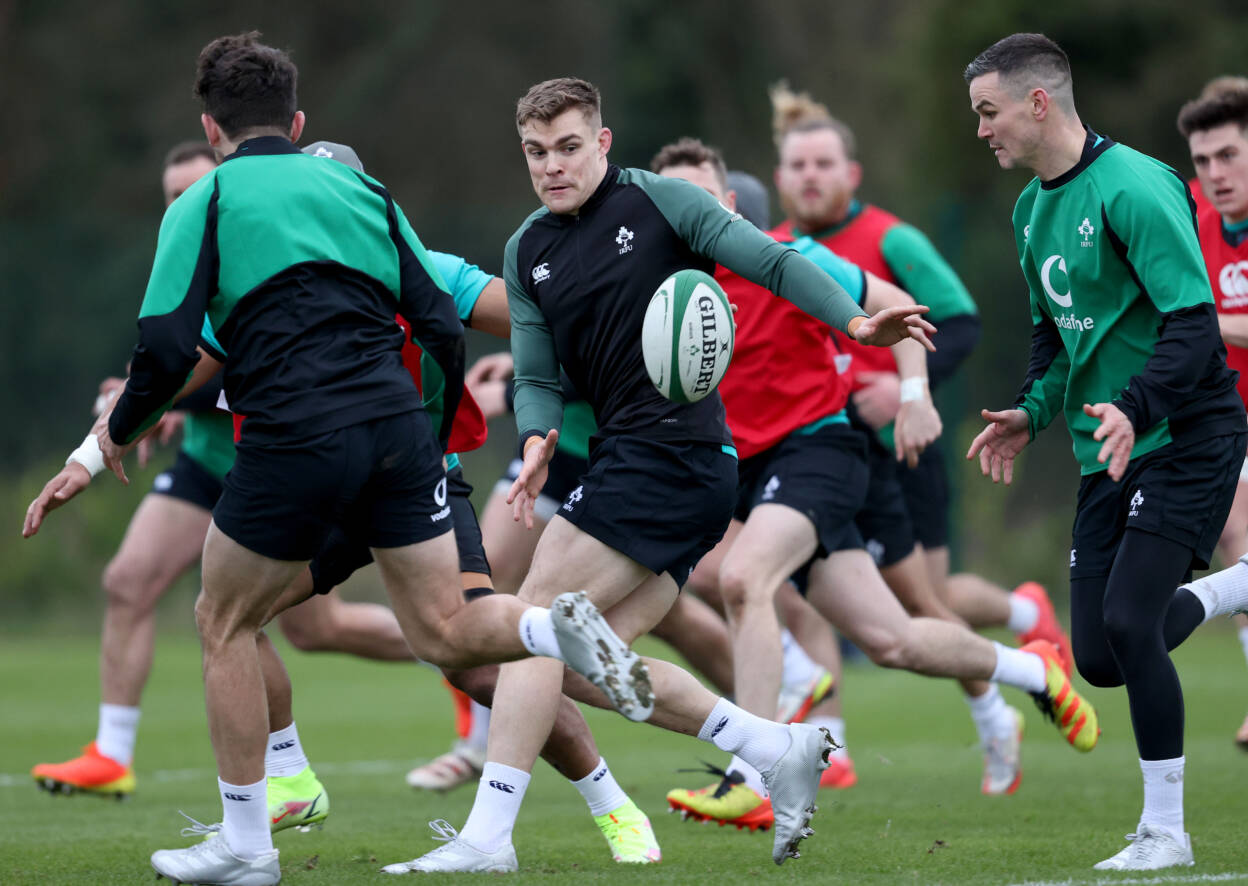 “That’s always the case in terms of my own pictures, to still prepare as best I can to how Wales’ attacking shape is and defensive shape is.

“Try to figure out how he’ll fit into that as well as looking at his individual traits and trying to be ready for what he’s going to bring. That’s the challenge on my front.

“In terms of him, he knows his way to the whitewash, especially in the Six Nations. That’s the forefront of my mind, to try and do whatever I can to stop that.”

Conversely, Wales will also have to keep tabs on Ireland’s debutant winger Mack Hansen, who steps up for his first cap alongside Hugo Keenan and Andrew Conway in the back-three.

Hansen, who played for Australia at Under-20 level, qualifies for Ireland through his Cork-born mother and is rewarded for both his excellent form at Connacht and his impact in training.

Ringrose played against Hansen when the westerners visited Leinster in the United Rugby Championship in early December. He is thrilled to see him come in as a starter for Ireland, adding:

I’ve been watching him for Connacht, how dangerous he’s been. How good he has been on defence with his reads and how dangerous and lightning (quick) he is with the ball in his hand in attack.

“I’ve played against him as well. I learned lessons on that front and then thankfully I’m lucky I’ve got a chance to train with him, build that relationship and connection, which has been really good.

“I’m excited to see what he can do and I’m delighted for him that he’s getting his opportunity.”