Ireland captain Jonathan Sexton has expressed his belief that the 2022 Guinness Six Nations Championship will be one of the most competitive in the tournament’s history.

Andy Farrell’s men welcome defending champions Wales to the Aviva Stadium in the first round this Saturday (kick-off 2.15pm), on the back of an unbeaten march through the recent Autumn Nations Series.

Scotland enjoyed impressive away wins over England and France during last year’s Six Nations, while the English are expected to be back in the shake-up after a frustrating campaign last time out.

The race for the Championship crown seems too tight to call at this remove and Sexton is wary of all the challenges that Ireland will face in the coming weeks.

“We’ve really only focused on our first game, but you look across the competition and when the squads were being announced. All the teams are coming off the back of a good November,” he noted.

“A lot of teams from last year’s Six Nations will maybe feel that they could have done a little bit better. Wales having won it, probably felt they should have won a Grand Slam, but then there’s a few other teams in there going, ‘if we’d started the tournament a bit better…’.

“I think there’s a lot of teams in that boat. I think when you put it like that, I think teams will be coming in with big aspirations.

“Even a team like Italy, where they’ve got a coach (Kieran Crowley) that they know so well from having success with Treviso. I think they’ll be much better this time as well.”

Despite winning their second Championship in three seasons last March, Wales’ extensive list of absentees – 13 players are due to miss the start of the tournament through injury – has led many people to cast doubts over their title aspirations.

However, Sexton, a Six Nations debutant back in 2010, knows better than to write off the chances of their Celtic rivals.

We haven’t spoken too much about who Wales are missing. We spoke about who they’ve got. They played November with a lot of the same injuries and picked up some good results and good performances.

“They had some injuries through the Six Nations last year and they ended up winning it. We haven’t spoken about it too much.

“All we’re doing is preparing to play against a very good Welsh team that has had a great run of form over the last year. That is honestly what we’ve seen. We see a big, tough test ahead and that’s what we’re preparing for.

“The guys that are injured, of course, have big reputations because they’ve played multiple Tests for their country. They’ve performed week in, week out.

“These other guys that are coming in are at the start of their journey and could go on to have the same careers as the guys ahead of them. There’s not one ounce of complacency in our squad.”

In the absence of Alun Wyn Jones, and some other potential candidates, Northampton Saints out-half Dan Biggar has been chosen by head coach Wayne Pivac as Wales captain during this window. 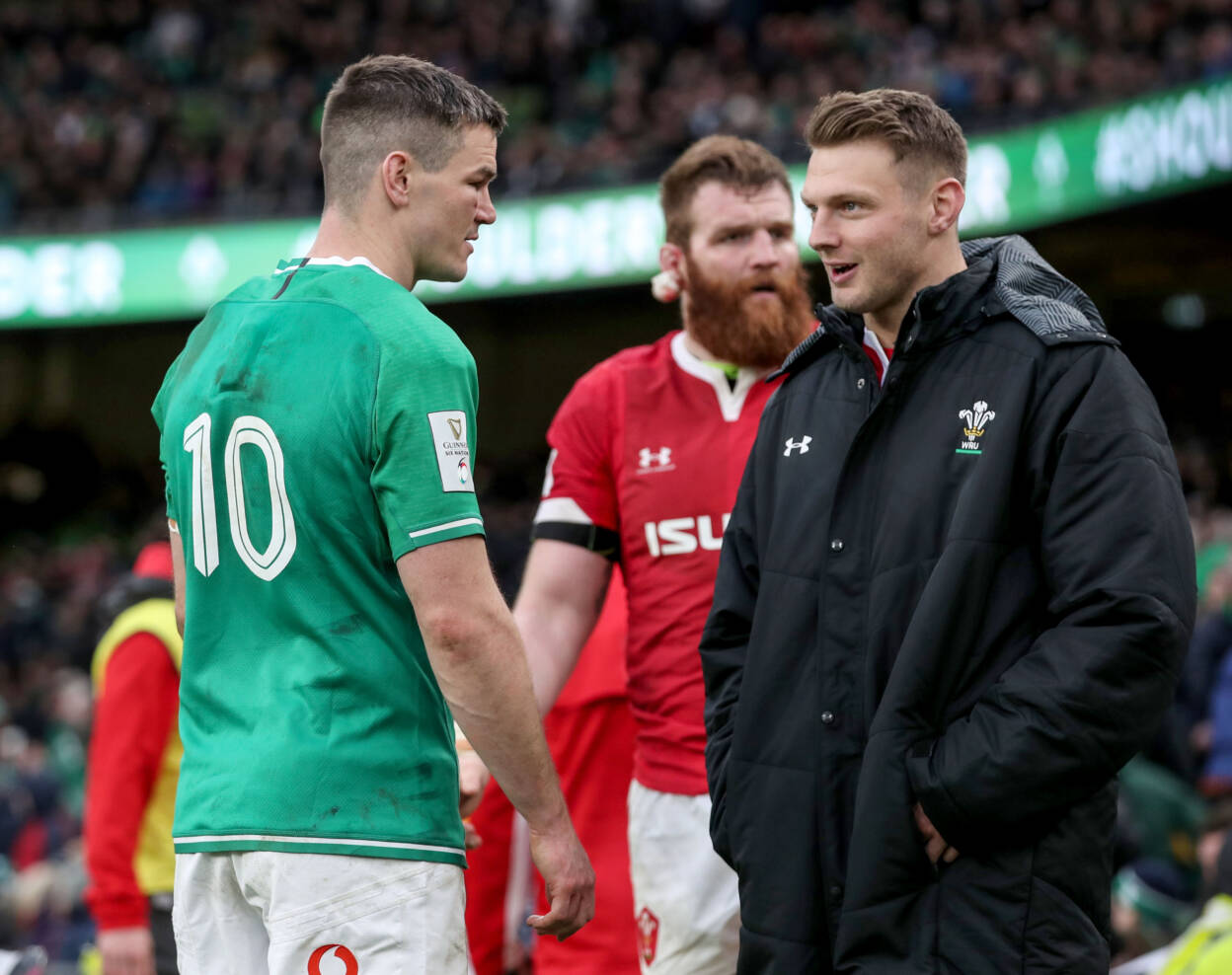 Sexton and his opposite number developed a strong bond together on the British & Irish Lions tour of New Zealand in 2017 and he was thrilled to see him being selected as Welsh skipper.

“We’ve had some great battles over the years. Dan’s a good pal of mine. The captaincy is something that he deserves thoroughly.

“He’s led from the front since probably 2015 when he made the jersey his own and he’s been a mainstay of the team. I’m looking forward to coming up against him on Saturday.

“I think he’s improved his game immensely over the years. I think his move to Northampton, working with different coaches, you can see the improvements in his game. He’s a world class operator.

“We’ve been preparing for him all week and obviously they’ve got some really good number 10s, that will be backing him up, that we need to be ready for if they come on.” 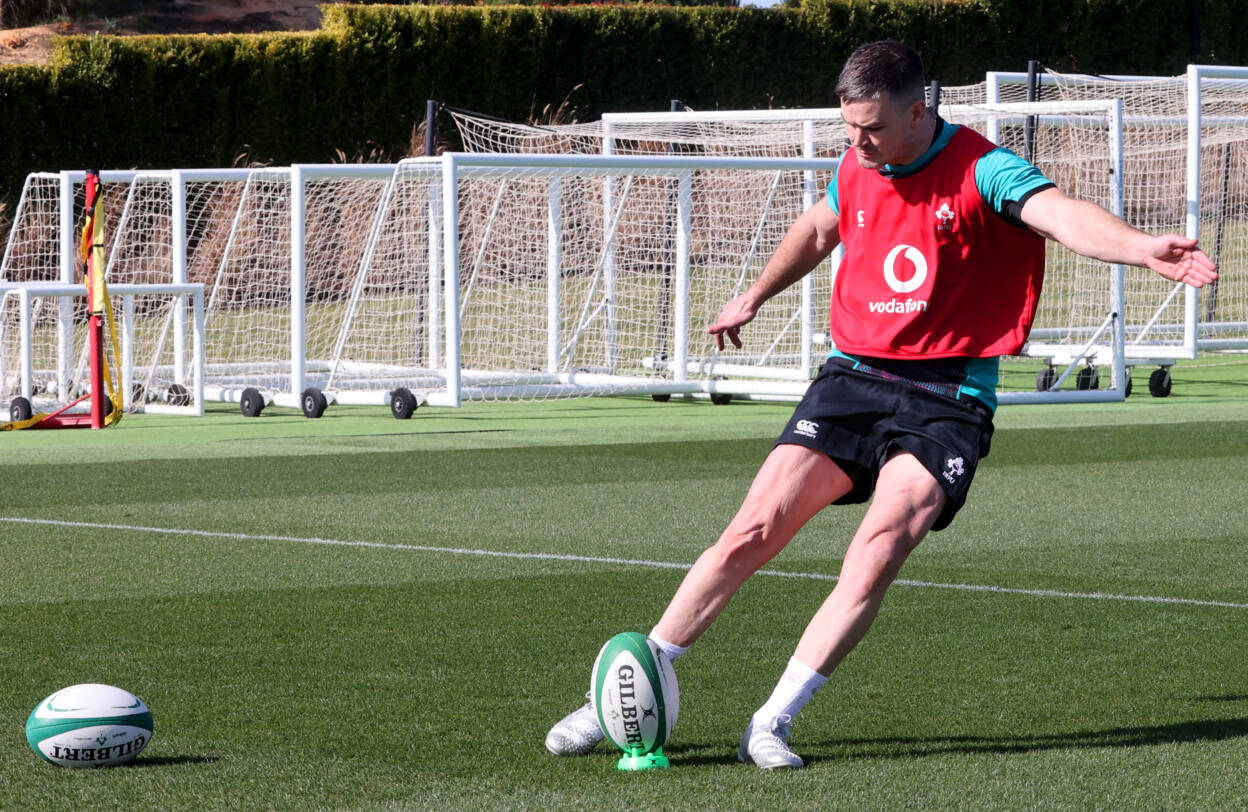 The Ireland squad have spent the past number of days at The Campus facility in Quinta do Lago in Portugal, being put through in their paces in preparation for the challenge that Wales will bring in the Championship opener.

Unsurprisingly, given they have won their last eight matches on the bounce, Sexton acknowledged there is an overwhelmingly positive mood in the camp, adding:

It helps when you’ve come off the back of a good November. A very happy camp. We’ve spoken about trying to take it to a new level.

“It has been a fantastic environment to be a part of over the last two years. It has really changed, but we’ve figured out ways to push it on and make it better in terms of our performances as well.

“We’ve been working hard, don’t get me wrong. It hasn’t all been slapping each other on the back. It has been tough work over here.

“We’re into the proper preparation of a Test week now and we will be good to go when we leave here on Wednesday.”