Clogher Valley snatched victory from the jaws of defeat by scoring 10 points in the last eight minutes to beat Ballyclare in an exciting Energia All-Ireland Junior Cup final at Kingspan Stadium.

The old adage is you have to lose one to win one, and the success for the County Tyrone club was made all the sweeter after they lost the decider by a point eight years ago to Enniscorthy.

Captain Paul Armstrong landed a long range penalty as the clock ticked into the red to put Clogher in front for the first time in tonight’s Ulster derby, and that was enough to win the trophy.

Clogher wasted the first scoring opportunity of the game on six minutes. After winning a scrum penalty just outside the Ballyclare 22, they went for the corner but out-half David Maxwell kicked the ball dead.

They spurned another scoring chance six minutes later when Ballyclare were guilty of not rolling away from a tackle in their own 22. Clogher kicked to the corner but the throw at the resulting lineout was crooked.

With their first sortie into the Clogher 22, Ballyclare took the lead in the 19th minute. Full-back Mark Jackson slotted over a penalty after the pack had rumbled forward from a lineout before the ball was spun out to the backs.

Clogher replied immediately after the Antrim side were punished in the shadows of their own posts. Centre Armstrong landed the simple kick to make it three points apiece. 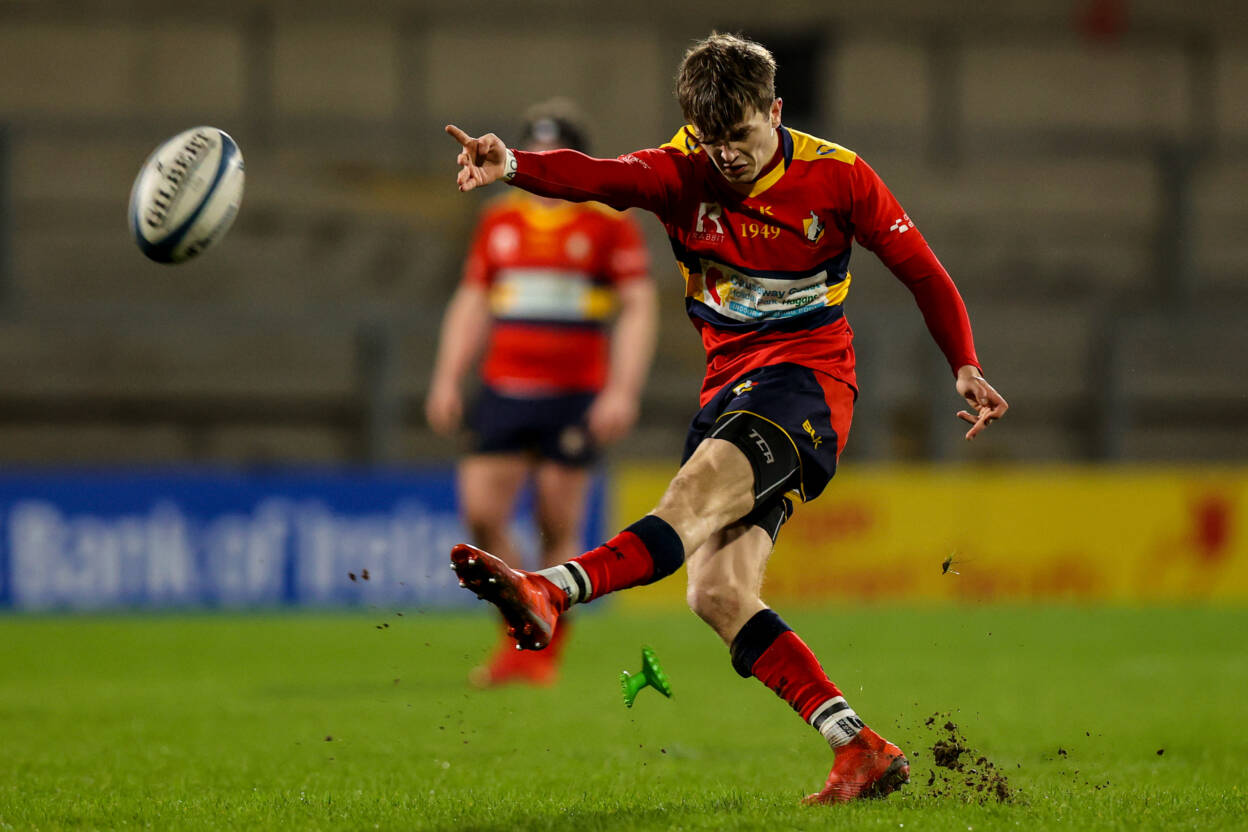 Jackson had the chance to restore Ballyclare’s lead but was off target with a long range penalty, before making amends with a 27th-minute effort from right in front of the posts.

Ballyclare got the game’s opening try six minutes later. Initially they were denied when winger Scott Martin dropped the ball over the line, via a cross-field kick from Matthew McDowell.

However, play was called back for a penalty and Mike Orchin-McKeever’s men turned down a kick at the posts, using the subsequent lineout to drive up close to the whitewash.

The ball was fed to out-half McDowell again and he launched a kick out to the left wing where Martin outjumped Clogher’s Ewan Haire to catch the ball and touch down. 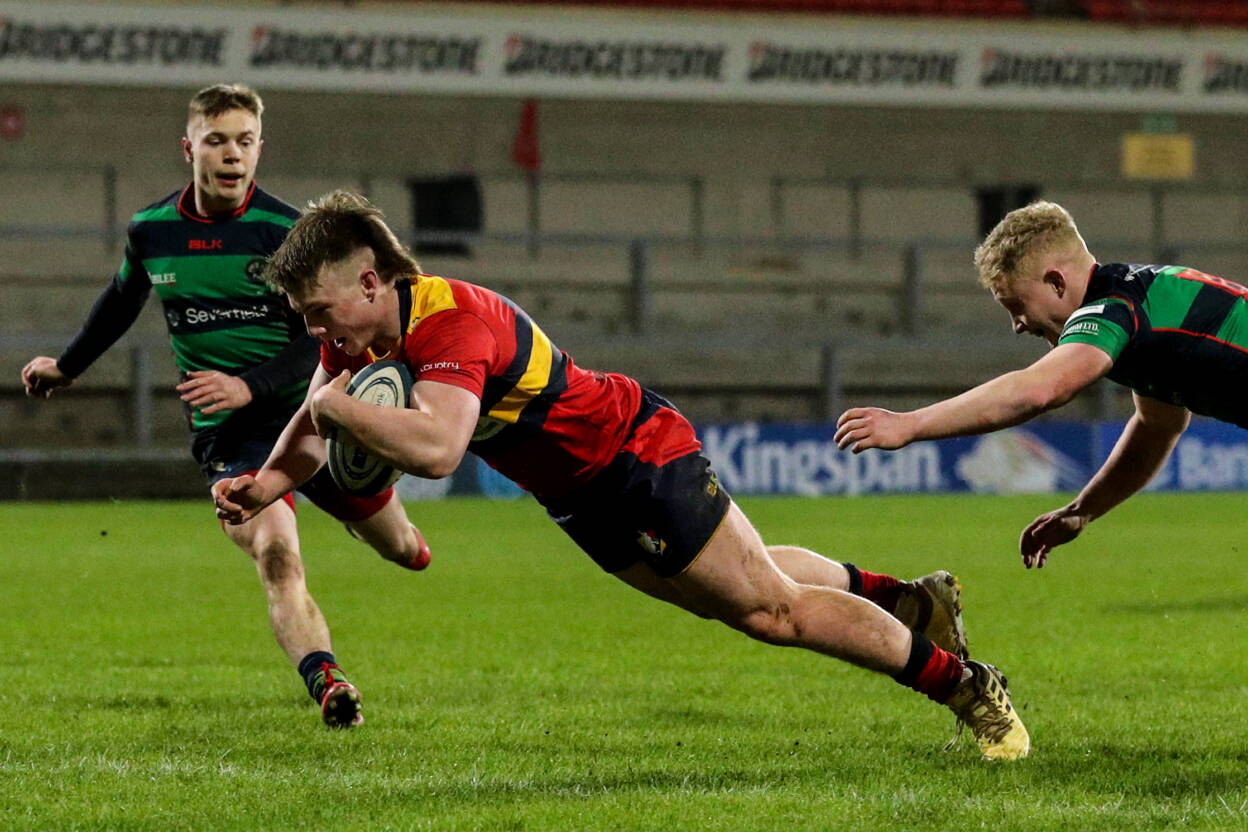 After McDowell’s missed conversion, Clogher finished the first half strongly but again could not turn pressure into points.

They forced a five-metre scrum, number 8 Callum Smyton broke from the base and surged for the line but was stopped short. In their eagerness to recycle the ball quickly, Clogher knocked on.

Leading 11-3 at half-time, Ballyclare were denied a second try in the 47th minute. From a 50:22 kick, the forwards won the lineout, driving powerfully for the line, but referee Padraic Reidy adjudged that the ball was not grounded.

As the Clogher pressure grew, Ballyclare had replacement prop Harry Mawhinney yellow carded for infringing at a ruck with 13 minutes remaining. 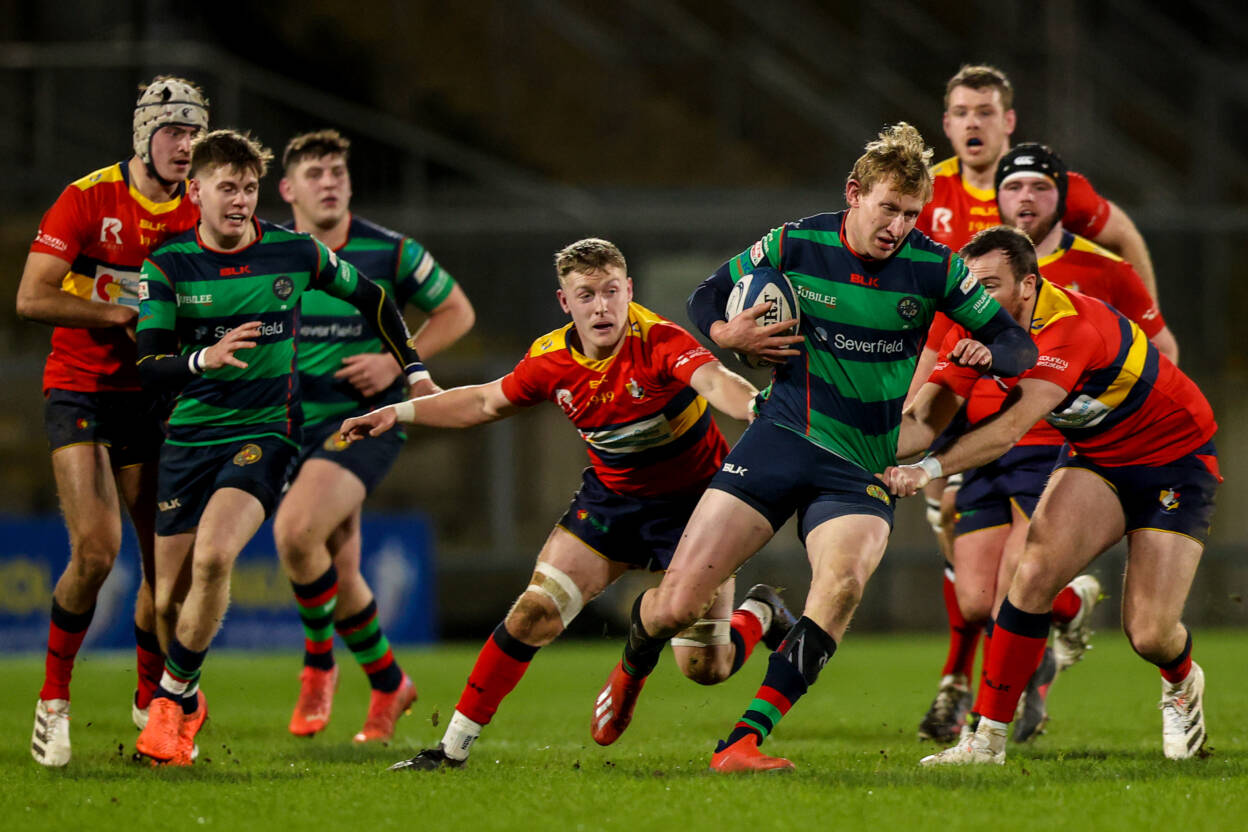 Stephen Bothwell’s charges kicked to the corner, the forwards set up a driving maul that looked like going over the whitewash but they knocked on at the crucial moment.

Clogher gave themselves a lifeline with four minutes left, having earned a series of penalties in the Ballyclare 22.

Flanker David Sinton was stopped on the line but prop Neil Henderson rumbled over from close range, with Armstrong converting to make it a one-point game.

Fittingly, it was Armstrong, Clogher’s talismanic captain, who then landed the decisive penalty to spark wild celebrations for his never-say-die team at Ulster Rugby HQ. 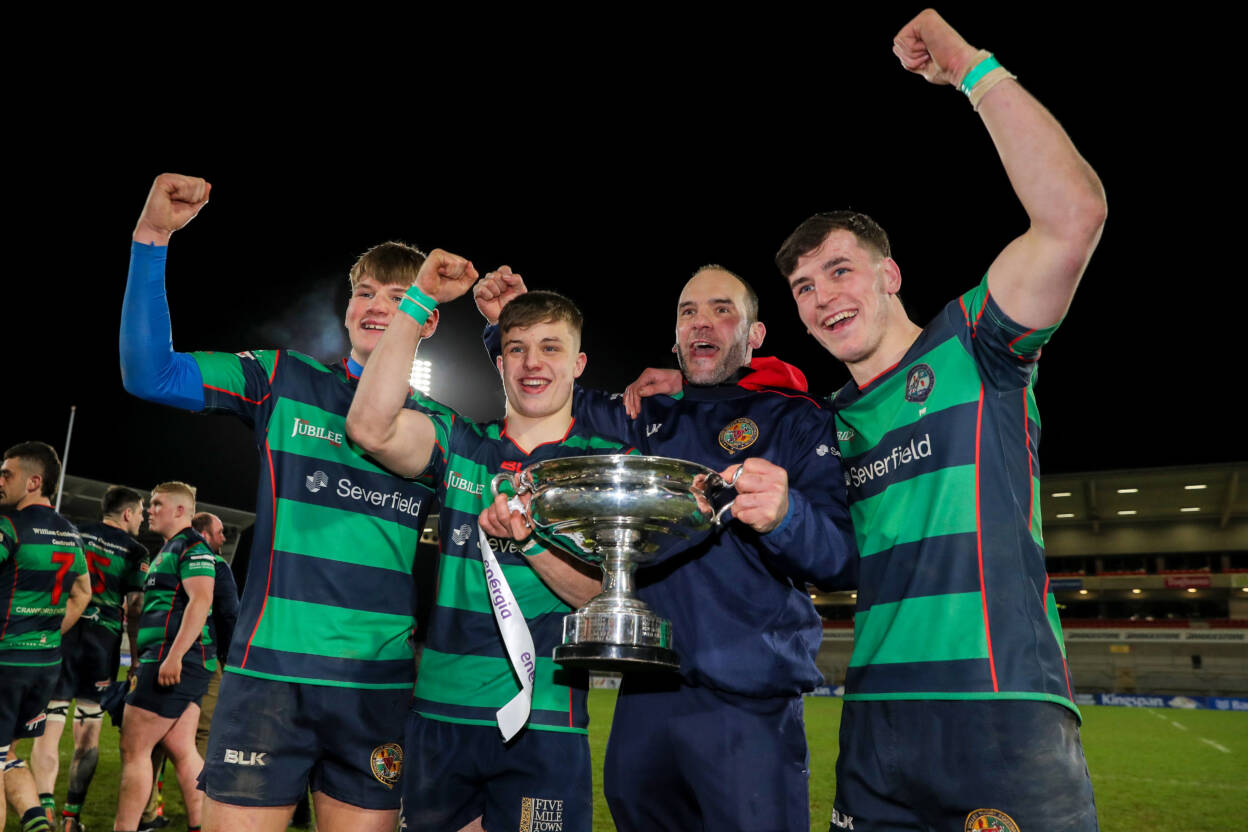