Lindsay Peat has announced her retirement from international rugby, bringing the curtain down on a stellar and inspirational career in green.

Peat made her Ireland debut in 2015 and went on to win 38 Test caps, her final appearance coming in the autumn Test win over the USA at the RDS last November.

A fearless and totemic figure, Peat was a driving force both on and off the pitch during her six-year international career, inspiring a new generation of players through her performances and passion for the sport and green jersey.

Although she has now called time on her international rugby career, Peat is not hanging up her boots completely and will continue to play in the Energia Women’s All-Ireland League with Railway Union.

Commenting on her retirement, the Dubliner said: “To write a statement or to not has been a question on my mind but today it feels right to simply say thank you.

“I always dreamed of becoming a professional athlete, a sportsperson, and I have on the greatest level possible fulfilled that dream. I still feel the need to pinch myself to believe it.

“The last six years have given me the chance to sing my beloved ‘Amhrán na bhFiann’, to sing ‘Ireland’s Call’, to to meet the President of Ireland, to play in a home World Cup.

“In 38 appearances I have scored tries for my country and given away a few too! I have laughed. I have cried. I really did go out and ‘break a leg’!

I have played in front of thousands of fans against some of the best players in the world. I have signed autographs and been on the telly.

“I have had tough conversations and I have had pleasant ones where I have met the most amazing people who have been interested to know more about me.

These past few years I have lived my dream and played for my country: I played for Ireland. Though I am simply a single thread within a shining green jersey, I hope that I leave a bit of a legacy in the fabric and that my beloved number 1 jersey is better for me having worn it. 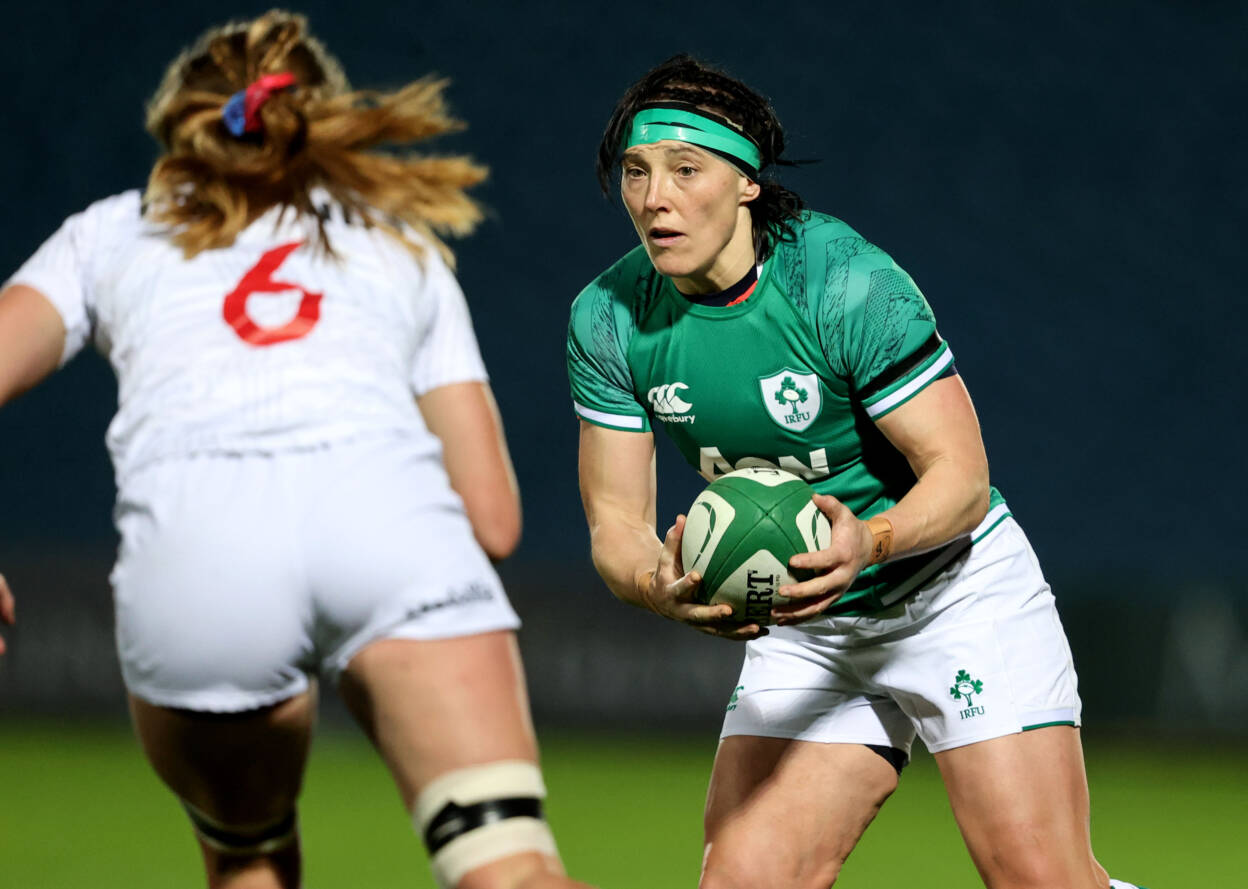 “I want to take this opportunity to give a special thank you to everyone who has played an integral part in my journey over the last six years.

“To the IRFU and all the staff at No. 10/12, to the HPC, coaching & management teams, medical staff, S&C coaches, nutritionists, game officials, sponsors and Rugby Players Ireland. To my opponents, my team-mates, my club Railway Union – thank you.

“To the supporters, especially family and friends, who have supported me and us as a team. You have all been immense in helping us to build a world for female sports, in helping it thrive and continuing to push it to where it needs to be You see the potential – thank you.

“A special mention to the aspiring young girls who come and support us: you are our motivation and inspiration to be better and to keep going, even when times are tough – thank you.

To all the team-mates that I have had the privilege of playing with and against over the years, where could I even begin to mention you all and the impact you have all had in some way to help me develop as a player and most importantly as a person.

“It has been an incredible journey filled with the most special memories and I walk away with some lifelong friendships for which I can’t thank you all enough for.

“Finally, to the foundations and the people who have loved me, supported me, believed in me, gave me so many tools of pride, passion, hard work, humility and never-say-die attitude – my family & extended family.

“I owe you the biggest thank you of all because I couldn’t have gone on this journey without you. Your support has been relentless and tireless and I am eternally grateful. Each of you have motivated me to be the very best version of myself on and off the pitch – thank you!

“I am filled with many emotions as I confirm my retirement from international rugby. I am both hugely proud and sad and in equal measure, but ultimately I have an overriding sense of excitement for what the future holds.”