It may be the first day back at work for many after the festive period but there’s plenty to look forward to in the rugby calendar in 2022. The Ireland Men, Women and U-20s will be gearing up for their Six Nations campaigns in the coming weeks and months so here’s a reminder of the fixtures.

First out of the blocks will be Richie Murphy’s Ireland U-20 side. They open their account with a mouth watering Friday Night clash against Wales in Musgrave Park on February 4th.

The squad enjoyed a good run out against a Munster Development side over Christmas as they ramp up preparations for the Six Nations. 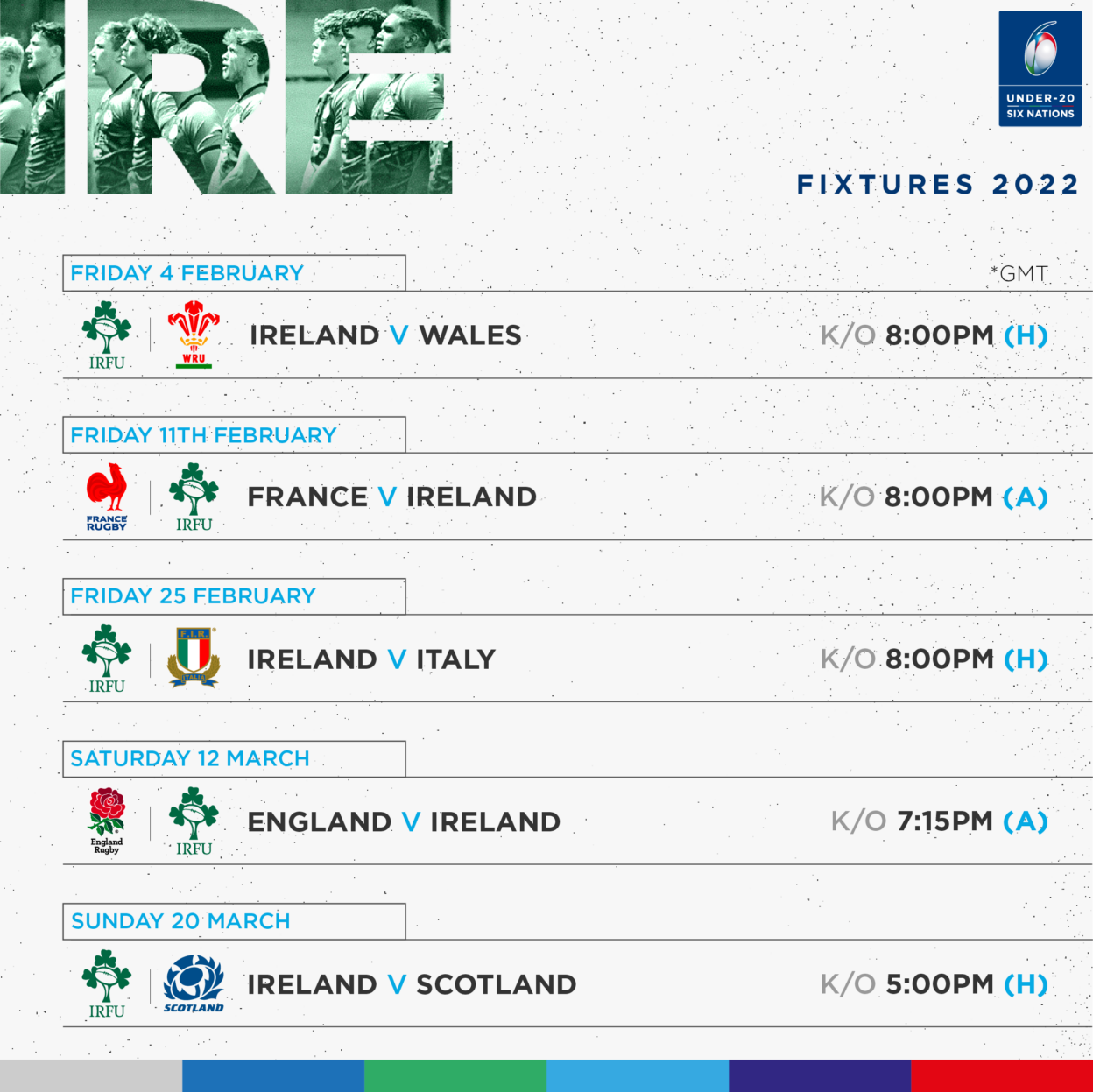 Andy Farrell’s squad will come together at the end of January as they prepare for the opening match of the Guinness Six Nations. Ireland kick off their campaign against Wales in Aviva Stadium on Saturday, February 5th.

Ireland will be aiming to build on the performances that saw them win all three Autumn Nations Series games. Ticket information will be announced in due course and in accordance with Government health guidelines. 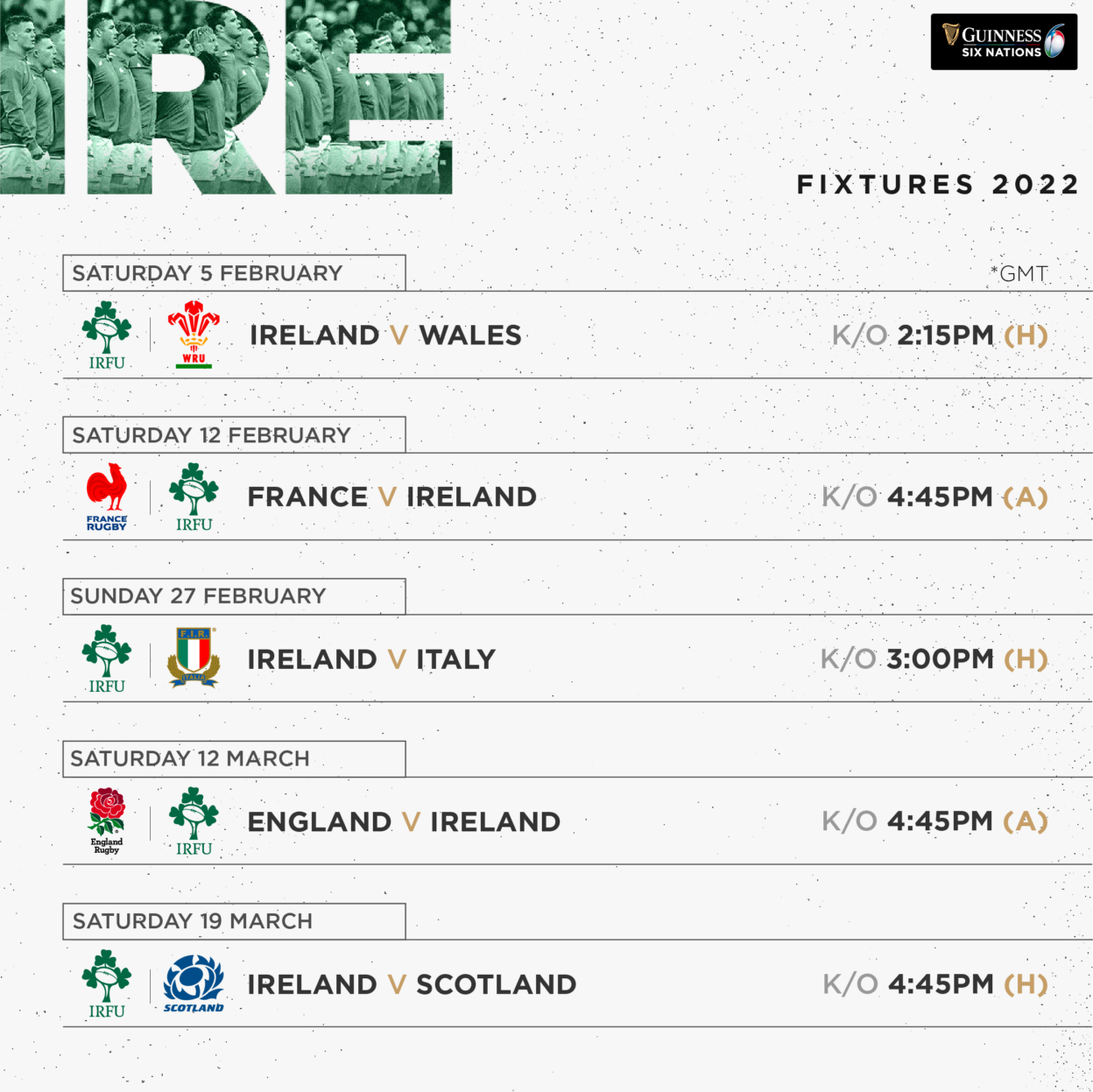 Newly appointed Ireland Women’s head coach Greg McWilliams will have to wait until the end of March to see his side in action but the new window for the Women’s Six Nations and the prospect of a full championship is an exciting one.

This year Ireland will play their home games in the RDS (Wales), Musgrave Park (Italy) and Kingspan Stadium (Scotland). Ticket information will be announce in due course. 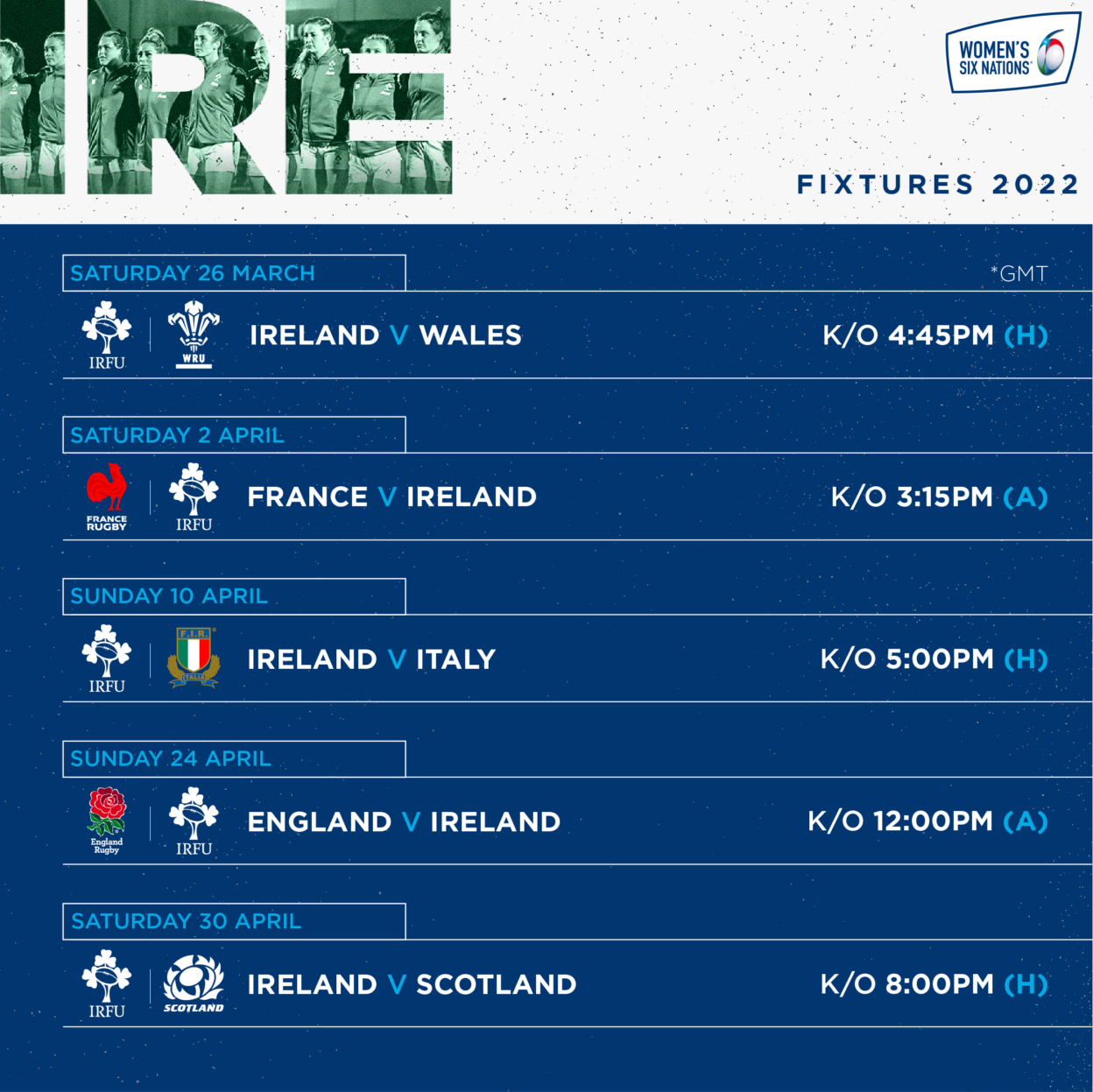