The Ireland U20s are applauded off the pitch by the Munster Development team. ©INPHO/Tom Maher

Richie Murphy‘s side continued their U20 Six Nations preparations with a valuable work-out in Cork, scoring two second-half converted tries to record a comeback victory.

Trailing 13-7 at the break, Ireland U20s responded strongly in the second period despite the difficult conditions at Musgrave Park, with Fionn Gibbons and Lorcan McLoughlin both crossing for seven pointers.

Having assembled in Cork earlier in the week for their second training camp, Ireland U20s drew first blood on the scoreboard as captain Reuben Crothers powered over, with out-half Charlie Tector adding the extras.

The home side found an immediate response as Adam Maher crossed and then Dylan Murphy added Munster’s second just before the break, with out-half Tony Butler also adding a penalty from the tee.

Conditions began to deteriorate further in the second half but it was Ireland U20s who finished powerfully, as Gibbons dotted down for a 14-13 lead and McLoughlin’s late try sealed the win. 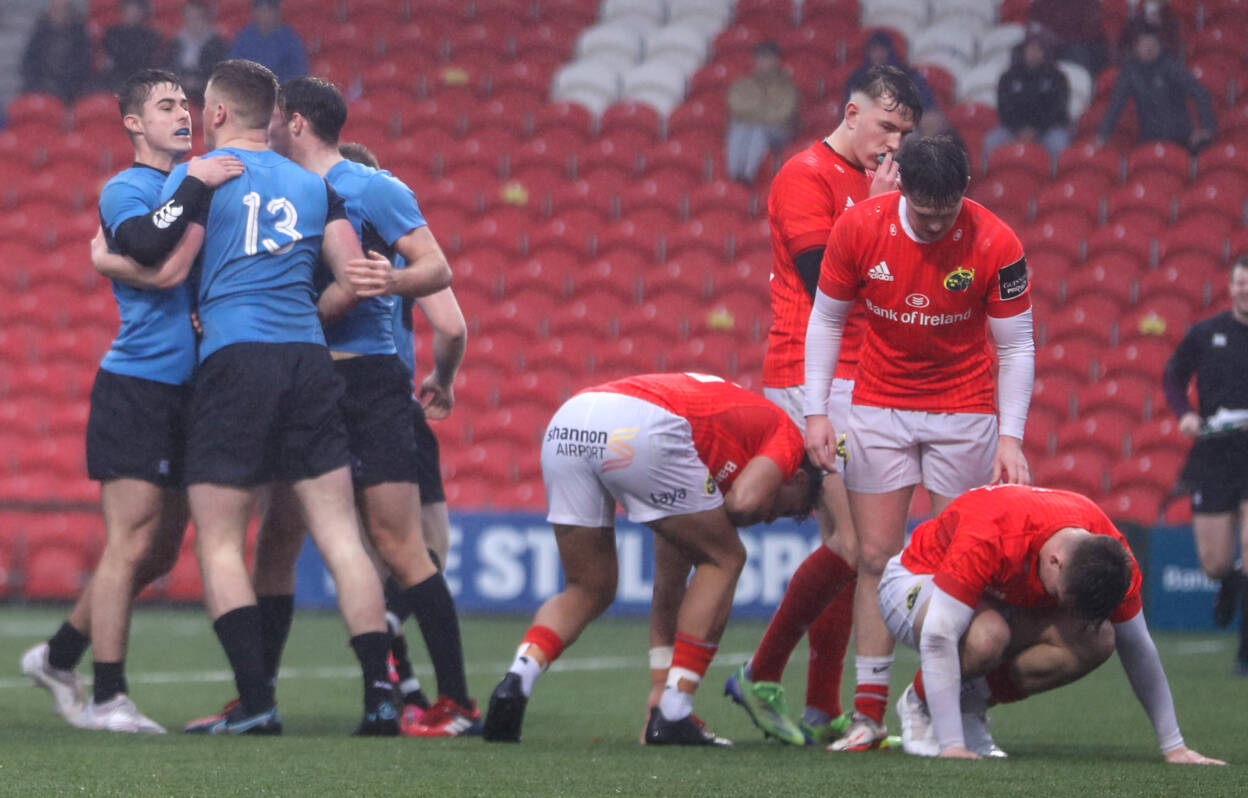 Murphy’s side open their Six Nations campaign against Wales on Friday, 4 February at Musgrave Park – tickets are available to purchase now here.