Ireland's Steven Kilgallen in World Series action in Vancouver back in September.

Two 12-player squads arrived in Dubai on Tuesday ahead of three days of tournament action at The Sevens Stadium, joining the Ireland Men’s and Women’s Sevens teams, who are finalising their preparations for the second leg of the HSBC World Rugby Sevens Series season this weekend.

Three players who were involved in Ireland’s recent Autumn Test win over Japan at the RDS have been selected for Ireland Women, with this tournament providing young players in the wider Sevens squad with an invaluable exposure to high-level competition. 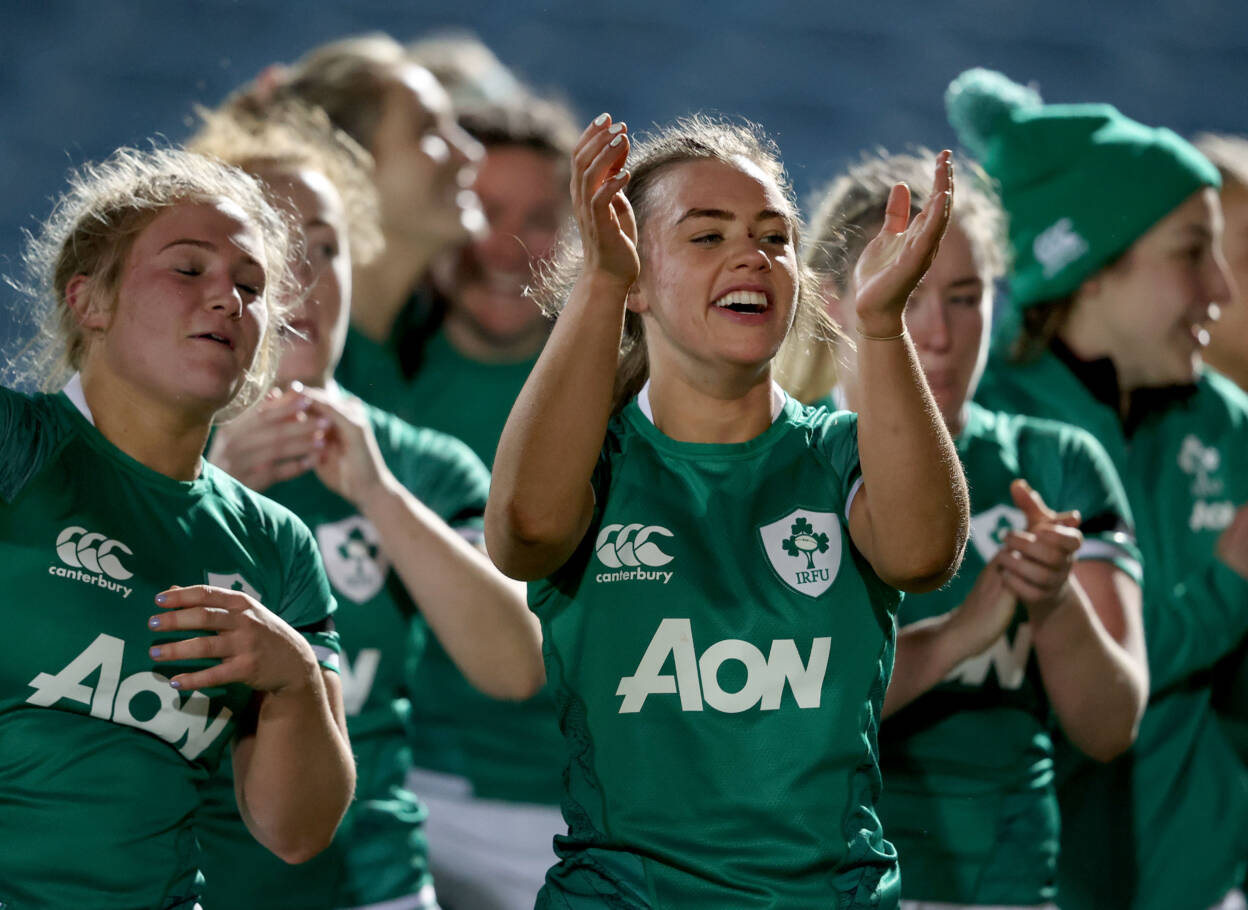 Enya Breen, Maeve Og O’Leary and Ella Roberts are part of Katie Fitzhenry‘s squad for the tournament, with the likes of Vicky Elms Kinlan, Aoife Wafer and Katie Whelan all hoping to impress having been standout performers for Leinster in the U18 Inter-Provincial Championships.

“This is traditionally a very tough tournament. It is a great opportunity to expose players to this level of competition, playing against several national teams or invitational teams made up with some of the best Sevens players in the world,” Eddy said.

“Katie and Kevin have done a great job in preparing the teams and I am sure they will be very competitive. This tournament provides a great opportunity for players to show their talents and put their case forward for selection in World Series events early next year.”