Ireland back rower Caelan Doris has been named 2021 Autumn Nations Player of the Series by fans after winning the public vote for the award following a sensational November campaign.

Doris was one of six players up for the honour, along with France’s Antoine Dupont and Romain Ntamack, England’s Freddie Steward and Marcus Smith, and Springbok Eben Etzebeth.

But his superb form across the Autumn Nations Series saw him take the top prize ahead of South African lock Etzebeth, with England full-back Steward completing the podium in third.

Doris started the campaign at blindside flanker in the comprehensive 60-5 win over Japan, making 11 carries for 39 metres and also contributing nine tackles – more than any of his team-mates.

His pièce de resistance was the performance in the historic 29-20 victory over the All Blacks as he popped up everywhere to complete 12 tackles, carry for 84 metres and beat two defenders. 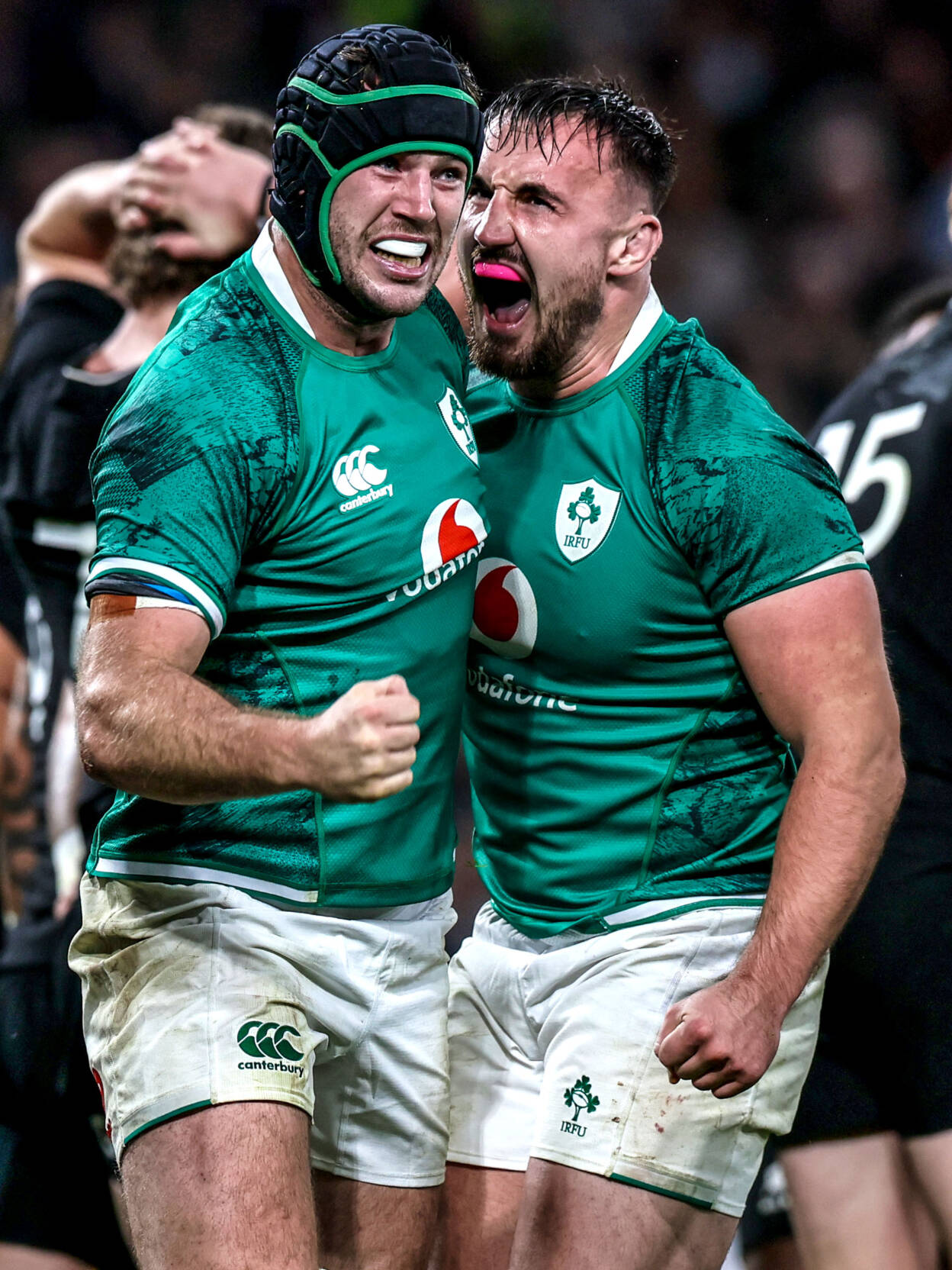 He also scored Ireland’s all-important third try after the break, stepping inside and racing through a gap in the wall of black shirts to run the ball in from just outside the New Zealand 22.

In fact, so good was his display at the Aviva Stadium that evening, it earned him the Vodafone player-of-the-match award in what was only Ireland’s third ever triumph over New Zealand.

Even switching to number 8 in the absence of the injured Jack Conan for Ireland’s final Autumn Nations Series game did not slow him down, rising to the occasion again against Argentina.

Doris scored his second try in as many matches as Ireland prevailed 53-7, covering another 58 metres with ball in hand and finishing the game with 11 carries.

All in all, the Mayo native made 36 carries across the Autumn Nations Series – more than any other player – while he also hit a joint-high 99 rucks as his relentless engine drove Ireland forward.