UCD are the Student Sport Ireland IRFU Women’s Division 1 League champions for 2021 after a 20-5 win over UL at the Belfield Bowl.

The Limerick students were winners of the last final to be played in 2019 but this was UCD’s night.

Neither side gave an inch in a first half without a score, but the home side broke the deadlock with a Christine Coffey penalty early in the second half before tries from Katie Hogan, Rachel Murphy and Alannah Boyle gave them control over the scoreboard.

UL shut down an early attack on their try-line and big carries from Meadbh Scally were regularly putting them over the gain line.

Abbie Salter-Townshend was driving the tempo and they would have been the happier team at half-time. Their try came from Niamh Ryan in the final play.

Half-time proved to be a wake-up call for UCD as they ramped up the intensity, particularly at ruck time, and started putting phases together.

“This is really special,” said UCD captain Coffey, herself a senior Women’s Interprovincial representative with Munster who plays her club rugby in the Energia All-Ireland League with Railway Union.

“That’s what we love about it and then getting a bit of silverware is always nice on top of that.”

It was a well-contested final with a sprinkling of Energia All-Ireland League and Interprovincial players on both sides, as well as young women who are finding their way in rugby for the first time at third level.

“We’ve girls who are new to the game and we’ve also girls who have played before. It’s just a great environment to make friends.

“You could be in a course with hundreds of people. Also if you’re not living on campus, you might not have that immediate friend group of people you’re living with. So it’s a really great way to come down, see the same people two nights a week and have great fun.” 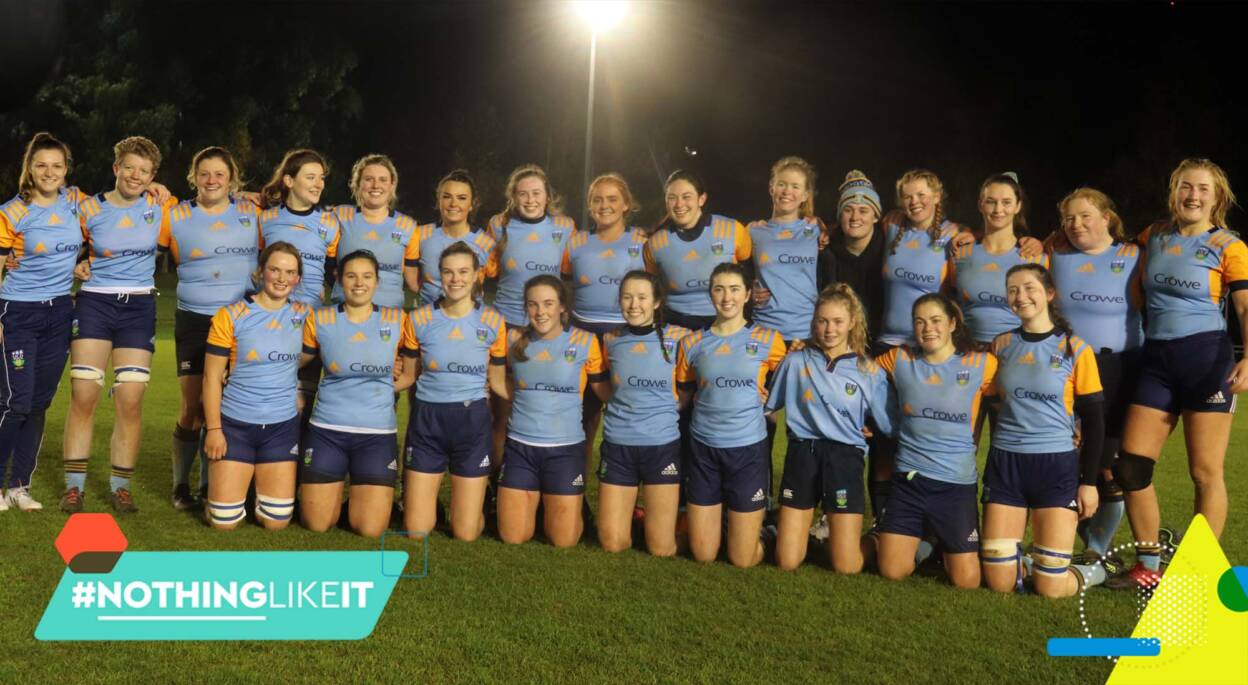