Dylan Donnellan showed he is the lineout maul maestro with a hat-trick of tries as Clontarf ended Young Munster’s unbeaten start to the Energia All-Ireland League season.

Munsters’ five-match winning run was halted by Clontarf who triumphed 33-17 in Greenfields to move to the top of Division 1A. In-form hooker Donnellan now has eight tries to his name.

Out-half Conor Kearns was also in fine form from the tee as well, nailing all three conversions from Donnellan’s power-packed scores.

Jack Harrington got Young Munster on the board late in the first half, but a penalty try and an excellent score from replacement Adrian D’Arcy sealed a deserved 16-point victory for Clontarf.

Aided by a slight breeze, Andy Wood’s men took control on 10 minutes with Donnellan dotting down for his first after a devastating lineout maul. Kearns slotted over a superb touchline conversion.

The trick was repeated 10 minutes later after Young Munster were blown up for going off their feet at a ruck.

Kearns kicked to the corner, Cormac Daly collected Donnellan’s lineout throw before the latter finished for the try off the back of another powerful shunt from the pack. Kearns popped over the extras to see his side 14-0 to the good.

Young Munster did not heed the earlier warnings as before the half hour mark, ‘Tarf were in for their third try from a lineout drive.

Good hands from Kearns and Matt D’Arcy sent Seni Reilly Ashiru away down the left wing, and then a strong Ben Griffin carry brought the visitors to within five metres of the line.

Eoin O’Connor, the Munster Academy lock, was slow to move away from a ruck and Kearns again went for touch from the resulting penalty. The outcome was inevitable with Donnellan crossing for his hat-trick try and Kearns tagging on the conversion. 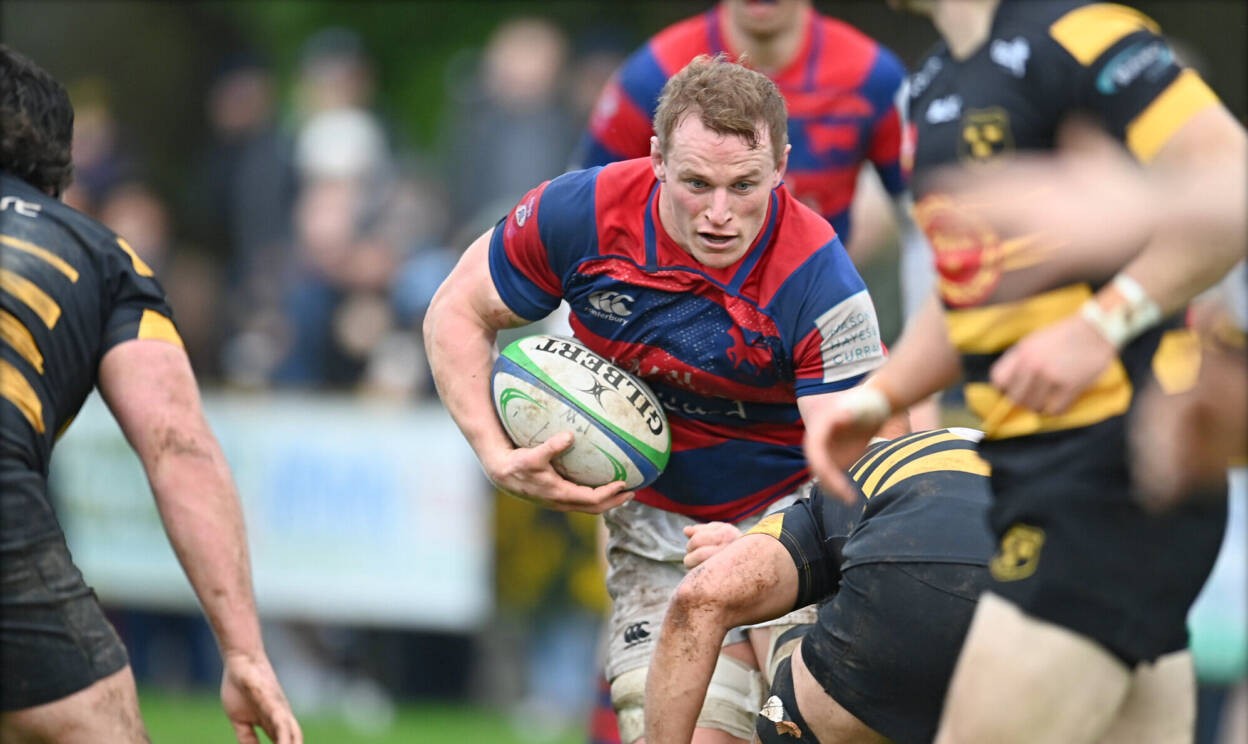 The Limerick side needed a lift before half-time and it came courtesy of Harrington’s try in the left corner. A succession of scrum penalties had Clontarf on the back foot and a Dan Walsh break from one such scrum put the hosts in a good position.

A quick switch from Munsters out-half Evan Cusack created a gap and his pass saw Harrington over the line. That left the scoreboard showing 21-5 in Clontarf’s favour at the turnaround.

Clontarf stuck to their task early in the second period, with Daly and Griffin carrying hard into the Cookies’ defence. A bonus point try nearly came through the latter but he just knocked on close to the line.

A slick Matt D’Arcy pass put Tony Ryan on the front foot for Clontarf soon after that opportunity, and Jack Power then continued the attack with a strong carry into the Young Munster 22.

Munsters prop David Begley was then pinged by referee Andrew Cole for not rolling away and was shown the game’s first yellow card.

Gearoid Prendergast’s charges did manage to force a turnover when ‘Tarf opted to kick to the corner, but several infringements at the scrum led to referee Cole awarding a penalty try that sealed a bonus point for ‘Tarf.

Max Kearney was next into the sin bin for not rolling away and Young Munster were soon given hope with Cusack again creating. His pass was met by an excellent line from Walsh for a converted try, closing the gap to 28-12.

Young Munster were really starting to put on the pressure at this stage but Clontarf hit them with the killer blow on 67 minutes.

An Angus Lloyd pass that looked to have gone forward was not spotted by the referee, Michael Brown breached the Young Munster defence and his excellent offload saw Adrian D’Arcy stroll in for their fifth try.

Conor Hayes did give hope of a late bonus point for Munsters, reaching over for his seventh try of the campaign, but it was Clontarf’s day as they bounced back from their home defeat to Lansdowne. 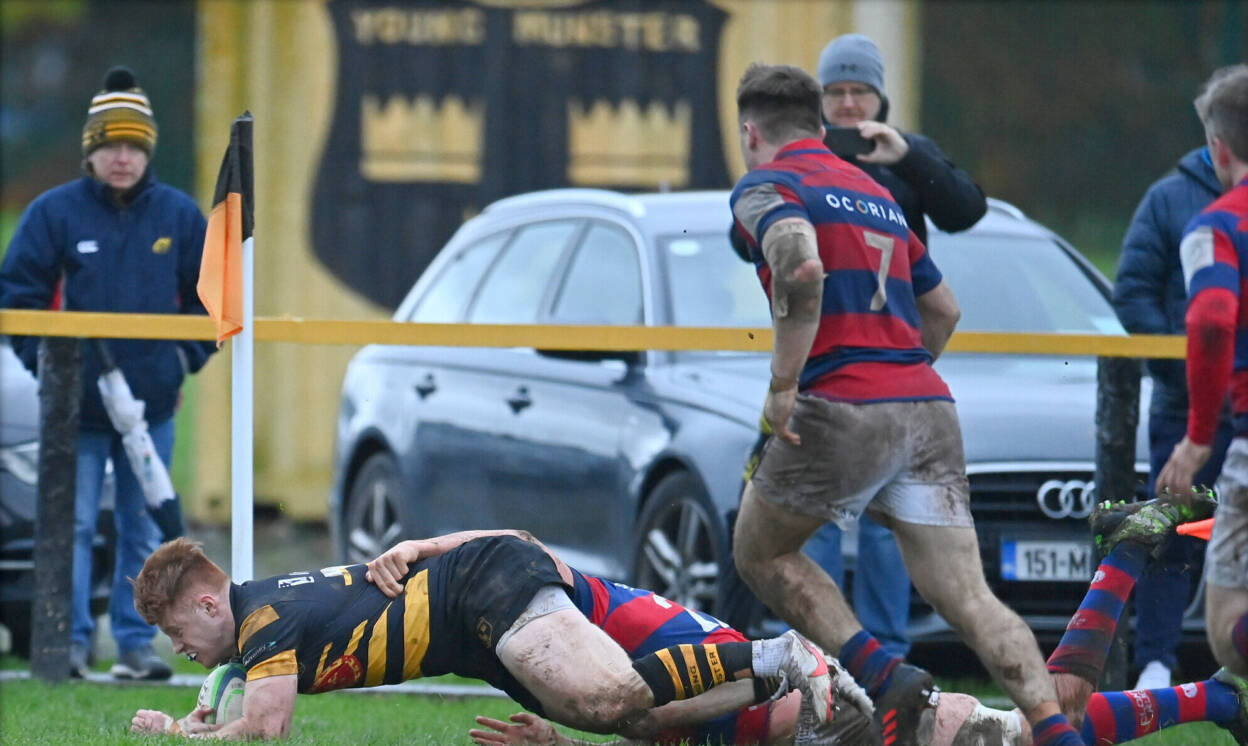