Now just three points off the top four, Cork Con strung together four first half tries and six in all, with half of them shared between classy centres Greg Higgins (2) and Niall Kenneally.

Higgins and Kenneally carried well early on, bringing the hosts up towards the UCD 22, but a well-timed tackle by Tom Coghlan on the otherwise-excellent John Forde allowed Ronan Foley to get in for a turnover penalty.

Forde soon got in at the breakdown to break up UCD’s attacking momentum, and the students ruined some promising work in midfield by James Moriarty and David Ryan by diving in off their feet.

Cork Con scored just before the quarter hour mark, a flat pass back inside by Kenneally sending JJ O’Neill through a defensive hole on halfway. He linked with flanker Forde who was brought down five metres short.

Gerry Hurley quickly got the ball away from the base of the ruck, connecting with Rob Jermyn who sent Higgins sliding over in the left corner. 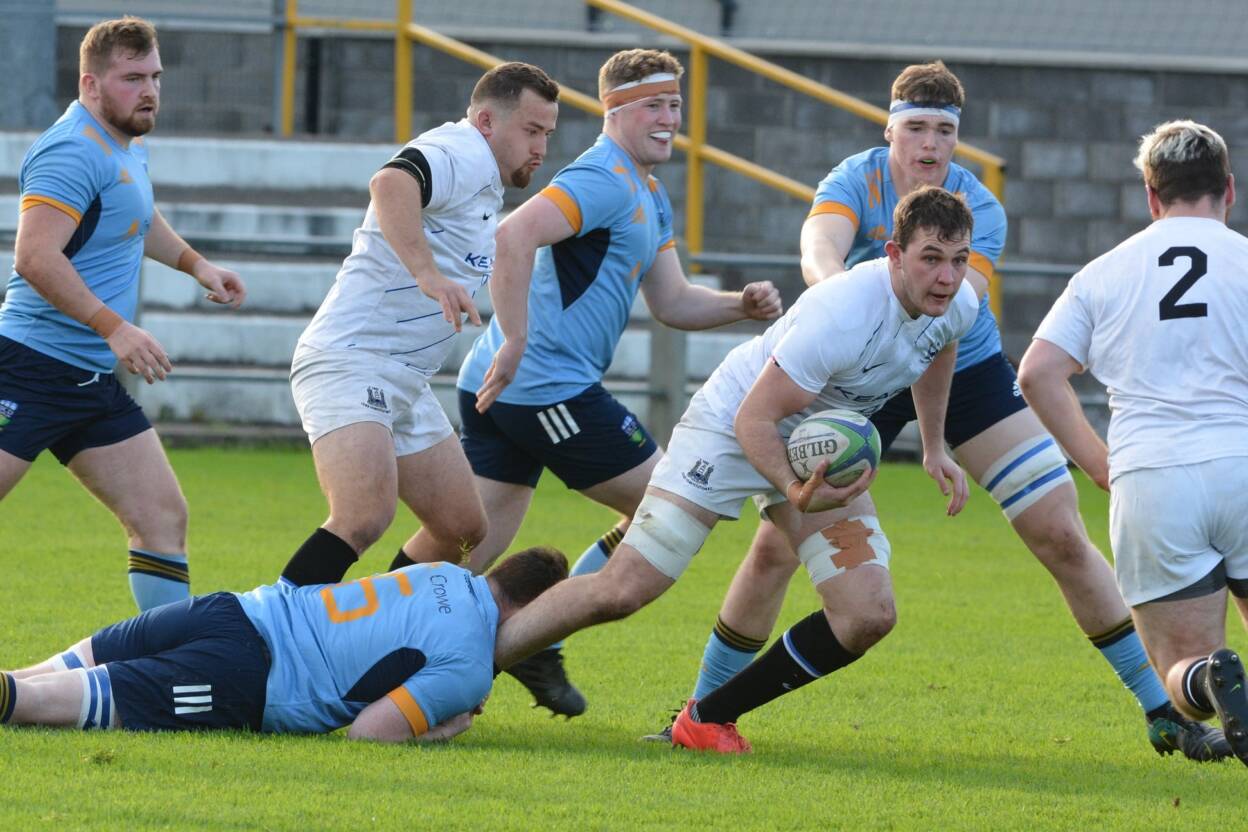 Captain Aidan Moynihan flashed the conversion wide to the right, before UCD leaked penalties at scrum and ruck time, inviting the hosts forward in their search for a quick-fire second try.

It arrived just before the first water break, the maul providing the platform and some forward carries, Moynihan dinked a brilliantly-weighted kick over for winger O’Neill to touch down in the right corner.

Trailing 10-0, UCD lifted the tempo and Coghlan and Sean O’Brien showed some nice passing kills. Ryan barged past Kenneally and managed to draw a penalty, which Chris Cosgrave landed with a crisp strike.

Nonetheless, the students paid the price for another penalty, as Con hooker Max Abbott went close from the resulting maul before Higgins wriggled past a couple of defenders and showed good strength to complete his brace.

Moynihan converted and also added the extras to a terrific Kenneally effort, Con initially returning to the UCD 22 thanks lovely hands from number 8 David Hyland as he released Jermyn into space.

Evin Coyle was at the heart of some excellent maul defence from UCD, but that good work was undone a couple of minutes later when Kenneally ghosted through a midfield gap, getting away from Moriarty and Jack Ringrose to score from 40 metres out.

Leading 24-3 and with the bonus point in the bag, a few errors crept into Con’s game on the restart. UCD came more into it during the third quarter, Foley showing the way with a rampaging run out of his own 22.

Rob Gilsenan and O’Brien made important reads in defence, the pack forced a knock-on at a Con maul five metres out, and a forward pass out to Jermyn prevented the winger from scoring a potential try. 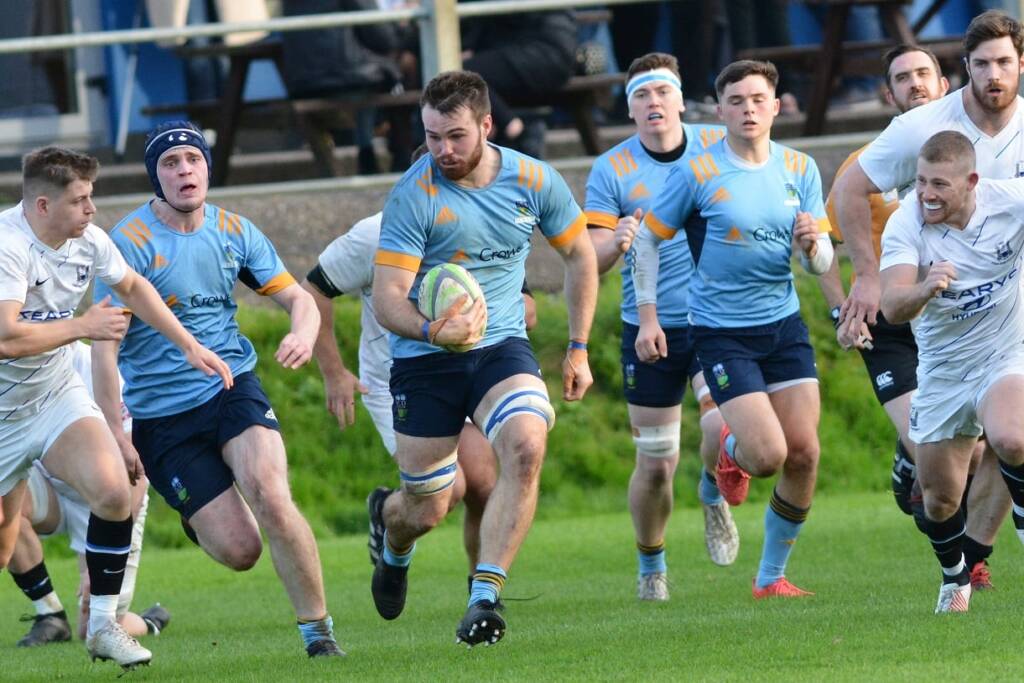 Crucially, UCD were starved of territory and struggled to put Con under pressure in their own half, until replacement Jack Gardiner ripped the ball free and the turnover had them in a good position.

The lineout was also an area UCD did well in, pressurising Con into some overthrows, but Brian Hickey’s men got back on track past the hour mark, stretching their lead further.

The visitors took the wrong option when running a penalty in their own 22, Con prop Brendan Quinlan getting in to rip back possession and carry up close to the line.

Profiting from the quick recycle, replacement John Poland and Hyland flung passes wide for Cathal O’Flaherty to run in try number five. Moynihan converted from the left, making it 31-3.

With replacement Dylan Murphy and Kenneally making the hard yards late on, scrum half Poland sniped through from a tap penalty to complete Con’s six-try haul. Moynihan took his own tally to eight points.

Kevin Croke’s students salvaged some pride with a last-minute seven-pointer from out-half James Tarrant, who gobbled up his own grubber kick to score under the posts.