Ireland head coach Andy Farrell has challenged his side to become a model of consistency after their outstanding 29-20 victory over New Zealand in the Autumn Nations Series.

Tickets for Ireland’s final Autumn Nations Series match against Argentina next Sunday are on sale. Click here to secure your seats from Ticketmaster.

For the third time in their last five meetings, Ireland had the measure of the All Blacks having never previously beaten them up until November 2016.

Farrell was assistant coach to Joe Schmidt for that historic first win at Soldier Field in Chicago and again when Ireland defeated New Zealand at the Aviva Stadium two years later.

Between his various roles with Ireland, England and the British & Irish Lions, Farrell has been part of five separate triumphs over the southern Hemisphere giants.

What makes beating the All Blacks so difficult is the fact that their slip-ups tend to be few and far between. Being able to build momentum from here is crucial in Farrell’s eyes, starting with the visit of Argentina to Dublin next Sunday.

“The toughest thing in sport, certainly at the top level, is to be consistent. When you’re chasing something down, you’ve always got a goal in sight,” he said, speaking at the post-match press conference.

“That hard thing when you keep playing well is to keep getting better. That’s why we respect them so much. New Zealand have been at the top for so long and everyone sees it as an opportunity to play against the best team in the world and test themselves.

They, time and time again, keep coming up with the goods. The test for us has been, what we’ve been talking about the last couple of years, consistency of performance.

“We’ve had a few good ones and we need to back that performance up now with a good one next week against Argentina.”

This was Ireland’s seventh win on the bounce and having started the new international season with a 60-5 success against Japan a week earlier, Farrell’s charges rarely missed a beat on another memorable day at the Lansdowne Road venue. 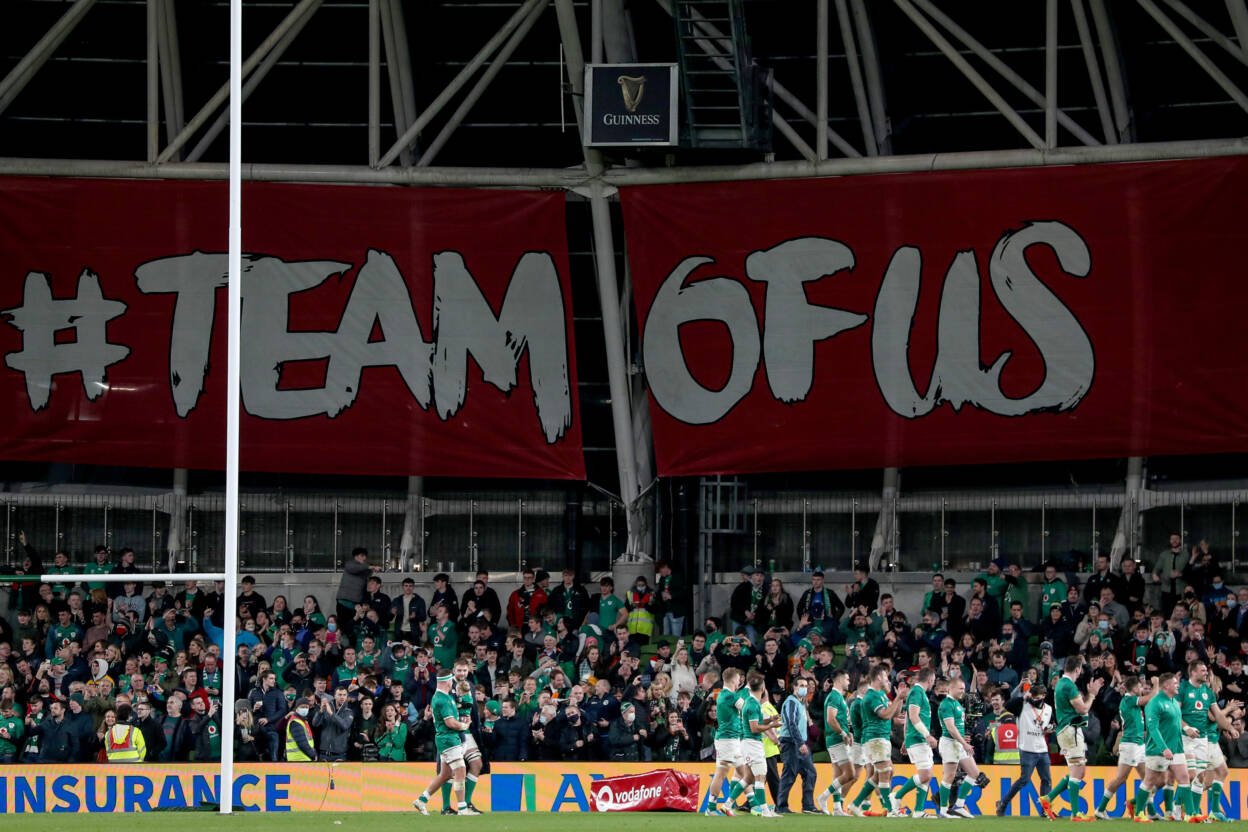 Taking on the number one-ranked team in the world was always going to be a big deal  – particularly for the younger members of the squad – but Farrell is satisfied they built on the promise shown in their series opener.

“Doing what we said we’d do and fully understanding how we were going to go about it. Trusting ourselves to play how we said we were going to play,” he explained, in response to a question about what his squad got right in the game.

“That’s it in a nutshell really. I thought we were composed enough to not get distracted along the way and to play the game that we wanted to play.”

In his own post-match media dealings, All Blacks head coach Ian Foster said Ireland’s performance was ‘probably the best I’ve come up against in my time’. He relayed this message to Farrell himself.

“He was kind enough to say those words to me as well, which I really appreciated,” admitted the Ireland boss, who now has a record of played 18, won 13 and lost 5.

“We all know, we said it in these chairs last week, you need to be at your best and you probably need a bit of luck as well along the way.

“I don’t think we needed the luck because we were at our best probably, but the pleasing thing is, it can be better.

“We created a good few chances that we either got pulled back for or didn’t quite grasp. Just keeping the constant pressure on them was pretty impressive.”

It was fitting that Ireland produced such a strong display, given it was their first game in front of a capacity crowd at the Aviva Stadium since early February 2020, when they hosted Wales in the Guinness Six Nations. 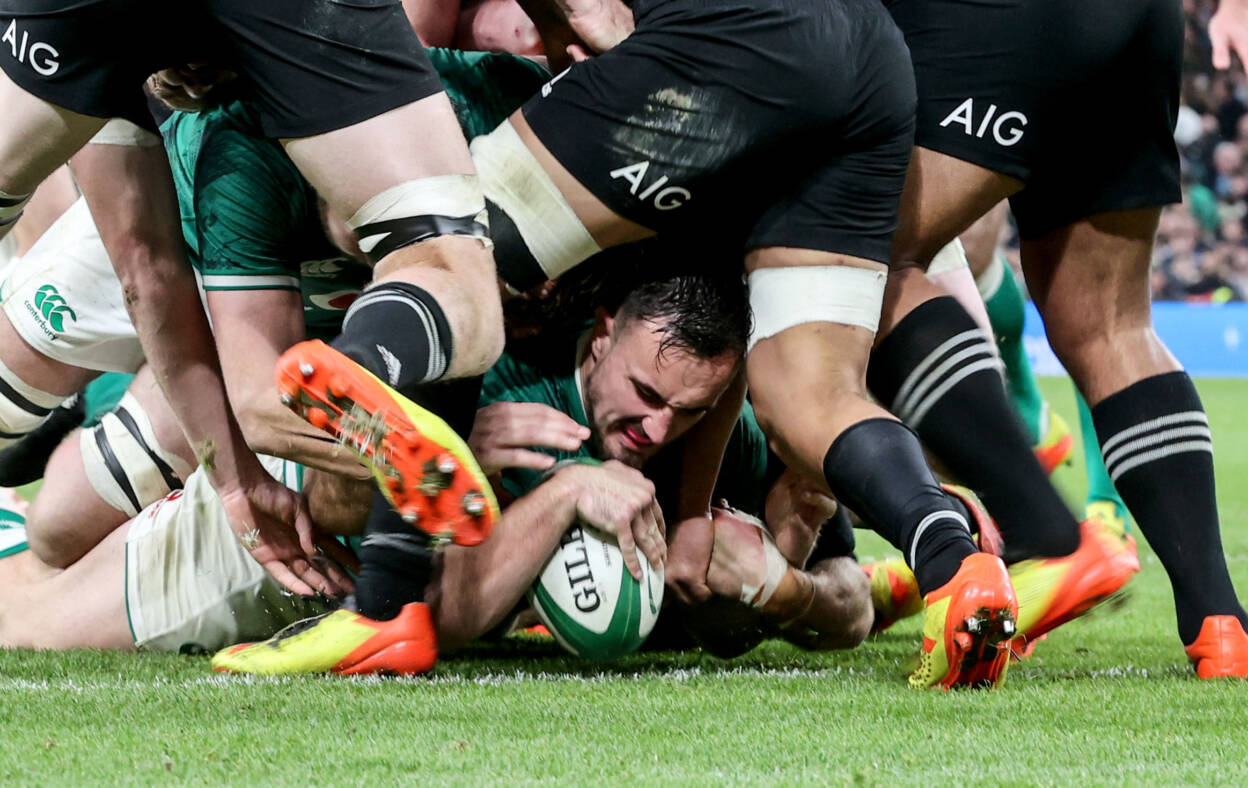 Farrell acknowledged his squad had spoken about the role the crowd might have to play in the game and was grateful for their support on a tension-filled day.

“It was unbelievably special. We talked about in the week, how do we get the crowd in the game? Just by sticking to the process. The crowd was constantly behind us, certainly in those last 10 minutes, dragging us through,” he added.

The boys created that vibe by their good play that was in front of them. Hats off to everyone concerned as far as everyone that’s connected to Irish Rugby.

“It’s a big day with a full crowd back. I think looking back, what probably subconsciously helped us, it was a big week last week. 100th cap (for Jonathan Sexton), 50th cap for Tadhg (Furlong), first for Dan Sheehan.

“We worked unbelievably hard in the first two weeks to get back up to speed and we took ownership of that very early. It made this week a lot easier because of that.”