In what was his penultimate game in charge of the team, Ireland Women’s head coach Adam Griggs was delighted to come out on the right side of the result against the USA.

In their first outing since falling short at the Europe Qualifiers for next year’s Rugby World Cup in New Zealand, the Ireland Women had 10 points (20-10) to spare over the sixth-ranked Eagles.

In addition to tries from Beibhinn Parsons, Leah Lyons and Lindsay Peat, Stacey Flood kicked five points to mark a successful RDS debut for Ireland in the first women’s rugby international to be held at the Ballsbridge venue.

As well as this being the first Ireland home match to take place in front of spectators since early February 2020, the result also saw the girls in green end their losing run in autumn internationals.

Speaking during the post-match press conference, Griggs said: “We’ve spoken about this block of games being an opportunity to obviously right some wrongs, but also as a chance for newer players to come in.

“Everyone within this group have had their own internal motivation for what they want to get out of this.

“From my point of view, I just really tried to drive that home and facilitate the environment to make sure they could come out here and play well in a Test match against the USA.

“I’m really proud of the squad effort tonight. It wasn’t pretty at times and there’s plenty for the group to work on, but I think a result is what we were really after and it’s great to come away with that.” 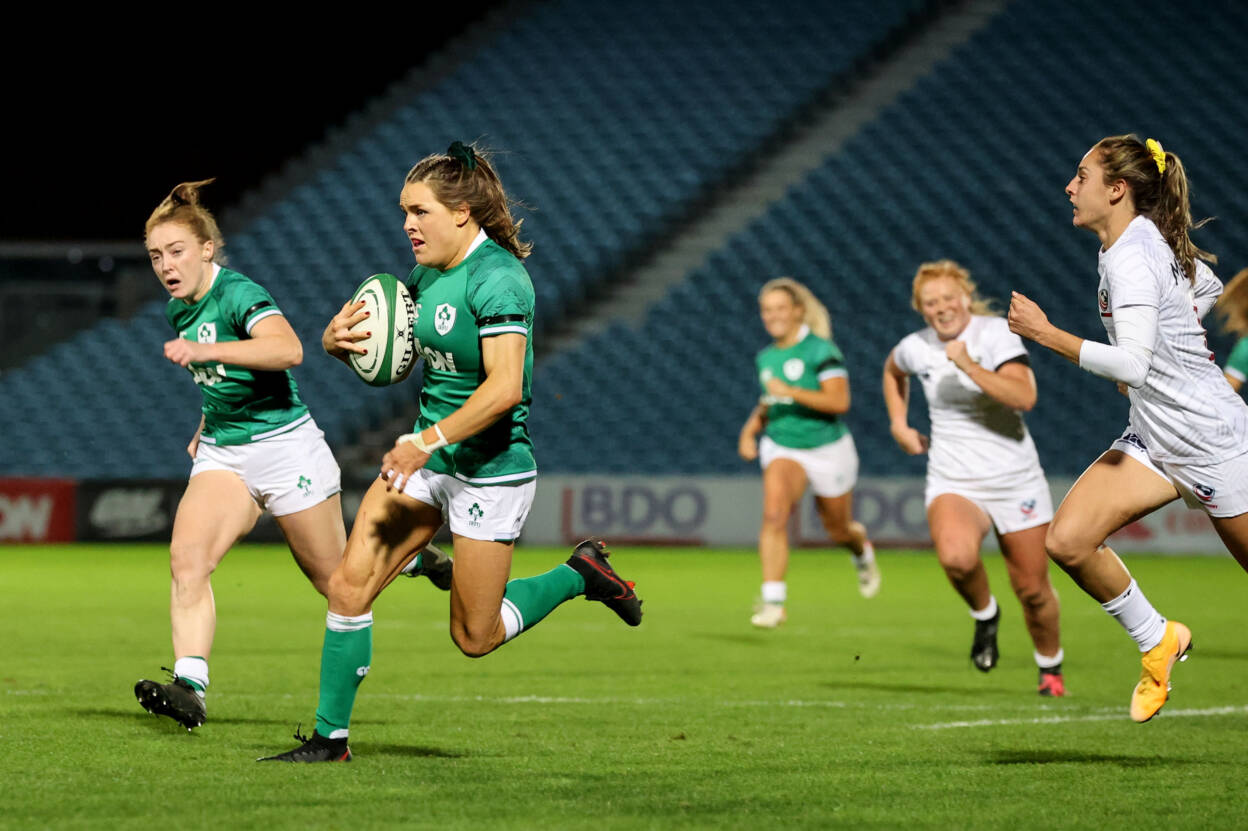 Having first been appointed to the role in November 2017, taking charge of his first fixture three months later, Griggs will draw his time as Ireland head coach to a close when Japan visit the RDS next Saturday (kick-off 3pm).

As disappointing as their unsuccessful World Cup bid was in Parma at the end of September, he hopes their short November campaign can put them on the right road to recovery.

“It has been a difficult period for everyone involved in this squad. No different to myself. I’ve obviously had to take time to reflect on what has been and the work I’ve put into the group.

“Like anything, you’ve got to take learnings from failure as well and I think that’s something I’ve certainly looked at.

I think for us as a group, we’ve hit it front on in terms of what we weren’t successful at, at the qualifiers, and then what we wanted to get out of this block.

“While I am stepping down, I still really felt there was a point to prove for myself with the group, but also for the group to play well.

“We’ve all been really motivated by that in this time. I’d like to believe through the group that I’ve been involved with, I hope they’ve taken plenty from me coaching them.

“Hopefully I’ve made them better players, even if it’s just a small moment for them.” 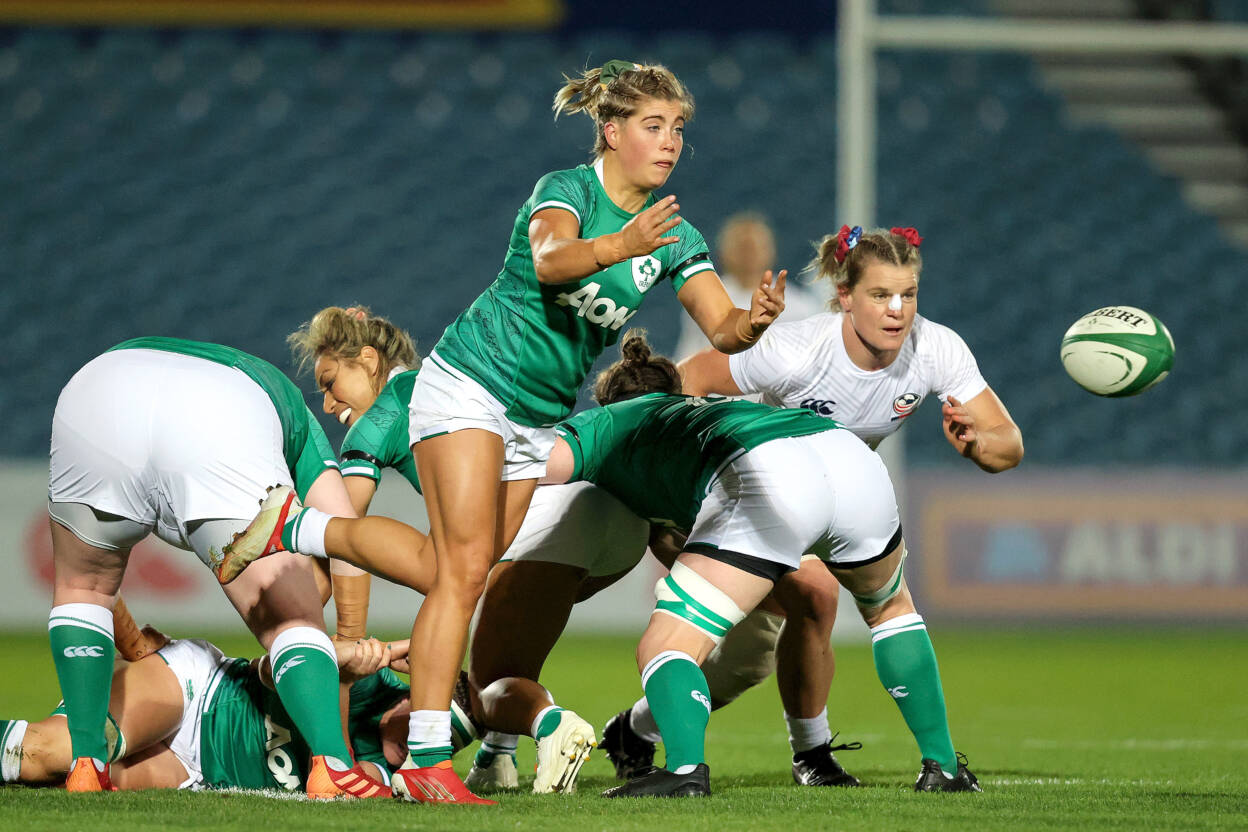 While Griggs acknowledged there is only so much he can do during this period given he will be making way for Greg McWilliams in the new year, the New Zealander sees these clashes with the USA and Japan as the ideal showcases for old and new within the squad.

“I think it’s a really good opportunity to give players their chance. We’ve got players who came back into the squad for this period that missed out on selection in the qualifiers,” he added.

“It was a tough group to get selected for. We could only take 28 players to the qualifiers. You can’t select everyone.

I just tried to facilitate the environment for players to get their chance again, to get an opportunity to play. I hope they go out and perform as well as they can.

“That’s what we really focused on. As I say, everyone has their own internal motivations and I just wanted to make sure they came out and showed what they’re capable of.”