Terenure College threatened to derail Clontarf’s early season progress, but Andy Wood’s men had the better of the second half to win 29-14 and take home maximum points from Lakelands Park.

Alan Bennie and lively full-back Colm de Buitléar had a try apiece for Terenure, the latter crashing in under the posts on the stroke of half-time for a 14-5 lead.

However, in-form hooker Dylan Donnellan went on to score a hat-trick for the visitors. He made it a two-point game before a penalty from Conor Kearns, kicking instead of the injured David Hawkshaw, edged Clontarf in front.

With the ‘Tarf pack ramping up the pressure, Donnellan and replacement Adrian D’Arcy both proved unstoppable from close range, the former taking his season’s try tally to five. 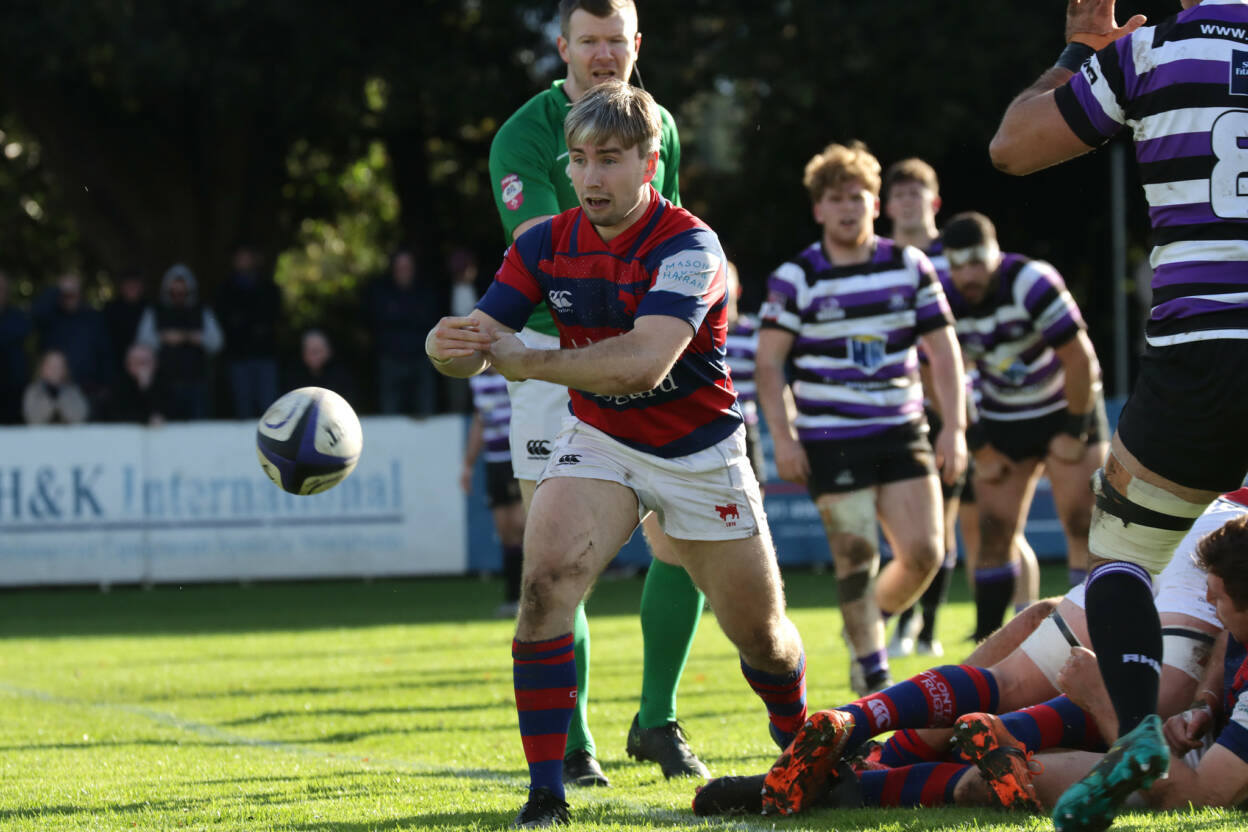 Scrum half Angus Lloyd was prominent early on, moving Clontarf up the pitch with some well-judged box kicking. Their scrum, which included Leinster’s Vakh Abdaladze, was also an area of strength.

However, Terenure nipped ahead in the 17th minute when Levi Vaughan gobbled up a loose ‘Tarf lineout in the visitors’ 22. Strong carries followed from Peter Sylvester, Harrison Brewer and Luke Clohessy.

It all led to a close-in ruck, and with the try-line within reach, scrum half Bennie threw a dummy pass and squeezed over to the right of the posts. Caolan Dooley converted for a 7-0 lead.

A few minutes later in this keenly-contested Dublin derby, Clontarf looked like they were away through Lloyd, but some desperate scramble defence from Terenure bundled him into touch. 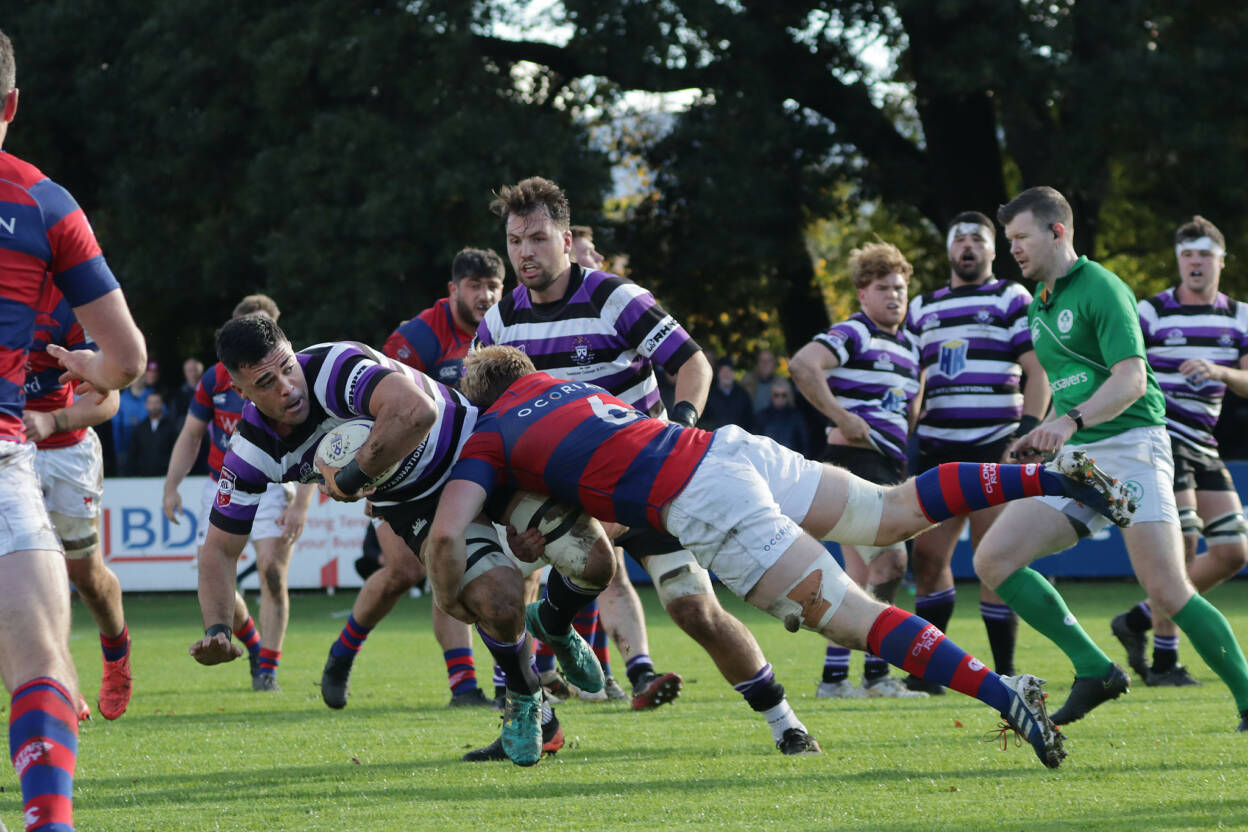 Midway through the first half, Clontarf were getting on top of the scrums. A penalty took them to eight metres out, and Donnellan plunged over from the maul set up by Tony Ryan’s lineout take.

Kearns’ missed conversion from the right left it 7-5 after 26 minutes, and despite losing influential pair Sylvester and Brewer to injury, Terenure struck late to double their tally.

Again the platform came from the lineout, this time their own. A quick transfer unleashed Jordan Coghlan for a strong run around the side, and Bennie’s whipped pass sent de Buitléar over, twisting out of a tackle from Kearns. 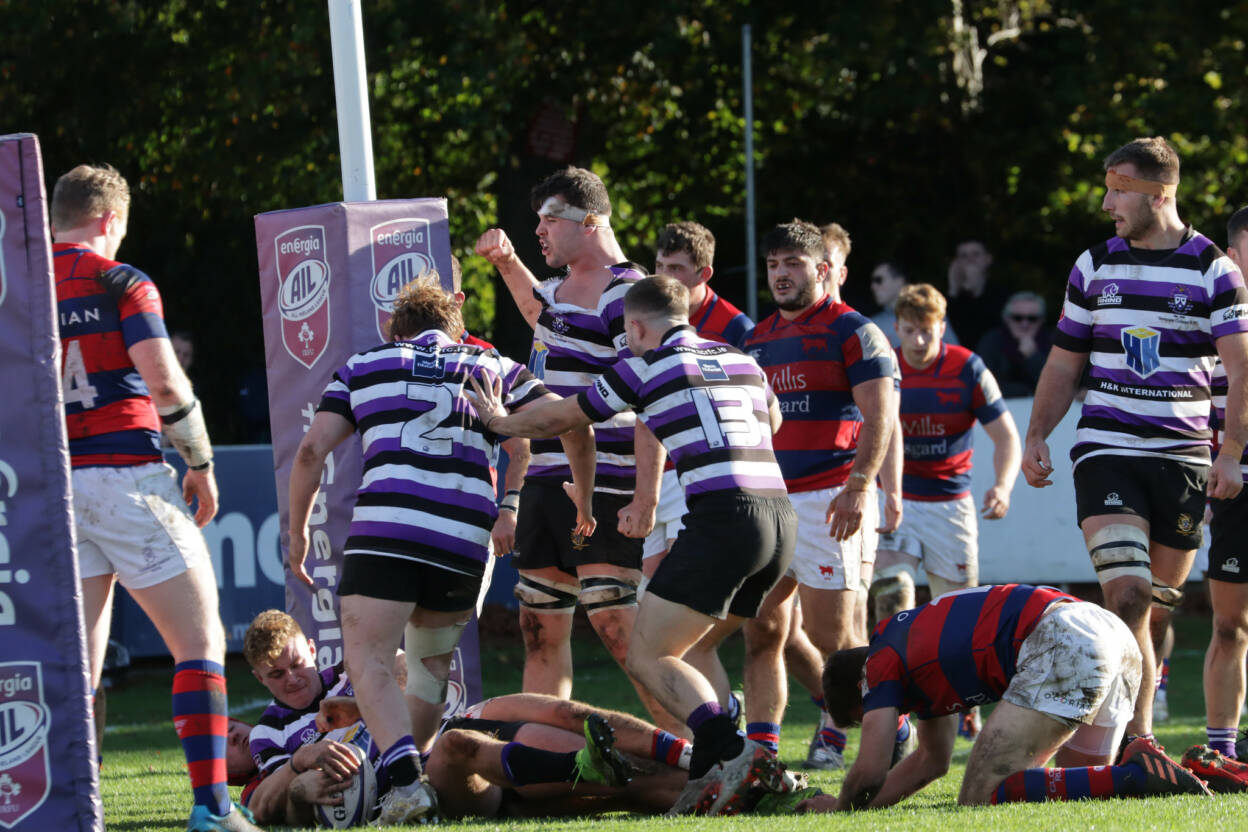 Dooley made it a seven-pointer, although Clontarf hit back within five minutes of the restart. Their well-drilled maul delivered the goods, Donnellan grounding the ball with Lloyd right on his back, in support.

Terenure’s resolute defence ensured they stayed in front, however, with Clontarf winger Ben Woods denied a certain try by a crucial tackle from de Buitléar near the right corner.

Into the closing stages, ‘Nure were still 14-12 ahead but the pressure exerted by Clontarf in the 22 eventually told. Kearns knocked over a central penalty to put Wood’s charges ahead for the first time.

In a tense finale, Terenure were made to pay for a goal-line dropout that went out on the full. A 78th-minute maul was stopped but strong carrying from Abdaladze and company set up Donnellan to burrow over for his hat-trick score. 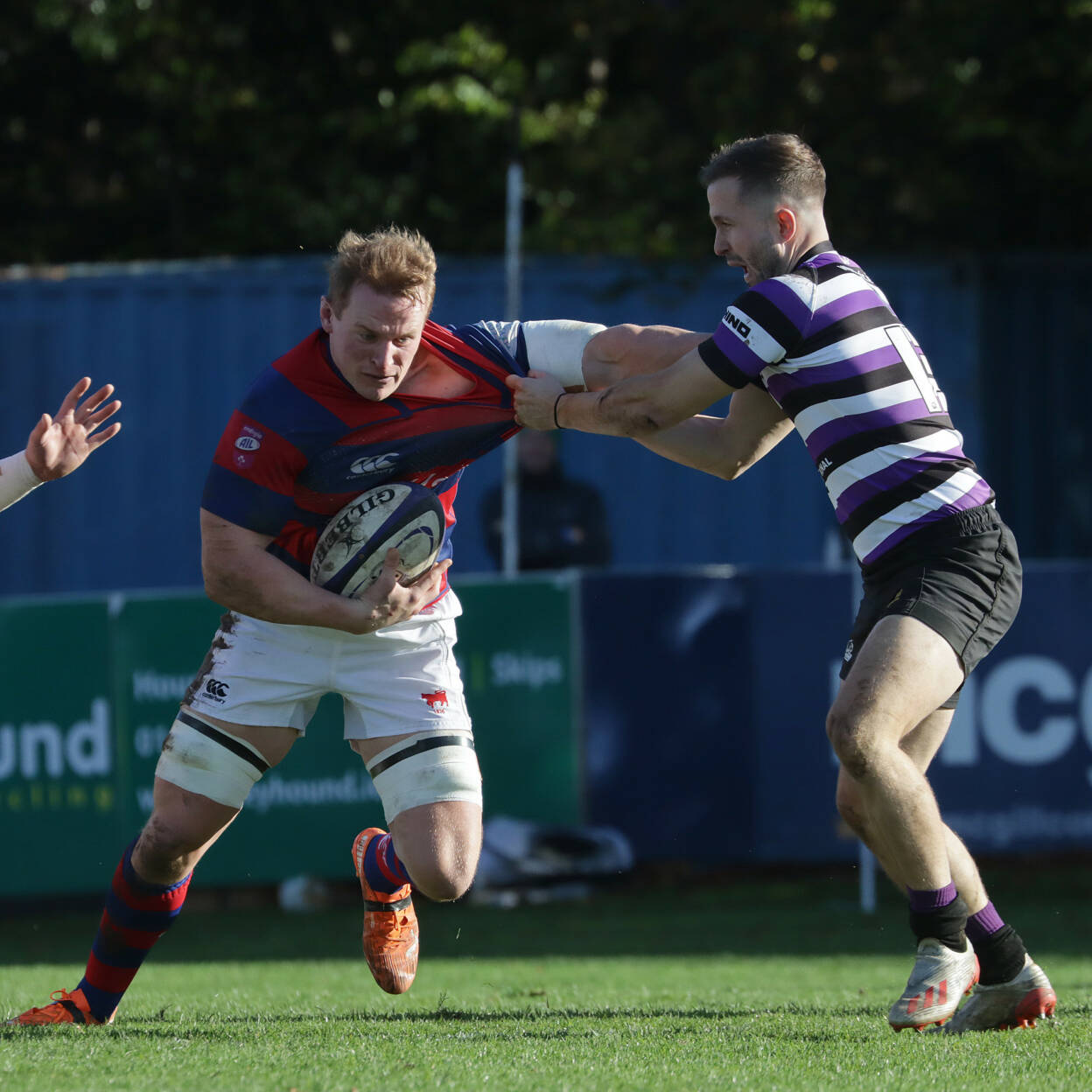 Kearns converted to effectively settle the issue at 22-14 and Clontarf’s persistence was rewarded with a bonus point try in injury-time. Cormac Daly deftly offloaded out of a double tackle for D’Arcy to reach over.

Terenure more than played their part in a match of huge intensity and physicality, and they will aim to bounce back at Dublin University next weekend. ‘Tarf, who now sit second in the table, return home to face fourth-placed Lansdowne.