A dose of Friday Night Lights helped UL Bohemians to open their win account in Energia Men’s All-Ireland League Division 2A. Buccaneers and Ballymena are also on the rise.

UL Bohemians experienced the full gamut of emotions before being confirmed as narrow 18-14 winners over Munster rivals Cashel at the UL Arena last Friday.

Bohs suffered two red cards and ended the game down to 12 men, but a strong first half showing from Tommy O’Donnell’s men was ultimately enough to gain an important result.

It lifts UL off the bottom of the table and into seventh place, level on points with sixth-placed Cashel. The visitors opened the scoring with a penalty from full-back Steve McMahon.

However, the Tipperary men could not hold a strong UL maul at bay, with a collapse on their own line leading to a penalty try and a yellow card. 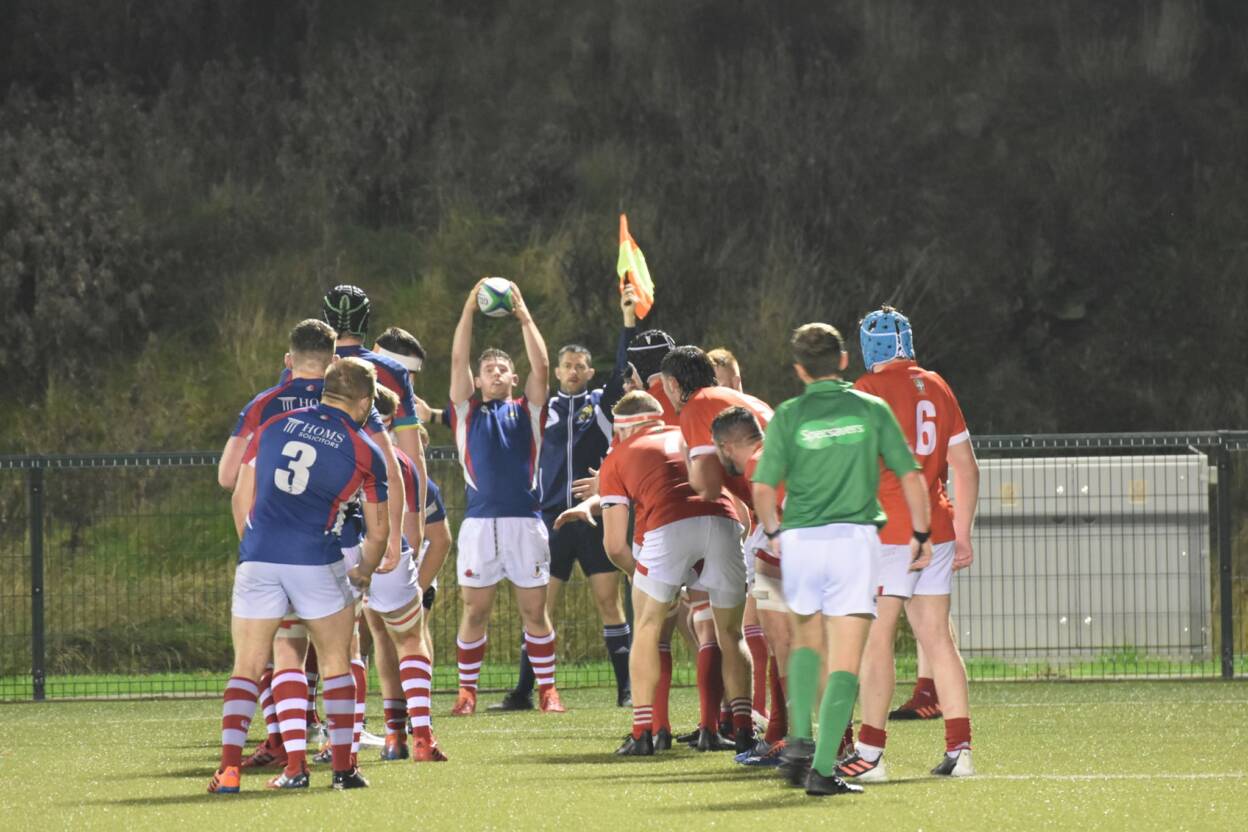 McMahon and Bohs’ Harry Byrne swapped penalties as play quickly swung from end to end on the all-weather pitch. Cashel were held up from their own lineout drive.

O’Donnell’s side had the better of the second quarter, their well-organised defence frustrating Cashel. Approaching half-time, Bohs full-back Darragh O’Gorman intercepted a pass and charged clear for a fine try.

That made it 15-6 at the break, but UL went through a difficult patch in the third quarter. McMahon cut the gap to six points before Eoin Sweeney’s yellow card for a high tackle on Darragh Lyons was upgraded to a red.

Cashel out-half Lyons increased his influence with a terrific 50:22 kick, the resulting maul powering over for hooker Niall Fitzgerald to touch down. With the conversion off target, it was back to a one-point game.

Centre Byrne replied for UL with a crucial penalty in the 66th minute. That proved to be the match-winning score despite some further setbacks for the hosts who had Niall Queally sin-binned and Ben Swindlehurst sent off.

Cashel just could not force a score from their extra numbers, as Jay Traynor, replacement Kieran O’Shea and captain Paul Clancy typified a workhorse effort from Bohs’ defiant dozen. 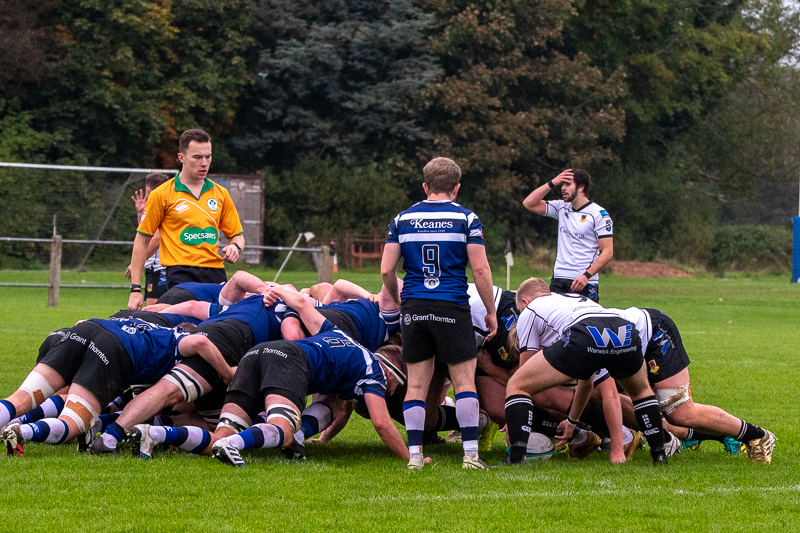 Meanwhile, Ballymena’s homegrown bunch – 13 of their starting XV were educated in the town – overcame Old Crescent on a 29-25 scoreline at a rainy Eaton Park.

However, the Braidmen gave themselves some breathing space with a 14-6 half-time lead. Promising flanker Adam Lamont finished off some solid team play, with Sam Millar again supplying the conversion.

Millar was successful with the second of two early penalty attempts on the resumption, and Ballymena went 22-6 up just five minutes later.

Player-of-the-match Rhys Ervine, who was part of an influential back-three, sliced through to send supporting full-back Rodger McBurney over in the corner. 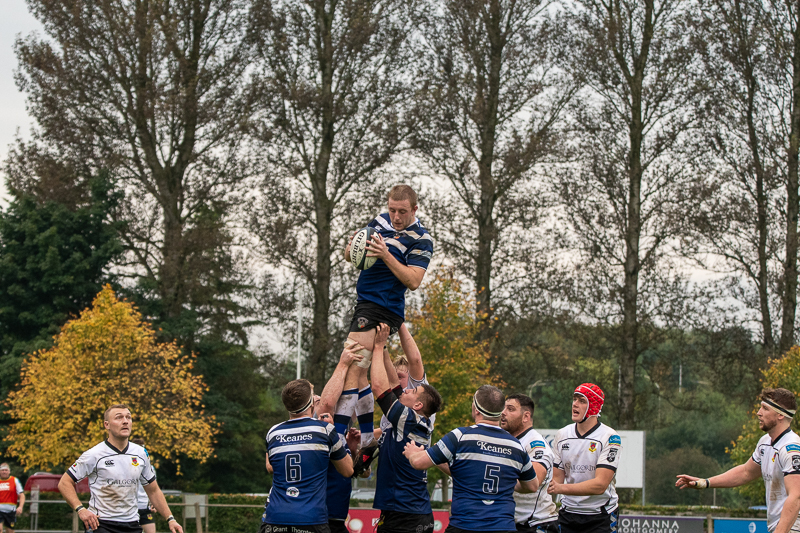 Cathal Monaghan roused Crescent with a well-taken intercept score but on the hour mark, Ballymena lock David Whann crossed from close range after some crisp passing and determined phase-building.

Millar converted the bonus point try to make it 29-11, but once again Crescent showed their character and some quality forward play down the final stretch.

Replacement hooker Niall Hardiman bagged a late brace, with both tries converted by McKenna. The maul effort in the final play secured a losing bonus point for the Limerick men, who remain in the bottom two.

Sitting one place above Ballymena in the table are Buccaneers, in third. Buccs carved out a 24-16 bonus point victory over Nenagh Ormond at Dubarry Park, winning the John McCormack Memorial Cup in the process.

This very entertaining encounter was a fitting tribute to the late McCormack, who played for both Nenagh and Athlone during his career. Nenagh were only 12-9 behind at the break. 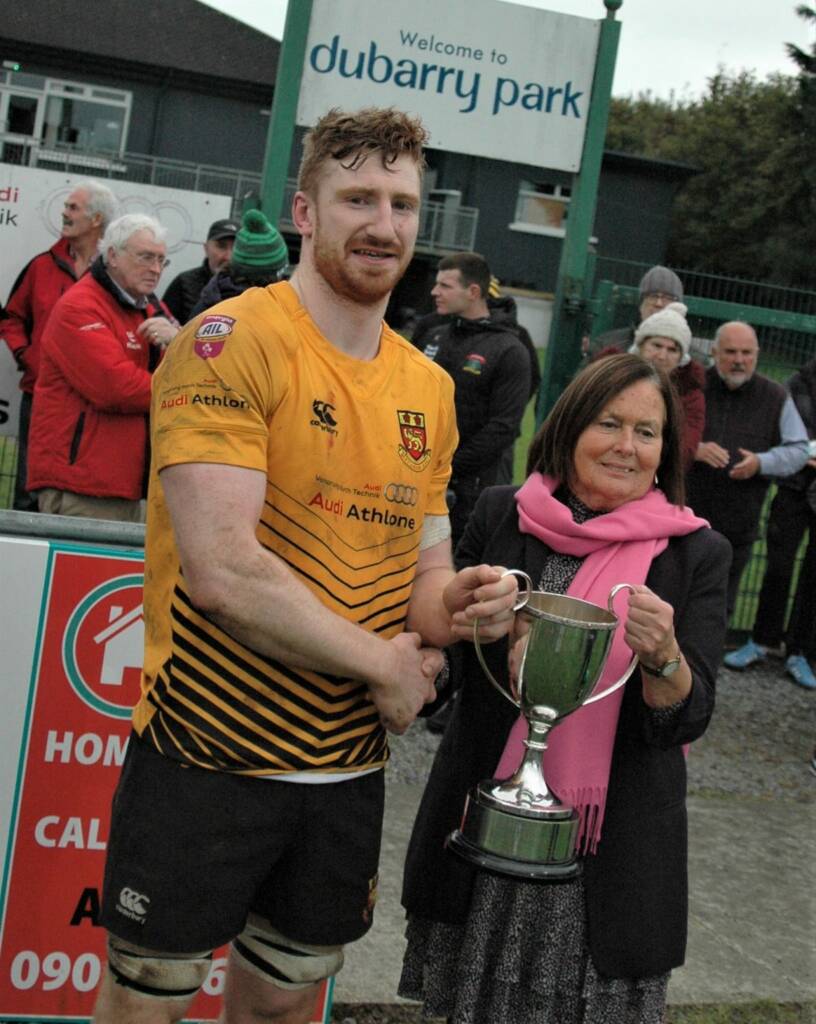 Out-half Fionn McGibney kicked three penalties for the wind-backed visitors, while Buccs broke through for two tries towards the latter stages of a keenly-contested first half.

Michael Hanley, the eventual player-of-the-match, changed the direction of an attack with a smartly-lofted ball out to the right corner where winger Thomas McGann did well to touch down.

Number 10 Hanley landed a terrific touchline conversion, and the Pirates went into half-time on a high after Connacht Academy back rower Ciaran Booth thundered over following a Danny Qualter-won lineout.

Buccs stretched the Nenagh defence in the 52nd minute, releasing winger Rory O’Connor to weave through for try number three and a 17-9 advantage. In response, McGibney hit the post with a penalty.

O’Connor missed out on a second try when he was held up, but there was no denying the Athlone men in the 74th minute. Hanley used scrum possession to feed McGann and he arced in at pace for a try which Hanley converted.

It was a case of too little, too late in terms of Nenagh gaining a bonus point. They had to console themselves with a last-minute try from winger Patrick Scully who finished well past two defenders. 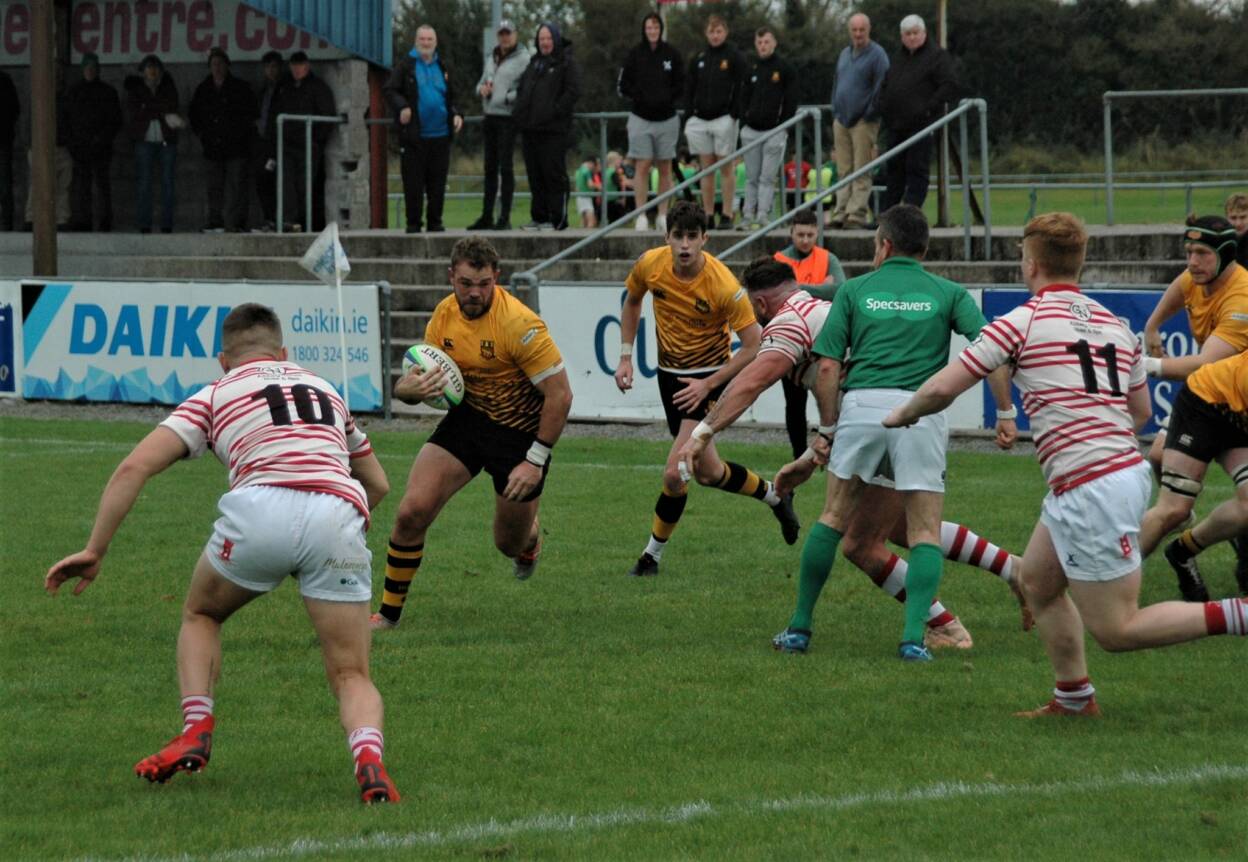 Dolphin were brought crashing back down to earth by a thumping 60-0 defeat to Queen’s University. The unbeaten table toppers ran in eight tries, including a hat-trick from winger Jonny Hunter.

Incredibly, the match at Dub Lane was scoreless until a 19th minute penalty from Ritchie McMaster. Queen’s dominated the second quarter with four tries to lead 34-0 at the interval.

Graham Curtis completed his brace from a McMaster cross-field kick in the 46th minute, before Hunter took his tally to three just past the hour mark.

The remaining scores were grounded by Curtis Dundas and captain David Whitten, who burst over from the back of a scrum. Impressive out-half McMaster finished with 20 points, landing all but one of his conversions.

Rainey Old Boys went down 39-0 to second-placed MU Barnhall at Hatrick Park, with young winger Sean Stokes speeding over for a first half hat-trick of tries.

The ball was spread across for Sexton to open the scoring in the 14th minute. Full-back Eoghain Quinn then finished off a strong set of phases on the half hour mark.

The Blue Bulls led 22-0 at half-time, another pacy back-line move releasing Sexton to score try number three. The same player bagged the bonus point after Adam Chester had countered from inside the visitors’ half, linking with Conor Lacey.

Sexton turned provider to set up the second half’s opening try for Quinn, before Paul Nalty charged down a clearance kick and centre David Dooley dived on the ball to score. Chester converted to make it 34-0.

The seventh and final try was run in by replacement winger Matthew Alborough in the corner, the Barnhall backs having swept the ball across from the opposite wing.