While Constitution end this first block of league fixtures with a third successive defeat, they did fight back for another losing bonus point despite losing lock Conor Kindregan to a 43rd-minute red card.

Kindregan saw red for making contact with David Hawkshaw’s head in an unfortunate tackle, which also ended the Leinster out-half’s involvement in a pulsating game.

The visitors were leading 13-12 at the time, with captain Aidan Moynihan converting JJ O’Neill’s terrific early try and landing a brace of penalties. 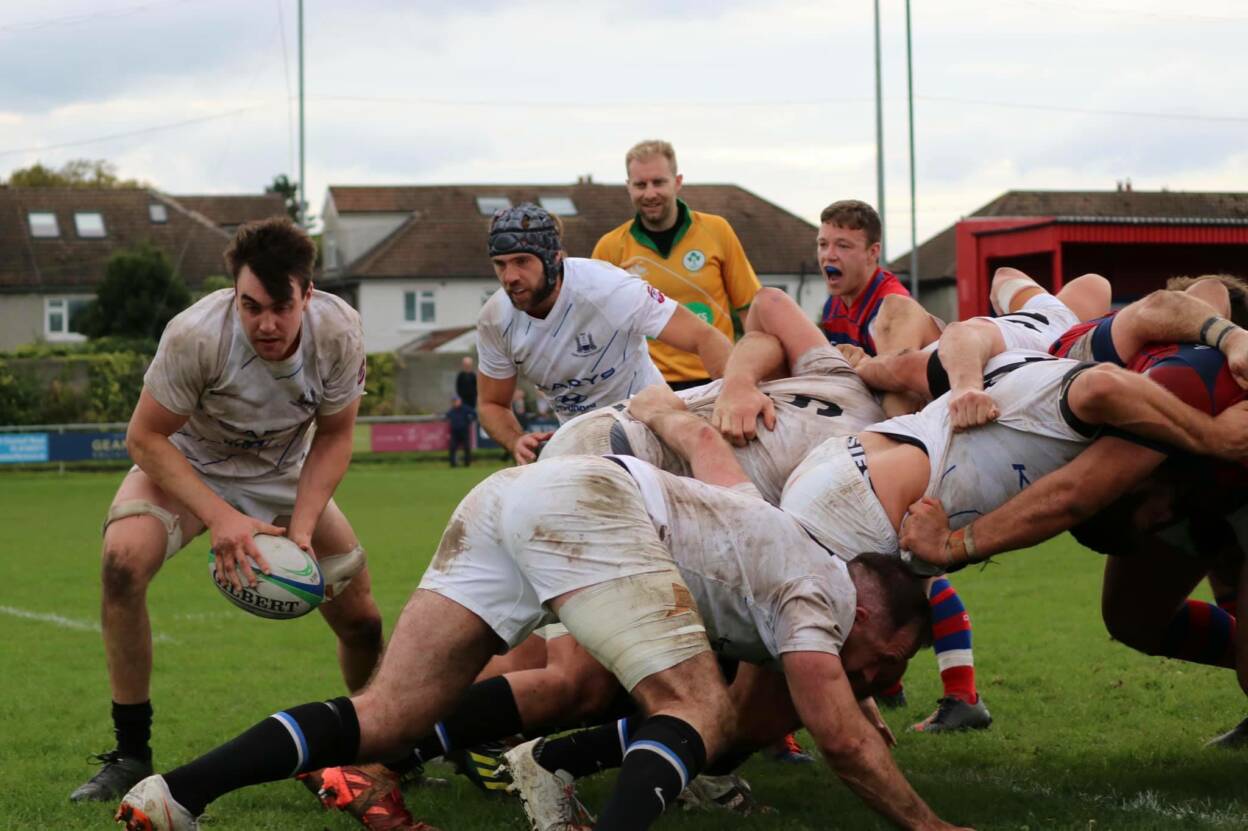 After leaking a third-minute penalty to Hawkshaw, Cork Con struck the first blow when knifing through midfield off a scrum on the Clontarf 10-metre line.

Former captain Niall Kenneally sliced through from a Moynihan pass, evading the clutches of Hawkshaw before his centre partner O’Neill timed his run perfectly, collecting Kenneally’s offload out of a tackle to scoot in under the posts.

Moynihan converted and it was tit for tat between the place-kickers, Hawkshaw nailing two penalties to one from the Con skipper as the Leesiders’ lead was cut to 10-9 by the half hour mark.

A superb carry by second row Cormac Daly – with Kindregan caught on the wrong side of the ruck – helped to set up Hawkshaw’s fourth successful strike, edging the north Dubliners back in front.

A nice bit of play from Munster’s Jack Crowley teed up Moynihan to close out the first half’s scoring. Playing at full-back, Crowley collected his own kick over the top and pressurised ‘Tarf into conceding a penalty and three more points. 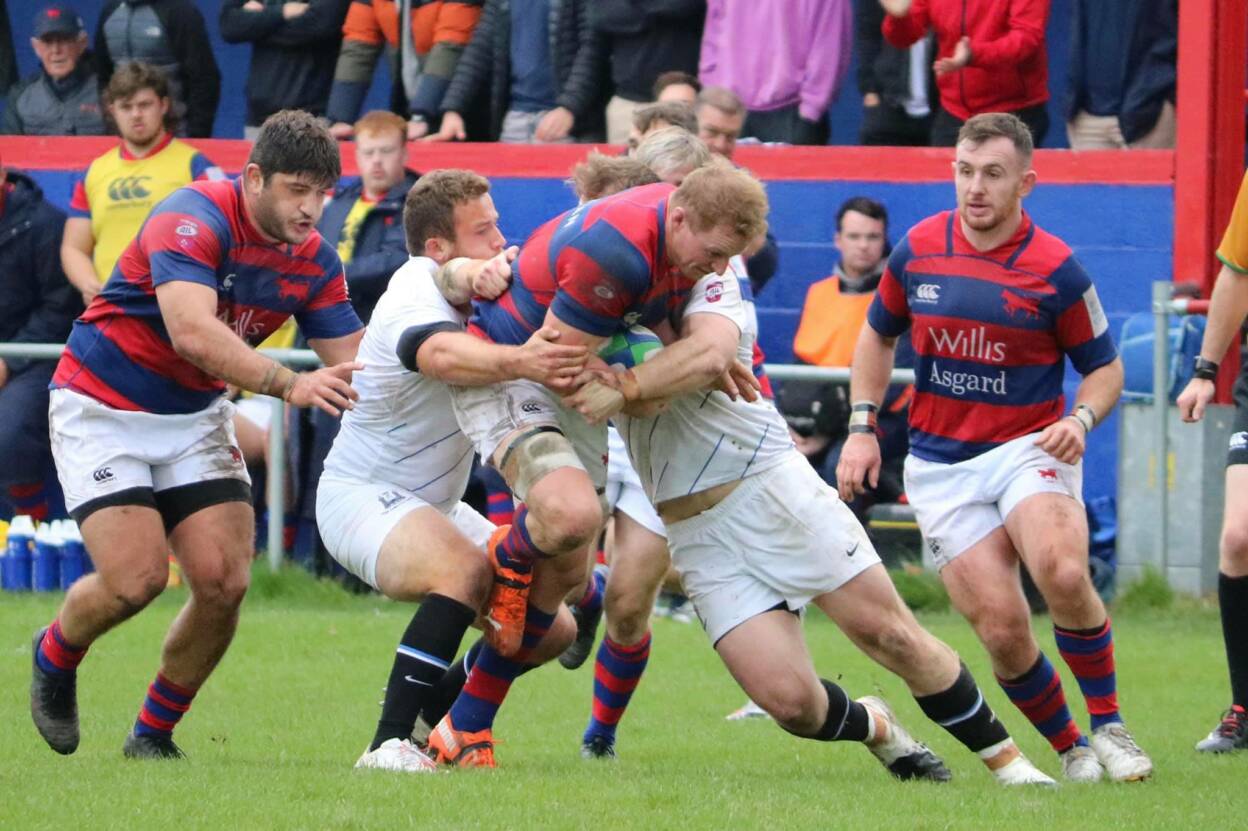 However, it was all hands to the pump for Con after Kindregan’s dismissal. Clontarf began to dominate through their forwards and their ground-gaining carries around the fringes.

Scrum half Lloyd slipped away from a couple of defenders on a clever snipe in the 22, and the impressive Daly used the ruck ball – and all of his 18-stone frame – to batter his way over from a few metres out.

The opening try of the afternoon was converted by full-back Conor Kearns, and although Moynihan responded with a penalty to make it 19-16, Clontarf were soon over the whitewash again.

With 60 minutes on the clock, the home side mauled up close before Lloyd spotted the space out wide, firing out a long cut-out pass for Kearns to gather and finish strongly past the covering Billy Crowley, in the right corner.

Kearns, who filled in at out-half, and Lloyd got the ‘Tarf back-line moving for their third try which gave Andy Wood’s men a 15-point match-winning cushion.

Michael Courtney broke past a couple of defenders in the 63rd minute and sent the supporting Jack Power through into the Con 22. The winger offloaded off the deck for Leinster Academy flanker Martin Moloney to finish off to the left of the posts. 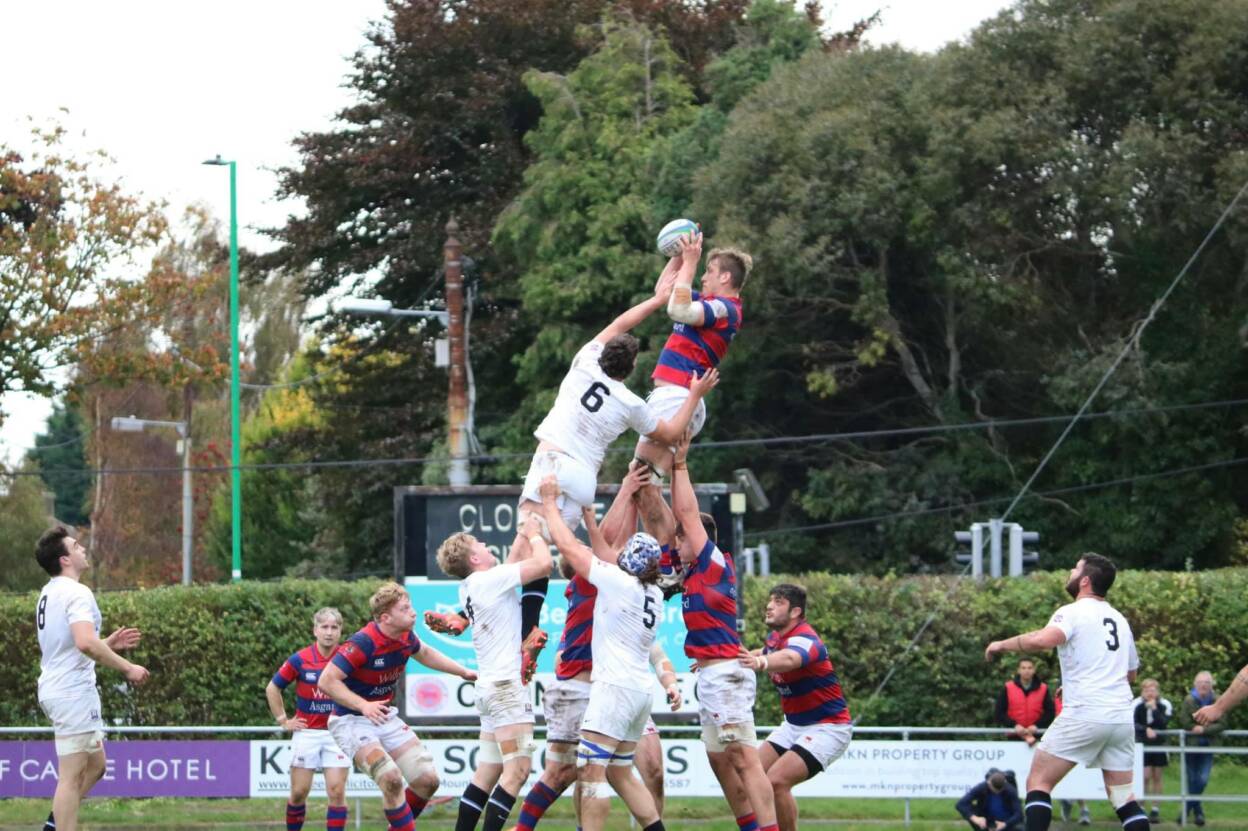 Following Kearns’ conversion, Con chipped away at the deficit, Moynihan threading a pinpoint grubber kick through for powerful winger Sean French to gobble up and score in the left corner.

Moynihan missed the difficult conversion but split the posts with a 76th minute penalty. However, a final turnover in the ‘Tarf 22 put paid to Con’s hopes of grabbing a late draw.