Leinster marked their first home game since September 2019 with a resounding 57-12 victory over Ulster in the second round of the Vodafone Women’s Interprovincial Championship.

Round 2: Four-Try Second Half Salvo Keeps Munster On Course

The reigning champions took just 25 minutes to pocket the bonus point at Energia Park, their elusive full-back Ella Roberts touching down on her first start.

Ulster rallied during the third quarter with well-taken scores from forwards Ilse van Staden and Taryn Schutzler, but Phil de Barra’s Blues had too much quality and depth.

Their 11-try haul was completed by Michelle Claffey’s brace, Roberts’ second of the evening, and Grace Miller and lively replacements Emily McKeown and Vic O’Mahony added their names to the scoresheet too.

Leinster stated their intent with a quick-fire third-minute score, the returning O’Byrne-White crossing in the left corner after incisive running from Roberts, Miller and Jenny Murphy. 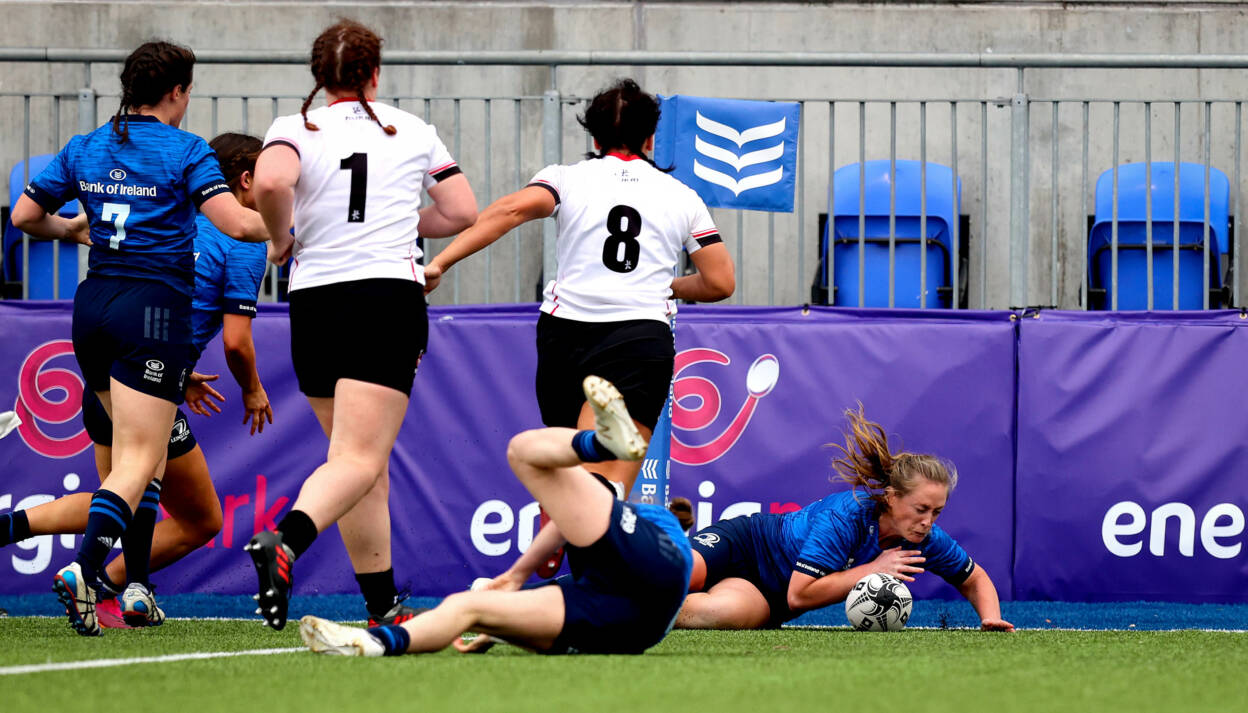 Busy scrum half Molly Scuffil-McCabe knitted it all together nicely, but Ulster responded well with Jemma Farrell kicking cleverly and captain Beth Cregan and second row Schutzler imposing themselves up front.

However, the hosts went 12-0 up when pacy hooker Callan cut past two defenders, outside the Ulster 22, and fended off full-back Dolores Hughes for a fantastic finish under the posts. Murphy converted.

With athletic flanker Emma Murphy in player-of-the-match form, Leinster whipped up the pace again early in the second quarter.

Skipper Christy Haney and Jennie Finlay punched holes in the Ulster defence before Scuffil-McCabe neatly fed Caughey for a five-pointer out left.

Lovely hands from Mairead Holohan then sent Murphy charging past halfway, the move breaking down but Scuffil-McCabe’s kick through was seized upon by Roberts who brilliantly beat Peita McAlister’s challenge to hare home.

Replacement Lauren Farrell-McCabe kept the pace high following a quickly-taken penalty on the half hour, the blue wave leading to centre Byrne going over on the right via a big hand-off on Fern Wilson. 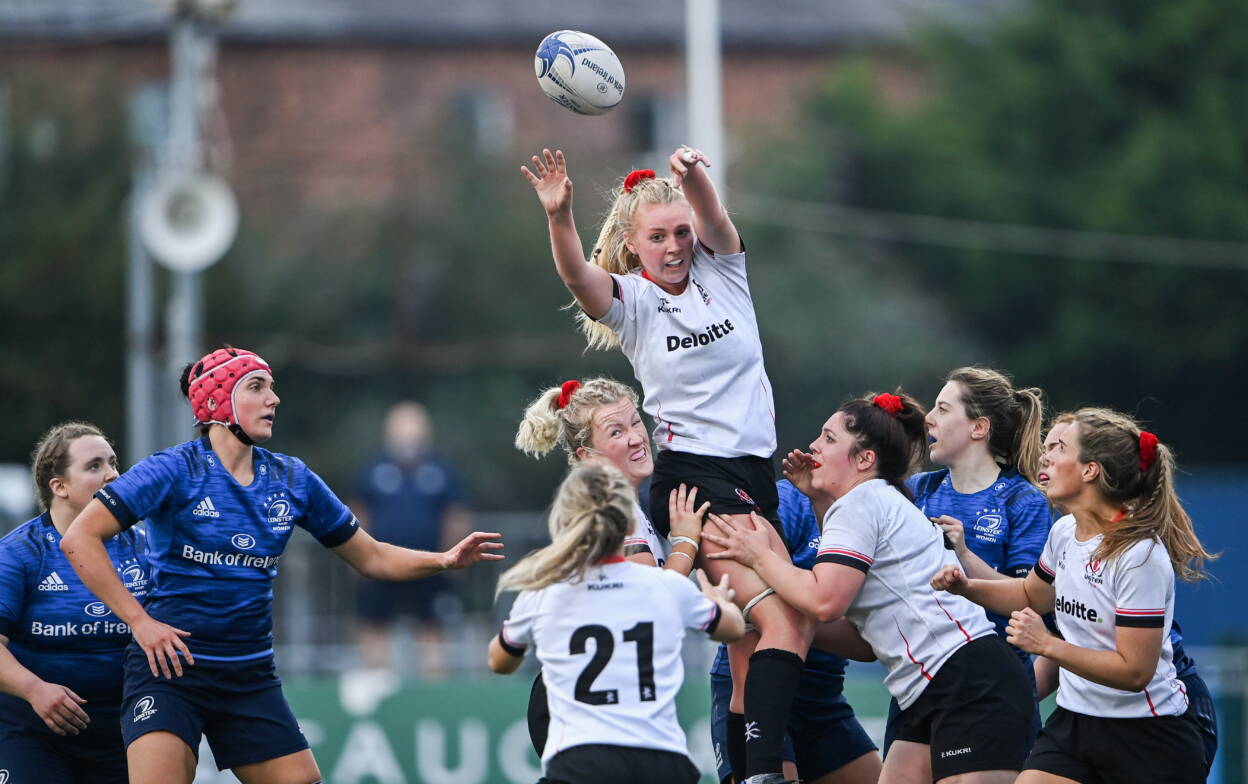 One of Ulster’s best moments came just before the break, out-half Toni Macartney slashing through past halfway, yet that good work was undone when Farrell missed touch from a penalty.

They fell further behind three minutes into the second half, Finlay using a dummy to pierce the defensive line before Claffey, last week’s player-of-the-match in Galway, stepped off her right and reached out to score.

A bout of direct carrying finally got Ulster firing in the opposition, as replacement prop van Staden bounced off a tackle to score to the left of the posts. Farrell added the extras.

Ulster swiftly handed back those five points, though, as Farrell-McCabe ran back a kick in superb fashion, managing to pass out of a tackle for Claffey to claim an opportunist 48th-minute try.

Nonetheless, Neill Alcorn’s charges were now making more inroads – particularly through their pack – and Schutzler broke down the blindside of a lineout maul for an snappily-taken effort, making it 37-12. 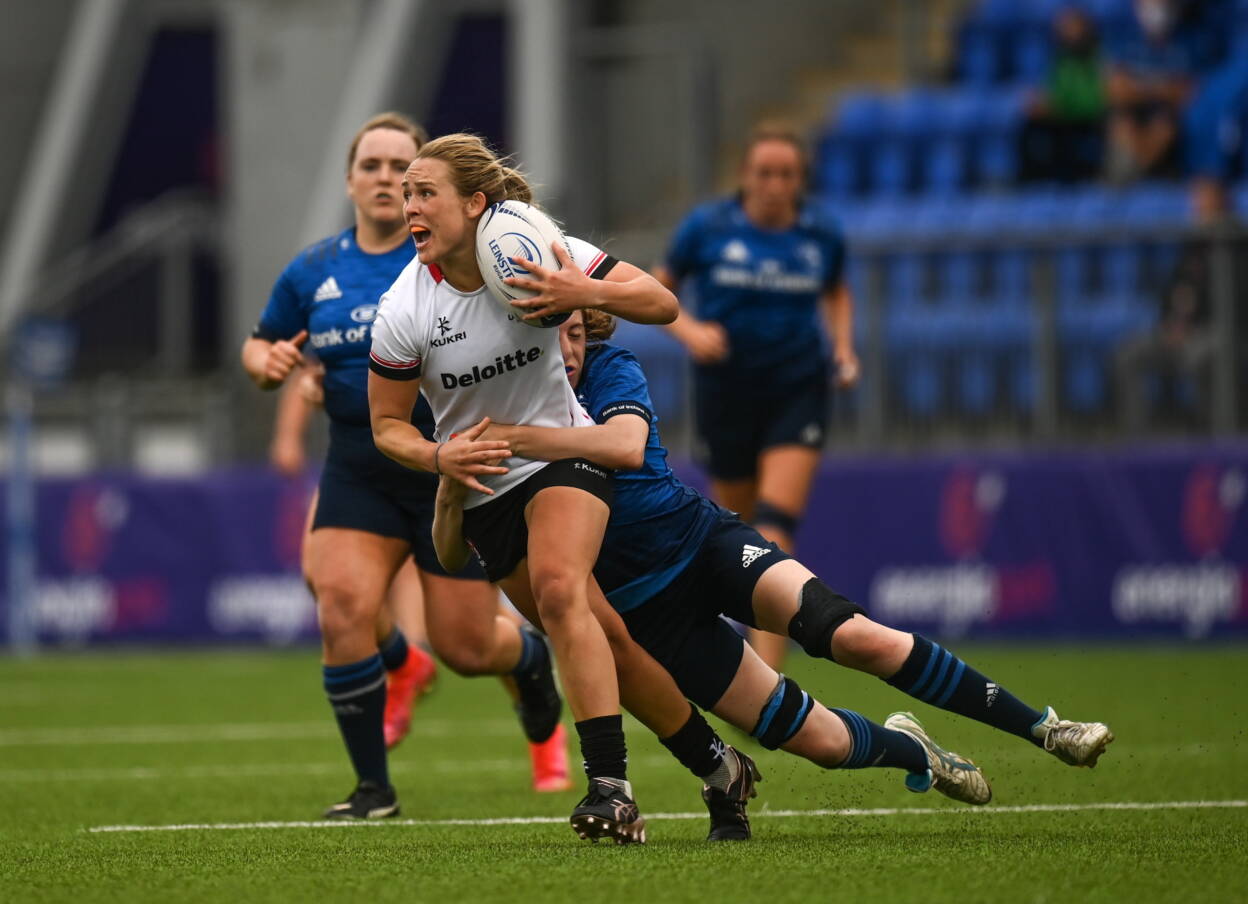 Ulster’s industrious number 8 Stacey Sloan battled hard at the breakdown to win a relieving penalty. However, there was another Leinster try around the corner – and a final flourish in front of an appreciative home crowd.

The speedy Roberts profited from some good passing to score despite Macartney’s cover tackle, and then replacement Rachel Horan broke off the base of a scrum and fed winger Miller for a deserved 66th-minute score.

There was still time for Naas flyer McKeown to make her mark on her debut, bursting past Jill Stephens to score in the left corner from 25 metres out.

McKeown’s pace cut open the Ulster defence again in the last minute, paving the way for O’Mahony to rumble over. The only blot on Leinster’s copybook was the lack of success from the tee. 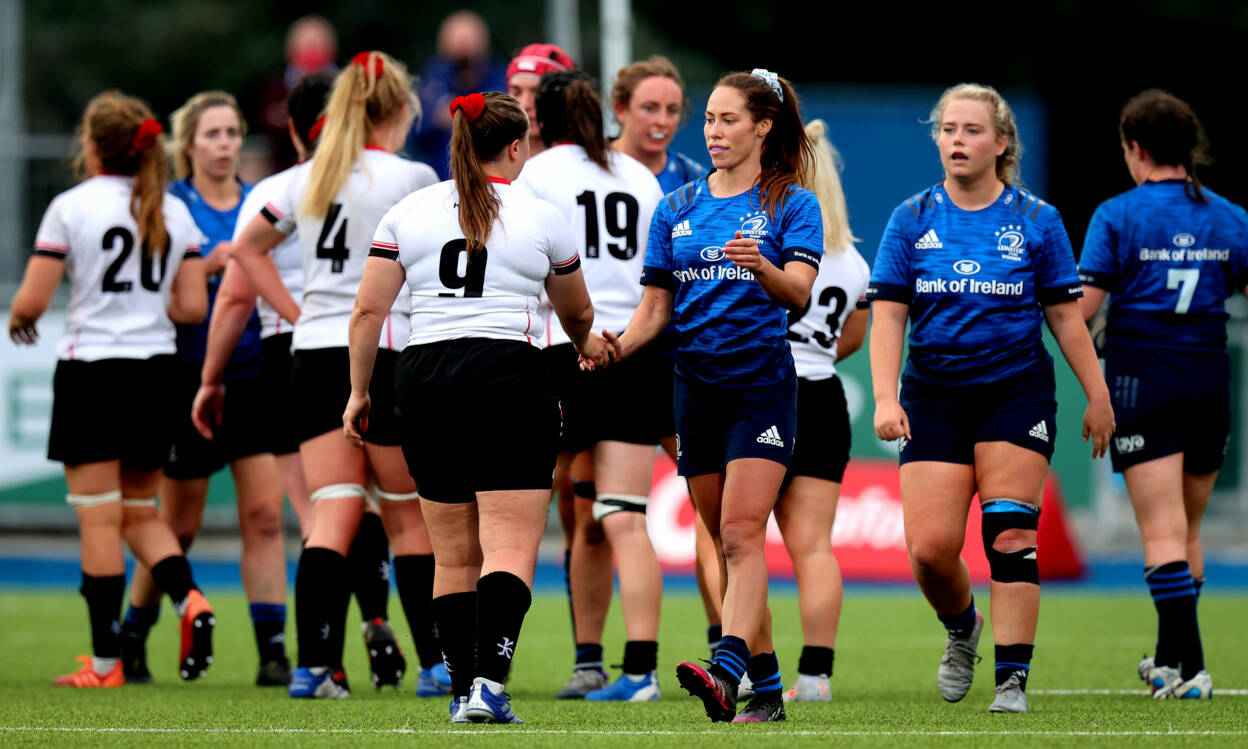