A crucial second half maul try got the Ulster Under-19s over the line against Connacht, earning them a hard-fought 22-19 Interprovincial victory at Energia Park.

Round 1: Leinster Under-19s Prove Too Strong For Munster

The Connacht back-line was very impressive throughout. Centres John Devine and Adam Madden sliced through the opposition defence at times, while full-back Adam O’Carroll made a number of breaks.

However, two tries in the closing half from Rory Telfer and replacement Ethan Fitzsimmons helped Ulster to gain the upper hand and open their win account at the first attempt.

There were strong performances in the northerners’ pack, most notably captain Paddy Brown, try-scoring number 8 James McNabney and Charlie Irvine. 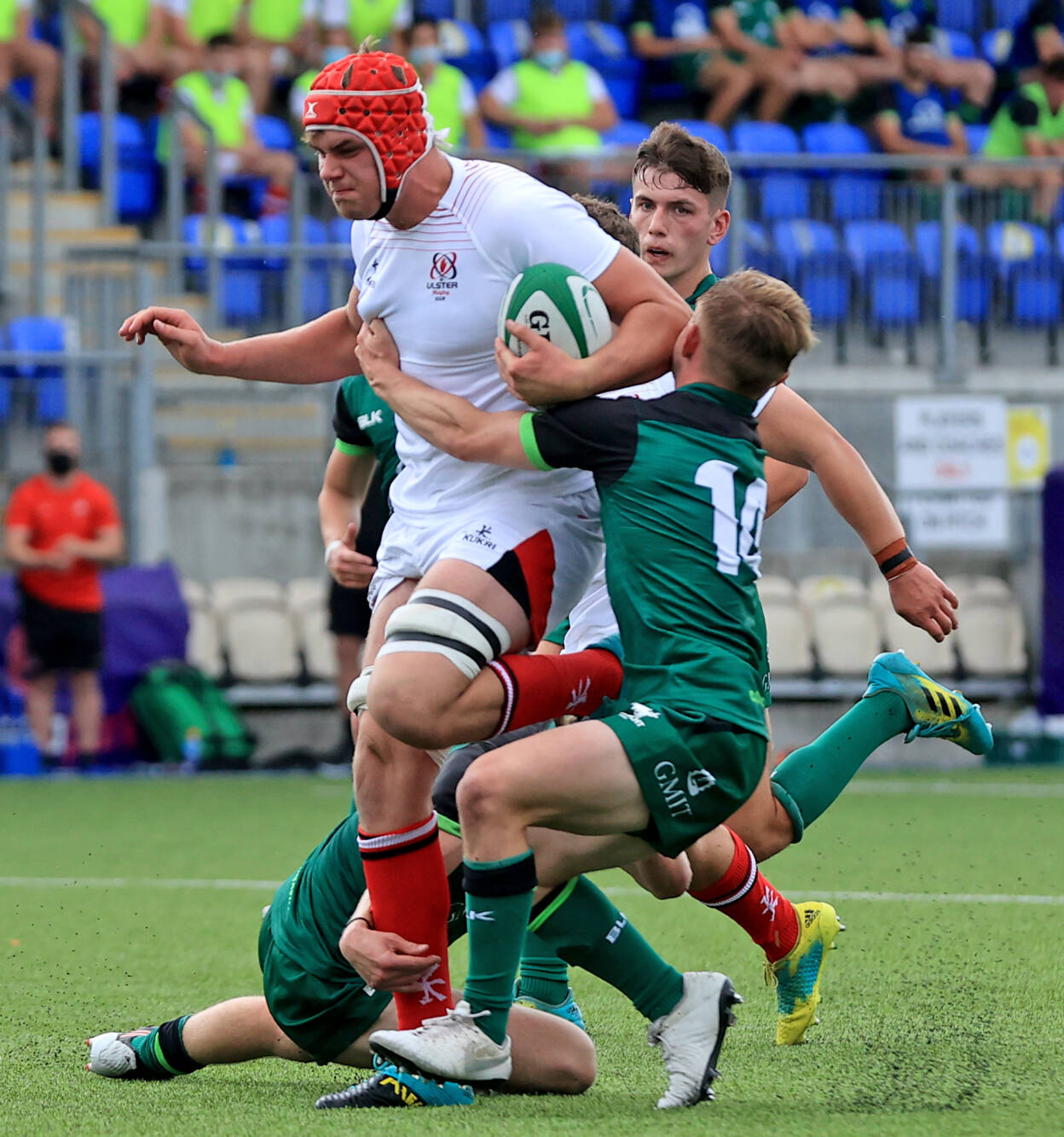 In the first 10 minutes, it was clear that Ulster boast a physical set of forwards, with Cambridge House’s McNabney making his presence felt around the field.

In the early stages, McNabney and company piled on the pressure. Their lively start was rewarded in the ninth minute when the big back rower brilliantly powered over despite a couple of covering defenders.

Following Ross McKay’s conversion, Ulster pressed on. Zippy scrum half Arthur Johnson, who was lively all day, made a great break and the supporting McNabney was caught just short of the try-line.

At the opposite end of the pitch, once Connacht succeeded in getting the ball to the wider channels, they really started to cause Ulster problems.

On the quarter hour mark, Devine was steamrolling his way towards the line. He was stopped but a quick recycle and some nice hands from West and O’Carroll guided winger Barry in for an unconverted try. 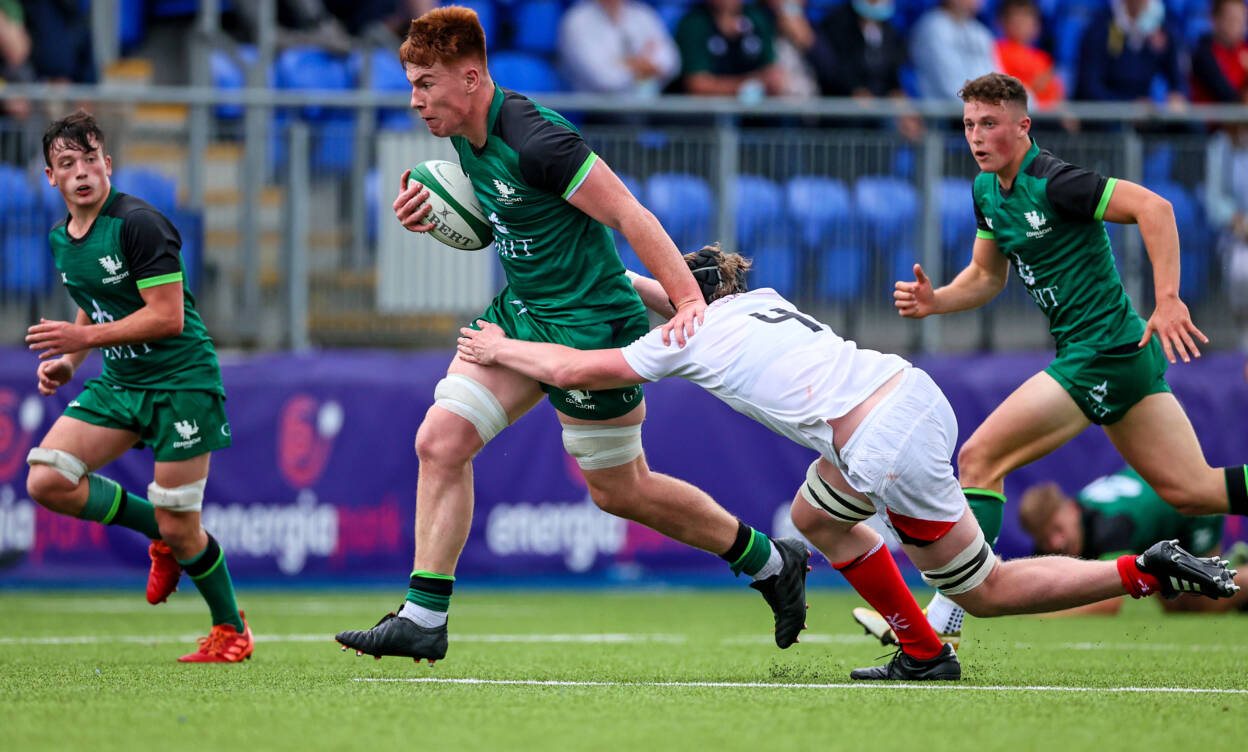 Connacht’s high tempo was creating a really fast-paced game, suiting their talented backs who were raring to get the ball.

Ballinasloe full-back Carroll soon sped towards the try-line on the standside, creating a two-on-one, and despite his pass to West not going to hand, the Ballina out-half was still able to scoop the ball off the ground and claim the try.

West followed up with a well-struck conversion for a 12-7 lead, and the Connacht forwards were also making their mark.

Sligo flanker Adam Hunter made some important tackles and was a real menace at the breakdown. In response for Ulster, McKay landed a penalty to close the gap to just two points at the break. 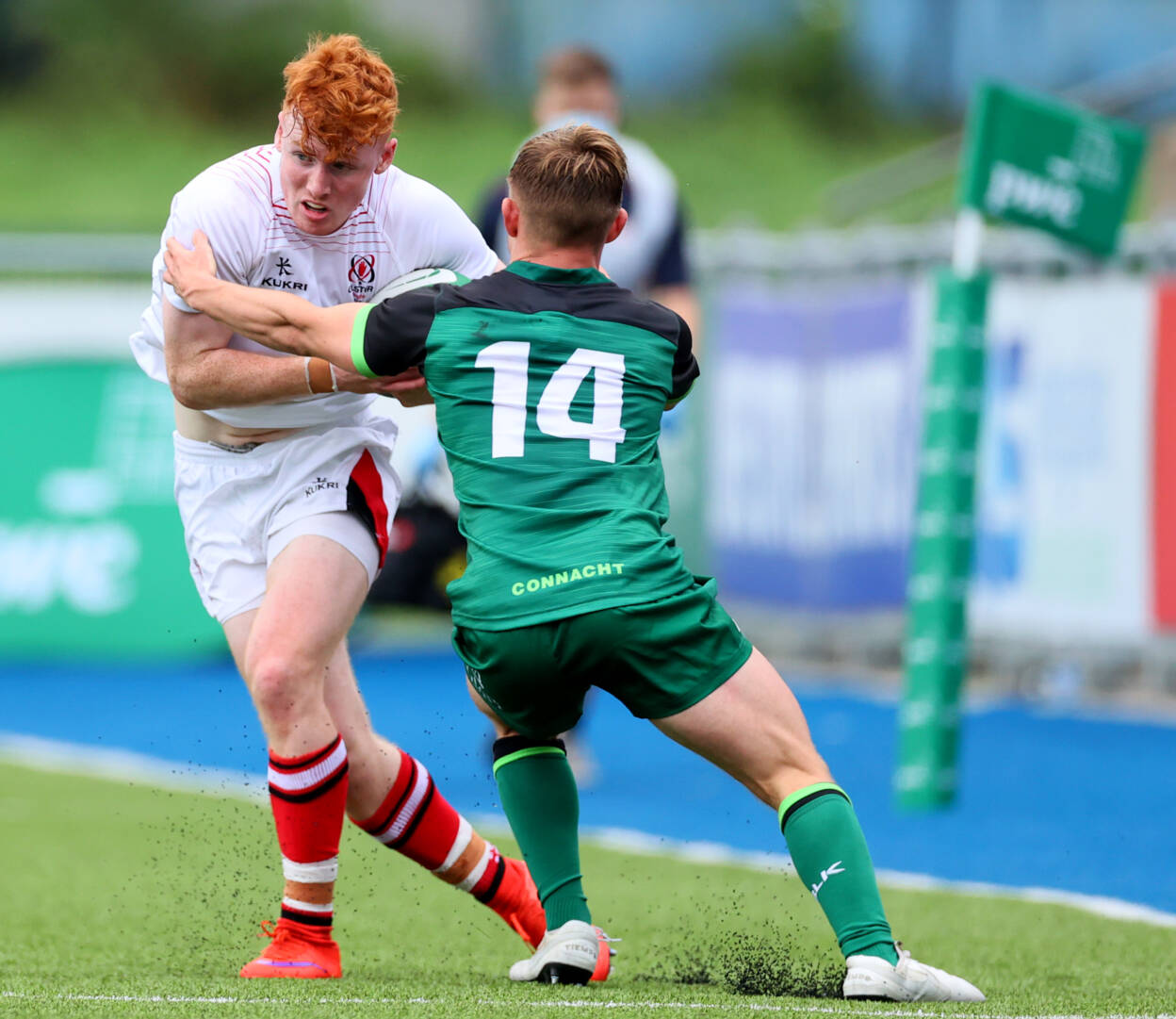 Connacht started the second period brightly, creating more and more scoring opportunities, but the last pass was letting them down as the ball was not going to hand at the vital moment.

Despite this, they did extend their lead when a great rip tackle from Hunter got them the ball deep inside the Ulster 22.

From a quick recycle, West, Devine and Madden all played their part in a phase that finished in a try for replacement Tadhg Finlay. West’s successful conversion left it 19-10. 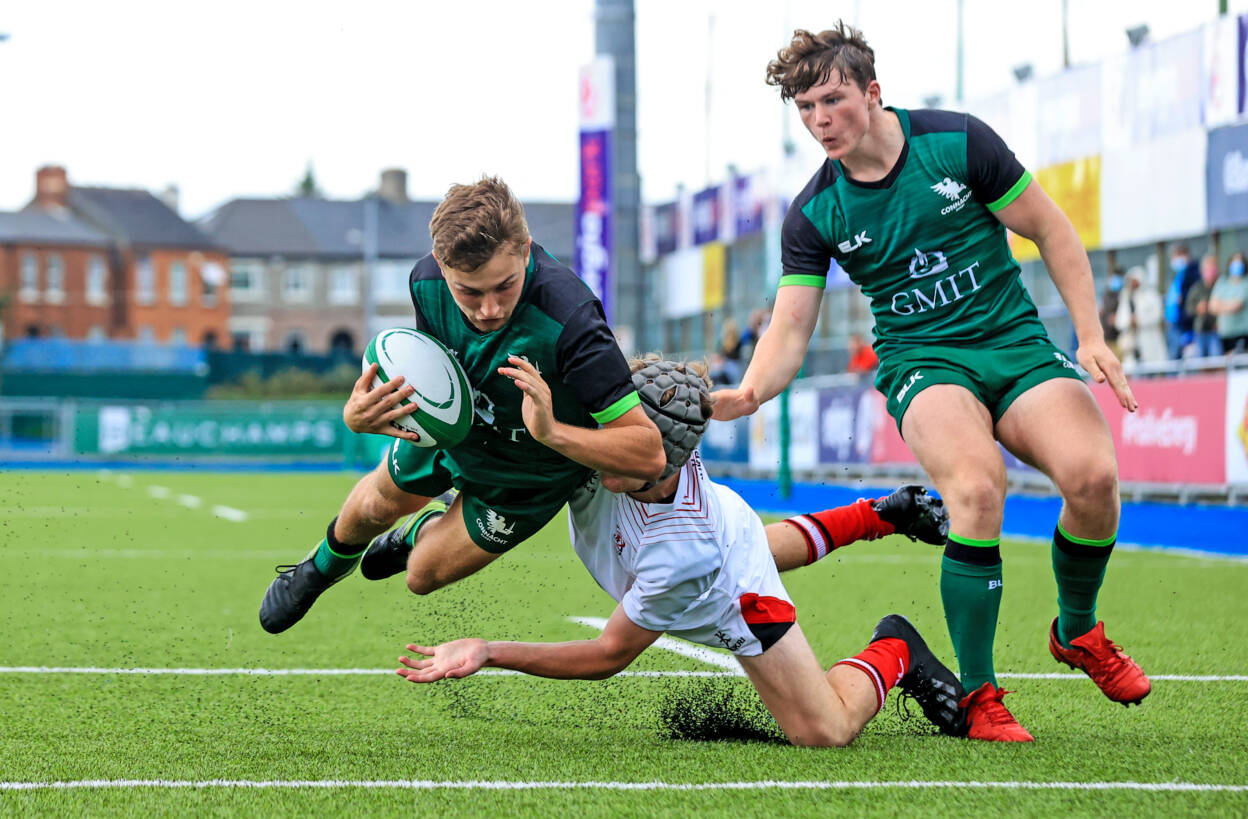 It looked like Foley’s charges were in the driving seat, until Ulster showed that they still had plenty in reserve, led by sniping scrum half Johnson.

Some good little runs off the base of the ruck really helped get his team going, along with some punishing carries from the pack, especially replacement Kyle Ferguson. Their reward was a well-finished try from Coleraine’s Telfer.

The game’s decisive moment came in the last 20 minutes, as a barnstorming Ulster maul rolled its way right to the whitewash, with Fitzsimmons getting the all-important grounding.

Try as they might, Connacht just could not muster up any real final attack as Jonathan Gillespie’s well-drilled Ulster side held on to take a tight verdict. 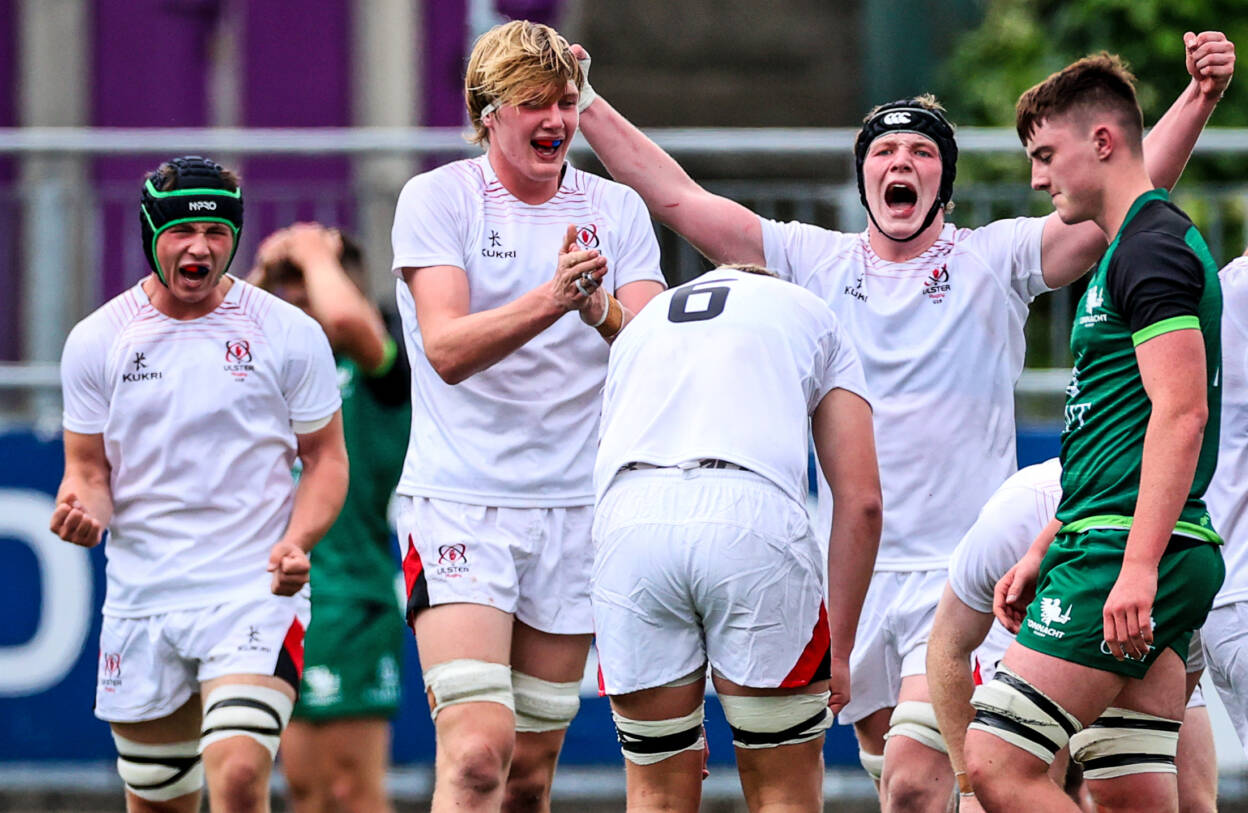