Leinster won the opening fixture of the PwC IRFU Under-18 Men’s Clubs Interprovincial Championship, edging out Munster 12-8 to complete a double for the province in Donnybrook.

Photo Gallery: Leinster Edge Out Munster In U-18 Clubs Opener

Following up on their U-19 counterparts’ earlier success at Energia Park, second half tries from Oisin Lynch and Charlie Sheridan saw Leinster overturn a five-point half-time deficit.

Influential Midleton scrum half Kyle Read, who had scored out wide to break the deadlock, was inches away from notching a second try as Munster finished strongly.

However, Joe Carbery’s Leinster side dug deep to keep a hold of their narrow lead, forcing a late knock-on and then winning a crucial turnover penalty.

The heavy rain thankfully stopped in time for kick-off, and in the opening exchanges, Wexford Wanderers’ Luke O’Connor was quickly in at the breakdown to win a penalty.

Munster, though, had the first scoring opportunity, out-half Jimi Fenton missing a penalty attempt from outside the 22. They were looking the better team at this early stage.

Noel O’Meara’s young guns bounced back from a great carry by Leinster’s Grant Palmer, earning a penalty but, with the kicking conditions proving tough, Fenton missed the target again.

A knock-on spoiled some promising Leinster play as they reached the Munster 22 for the first time, 18 minutes in. Their pack then drove Munster back over their own try-line, winning a five-metre scrum.

Leinster looked most likely to score with an overlap, yet Naas’ Jack Sheridan was unable to hold onto the final pass. As the sun came out, Munster defended doggedly to win a clearing penalty. 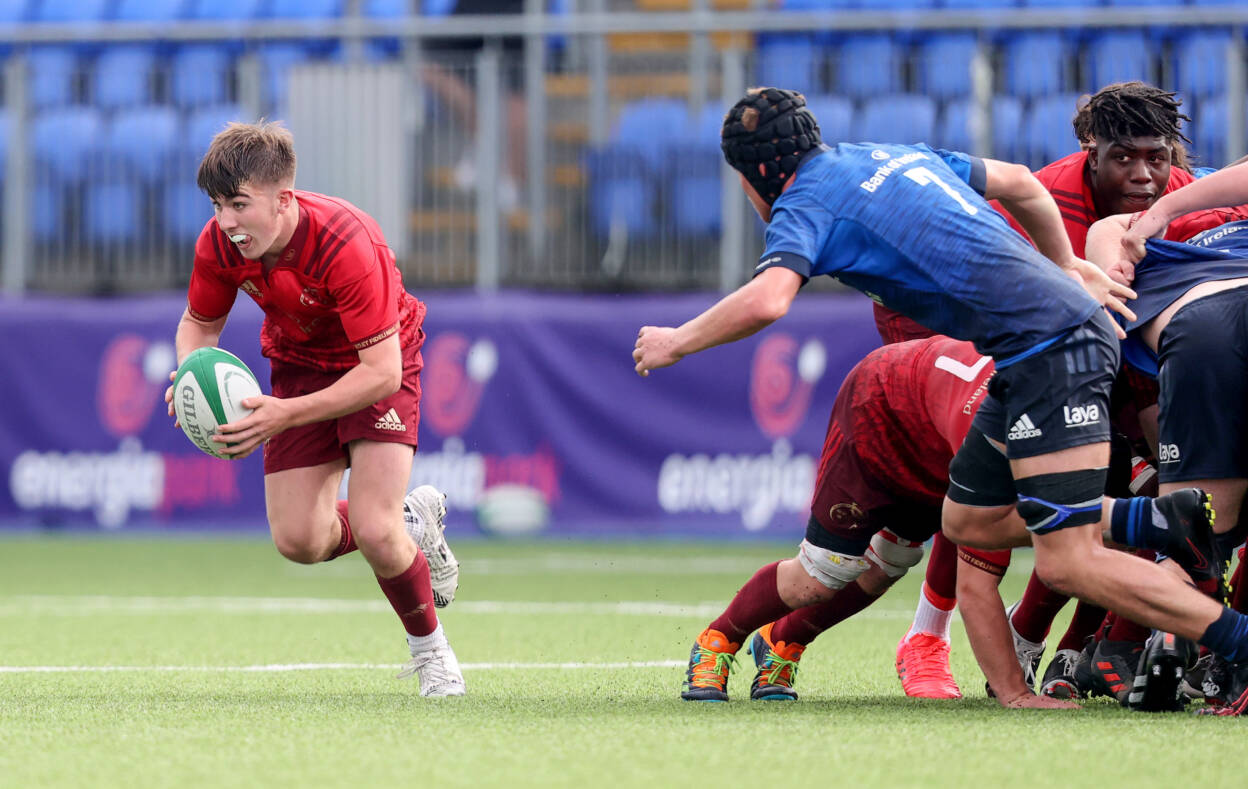 Another Leinster chance went abegging a few minutes later, with both sides visibly revelling in the physicality of this entertaining and closely-fought contest.

The breakthrough appeared to be coming when Munster winger Kieran Kennedy produced a terrific break down the right. Nonetheless, Leinster scrambled back to secure a turnover when the ball went to ground.

Just a minute before the interval, Kennedy sent a grubber kick through and was body-checked. Munster sent the penalty to touch, pressing via the lineout before moving the ball wide for Read to finish off a very hard-earned try.

Fenton was unable to convert, but Munster did have a deserved lead to take into the second period. It swiftly came under threat, though, when play resumed.

Wexford number 8 Palmer had another storming run, and a nice pass from Niall O’Hanlon got Leinster into the Munster 22. The penalty came and they went for touch. 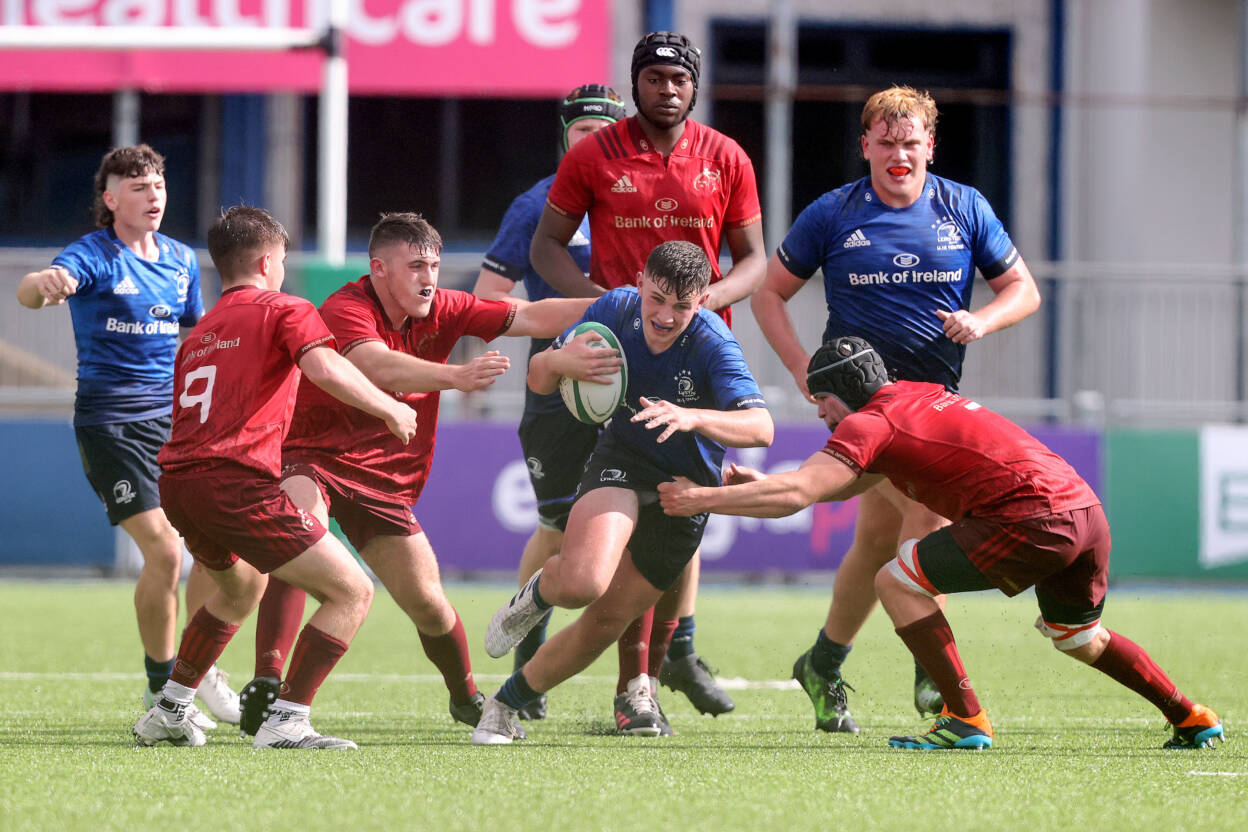 In the next phase, Boyne prop Lynch barrelled over from close range. Out-half Ethan Travers missed the conversion, leaving the provinces level at five points each.

Following another penalty miss, Munster were back on the defensive when Leinster winger Jack Sheridan successfully chased down his own kick through, on the 50-minute mark.

Again, Leinster showed very good ball retention and built through the phases, before possession was spread out for centre Sheridan to capitalise with a try in the corner.

Naas clubman Travers also sent over a very well-struck conversion to make it 12-5. Munster wasted little time in responding, as Fenton landed a 54th-minute penalty for a four-point game.

The kicking battle intensified, Munster were winning more possession and territory but strong defence from Leinster was able to keep them at bay.

With five minutes remaining, Munster surged again and it looked like Read was going to score but he was stopped just short of the whitewash.

In a dramatic conclusion, Leinster stood firm in gritty fashion, forcing a knock-on at a Munster scrum and then following up with that turnover penalty in the very last play.