Leinster academy manager and former Ireland U20 head coach Noel McNamara has signed a two year deal to become the backs and attack coach for South African franchise the Sharks.

Speaking recently to Irishrugby.ie, McNamara explained how this opportunity came about and his motivations for taking on this exciting new role.

“The reality was my career break with Clongowes was coming to an end and I had to make a decision around whether I went back as it’s a department position and there really isn’t much wiggle room in that.  So I had a number of different conversations mostly with David Nucifora in the IRFU.

The main thing for me was that I wanted to get back coaching.  I really missed the 20s. That had been something I had really gotten my teeth into over the course of the last three years and whilst I loved my role in Leinster probably just getting back on the grass is the main motivation for me.

I had a number of conversations with lots of different people but David was probably the one really who was pushing me to keep going after the coaching side.  Over the course of a period of time he had spoken to someone over in South Africa who were specifically looking for a northern hemisphere backs and attack coach and the question then was would we go abroad.

A lot of conversations with my wife Sinead and we have three young kids.  So there is obviously plenty to think about there but it probably kept coming back to the same thing it’s a fantastic opportunity,” said McNamara.

As a coach McNamara is known for his attention to detail and meticulous preparation and as he and his family considered a move to South Africa no stone was left unturned as he sought insight from a host of sources. 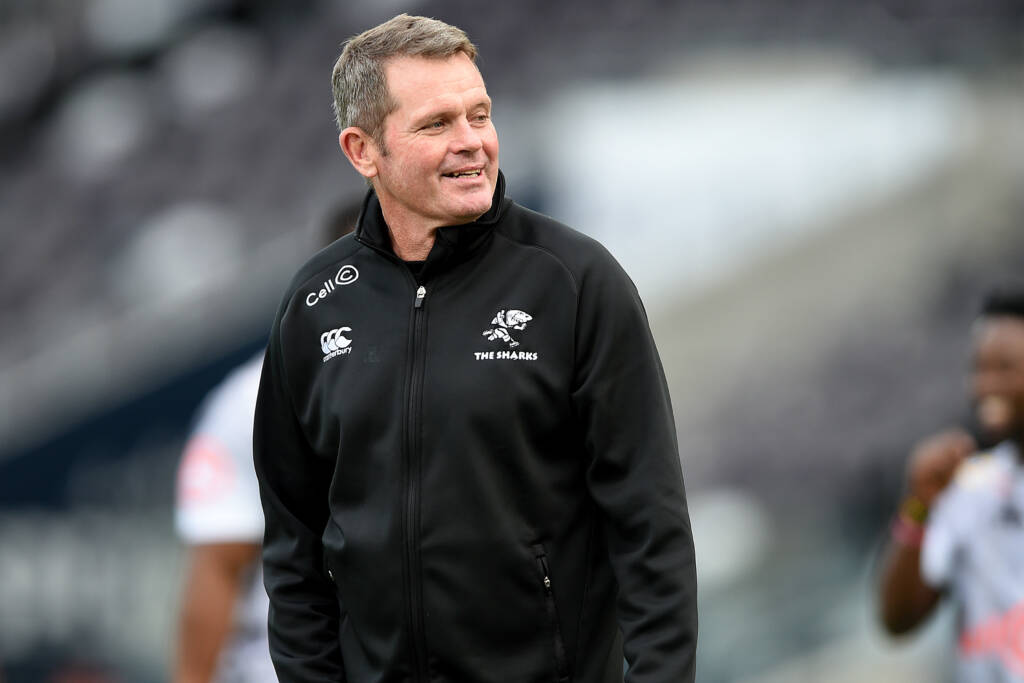 Sean Everett was appointed head coach of the Sharks in 2019

“Allan Temple Jones has recently moved from the IRFU, he was involved in the Sevens and he is the head of the Athletic Development (at the Sharks).  I would have spoken to Felix Jones as well and anyone I spoke to from the Sharks, Sean Everitt (Sharks head coach) initially who came across as a really good guy.  He has been involved in the Sharks for a long long time.  He felt that we had a similar career path in that he coached their U18s, U19s, U20s was an assistant coach at the Sharks and has recently taken over there now,” said McNamara.

McNamara is cognisant of the role others have played in his development as a coach to date.  There have been many positive influences across his career that have helped to shape his philosophy on the game and exposed him to different challenges.

Looking back to the start of his coaching journey, McNamara recalled his first exposures on the IRFU’s high performance coach pathway.

“The IRFU have been very good to me over a long period of time   Going back to Collie McEntee who was someone who brought me in initially.  I remember meeting with Collie and David (Nucifora) prior to leaving Clongowes and they would have spoken about the challenges and wanting to support me and help me navigate those.  They certainly did that and subsequently Peter Smyth (IRFU Head of Elite Player Development) as well.  And equally at Leinster Leo (Cullen) giving me a phone call looking for me to get involved there too.

I’ve been very lucky in Leinster with Leo and Stuart (Lancaster) in particular but I have also been very lucky in the IRFU where Joe Schmidt would have been very generous with his time and Andy Farrell as well.  You get to learn from very good coaches and good IP (Intellectual Property).  We did a lot in Lockdown as well facilitated by Matt Wilkie where all the coaches came together and I think there is a real collegiality in the coaching set-up within Ireland.”

In 2018, the IRFU set up a four month coaching placement for McNamara with ITM Cup side North Harbour in New Zealand.  This experience was another signpost in McNamara’s development as he looks back on how it influenced him as a coach. 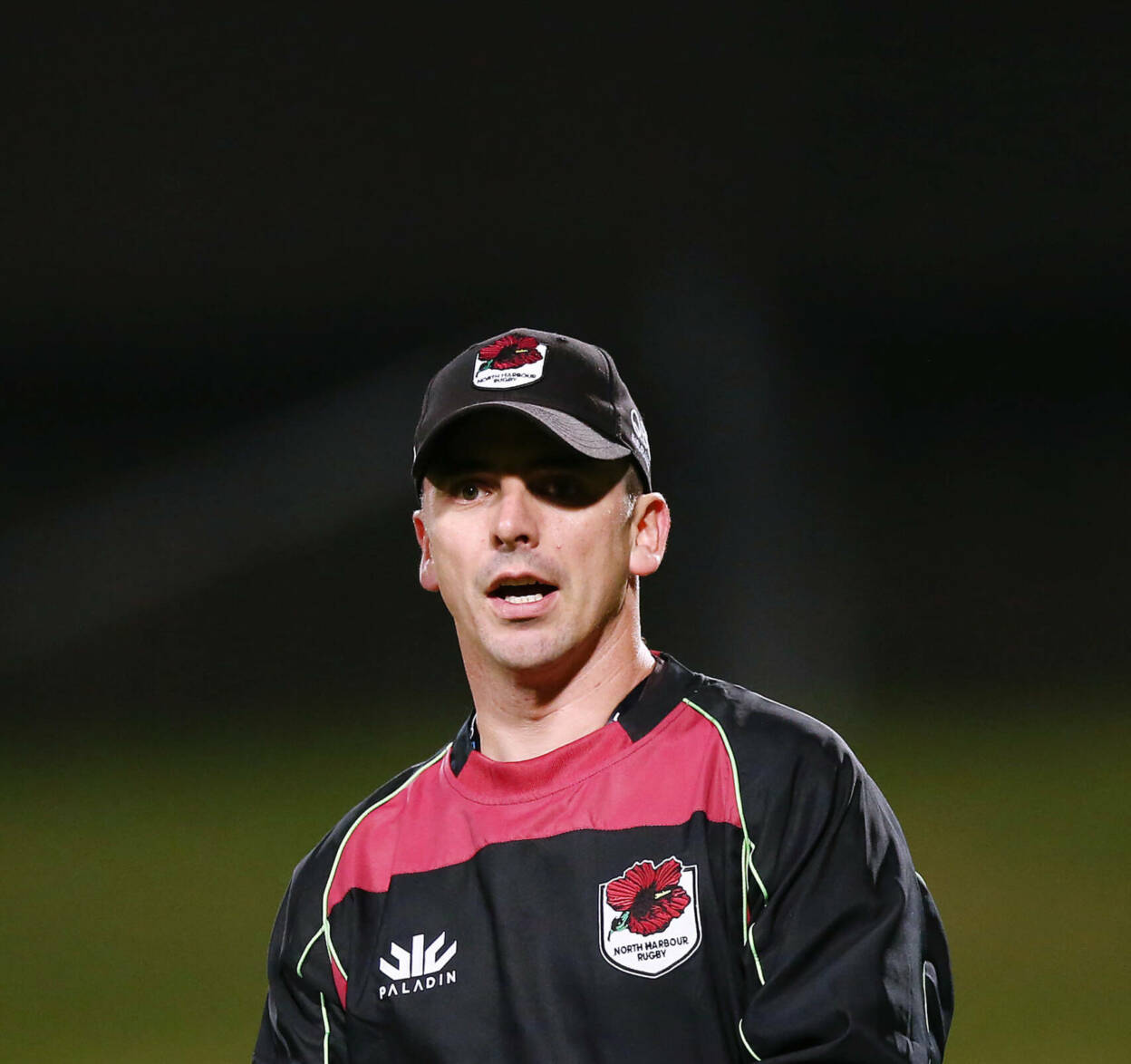 “The North Harbour experience is pretty significant, I remember I got a phone call from David (Nucifora), who said this North Harbour thing looks like it’s possible what do you think? And I remember jumping at it really.  It was fantastic.  I think so many things about that trip probably contributed to where I am now.  The day to day (of coaching) I just loved it.  I loved the 20s in the Six Nations I loved the World Cup albeit its intense.  The day to day of being involved with a senior men’s team in North Harbour was significant.

It was just a brilliant experience of coaching good players and working with good coaches as well.  I probably learned quite a bit when I was over there and it certainly would have had an influence on me and just the improvement over the course of that  four month period I feel was pretty significant.  I feel my learning really accelerated” reflected McNamara.

McNamara believes that Irish coaches are respected and sought after around the world and as he embarks on his first overseas appointment he is encouraged by the success of his contemporaries. 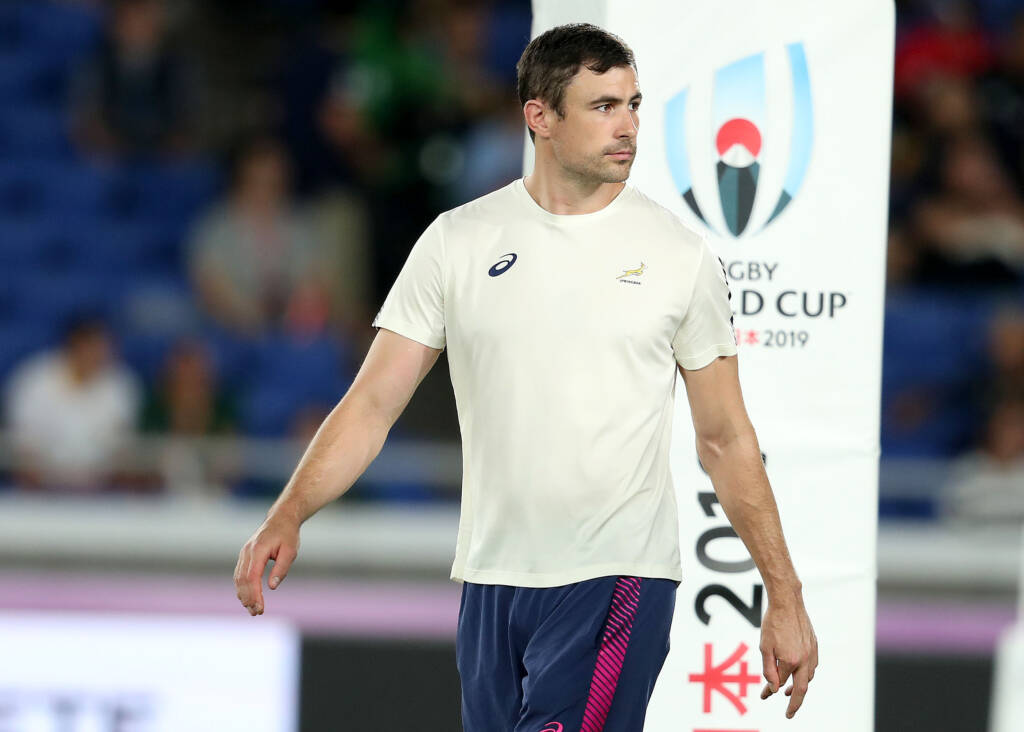 “We are probably seeing it more now.  Irish coaches are valued. There are so many you look at Jerry Flannery, you look at Felix Jones winning a World Cup, there is numerous examples of Irish coaches.  I think that has to be a positive reflection of the work done by the IRFU over the course of the last number of years.  You think about the  work that was started by Steve Aboud and certainly carried on significantly by Matt Wilkie in his time with the IRFU and I would have benefited from input from him specifically, I would have worked with him since my time as Irish schools coach,” said McNamara.

Opportunity to challenge yourself as a coach is a significant driver for McNamara but at the same time he understands that luck and seizing opportunities to improve yourself are vital for aspiring professional coaches.

“I think when you look at going overseas I think you probably have to at some point unless you are unbelievably lucky and let’s say you do get a job coaching a senior team in Ireland – how long does it last? Certainly you look at Ronan O’Gara and Mike Prendergast I think that’s been really positive for both of them and they talk very highly about the experiences that they have gained and the people that they have worked with.

I do think there is recognition that Irish coaches have a lot to offer. There has definitely been a shift and talking to Sean (Everitt) when I initially spoke to him they were specifically looking for someone from the Northern Hemisphere.  But Irish coaches was where they were looking specifically as well because they felt they had tended to make the most of the teams and the players that they coached,” continued McNamara.

McNamara is in the process of finalising visa applications and starting a new chapter in not only his coaching career but in the life of his young family which will take everyone out of their comfort zones.

“I remember talking to Les Kiss (former Ireland defence coach) many years ago.  He was always very good to me and he would have always said you have got to get rid of the safety net.  Writing the resignation letter for the school was a big moment in many ways.

I’ve never set out with the ambition to be a professional coach, it’s never been the be all and end all.  From one perspective it has always been I want to coach and be involved with the teams and being fully immersed in the team so we can be the best we can possibly be.  That has always been my philosophy I suppose but equally I am motivated by challenge, I love the challenge of it all.  That’s the way it’s been for Clongowes, Irish Schools, Leinster teams and so on its always the next challenge.”