Ireland head coach Andy Farrell was a satisfied man following the conclusion of the Vodafone Summer Series at the Aviva Stadium on Saturday evening.

Seven days on from defeating Japan in a high octane encounter at the same venue, Ireland recorded an emphatic 71-10 victory over the USA in front of 6,000 supporters.

The clash with the Eagles was the team’s 13th Test outing since their long-awaited return to action against Italy on October 24 of last year – a delayed 2020 Six Nations Championship fixture.

There have been highs and lows for Farrell and his troops during this period, but a run of five successive wins has made it a positive end to the season for Ireland.

Given there is a strong Irish contingent away with the British & Irish Lions – and others who were rested or out injured – the Wigan native was looking to use this summer window as an opportunity to introduce some new faces to international rugby.

From this point of view, he felt it was mission accomplished, saying: “You’d never think that it was the end of a marathon of a season. For what these lads have been through, where do you start in that regard.

“I just said to them there in the changing rooms, all the staff have mentioned that you’d actually think it was the start of the season the way that they’ve gone about their business. It’s all credit to them.

“There’s a lot of different dynamics that has gone on in the group. New caps is the obvious one. Lads who are getting their first starts, the pressures of that, is another one.

“They’ve thrived in that experience. What I’ve just said to them is, it’s not about coming back in when we meet up again and taking one step back to go forward again.

Whereas Gavin Coombes was the only debutant in the Japan game, no fewer than eight players won their first caps against the USA on Saturday. Farrell was encouraged by their contributions to a convincing home win.

I’m delighted for the new caps. Obviously to be able to do that as a coach is pretty special, but I think – to a man – they all did extremely well and they should be proud of themselves.

“It doesn’t matter whether the scoreline is 71 points or not, the pressure that’s on them regarding their debut is always going to be there.

“They should be unbelievably proud of themselves in how they handled that and came through the other side, and were themselves on the day I thought.”

Nonetheless, Farrell acknowledged – despite what the final score might suggest – that there were moments when it did not quite come off for Ireland.

The home side did not have it all their own way during the early exchanges, but the former England defence coach was pleased with how well his players were able to problem solve on the field of play. 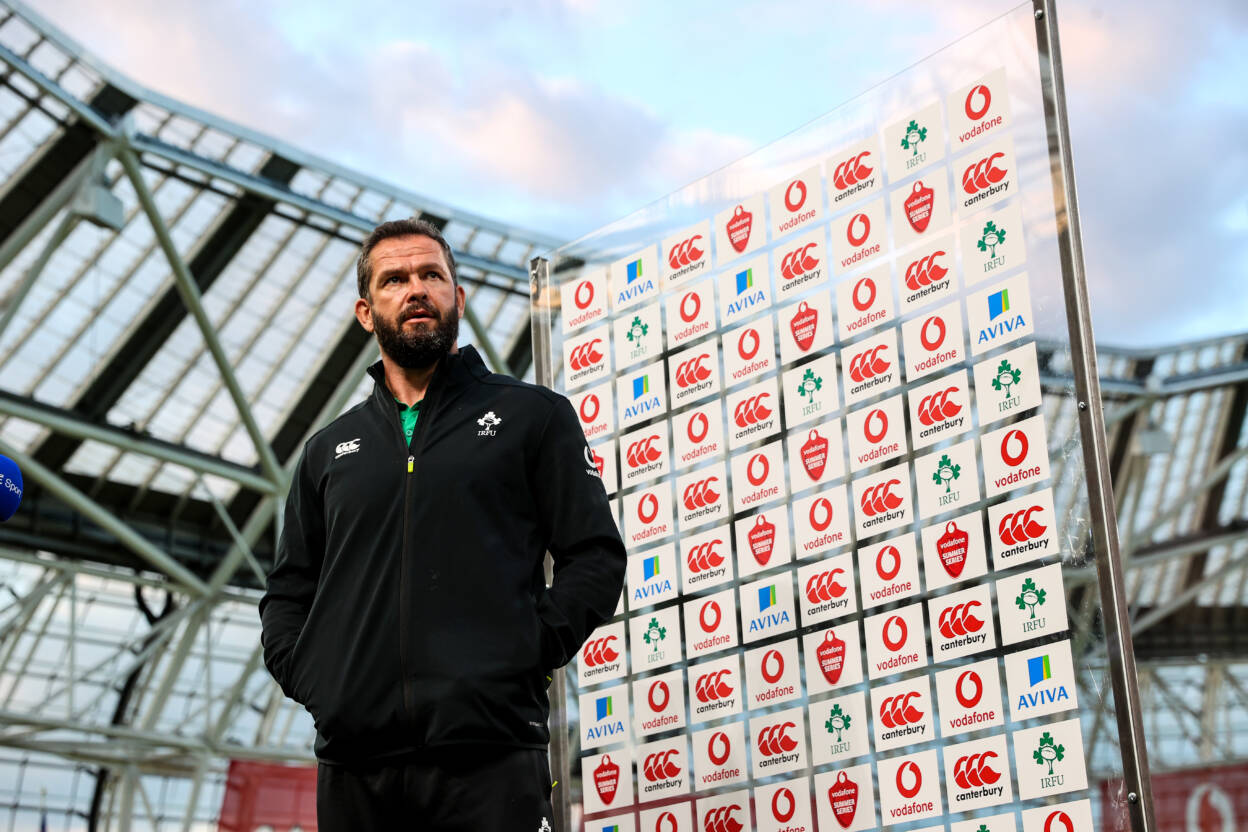 “We were tentative. We were trying to feel our way into the game rather than attacking it. There was a couple of lineouts that went astray, a ball that went out on the full and a couple of sloppy passes,” he noted.

“When you’re going from one negative to another, it tends to even subconsciously just have an effect on the flow of the game.

“Your accuracy or your belief starts to just waver a little bit and the accuracy on the back of that starts to go down, but I was unbelievably pleased with how they gathered themselves and regrouped.

“Got back into the game and not just into the game, how they held it there for long periods. We didn’t become sloppy after that.

“We’ve seen last week (against England) that America can come back into the game and make a game of it if you allow them access. I thought we were pretty good in that regard, of staying on it.” 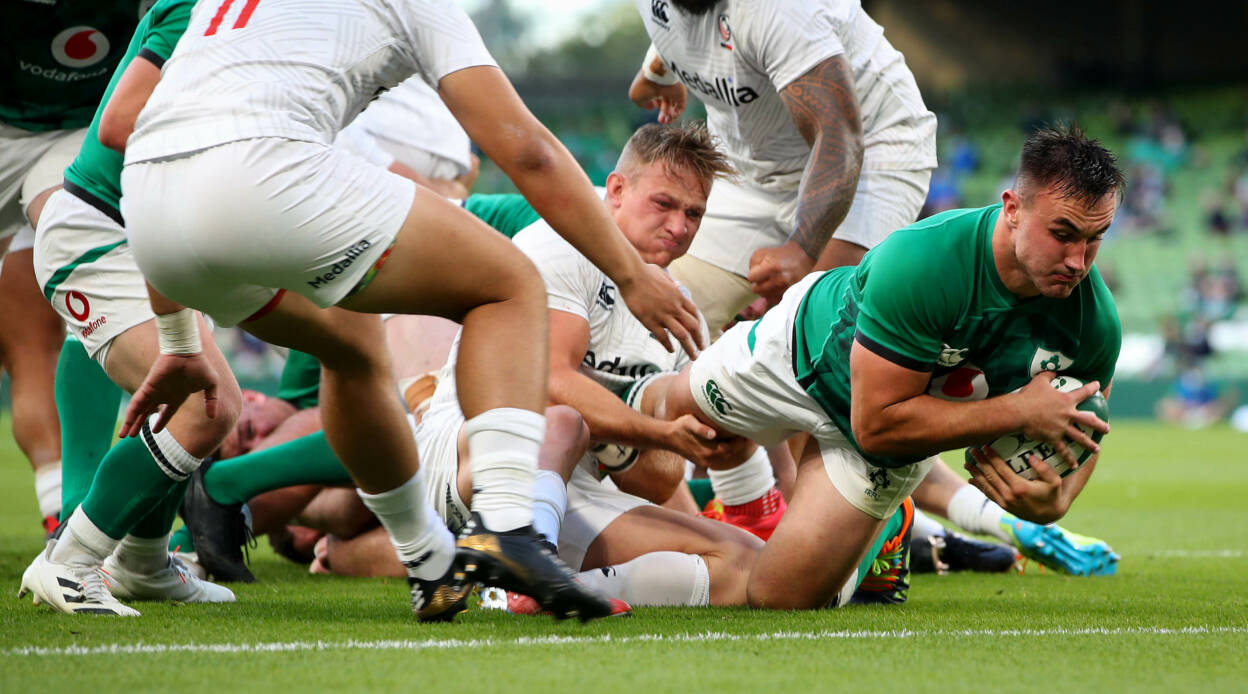 As eye-catching as it was to see him rounding off so many of Ireland’s attacks, Farrell was quick to highlight other aspects of the Dubliner’s play. He added:

Ronan has had one or two starts for us before in big games and we’ve obviously looked at this window and rightly so, because of his form at the end of the season – certainly for Leinster, it was top notch – he deserved to start.

“He’ll be all the better for those experiences. He’s growing, certainly at this level. His set piece is getting better.

“We know how dynamic he is with the ball, but his defence is a lot more aggressive and he’s coming on a treat as a top class hooker.”