Ireland Under-20 head coach Richie Murphy praised his side’s powers of recovery after they turned the tables to secure a hard-fought 30-23 bonus point win over Italy in Cardiff.

The Ireland U-20s (sponsored by PwC) were 23-12 down at half-time after three Azzurrini tries, but talismanic captain Alex Kendellen led the recovery with two tries in the third quarter.

It means Murphy’s young guns are second in the table heading into next week’s final round, with five points to make up on unbeaten England who were resounding 45-3 winners over Wales.

“We had the perfect start by going five points up with the try from a forward drive, but then we lost our way a little bit, made bad decisions, and received a yellow card,” said Murphy afterwards.

“Italy put the pressure on us and we compounded our errors. Going into half-time we were struggling so it was good to get the players in to reinforce some messages.

“It was just about the next moment and we had to concentrate on the task at hand. We had maybe looked to play too much when our drive was going well, so we went back to that and tidied up our exits because we hadn’t exited well in the first half.

“It was a good comeback. Italy are very, very physical and they also play good rugby. They to keep the ball and shift it wide and unfortunately, we slipped off quite a few tackles which gave them confidence and belief.”

Winger Simone Gesi raced away to score Italy’s first try after James Humphreys’ kick was charged down, Tommaso di Bartolomeo crossed for a pushover score, and Leonardo Marin made it three.

Ireland opened the scoring through Eoin de Buitléar – and George Saunderson rumbled over for a second – but the defending champions were not helped by a yellow card for Jude Postlethwaite for a high tackle.

The Kendellen-led team needed to be much improved in the second half and they were. The promising Munster back rower muscled over, Nathan Doak nailed the kick and also booted a penalty. 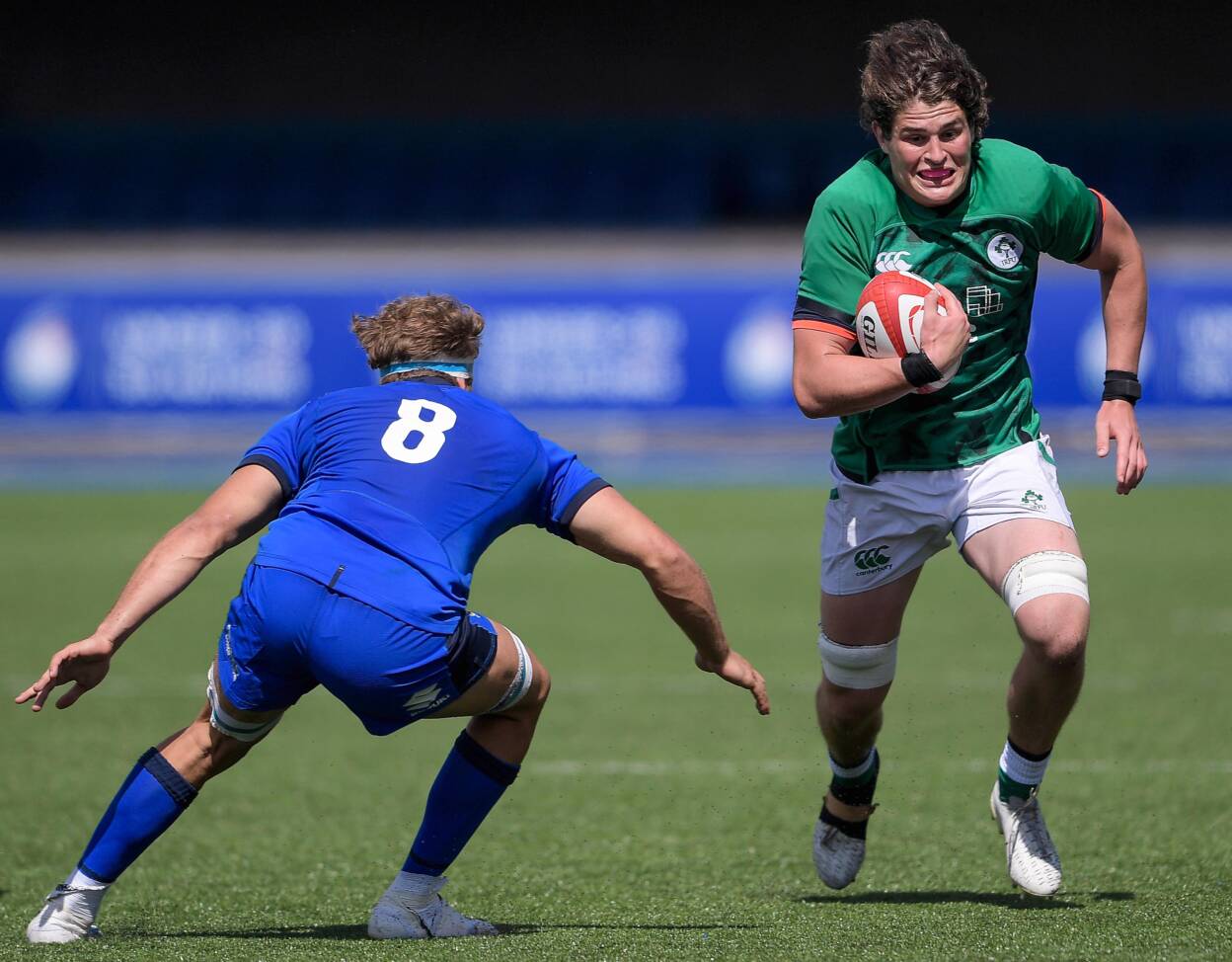 Then, after Italy captain Luca Andreani was yellow carded, Ireland drove over for another through Kendellen, the eventual player-of-the-match.

Marin missed a kickable penalty and the chance to make it a one-score game in the 65th minute, and it proved crucial as Ireland closed things out with three more points from Doak.

Ireland have now won three of their four games, but credit must go to the Italians who produced a fine display here and also hammered Scotland 43-3 last time out.

Murphy rightly praised Kendellen, adding: “The fact is Alex is a very good age group player. There is a big step up to provincial level, but I think he’s definitely a player Munster will have their eye on for the future.

He’s someone who is very talented and a great individual. He’s a lovely person who works hard and bonds this group together in a quiet way.

“He doesn’t shout and scream, but when he does talk, the boys listen. He doesn’t ask others to do something he wouldn’t do himself.”

Murphy continued: “I think England will control who wins the title, but we are still in with a shout. We’ve no injuries from the Italy game which is good and we’ll give it a lash in our last game against France.

“We need to focus on recovering well in the next few days because the boys are hurting after playing four Tests in 18 days.

“France is going to be a tough challenge, but an exciting one. If we go home with four wins from five games, it would be a job well done.” 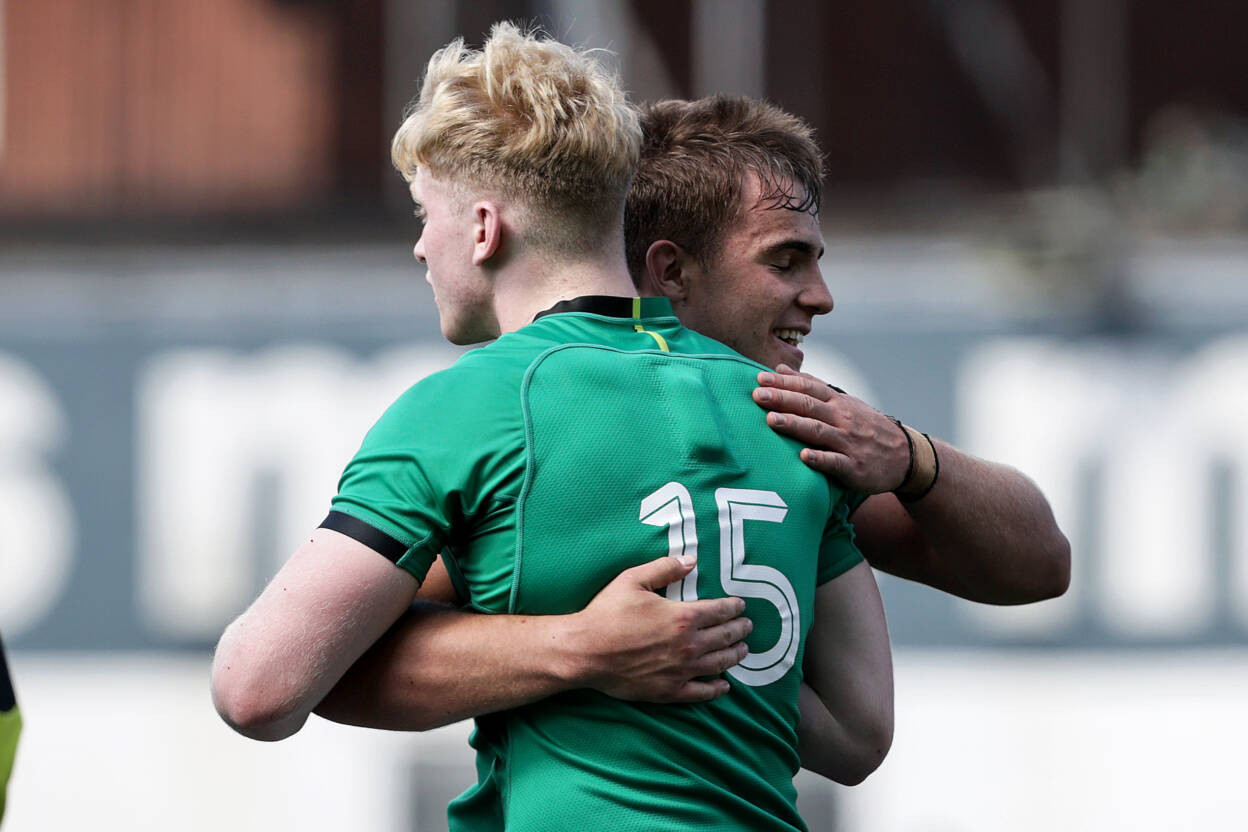 Kendellen, who showed his versatility by starting at openside and switching back to number 8, admitted his team had been given a tough challenge by Italy.

“It was tough. We knew what Italy would bring which is physicality up front and the ability to whip it out the back when they needed to,” he said.

It was a very attritional game and credit to Italy because they really put it up to us today. We knew we didn’t come out in the first 40.

“The coaches brought us in at half-time and they told us just to stick to the process and that nothing changes.

“We knew Italy would start to fade away and we could capitalise on that. I think we did that very well. I was gassed after the first five minutes.

“Italy had some special players out there and it was a really fun game to play. We’ll enjoy this win and take the day off before looking ahead to France and the last game which we’re looking forward to.”