Ireland head coach Andy Farrell says the biggest challenge for his side in the upcoming Vodafone Summer Series will be to hit the ground running in their opening match against Japan.

Just under four months on from the end of the Guinness Six Nations, Ireland will face the Brave Blossoms at the Aviva Stadium on Saturday, July 3. A week later, the USA come to town.

The first game in any international window is often the trickiest and Farrell acknowledged his charges need to be aware of this.

“The biggest challenge for us when we come together and this is for every northern Hemisphere team, is to get up to speed as soon as you possibly can,” he explained.

“We lost our first game (in the Six Nations), albeit with a red card. You can make any excuse you want, you still lost the first game. Coming into that game, it’s always going to be the same with the Six Nations.

“It’s always going to be the same with the autumn Tests, going to New Zealand. You’re only ever going to get 10 or 12 days to prepare.

“Some of these new lads who are coming in and it’s lads that have had this experience before, like Caelan Doris and Will Connors coming in, and finding just how difficult it is to get up to speed as soon as you possibly can.

“To be at your best in the first game is the most important thing because Japan have been together for five or six weeks. They’ve played a game at the weekend (against the Sunwolves) in which they’ve been pretty good, organised and cohesive.

“They’ve come over here (Europe) for a massive game against the Lions and then they come to us. They’re going to be absolutely brimming.

“We’ll have twelve days to prepare, but that’s the world that we live in. We’ve got to be at our best.

“For those lads that are coming in, who are new to the environment or are stepping up in the senior role, they’ve got to deliver. This is the time because that’s the world that we live in from an Irish rugby point of view.” 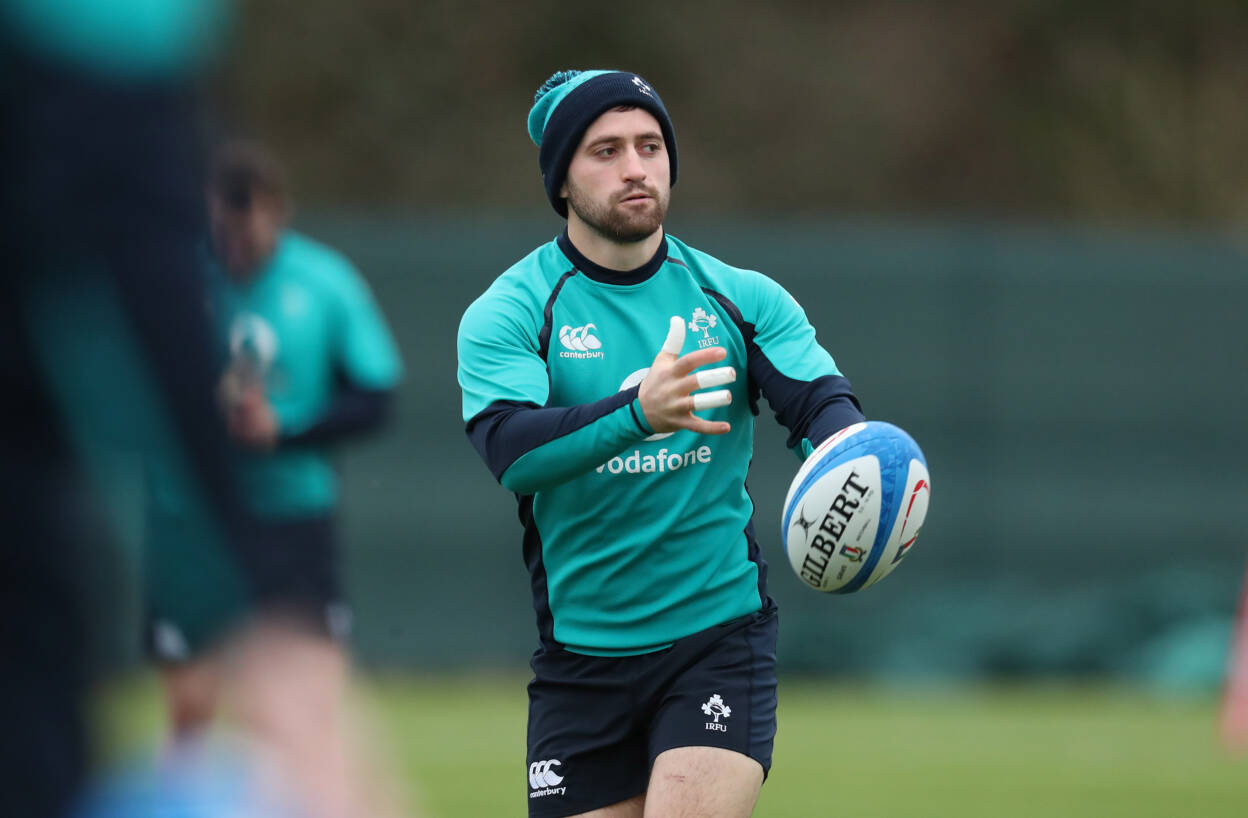 At 27 and 22 years of age respectively, half-backs Caolin Blade and Harry Byrne are amongst the 11 uncapped players that have been selected in Ireland’s squad for the summer Tests.

Both players have sampled life in an international camp before and Farrell believes they have the necessary attributes to make an impact in the green jersey.

I like his (Blade’s) all-round skill set. On top of all that, his pass is good, he’s quick. His scanning is good when he gets to the breakdown. He plays both sides of the ruck. He’s aggressive.

“He’s got a bit of attitude that you like as well. His kicking game is good. You saw in the last game (Connacht against the Ospreys), he has a left foot, he has a right foot.

“Whether it be a little grass ball on the floor, whether it be in the air, he’s done really well. It is unbelievably competitive (at scrum half), but he warrants his chance.

“Harry, again his skill set. He plays really quick, he flows in both sides. He’s able to play what’s in front of him. He takes the ball to the line. His distribution and his speed of pass is very good.

“He’s also great for taking people on as well. He has an array of an attacking kicking game because his vision is very good as well.”

With the exception of last November’s Autumn Nations Cup opener against Wales, CJ Stander has been ever-present in the Ireland back row under Farrell, who has been in charge for 14 Tests to date.

The retirement of the Munster stalwart will of course be keenly felt, but it does present an opportunity for someone to step into his shoes. 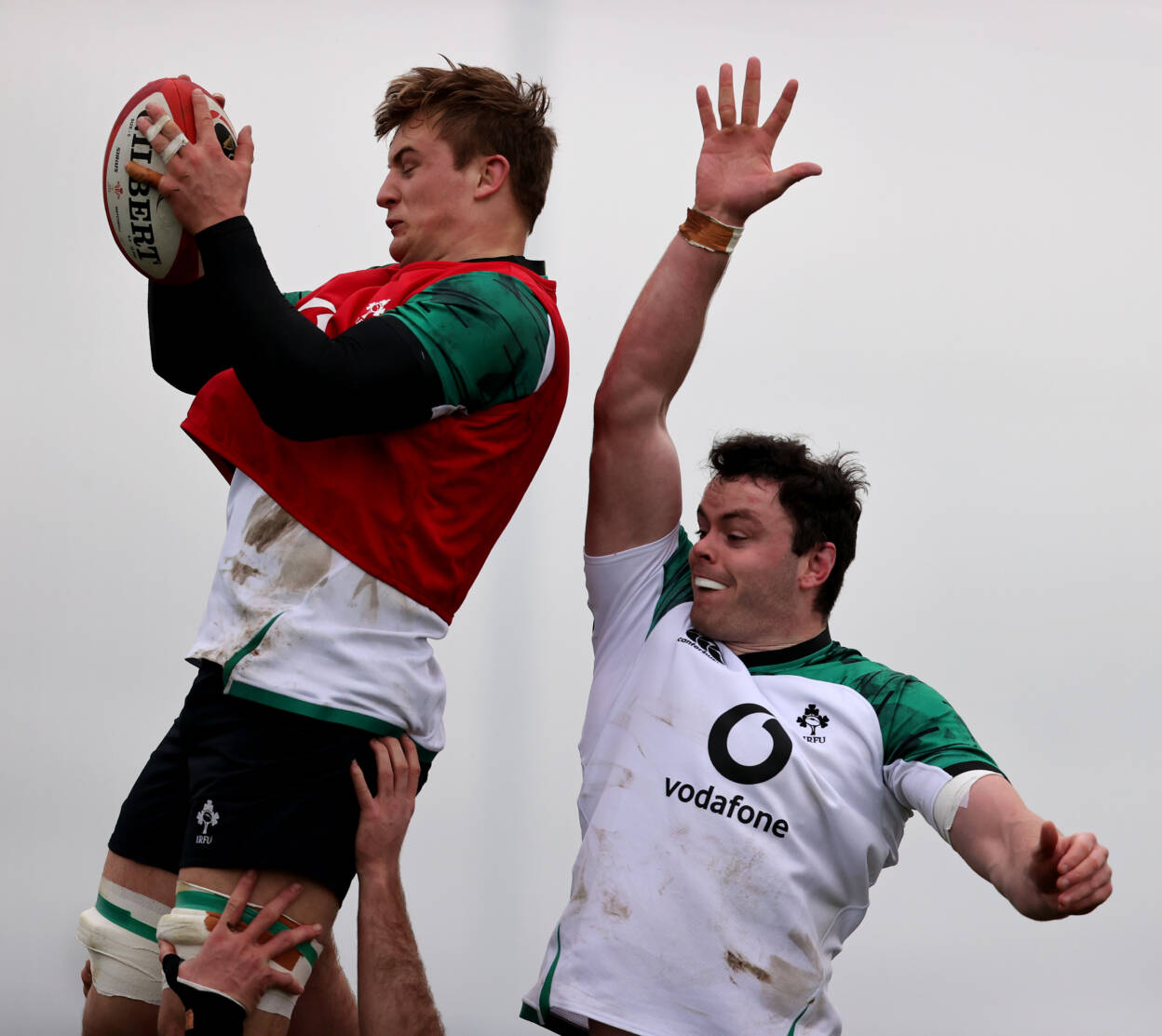 While a number of players in the squad for the Vodafone Summer Series are capable of doing so, Farrell acknowledged that several others who will not feature over the next two matches will also be in the mix.

There is an opportunity for someone to make a name for themselves and stake a claim. I think Caelan (Doris) has certainly started that and he had a great game coming back into some good form, after being out for quite some time, the other night at the RDS (for Leinster).

“Gavin Coombes is obviously doing really well and we’ll see who can step up consistently well to be able to deal with the pressures of international rugby.

“I think you’d agree we’re pretty lucky in that area. When you look at Dan Leavy, he used to come in there as well. Hopefully he gets picked very soon.

“Will Connors, who has made great strides with us over the last two years. Then the lads who are getting their chance. Paul Boyle, who is coming into it. He’s had a great season with Connacht.

“I think he’s going to really relish coming into this type of pressured environment as well. You look at people like Nick Timoney, who has been making break after break, poach after poach.

“Even someone like Scott Penny, who was excellent at the weekend (for Leinster) and misses out. There’s some real good talent in and around that back row area,” he added.