Hannah Tyrrell and Katie Fitzhenry have today announced their respective retirements from international rugby, bringing the curtain down on the pair’s period of sterling service and unrelenting commitment to the green jersey across the Ireland Women’s programme.

Both players have been ever-present and influential figures in the Ireland Women’s Sevens squad from their debuts in 2014, and their outstanding contributions extended across both codes, with Tyrrell and Fitzhenry both also featuring heavily for Adam Griggs‘ Ireland in recent years.

In the XVs format, Tyrrell was a member of Ireland’s squad for the 2017 Women’s World Cup on home soil and won 20 caps, the latest of which came in the Six Nations victory over Italy at Energia Park last month.

During her time in the green jersey, Fitzhenry played 79 World Sevens Series games and won 13 XVs caps, having also been part of the 2017 Women’s World Cup squad. The 32-year-old will formally retire from international rugby in July, ending a nine-year stay in the Ireland Women’s programme.

Both Tyrrell and Fitzhenry were members of Ireland’s 2015 Six Nations-winning squad and commenting on their contributions to the green jersey, Eddy, the IRFU Director of Sevens and Women’s Rugby, said: “I would like to thank Hannah and Katie for their outstanding contribution to the IRFU Women’s programme over the past seven-plus years. 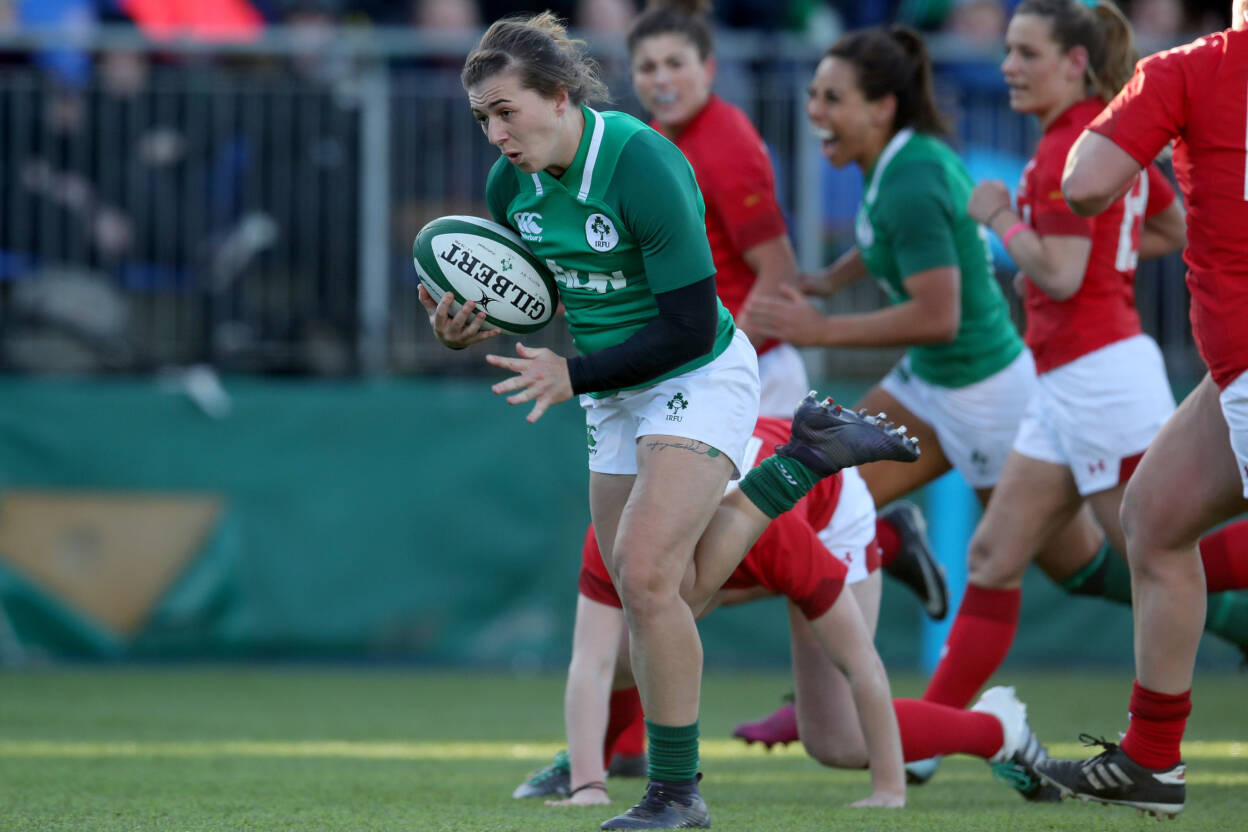 “They have been very important players for the programme and have managed to mentor and look after some of the younger players that have developed in recent years. Both players have enjoyed many good times and endured challenges and always represented themselves, the team and the Union with the utmost respect and dignity. I am sure they will continue to contribute to women’s rugby and the IRFU in the future and I wish them all the best for their future endeavours.”

“It has been an absolute privilege to wear the green jersey and I will cherish the memories and friendships made throughout my career with Ireland. I will be fully behind Adam and the team on their journey to qualify for next year’s World Cup in New Zealand, and I will always remain their biggest supporter.”

On her international retirement, Fitzhenry said: “I’ve been lucky to put on the green jersey for the last seven years across both the Sevens and XVs formats, and to witness Irish women’s rugby and the programme grow into what it is today has been a privilege. I’m confident in the girls and the programme to now bring the sport to bigger and better places in this country and I’m very excited to support from the stands.”

Ireland Head Coach Griggs added: “It will be sad to see both Hannah and Katie retire from international rugby. The last year has thrown up a lot of challenges and it is understandable that they are looking forward to the next chapter of their lives. They have been a huge part of driving the high standards on and off the field and we wish them well for the future.”