A group of 37 players participated in the camp as preparations for the postponed 2021 U20 Six Nations Championships begin to take shape.

Ireland U20 Head Coach Murphy said: “This camp has been all about bringing the group back together. Last week we had guys from outside of the Academies so now we have combined the group. It’s probably the first time we have had closer to what will travel to the Six Nations with. The guys have come in and mixed in really well and we are just trying get them used to our calls and get a feel for how we want to play the game.

“The coaching group is finalised. Cullie Tucker is going to do the Forwards for us and we were very lucky to get him back in, obviously he is going to a role in Connacht Rugby next year with the senior team and Denis Leamy is in and he is going to do Defence and I’ll pick up the other bits.

“The guys are obviously going into a difficult time in relation to their studies so most will be doing their exams between now and the middle of May. So we will bring them back in after the middle of May for a series of four-day camps and we are hoping to play a couple of games leading into getting ready for that tournament.” 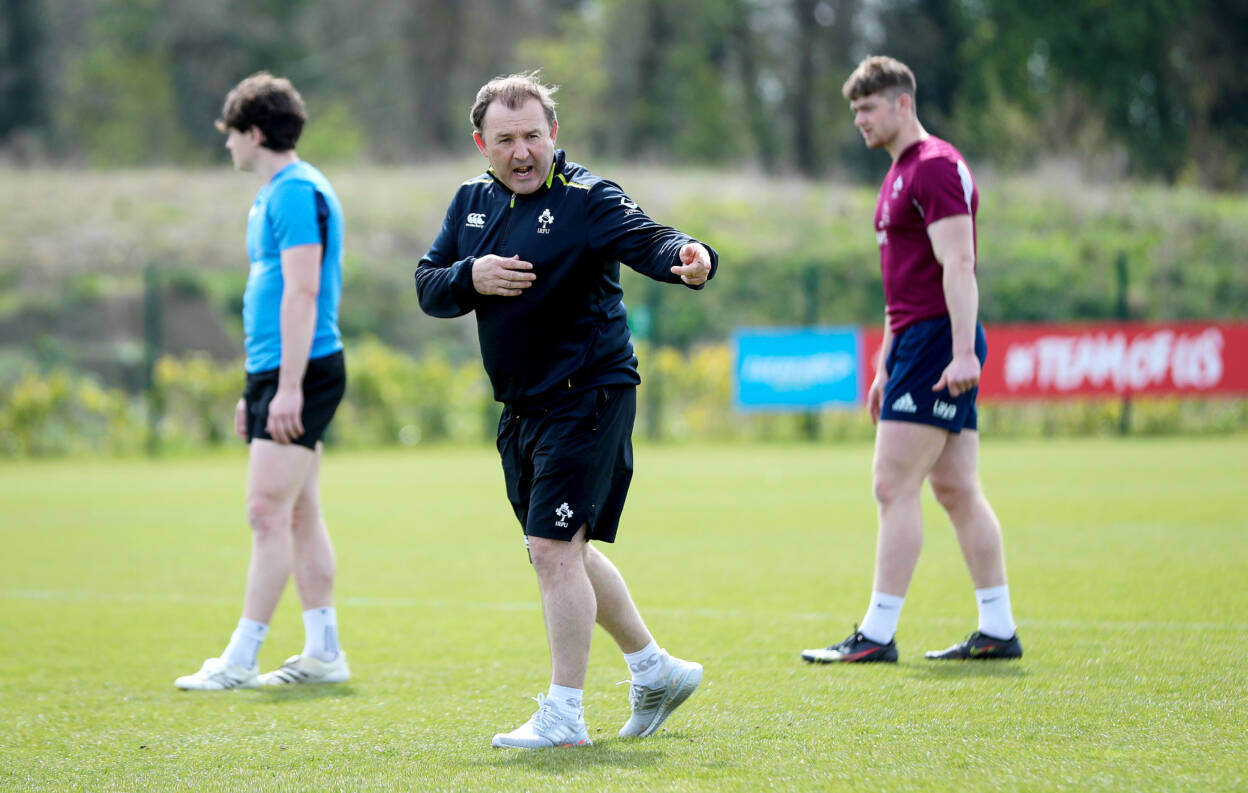 Ireland U20s Defence Coach Denis Leamy said: “It has been a very challenging year with everything that has gone on but the players have applied themselves really well. You have the Academy players who are in with the Provincial sides and they’ve have had a number of A games and some guys had experience with the Seniors over the last number of months so that has been really good. Others have been working remotely and have been working with the IRFU fitness teams, nutritionists and rugby coaches and it’s all coming together very very nicely. It has been challenging but we are getting there.”

“The biggest challenge so far has obviously been what Covid has done to everything and players training remotely but it’s also a massive opportunity and there is huge excitement in the group just to be playing rugby, to be mixing again around national squads who they wouldn’t have been around for the past 18 months. It is definitely a challenge but I try to see it as a brilliant opportunity to play in a huge international tournament.”

“I’m looking forward to this Championship and I can’t wait to get my teeth into it but I’ll get a couple of weeks off after it and then really get into the nitty gritty with Connacht. I’m really pleased and thankful to be moving on in the professional ranks.  Thankful to Connacht and the IRFU for providing the opportunity along with Andy Friend and the coaching staff so at the moment I can just see a really exciting time in my future, a lot of hard work to come but I can’t wait to get into it.”