The Ireland Men’s and Women’s Sevens squads will make an eagerly-anticipated return to international action next weekend when they take part in the International Rugby 7s in England.

The three-day tournament is being hosted by GB Sevens and will take place between 15-17 May at the Football Association’s National Training Centre at St George’s Park.

A return to competition rugby is a welcome boost for the Ireland squads and an important building block as they gear up towards a busy summer schedule. 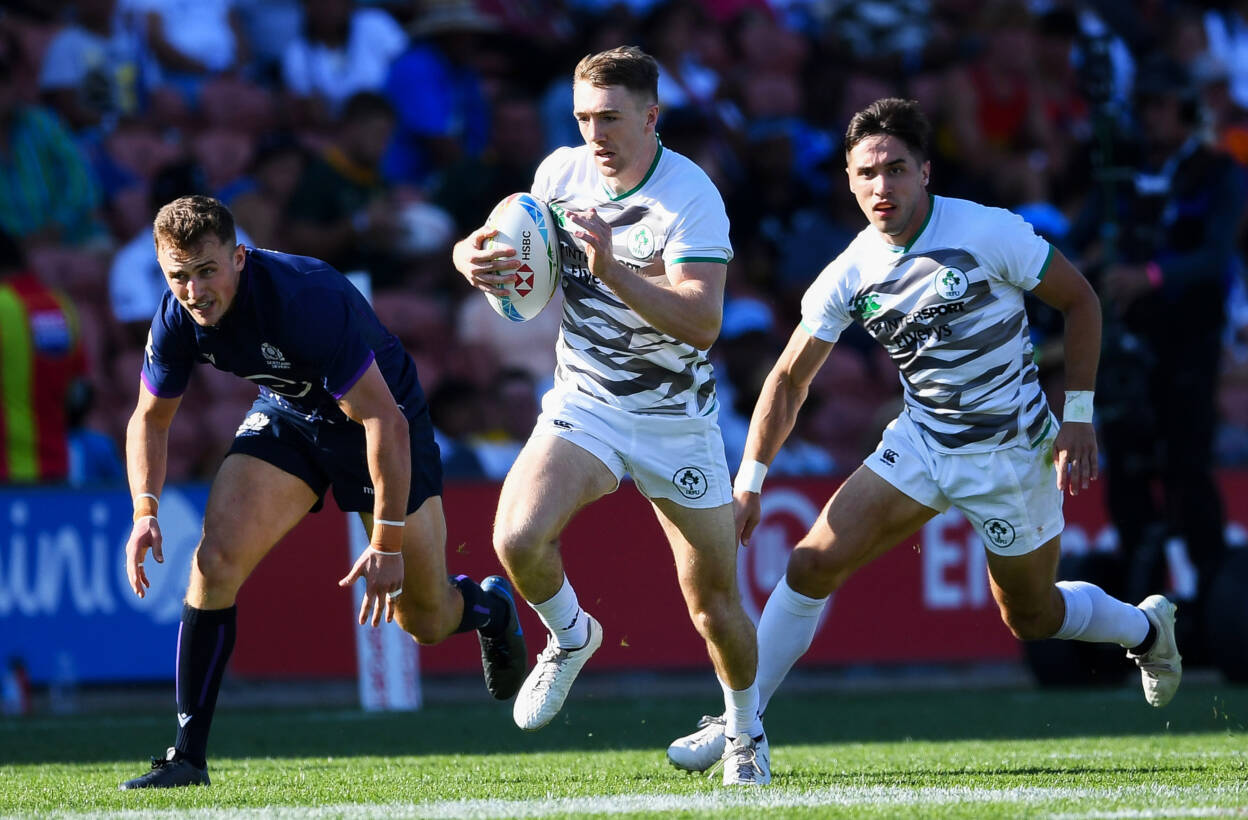 Ireland are set to return to International Sevens action from 15-17 May. ©INPHO/Andrew Cornaga

Ireland Men – who are preparing for June’s World Rugby Sevens Repechage, the final qualification event for the Tokyo Olympic Games – will be joined at the International Rugby 7s by hosts Great Britain and USA, while on the Women’s side, Ireland will face Great Britain and France.

The unique format will see two games for each side per day, with points to be gained towards the final standings throughout the three days. The tournament will be played behind-closed-doors and there will be a live stream on England Rugby channels.

IRFU Director of Women’s and Sevens Rugby, Anthony Eddy, welcomed today’s announcement of the tournament schedule and said both Ireland squads are relishing the prospect of international competition again.

“We are really looking forward to getting back to international competition and actually play some matches,” he said.

“This tournament provides a great opportunity to build towards the summer ahead and it is great preparation for the Men’s team leading into Monaco and the Olympic Repechage Tournament in June. Both our Men’s and Women’’s teams will be exposed to some quality opposition throughout the tournament and the competition should be intense.

“We are very grateful for the opportunity and thankful for all the work that has taken place behind the scenes to allow us to participate in the tournament.”

The Ireland Men’s and Women’s Sevens squads for the International Rugby 7s tournament will be named early next week.