Following a convincing 45-0 bonus point victory over Wales in their opening Pool B game, Ireland were on the receiving end of a 56-15 home loss to the French.

Having had mixed form to date in this year’s shortened Championship, Griggs knows how important it would be to end their campaign on a high.

“We’re targeting a victory. We’ve looked at the last couple of games we’ve played against Italy, they beat us on their home patch and last October we beat them,” said, Griggs speaking during today’s remote press conference.

“The way we see this, it sets it up nicely to see what our standards are and what our level is going into the summer and into the (Rugby) World Cup qualifiers.

“Obviously Italy will be an opposition (team) for us that we’ll have to come across. It’s a good weekend for us to really see where we’re at.”

While the main ambition for 2021 will be securing a place in next year’s rescheduled World Cup tournament in New Zealand, the same is true for Ireland’s opponents this weekend.

The Italians are also set to compete in the European qualifier series for the World Cup later this year, and Griggs acknowledged this adds an extra layer to an already exciting fixture.

I think it kind of goes hand-in-hand for us. We definitely want a performance and we believe that if we can perform as well as we know we can, we’ll get the result.

“Obviously that leaves a marker going into the summer. I think they go hand-in-hand at the moment. We’re excited by it and we want to make sure we finish on a high.”

Six Nations runners-up as recently as 2019, Italy sent out a reminder of their quality by beating Scotland 41-20 in Glasgow last Saturday. Having already faced them on three separate occasions as Ireland boss, Griggs was not the least bit surprised to see the Azzurre coming away with a win last week.

“We thought looking at Italy’s performance against England, while they didn’t quite show on the scoreboard, they had some really bright patches in their game against a very strong England side.

“I thought that they would certainly bring it to Scotland and once I saw that final result, it wasn’t too surprising to be honest,” admitted the New Zealander.

While disappointment still lingers for Griggs and his squad from their eight-try reversal against France, he believes that a third place finish would make for a solid Six Nations overall. 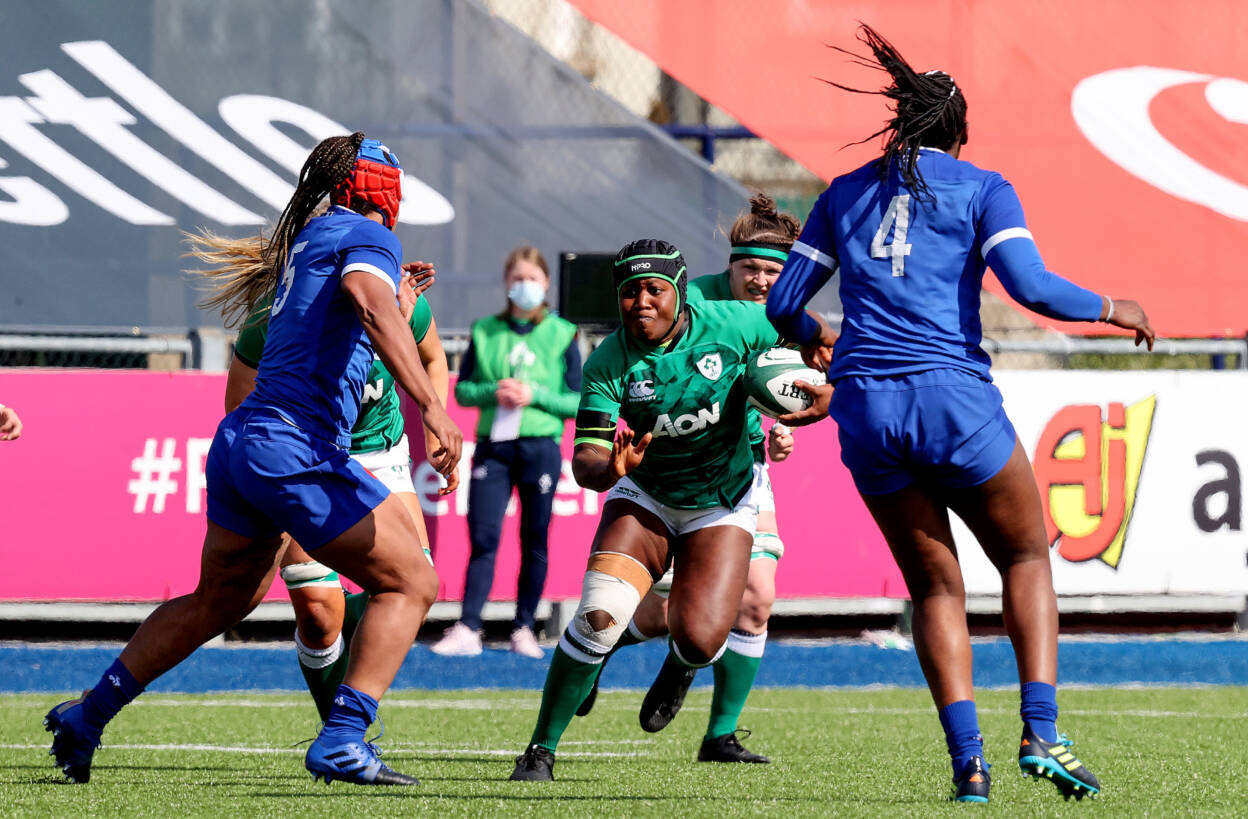 “You’ve got to look at it and if we can manage to perform this weekend and get that third place, we’ve won two from three games.

“Albeit France is a different kettle of fish, we know that performance-wise. That should lend itself to a result and you can’t ask for much more than two from three.”

Although England and France are generally accepted to be the best two teams in the tournament, Griggs feels his charges could have been a lot closer to the latter at Energia Park last Saturday.

He believes some of the mistakes made by Ireland on the day were self-inflicted and is hopeful this can be addressed in the build-up to the Championship’s much-anticipated ‘Super Saturday’.

I’ve obviously reviewed the game a couple of times now and in terms of our performance, like every coach and group, we analyse France.

“We set targets and markers where we thought we could exploit them and we weren’t on our game. We didn’t use the actions that we had spoken about that we thought could put them under pressure.

“Not saying that the result could have changed that, but we certainly didn’t do ourselves any favours as a collective. That’s something we’ve got to target this week to improve on.

“We do our due diligence with our reviews and our previews of opposition, and it’s just about putting that on the field into a performance.”

One of the brightest individual displays in a green jersey last weekend came from Sevens convert Stacey Flood. On just her second 15s international appearance, Flood replaced Hannah Tyrrell at out-half in the second half and was a bright spark in possession for the hosts. 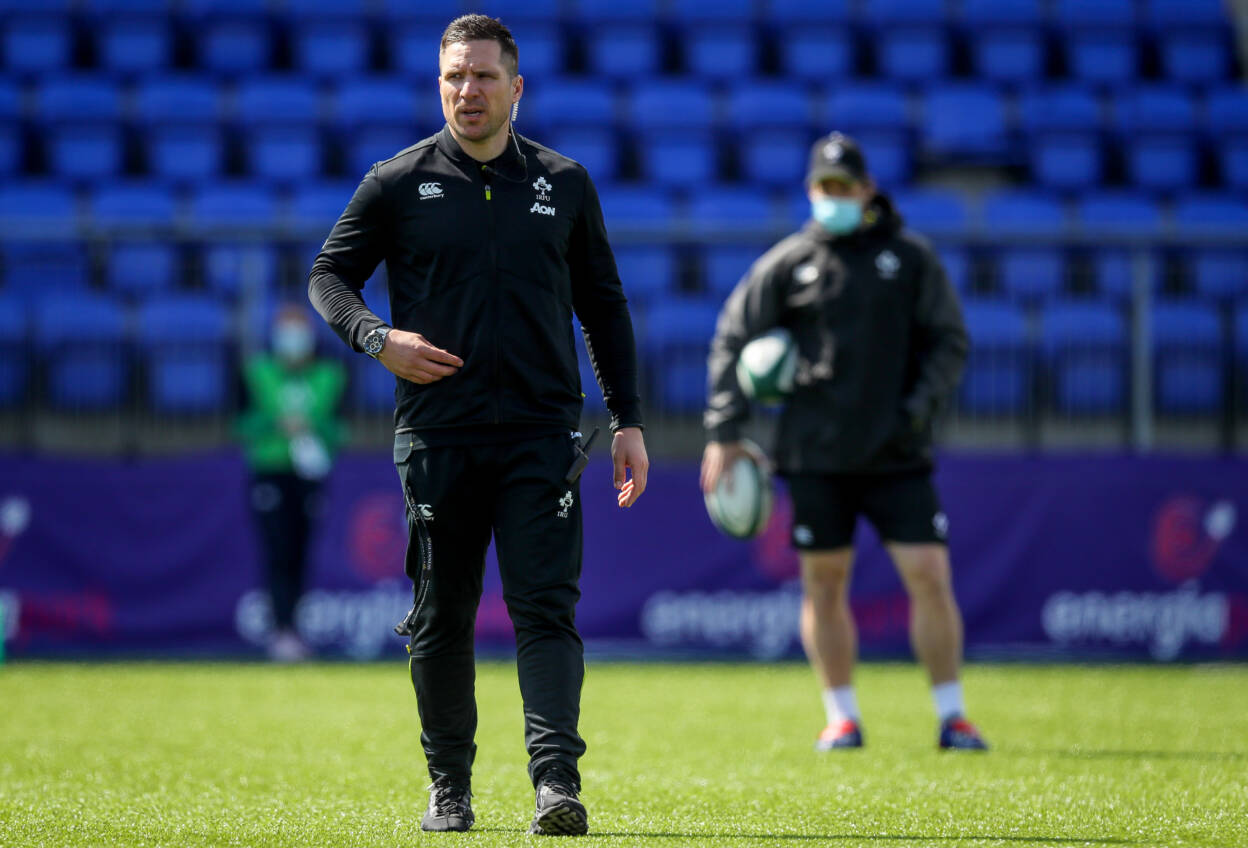 She kicked a brilliant conversion of Emma Hooban’s closing try and combined to good effect with fellow replacement Emily Lane at half-back. Griggs has also worked with the Dubliner in the Sevens set-up and is confident she can develop further at this level.

“Stacey is obviously a proven performer on the Sevens series. What we like about her is the way that she can see the game. She’s got a really good rugby IQ, she’s been playing it for a long time at a high level,” he explained.

“The last couple of performances from her have been top-notch, coming off the bench and adding impact, which we’ve asked her to do.

“What we like about her is she plays heads up rugby and she’s starting to learn more and more that in the 15s game, there is still a framework that we can work off, but it still allows for her to express herself and show some of that talent she has.”