Ireland Sevens international Amee-Leigh Murphy Crowe is in line for her debut cap having been named on the replacements bench, while hooker Emma Hooban also comes into the Match Day 23 in the second change from last weekend’s victory over Wales in Cardiff.

Otherwise, Griggs has rewarded the starting XV who performed so impressively in Cardiff by maintaining consistency in selection, as Ireland return to Energia Park for their first home game of the 2021 Championship.

Ciara Griffin once again captains the side from the back row, where she is joined by Dorothy Wall and Claire Molloy. Ireland’s set-piece provided a strong platform for Griggs’ side against Wales and the front row of Lindsay Peat, Cliodhna Moloney and Linda Djougang remains unchanged. Aoife McDermott and Nichola Fryday complete the pack.

Ulster scrum-half Kathryn Dane continues her half-back partnership Hannah Tyrrell, who was named Player of the Match in Cardiff, while Sene Naoupu and Eve Higgins are retained in the Ireland midfield.

The back three of Beibhinn Parsons, Lauren Delany and Eimear Considine provide Ireland with a dangerous attacking threat from the backfield, as evidenced against Wales. Parsons was named Player of the Round for her try-scoring exploits, with the 19-year-old’s first score against the Welsh voted Try of the Round.

Murphy Crowe – who has starred for Ireland on the HSBC World Rugby Sevens Series in recent years, scoring 98 tries in just 131 World Series matches – comes onto the bench to provide exciting backline cover, with hooker Hooban also set for her first involvement of the 2021 Championship. 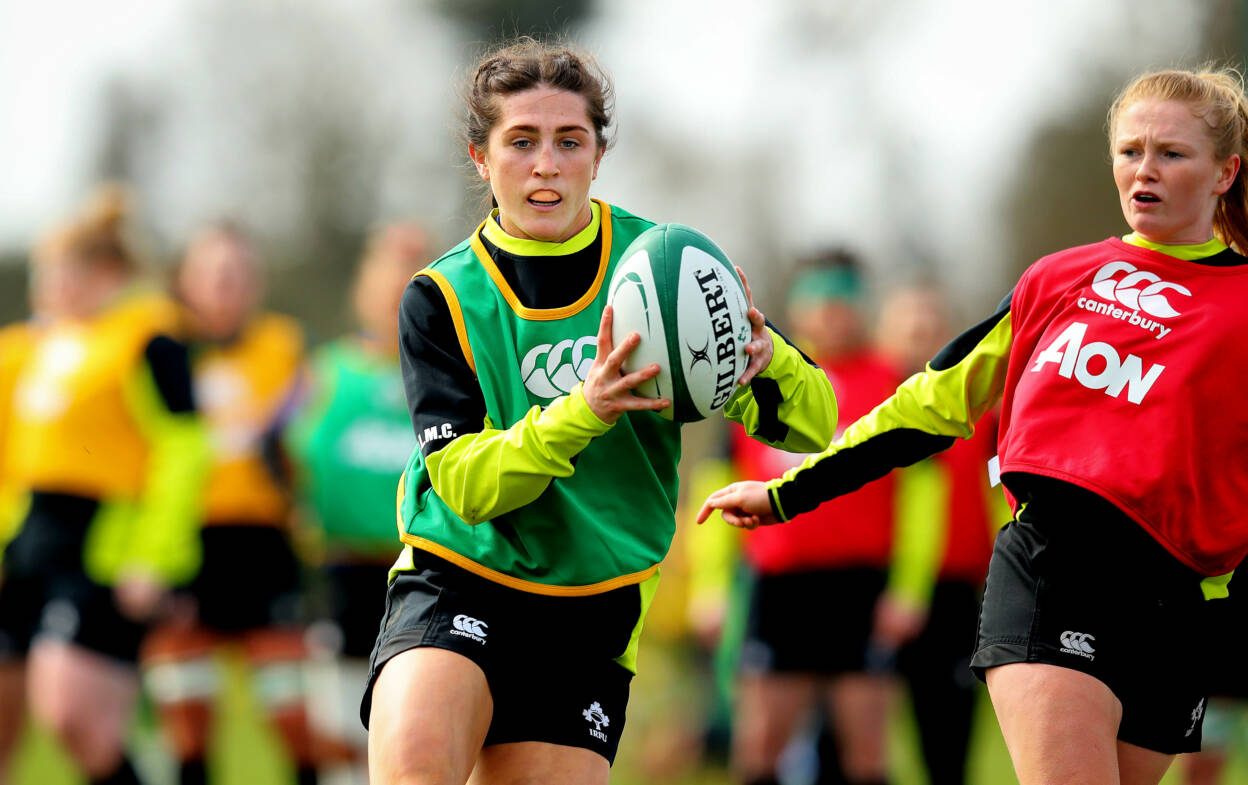 The duo will provide reinforcements for Griggs alongside Katie O’Dwyer, Laura Feely, Brittany Hogan, Hannah O’Connor, Emily Lane and Stacey Flood, who all added excellent impact off the bench last time out.

Commenting ahead of the game, Head Coach Griggs said: “We were happy with the result against Wales. We set ourselves a goal of starting this competition off with a win so to achieve that in the manner we did was pleasing. Once we analysed the game and reviewed areas we know we can improve on, we turned our attention to this weekend’s game quickly.

“We know France will be another step up in terms of intensity and physicality and have quality players across the park. We have spoken a lot in this group about testing ourselves against world class opposition, Ultimately, we have to stay focused on improving our own game with each performance so to play the fourth ranked team in the world will give us a great indication of where we are currently at.”

Ireland’s second game of the 2021 Women’s Six Nations is live on RTÉ 2 and the RTÉ Player in the Republic of Ireland, while there is coverage on the BBC iPlayer and BBC Sport Website for supporters in the UK.