They say practice makes perfect. From Lauren Delany’s perspective, this is something the Ireland Women managed to largely pull off at Cardiff Arms Park last Saturday.

While acknowledging it was not a flawless team performance, the Dubliner was more than content to come away with a 45-0 bonus point win over Wales in their opening game of the restructured Six Nations.

Since overcoming the challenge of Italy at Energia Park last October – in their fourth and final outing of last year’s Championship – Ireland have been heavily reliant on training camps to maintain their sharpness and fitness levels.

Roughly 20 training camps and three times as many pitch sessions ensured Adam Griggs’ side had ample time to consider their approach to playing the Welsh. Delany was satisfied with what they managed to deliver on the day.

“A long old wait, a long since six months since our last game at the end of last year,” said the back-three specialist. “For some of the girls an even longer wait of twelve months.

“There was a big anticipation and a lot of focus on us and our game-plan. Not too much on Wales, just about our performance in particular. It really showed on the pitch.

“A really confident performance and we really put into practice a lot of what we’ve been focusing on over the last few months. 20 or 21 camps I think we’ve had, which is more than we’ve ever had as a squad in a six-to-twelve month period.

“I think it really showed out there on the pitch. In terms of our cohesiveness and certainly some of our plays. In terms of how we retained the ball as well and built up a number of phases. Really confident performance, but definitely a good few areas we can still improve on.” 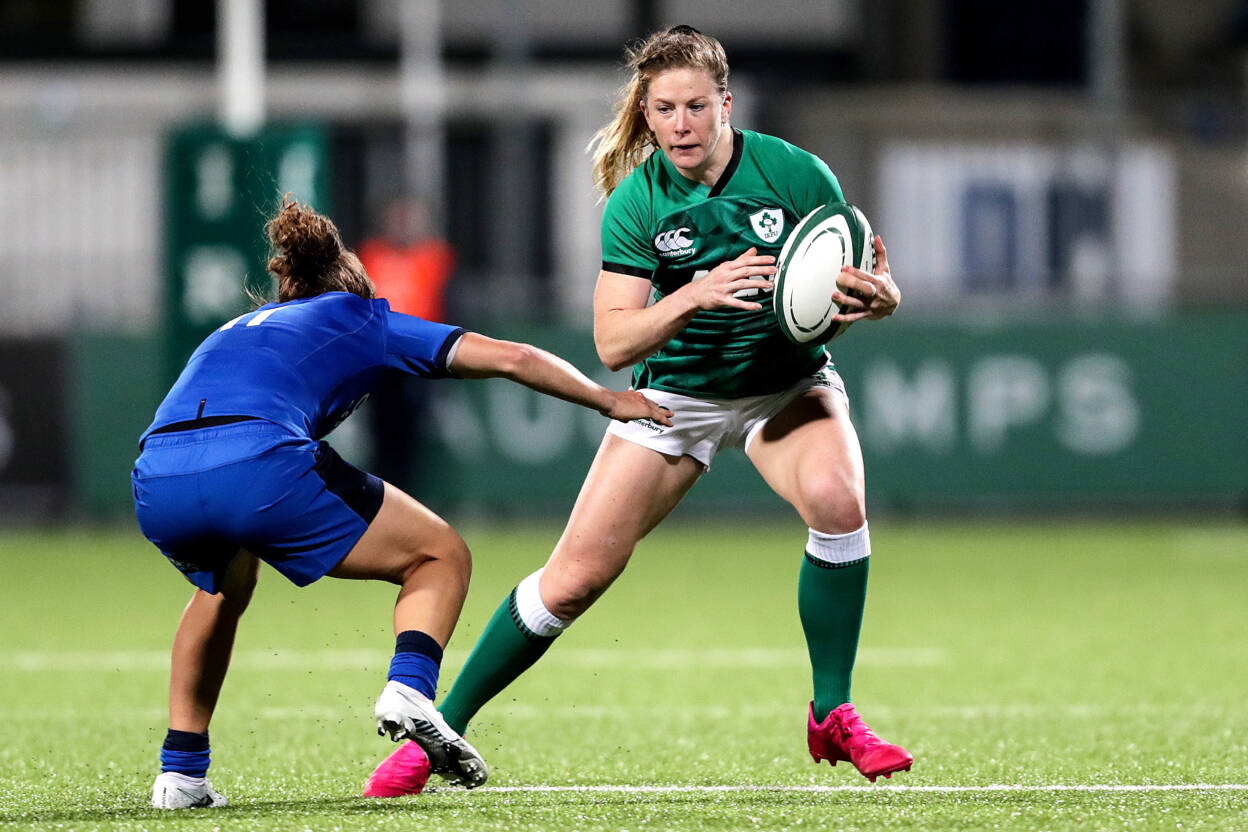 Selected on the right wing for the third time in four Tests, Delany found herself in a back-three alongside Eimear Considine and Beibhinn Parsons. The latter pair came away with a brace of tries each – all of them coming during an explosive first quarter from Ireland.

For Delany, both of these players are symbolic of an exciting development that is happening within the Irish back-line, where pace and power is in plentiful supply.

I think if you look at the squad we have, we’ve a huge range of not only ages, but players in the 15s and the Sevens as well. We do have a good range of speedsters on the team.

“Whether it’s Beibhinn or on the broader squad, Amee-Leigh Murphy Crowe from the Sevens as well. Then you’ve got a few more ball players, the likes of Eimear.

“It’s a really exciting time to be in that back-three and again, you’ve got the likes of Sene (Naoupu), and Hannah Tyrrell in your half-backs as well. It’s an exciting time.

“I think we can really bring it to France (this weekend) and I think we can put an even better performance out there. In comparison to last week.”

A performance nutritionist with Super League outfit Leeds Rhinos, Delany currently plays her club rugby with Sale Sharks in the Allianz Premier 15s. She previously lined out with Firwood Waterloo in the same competition.

Aside from the fact that the former underage basketball international has seen regular pitch time during the pandemic, the standard of fare on offer in England has helped her to develop her own game over time.

“It has been great playing with Sale over the last year and joining a new club. Again playing at a really high standard in the Allianz Premier 15s,” admitted the 31-year-old.

“I think obviously playing against a lot of top quality international players, I’ve certainly learnt a lot tactically and technically, that I can bring into the squad and all the girls that are based over here. I think that’s only another good addition that we have to the squad.

“Players playing in different countries and adding different elements to the Irish set-up as a whole. They ask quite a lot of questions about how we play against other international players.

“It brings a really good dynamic and again, I’ve been very privileged and lucky to continue to play rugby every week over here. Hopefully that will add to my development and my role within the squad too.” 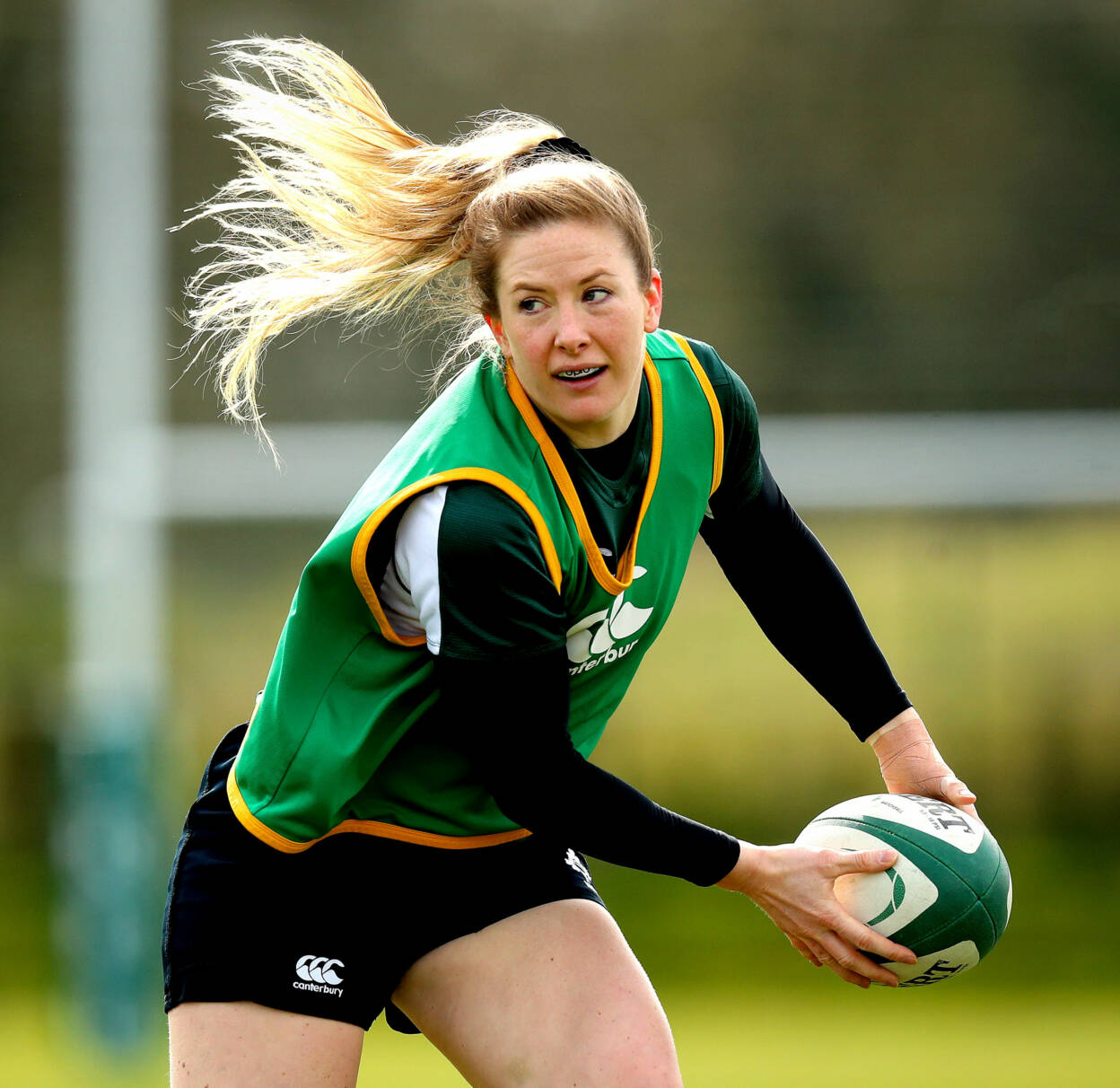 Having beaten Wales (twice), Scotland and Italy since the start of 2020, the next step on the ladder for Ireland will be to show England and France how much they have progressed as a collective.

The Ireland Women have enjoyed success against the tournament’s big-two in the past, most notably in that unforgettable Grand Slam year of 2013.

Saturday’s Pool B encounter with France will be a good barometer of where Griggs’ charges are in their development cycle, but Delany believes their victory in the Welsh capital can be a sign of things to come. She added:

I think last week we laid really good foundations. We definitely put in that performance that we wanted to start off our campaign, but we recognise we’re on a journey and every team will bring different challenges and a different dynamic.

“Again, coming back to that adaptability from the last year and the flex that we’ve had to go through. I think we’ll definitely have to adapt and improve on some key areas that we maybe weren’t as successful in or maybe weren’t as consistent in.

“Then adapt again for the French team. We’re optimistic based off last week’s performance and I definitely think we recognise the areas that we can improve on.

“I think if we can improve on those key areas, I think we can put in equally as good if not a better performance against France.”