Representatives of the four semi-final teams in this season’s Heineken Champions Cup not surprisingly dominate the list of 15 nominees for the prestigious 2021 EPCR European Player of the Year award.

La Rochelle, who have booked a place in the semi-finals for the first time, have clearly impressed the expert panel of judges as five of their in-form players – Grégory Alldritt, Levani Botia, Kevin Gourdon, Raymond Rhule and former tournament winner Will Skelton – have been nominated. 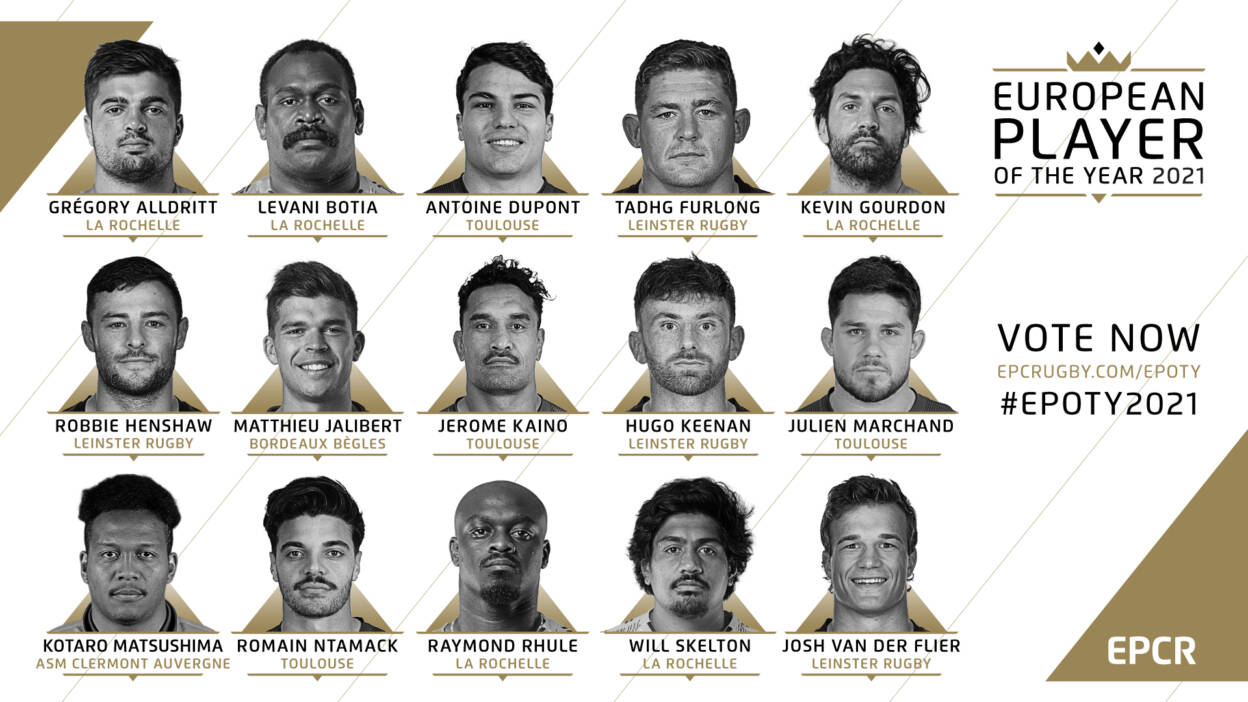 Vote here for your EPCR European Player of the Year.

With players from as many as seven countries – Australia, Fiji, France, Ireland, Japan, New Zealand and South Africa – getting the initial vote of the judges, Matthieu Jalibert of Bordeaux-Bègles and Clermont Auvergne’s Kotaro Matsushima complete the star-studded longlist following their outstanding performances.

The winner of one of the most prized individual accolades in the world game will receive a specially-struck gold medal as well as the Anthony Foley Memorial Trophy.

Voting for the award, which is in its 11th season, is now open here and fans will be in the running to win a signed ball and a signed jersey of one of the Heineken Champions Cup finalist sides.

The list will be reduced to five players in early May, following the Heineken Champions Cup and European Challenge Cup semi-finals, by a combination of the public vote and the verdict of the judges.

Players who have not been included in the initial list of 15, but who make a significant impact in a semi-final match, may be considered for the shortlist.

The voting will then reopen and the winner of the 2021 award will be announced following the Heineken Champions Cup final on Saturday, May 22.