Two of the youngest members of the Irish squad, Wall (20) and Parsons (19) were both on the scoresheet as Adam Griggs’ charges came away from Cardiff with a 45-0 bonus point win.

Now club-mates at Blackrock, the promising pair are amongst the new wave of talent that has been introduced to the international scene in recent years by Griggs and Anthony Eddy, the IRFU Director of Women’s and Sevens Rugby.

Influential front rower Moloney – like Parsons, a native of Galway – is greatly encouraged by how quickly they have developed into full-blown Test players.

“‘Doro’ is a great girl. She’s so hungry for work and she’s got a great attitude to learn. She’ll do anything that Junior (Ciara Griffin) says! That’s always a good thing,” she explained.

“They’ve got a really good relationship as well and it’s really nice to see the younger girls like that looking up to players that aren’t even that old. Junior is only 27 and she’s really growing into that leadership role.

“Dorothy is a fantastic young girl and Beibhinn as well. They’re not even that young anymore, they’ve got plenty of Test experience now and they’re really champing at the bit. They’re pushing the rest of us really.

“In terms of their performances at such a young age, I don’t think I was that component when I had those few caps or was that new into the squad as such. Dorothy is fantastic.” 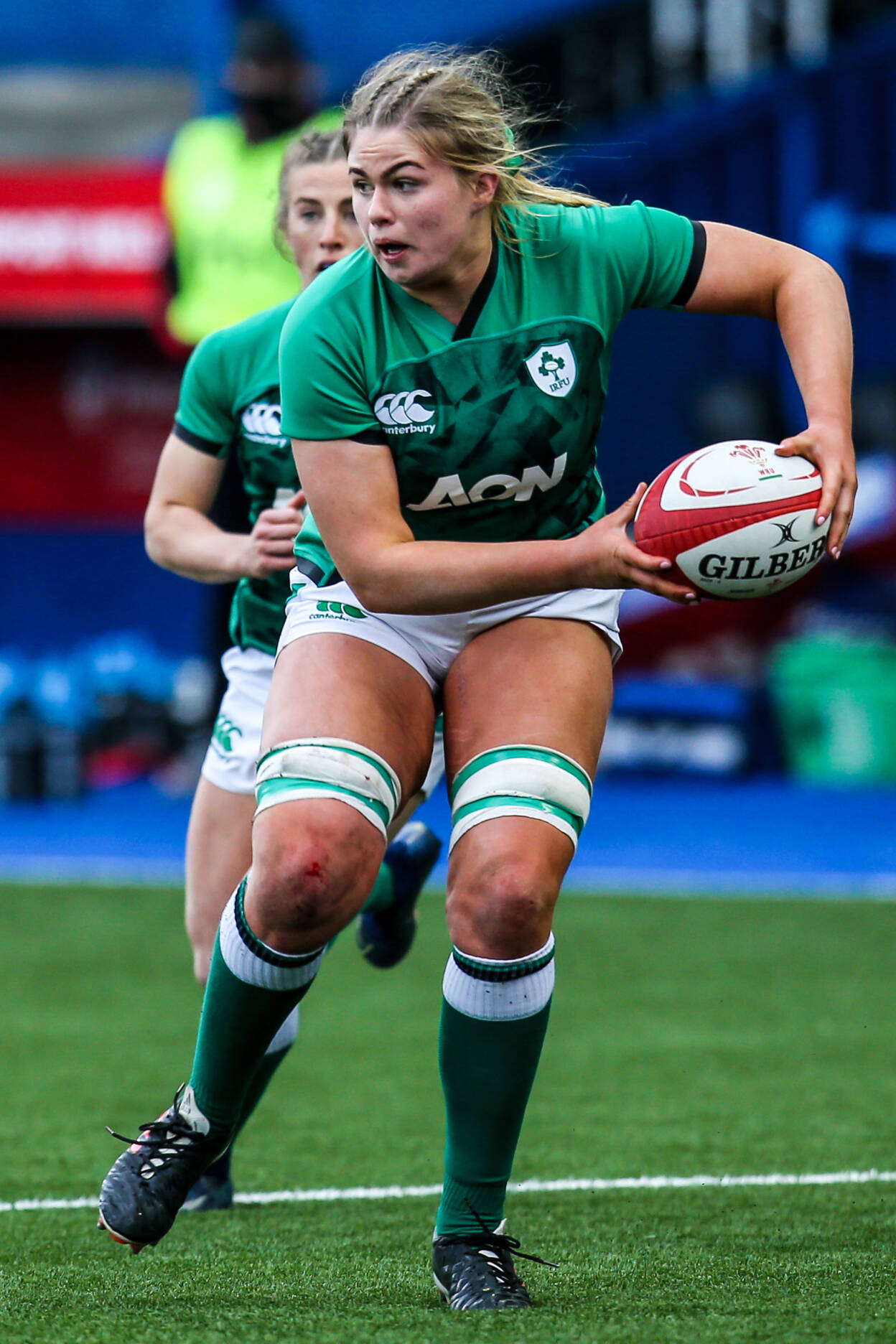 Regarding the game itself, Moloney was understandably delighted to register such a commanding victory in their first outing of the 2021 campaign.

There are areas that will require improvement ahead of the visit of France to Energia Park next Saturday, but she views this as an ideal position to be in.

We hadn’t had a game in a long time and we just wanted to start very, very well. Obviously a very good first half and a lot of things to work on in the second half. Really we’re quite happy in that regard.

“You don’t want a perfect performance going into a really competitive French team and a really tough game, which that is going to be for us.

“We’ve still got stuff to work on and we know we can do some stuff really, really well. It’s a balance of both really. We’re happy with certain aspects of our set piece obviously, but then there are other bits that we need to work on. Just some things we need to clarify from the second half.”

Between Moloney and her replacement Neve Jones, it was a fine evening of lineout throwing for Ireland’s hookers. Of the 13 efforts they delivered, 11 were won by the Irish pack.

While Aoife McDermott is always a primary target for anybody who dons the number two jersey, her second row partner Nichola Fryday also proved to be a useful option for Moloney.

“Along with that, (assistant coach) Steve McGinnis and the rest of our coaching staff have done a lot of work with us on clarity.

“Clarity and execution around the lineout is huge and I am kind of disappointed we didn’t get a full compliment today of our own ball. Just one or two again, not a straight throw. Again, that’s just us being a bit lax on our spacing in the lineout.

Whereas the majority of Ireland’s players were playing their first game of competitive rugby since last October’s home victory over Italy, Moloney was in a small group who had match time under their belts. 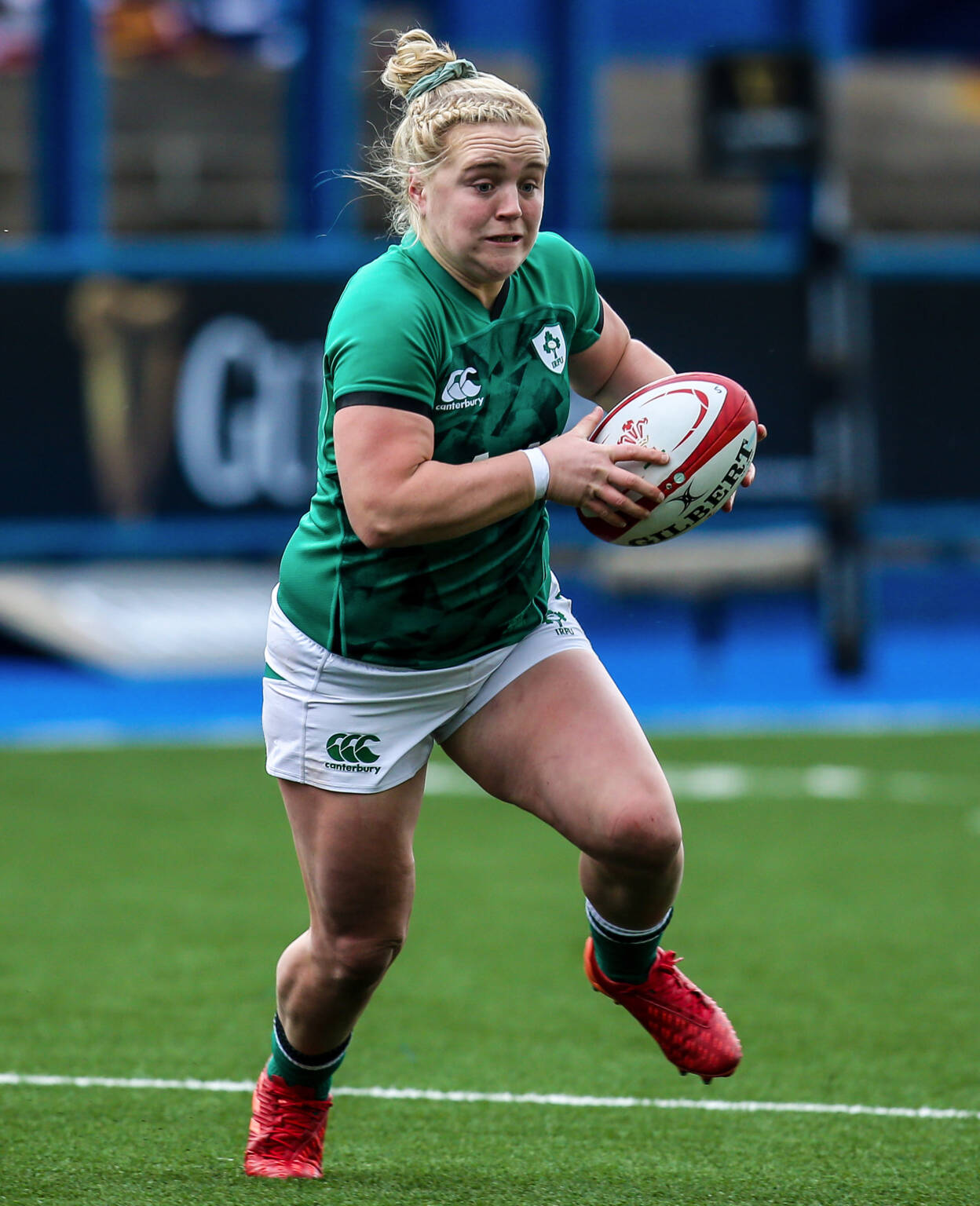 The 27-year-old lines out in the English Premier 15s for Wasps, alongside international team-mate Claire Molloy. Also plying her trade overseas at the moment is back-three specialist Lauren Delany, who has four tries to her name for Sale Sharks in the current campaign.

Although this sharpened the overseas triumvirate for their return to the Ireland camp, the unusual nature of this season’s Premier 15s meant Moloney was glad to be back at this level of competition. She added:

“When we did go to free-kicks today it was interesting because myself and Molloy certainly were used to it, in terms of setting pods and looking at how the attack are going to set up.

“It’s good in that we weren’t game rusty, but then it’s a different kind of game I guess as well. It’s shorter too, we only play 70 minutes in the UK due to Covid as well. It’s just good to get a normal game of rugby back under our belts and obviously get a really good win against Wales.

“Last year we beat them and we beat them well, but we have struggled against them in the past. I think it’s just unfortunate for Wales.

“Obviously it’s not their best performance and they’ll know that too. We’re happy with where we’re at. As in, we’ve got work-ons. We’ve also got some really nice things completed today.”