Two-try full-back Eimear Considine said that a quick start was the key to Ireland’s emphatic 45-0 win over Wales in their opening game of the Women’s Six Nations.

Playing their first competitive game in almost six months, Ireland hit the ground running in Cardiff and had already secured a bonus point by the 18th minute.

Considine and Beibhinn Parsons were the try-scoring stars during the early exchanges as they registered a brace of tries each to move Adam Griggs’ side clear of the Welsh side.

Speaking afterwards, Considine insisted: “We’ve said it enough in the build-up to this. We started slowly in a lot of our last games, so our main aim was just to get out and do the basics right. It wasn’t anything fancy.

“It was punch it up, get some gain-line. Get some momentum and just pick out those gaps at the seams. It was the simple things, it was the basic stuff that did it early in the first half and we were really, really happy with that.”

The Clare woman got the ball rolling by crossing the whitewash with just over two minutes on the clock, before following up with a superb finish from far out to compliment Parsons’ quick-fire scores.

From Considine’s point of view, it was a case of playing what was in front of her for both efforts.

It was a great break from Hannah (Tyrrell) and then a great spot from Kathryn Dane just to send it wide. I could have passed it to Beibhinn, but just the gap opened up in front of me.

“I was pretty happy with that one and the other one just came out of nothing. I planned on passing it out to Lauren Delany and she was marked, so I just said I’d keep going. It just absolutely opened up.”

In the days building up to Ireland’s Pool B opener, a number of the players had spoken about the work they had done on their fitness levels – with the help of strength and conditioning coach Orlaith Curran. 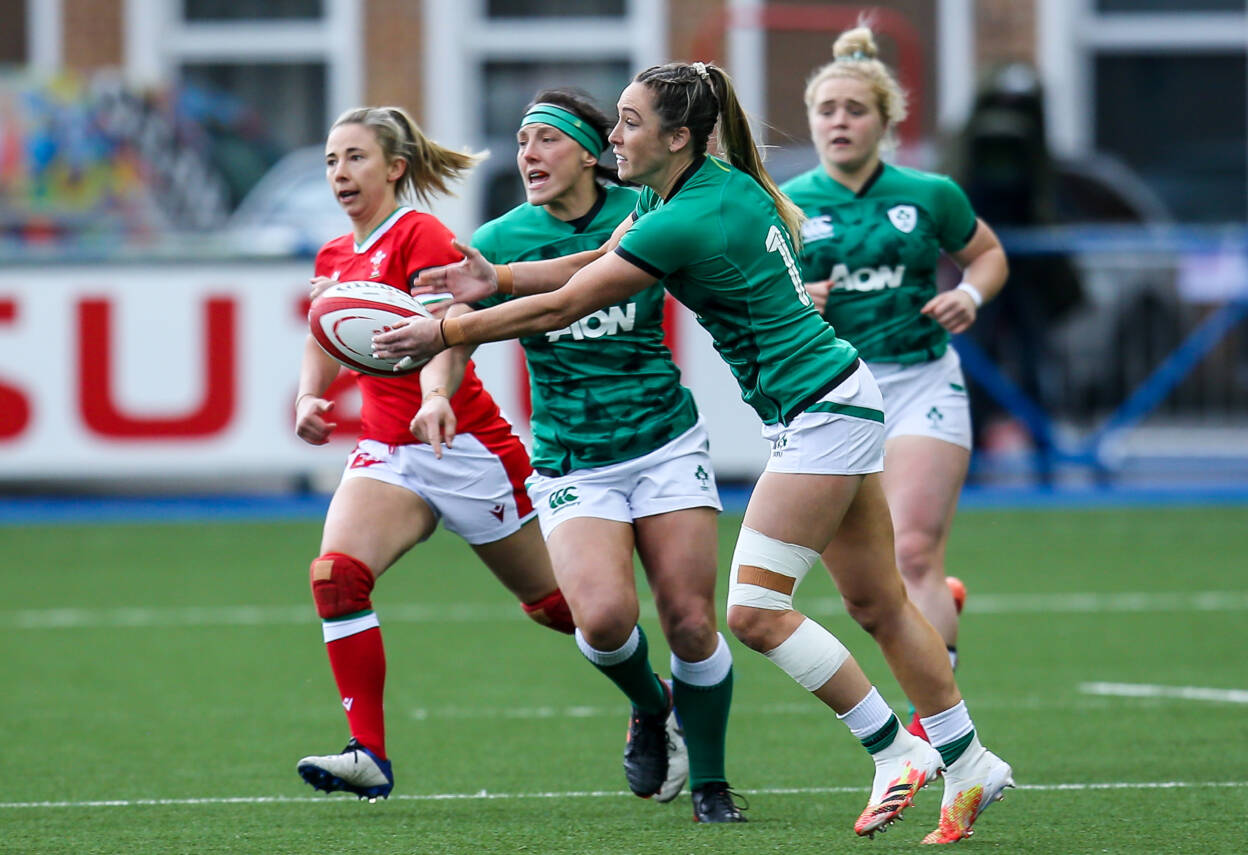 They were very confident that a big performance was on the horizon, and Considine was thrilled that they were able to back it up in the Welsh capital.

“We did a lot of talking last week, but I think from being inside…the intensity of our training sessions, what we’ve gone through for the last year essentially. We’re training to make it harder than game day.

“We knew we were fitter, we knew we were faster. We did a lot of talking during the week and it was about backing it up. Proving what we knew inside as a squad.

“What our management knew, what our coaches knew. What everyone knew. I’m glad that we got to put on a performance today. Albeit not perfect, but again I personally hadn’t played a match in 13 months.

“A lot of the girls hadn’t played a match in six months (since the win over Italy). You have to give some bit of rustiness going out there.”

In comparison to the first half, which saw them running in five tries, Ireland’s error count increased on the resumption. It was not until the 72nd minute that their next score arrived, a first senior international try for flanker Dorothy Wall.

Out-half Tyrrell, the player-of-the-match, was then on hand to round off the scoring with a seven-point salvo past the 80-minute mark.

Considine felt it was always going to be difficult to match their prolific performance in the opening 40 minutes, but acknowledged there are some lessons to take from their second half showing. 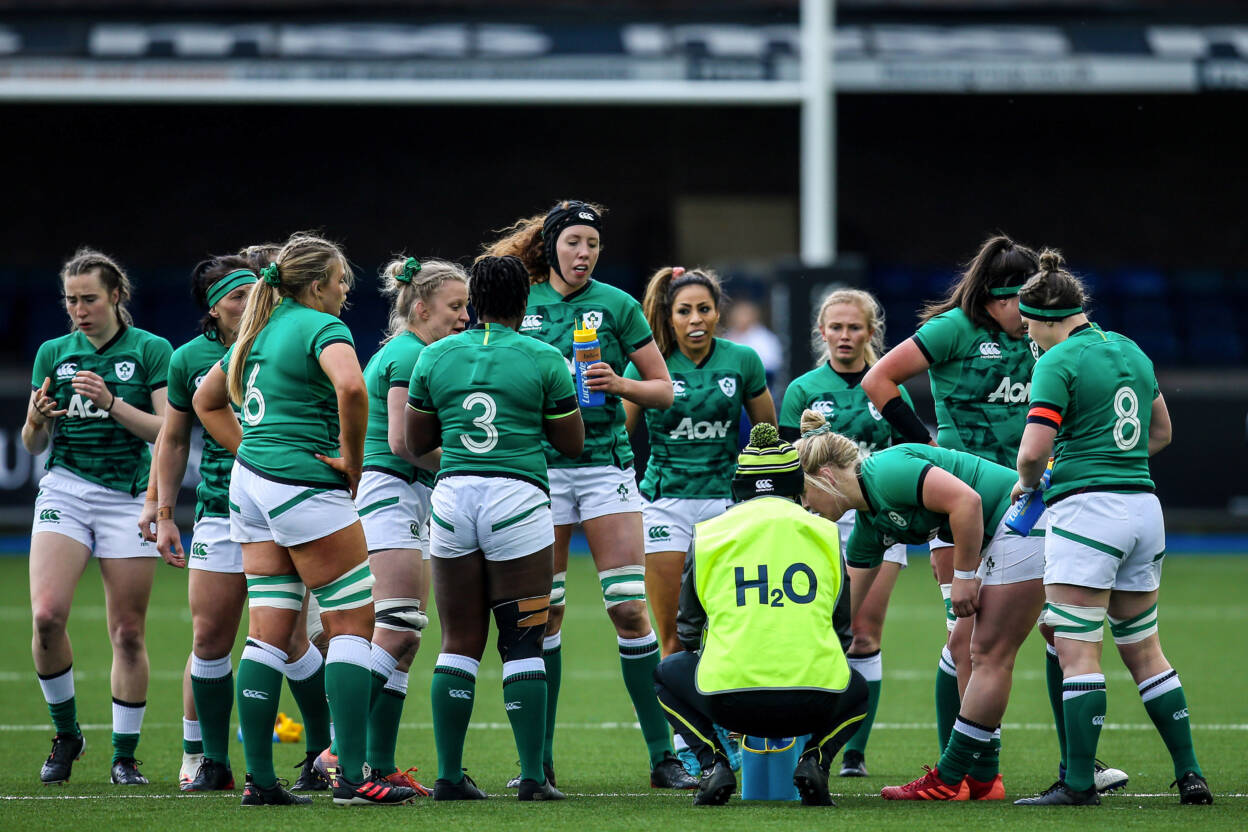 “It’s hard to replicate what we did in the first half. It was very good. Our lineout was phenomenal. Our set-piece was phenomenal. Between winning our own ball and stealing the other side’s ball, it was great there,” said the 29-year-old.

“I just think we needed to be a bit more patient. I think we got maybe ahead of ourselves. A bit more composure, a bit more structure. I think we have to earn the right to go wide.

The Ireland Women will now look to back up their strong start to the campaign when France arrive at Energia Park next Saturday (kick-off 2.15pm), with the prize on offer for the winners being a Championship final against England.

The French are expected to be a dangerous proposition, having convincingly accounted for Wales themselves on a 53-0 scoreline. Nonetheless, Considine has only one goal on her mind ahead of the Donnybrook duel, adding:

France are going to be a completely different kettle of fish and we know that. We didn’t underestimate Wales either. I know me personally, I haven’t had a very good record against Wales.

“We didn’t know what Wales was going to turn up. France will be completely different. They put 50-something points on them (Wales) last week.

“We’re hoping to give them a game, we’re hoping to win that game. There’s absolutely no denying that. After that performance there, it wasn’t perfect and we still managed to do that. Even at half-time, we were still looking at what we needed to work on.

“We can’t just settle on that and I think that’s the great thing about this squad. Yeah, we’re at a level we want to be, but we’re always striving and always pushing to get further.”