Following a long spell without a game, the Ireland Women’s team will return to Six Nations action against Wales at Cardiff Arms Park on Saturday (kick-off 5pm).

Under a new Six Nations format and in a different international window due to the disruption caused by the Covid-19 pandemic, Ireland find themselves in a pool of three teams, with France completing the line-up.

This will be Ireland’s first game in the tournament for almost six months, with their most recent outing being a 21-7 victory over Italy at Energia Park on October 24 of last year.

While it has been a frustrating time for all those involved in the set-up, this is especially true in the case of second row Aoife McDermott.

She missed out on facing the Azzurri through injury, which means her last on-field contribution to the Irish cause was more than a year ago in a comprehensive defeat to England in Doncaster.

Now with several months of intense training now under her belt, the Sligo woman is itching to return, admitting: “There’s a great buzz around camp. I’ve been waiting 13 months (for this), some of the girls have been waiting six months.

“Preparations have gone well and we’re just excited to get out there and put on the jersey. Training has been going really well, we’ve been incredibly sharp.

“I think we’re the fittest, strongest and fastest we’ve ever been. We’ve come a huge way in the last twelve months so we may not have had a game but we now have that opportunity to see what they’re about.

“Analyse them and maybe stop some of their threats. Wales haven’t seen us play in a while so hopefully we’ll be able to catch them on the hop on Saturday.

“We’re just really excited to go. I think most teams are in the same position and they only have one game up on us. It’s not a huge amount that it’s going to have a massive impact.” 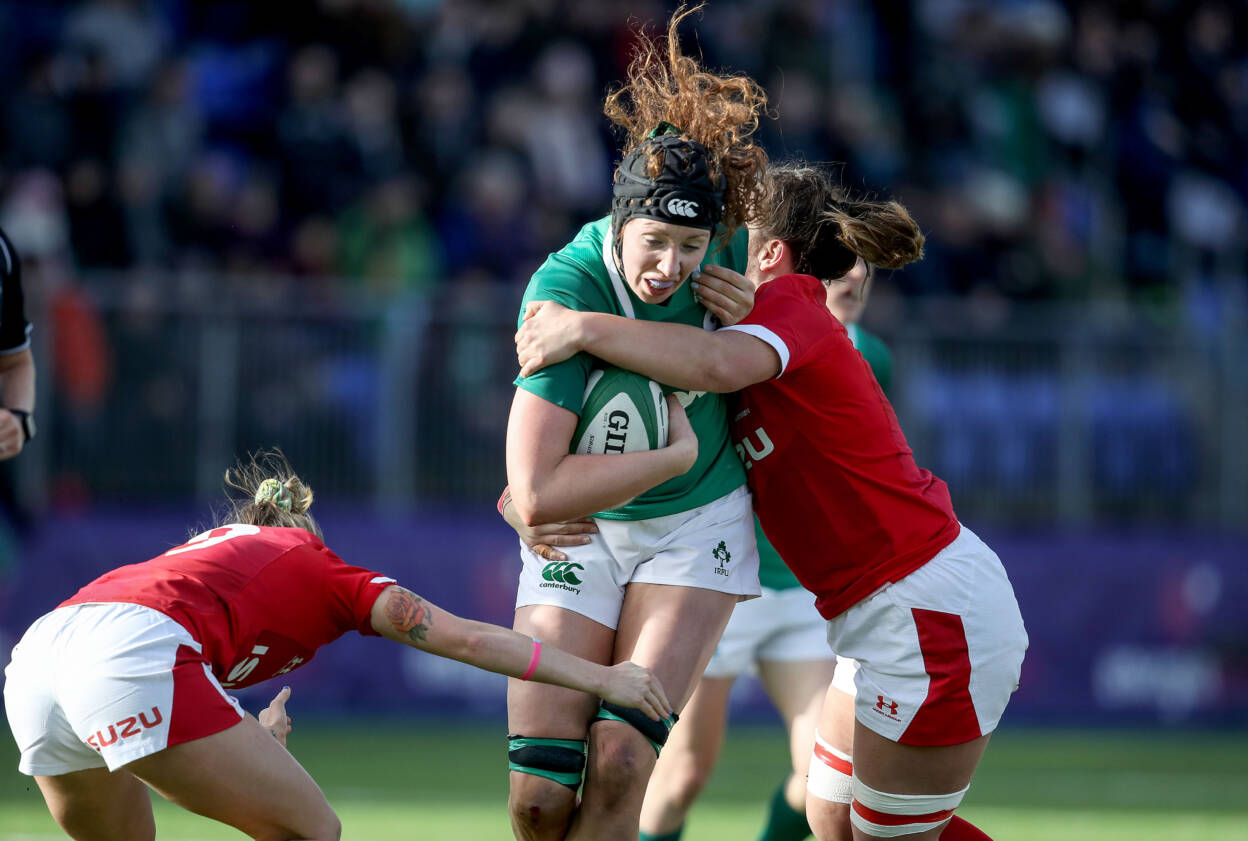 Whereas in previous seasons – barring postponements – all six teams in the Championship began their campaigns on the same weekend, Ireland were left idle for last weekend’s opening round.

Wales, on the other hand, were in action in Vannes where they suffered a heavy 53-0 loss at the hands of an impressive French outfit.

In recent years, in an effort to aid their respective preparations for the Six Nations, Ireland and Wales have regularly faced each other in warm-up encounters.

With this not being possible in 2021, McDermott acknowledged being able to review their performance against France will be a bonus ahead of this weekend’s second round clash in the Welsh capital.

I think it’s an advantage to us having seen them play last weekend. We’ll be able to really analyse them and hopefully figure out their systems of play.

“For me, from a lineout point of view, see what their lineout (is like) and hopefully disrupt that as much as you can on Saturday.

“I’m excited having watched them play last week, I think we can really go out and have a strong performance against them.”

Unlike the rest of the teams in the Six Nations, Wales were left idle when the 2020 version of the tournament resumed last October. They were due to host Scotland on November 1, before the fixture was cancelled.

McDermott noted: “France came out firing and played a very exciting, attacking form of rugby. That we’ll have to be very switched on and alert to, from a defensive point of view, in two weeks’ time.

I think in ways with Wales, you could tell they hadn’t played a game in so long. They were probably not as sharp and tuned in as France have been, but I don’t expect the same scenario this weekend.

“As we say, they have a game under their belt. They have that Test match there now, so they’re going to come probably a bit battered and a bit bruised, and a bit hungry to right the wrongs of last week when they face us on Saturday.

“We’re under no illusion that they’ll be coming looking for a victory. We have work to do.”

Since facing Italy in Dublin last October, the Ireland squad have taken part in more than 20 training camps – with over 60 pitch sessions – at the IRFU High Performance Centre in Blanchardstown. 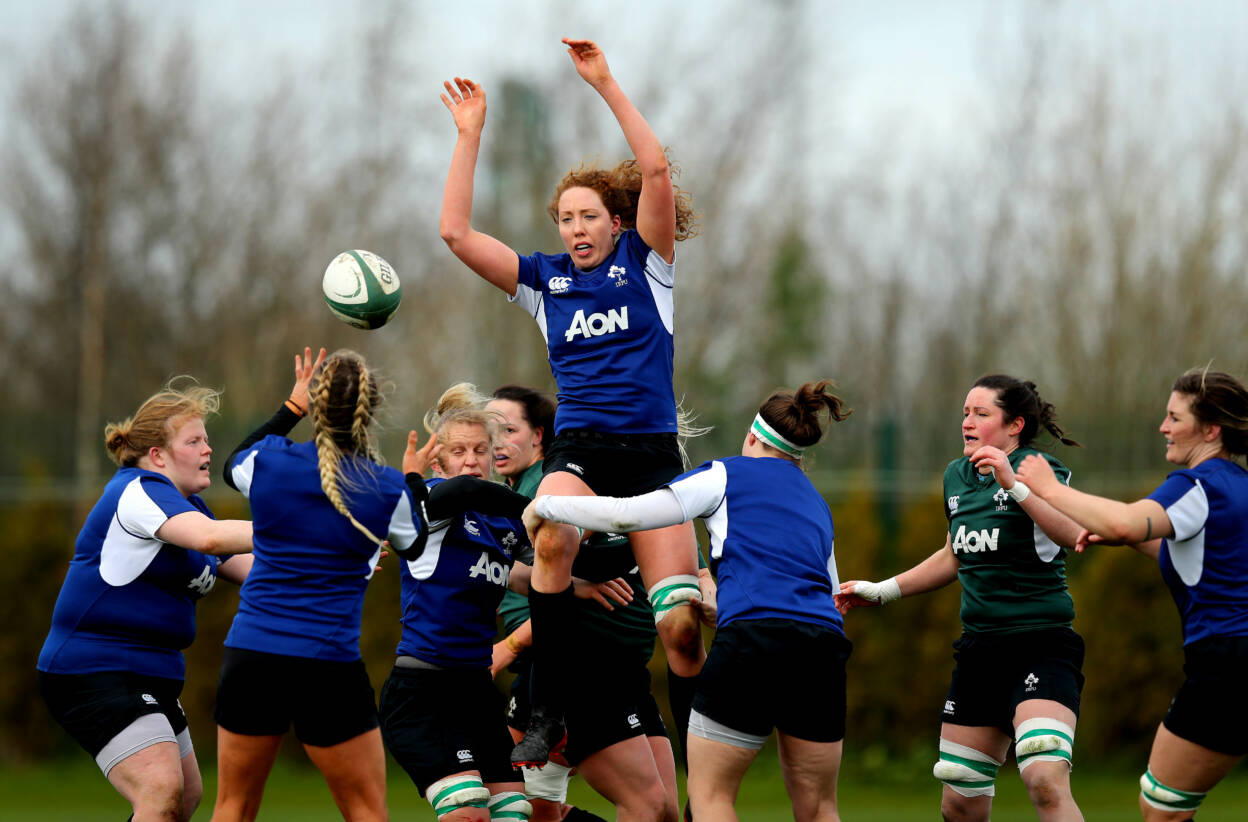 Despite all the restrictions that are currently in place as the nation continues its fight against the spread of the Coronavirus, there have been ample opportunities for the players to bond together as a group.

“It’s hard because of all the Covid protocols and stuff, where you can’t be in a particular room for longer than 15 minutes,” explained McDermott, the Railway Union and Leinster lock.

“You have your designated changing rooms and your designated eating rooms. You tend to spend time with people in that bubble of yours, but it has been great. We’ve welcomed in some of the Sevens girls.

“We had a little sports day, so we all had mini teams. We were put into our mini teams and we had egg and spoon races. Sack races. Different things like that.

“We played volleyball and soccer with a giant yoga ball. We quickly found that some people are just made for rugby! Some team-mates aren’t going to be able to crossover to other sports. That was a great one.”