Connacht Rugby have announced their new coaching team for next season, with Australian Andy Friend at the helm for a fourth year.

Beginning in the 2021/22 campaign, Peter Wilkins will move to a new role of senior coach where he will have primary responsibility for attack.

He will be supported by Mossy Lawler who has been appointed assistant attack & skills coach, in addition to Colm Tucker who comes on board as defence & forwards technical skills coach.

A process to recruit Connacht’s new forwards coach is also now currently underway following the announcement of the departure of Jimmy Duffy at the end of this season.

These changes will take the size of the Connacht coaching set-up from four to five, providing head coach Friend with greater coverage across each of the respective areas of the game.

The London-born Wilkins first joined Connacht as defence coach as 2017, having previously held the same role at Scottish club Edinburgh for two seasons.

He arrived at Edinburgh having spent eight years in Australia, where he first began work at Queensland Reds as performance analyst, moving through the ranks to become skills coach and then defence coach, as well as head coach of the ‘A’ side.

Lawler joined Connacht as a coach in 2014 after a successful playing career with Munster and Wasps. The Limerick man made 65 appearances for the province between 2001 and 2008, winning two Heineken Cups in the process.

He has spent the last six years as Elite Player Development Officer in the Connacht Academy and four years as head coach of Connacht Eagles.

Meanwhile, Tucker joined Connacht in 2015 as a Coach Development Officer before moving to the role of Provincial Talent Coach twelve months later.

Subsequently, the Limerick native become an Elite Player Development Officer, working primarily with the forwards in the Connacht Academy and as forwards and defence coach with Connacht Eagles.

Between them, Tucker and Lawler have been instrumental in the development of the many Connacht Academy players who have moved up to the westerners’ senior squad in recent years. 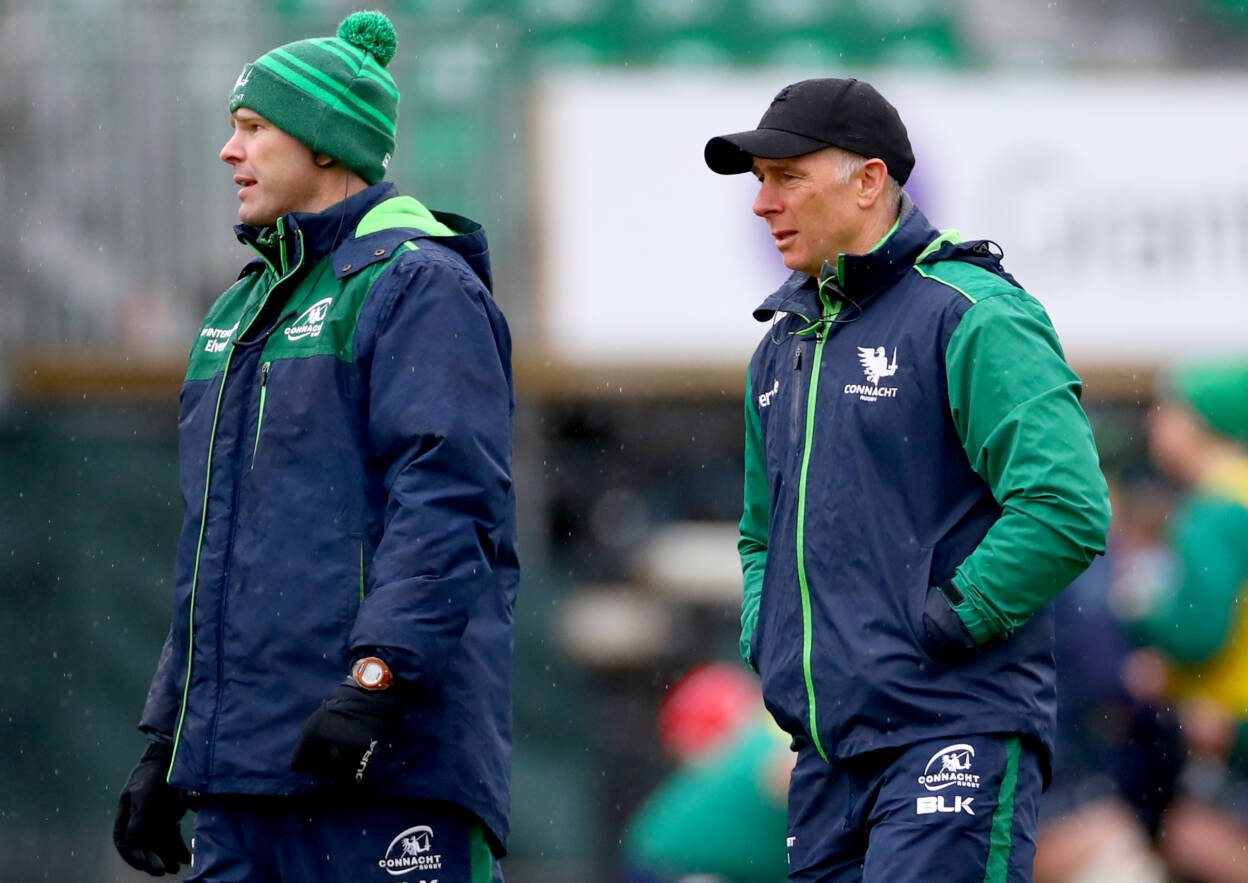 Commenting on today’s announcement, Friend said: “This is really exciting development for Connacht Rugby. Firstly, with Peter as our new senior coach, we have someone who has been a crucial part of the coaching team since my arrival.

Pete has an incredible knowledge of the game and has built up a wealth of experience across the PRO14 and Super Rugby. I know he will thrive in his new role of implementing strategies across a number of areas of our programme.

“I’m equally pleased to welcome Colm and Mossy into our coaching set-up from next season. I’ve always believed in strong integration between the professional and Academy environments, so we’ve been working closely together the past few years.

“Like Nigel (Carolan) and Jimmy before them when they first became pro coaches, they have worked their way through the coaching ranks here.

“They have played a major part in the development of the many young players we have in our squad. Their appointments will allow for even greater continuity as we continue to develop our homegrown talent.

“We’ve also started the process of recruiting a new forwards coach, so I’m very excited by what we, as a coaching team, can achieve in the years ahead.”