Galway native Jimmy Duffy has had a long association with Connacht Rugby as a player, a development officer and a coach ©INPHO/Laszlo Geczo

Connacht Rugby have announced that Jimmy Duffy will leave the province at the end of the season.

Duffy has held the role of forwards coach at Connacht since June 2015 and was part of the coaching team that oversaw the successful Guinness PRO12 title-winning campaign of 2015/16.

Issuing a statement to confirm his departure, Duffy said: “This has been a tough decision for me and my family, but I feel it’s the right one as I look to progress my coaching career.

Connacht Rugby has been a major part of my life stretching over 25 years, so it was never going to be easy when the day comes to move on.

“I feel now is the time for me to stretch myself and further my development as a coach. I cannot begin to thank everyone at Connacht enough for all they have done for me during my association with the province.

“It’s a great organisation with a bright future, and I leave at the end of the season firmly in the belief that even better days are ahead.

“I’d particularly like to thank Andy Friend and Willie Ruane for their constant understanding and support as I made my decision, as well as all the staff, players and supporters. I look forward to watching Connacht develop even further in the years ahead.”

Head coach Friend says he has nothing but praise for Duffy after their three years working together, noting: “Jimmy is a consummate professional and an excellent forwards coach who I’ve had the pleasure of working with since 2018.

“His dedication, knowledge of the game and constant drive to further develop our players has been first rate. Our current crop of forwards are all the better because of him and I know he’ll succeed wherever the future takes him.

“While we would have preferred to see Jimmy sign on with us again, we would never stand in the way of any coach when they feel the time is right to move on.” 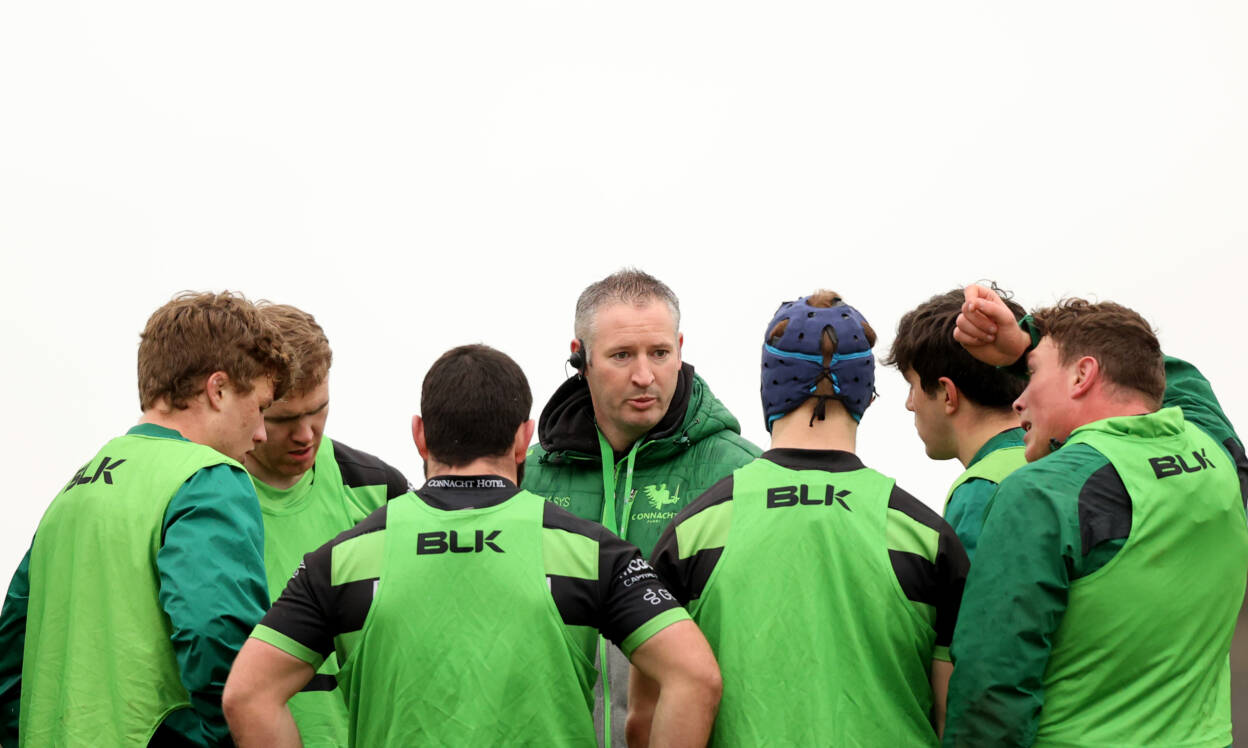 Ruane, the Connacht Rugby CEO, has thanked Duffy both for his commitment to Connacht, and the legacy he will have left behind at all levels of the game.

“We are naturally disappointed by Jimmy’s decision to move on, but we wish him nothing but the best for everything in the future,” he said.

He leaves behind a really strong legacy at the province, not just as a coach with the professional team but also going back to his days developing coaches within our clubs and schools, as well as his work with our underage squads and as a very accomplished former Connacht player.

“The part he played in delivering our first ever trophy in 2016 will never be forgotten by the province or by our supporters.

“On behalf of everyone at Connacht Rugby, I’d like to sincerely thank him for everything he’s done for us and to wish himself, Orla and Joseph all the very best for the future and the next stage of their journey.”