The Athlone man, who also lines out with Ringrose at provincial level with Leinster, touched down to give Ireland a flying start and an 8-0 lead in as many minutes.

While Scotland enjoyed some purple patches during the game and left the visitors sweating until the very end, Henshaw remained a potent force throughout.

He made 24 metres off 15 carries, executed nine passes and also forced two turnovers, with Ringrose remarking afterwards: “Sometimes when you’re playing with him it’s like having an extra centre out there with some of the work he gets through.

“He’s been unbelievable during the games, but it doesn’t happen by accident with how hard he trains and prepares at the same time. I said it from the off and still do. I really consider myself lucky to play alongside him with the quality he brings, on and off the pitch.”

With just over six minutes remaining, a converted Hamish Watson score brought Scotland back on level terms. This was a barnstorming effort from Gregor Townsend’s charges, who had trailed by all of 14 points towards the end of the third quarter. 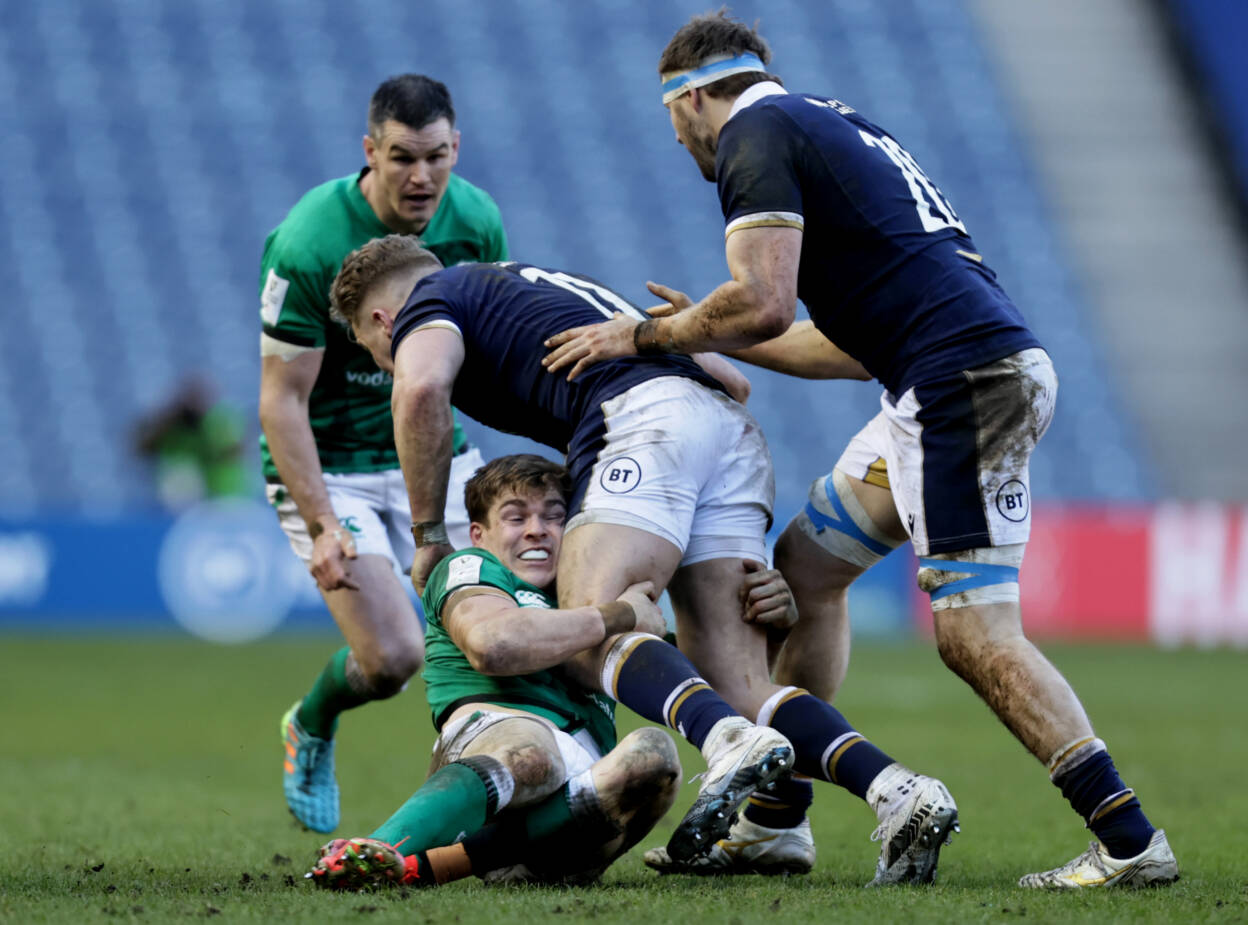 Ireland kept their cool in the face of mounting Scottish pressure, however, with captain Jonathan Sexton nailing a subsequent penalty to give his side a second successive Six Nations victory.

Despite the momentum swing in Scotland’s favour, Ringrose was always confident of finding a way to victory towards the end of this enthralling Celtic derby.

I think that belief is definitely within the group. Obviously we got back into it with what we know would work to a certain extent.

“We stuck to that and thankfully managed to clinch it with an unbelievable kick from Johnny. Everybody really stays calm under pressure.”

It emerged afterwards that Ringrose was forced to play through the pain barrier in the frantic conclusion to the match, after taking a bang on his ankle. Yet, the 26-year-old is hopeful it will not be anything too serious.

“Just towards the end there I took a knock on it. I was limping for a little bit towards the end, but it was one of those ones you just need to grit your teeth and get on with it,” he explained.

“It doesn’t present too badly now afterwards with the doctors. I’ll just get a bit of ice on it and we’ll have a day off tomorrow, which is good from a recovery front, and hopefully I’ll be okay.” 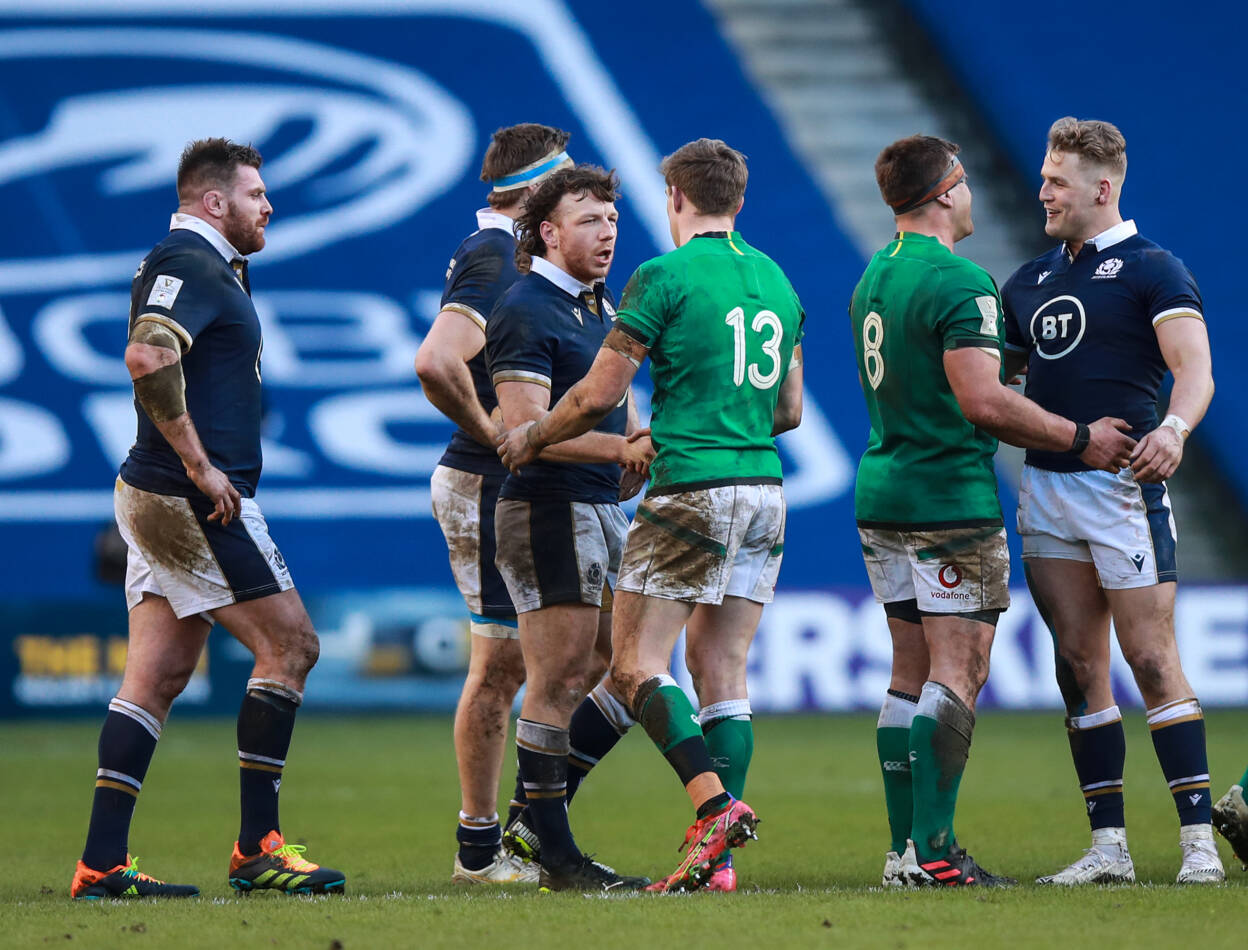 Although it was a much tighter affair, today’s game saw Ireland building on some of the positive aspects of their round three triumph over Italy.

Ringrose believes they need to show a bit more of this when England visit the Aviva Stadium next Saturday for a final round showdown, while also being wary of the challenge posed by Eddie Jones’ men.

I think being aware of their threats is definitely something that we’ll have to do and that starts in our preparation really from now, because of the six-day turnaround.

“Equally, we need to work hard to keep growing and bring the best version of ourselves. It’s balancing the two.

“Of being really ready for their threats and what they can bring, as well as doing the same ourselves and bringing the best version of ourselves. Because obviously we’ll have to do that to beat them. It will be a bit of both in our preparation.”